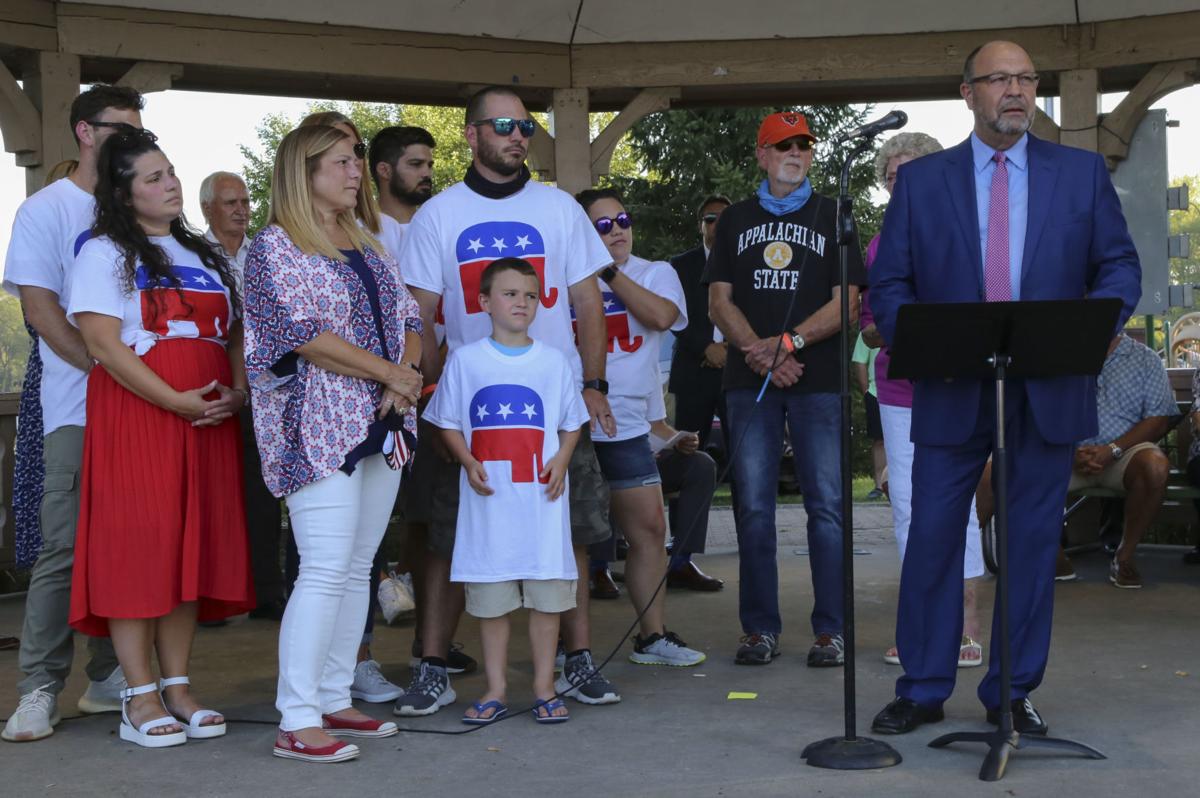 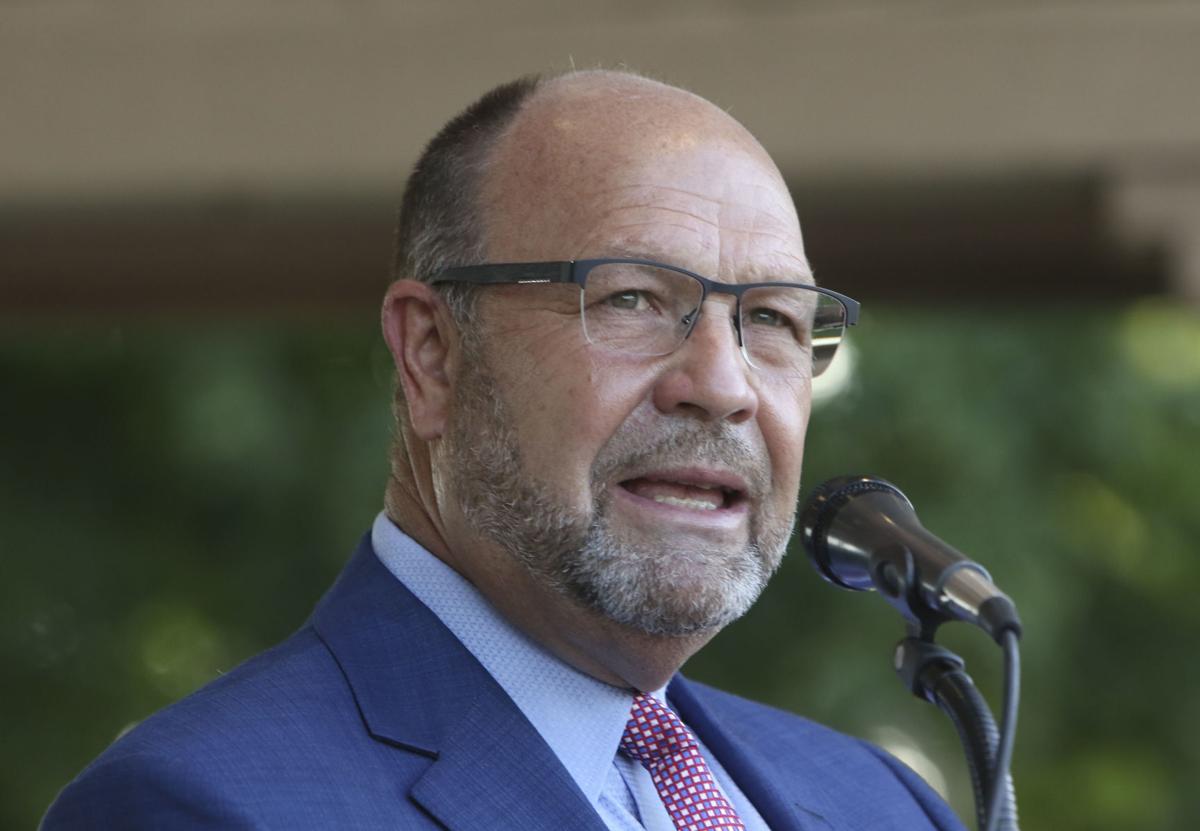 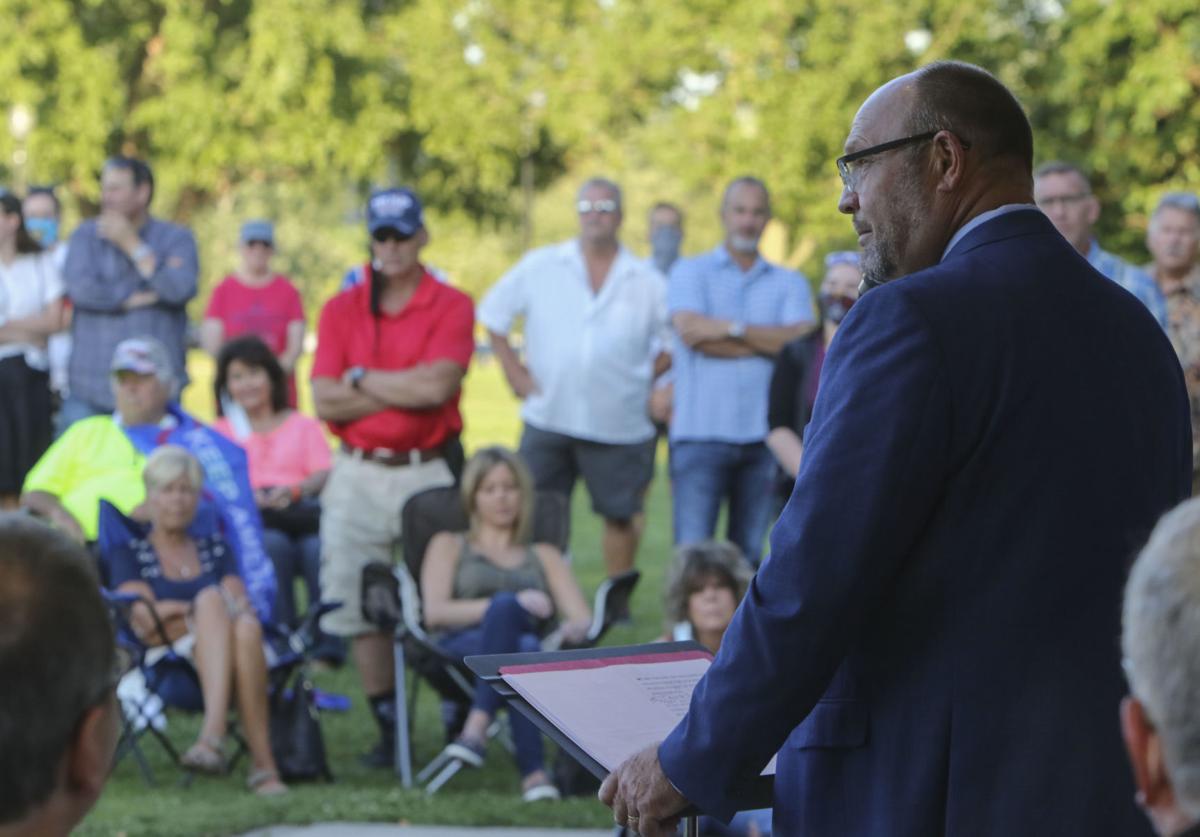 Surrounded by family, elected officials and supporters, Snedecor became emotional as he made the announcement Wednesday at Festival Park.

“I must be true to my God, my family, myself and those that have supported and believed in me,” Snedecor said. “So today I am formally announcing that I am leaving the Democratic Party and that I am joining the Republican party.”

Snedecor said his leadership won’t be altered after switching political parties. He promised to remain vigilant to the city’s needs and to continue working to make Hobart a safe, strong and thriving community.

“Although my party has changed, my concern, care and love for the citizens of Hobart has not,” Snedecor said. “I want Hobart to be a place for business to come and the American Dream to be achieved.”

Snedecor, who is serving his fourth consecutive term in office, said work to enhance the community will be collaborative.

“I am truly honored to serve with a fantastic and dedicated group of councilmen and (Clerk-Treasurer Deb Longer),” Snedecor said.

He said his decision to join the Republican Party comes after changes within the Democratic Party.

Snedecor said when he first ran for the mayor’s office 13 years ago, the views and platforms of the national Democratic Party were modern, conservative and appealed to many “to make the nation special.”

He said he’s become increasingly concerned during the last several months as the national Democratic platform has moved “more and more to the left.”

“The efforts of the progressive left have driven many people, moderates and conservatives, away from the Democratic Party,” Snedecor said.

Snedecor said he took plenty of time to reflect on the situation before chose how he would proceed.

“My decision and announcement has not been quick, rash or without contemplation,” he said.

“Today we stand with Mayor Snedecor as proud Republicans and we know that we can meet and defeat any challenge by acting with great purpose and expanding on the values and principles that we hold dear,” Crouch said.

Lake County Republican Chairman Dan Dernulc said he and Snedecor have had conversations about the party change for months.

Dernulc said the decision isn’t adversarial to the Democratic Party, but Snedecor made it because his views line up with the Republican Party.

As Snedecor discussed his decision, he said he will continue to support unions as a Republican.

The Northwestern Indiana Building and Construction Trades Council made it clear they will return that support.

“We support people and policy, not politics,” said Randy Palmateer, business manager for the Northwestern Indiana Building and Construction Trades Council. “You have our support no matter what party you are.”

City Councilman Matt Claussen was among Democrats who say they continue to back Snedecor.

“Brian and I have always seen eye to eye on almost every issue we’ve come to, and if we didn’t, we’ve always been able to talk it out together,” Claussen said. “I’ve always supported Brian and I continue to support Brian, he’s a good man, a good person.”

Mayor Brian Snedecor on Sunday was sworn in for his fourth consecutive term in office. It’s an accomplishment no other mayor has achieved in Hobart.