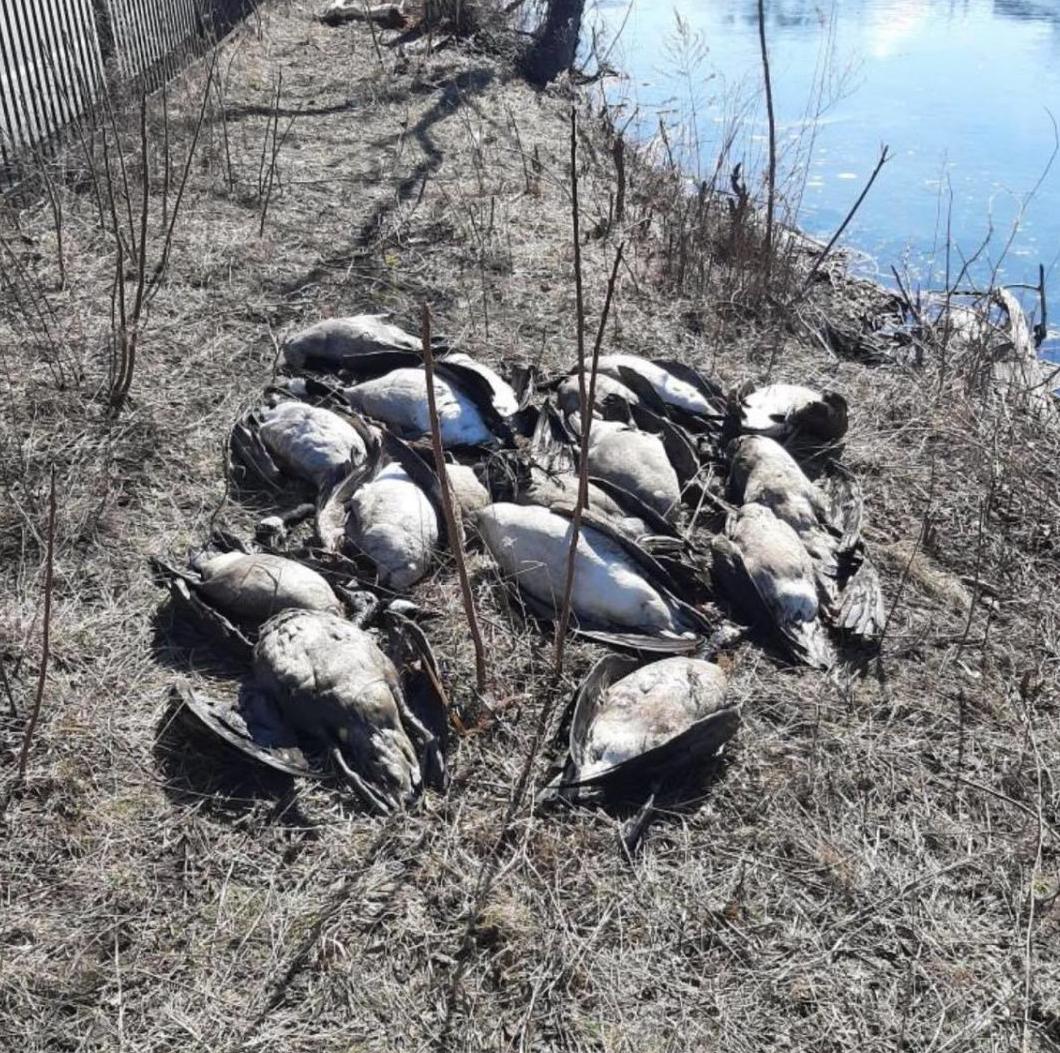 Dead geese lie along the shore of Wolf Lake in Hammond. The DNR is investigating after receiving several reports of dead waterfowl at the lake since mid-February. 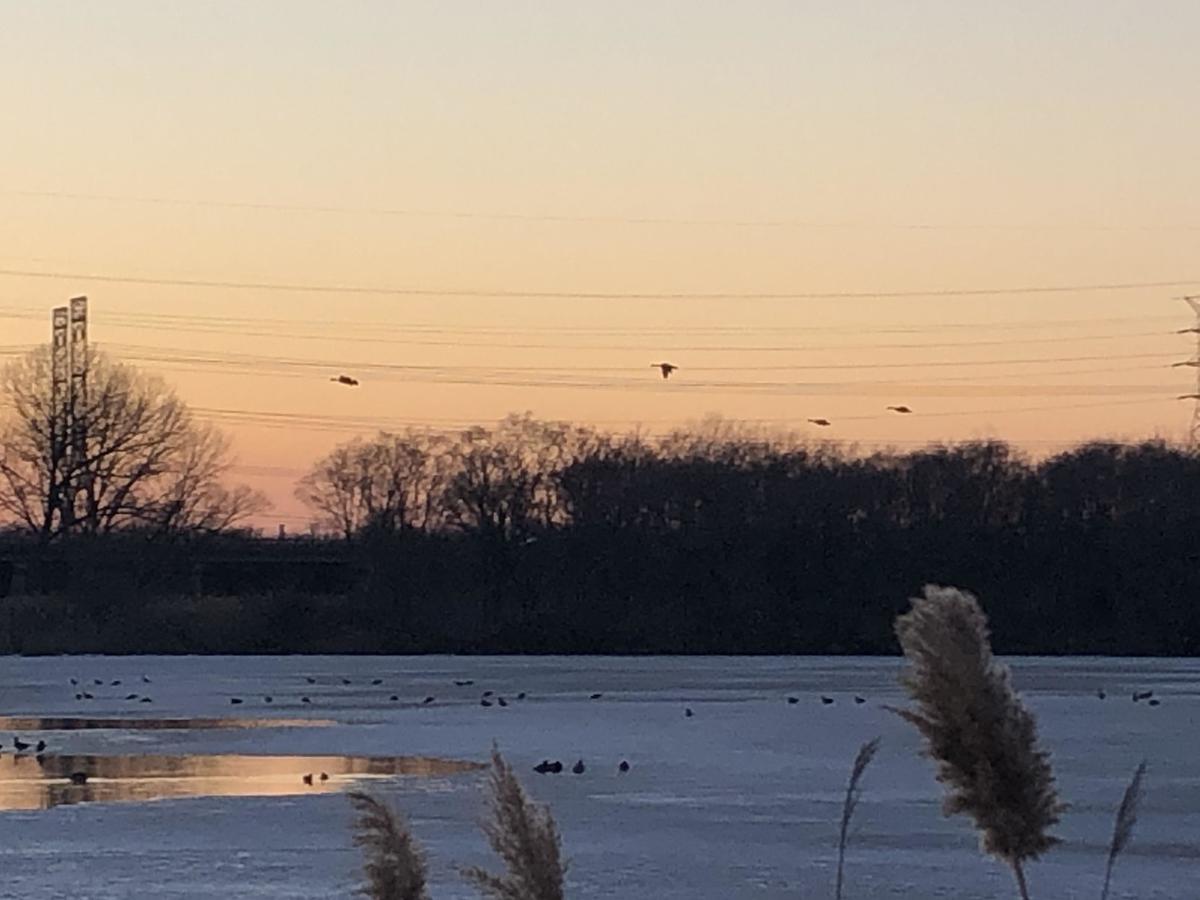 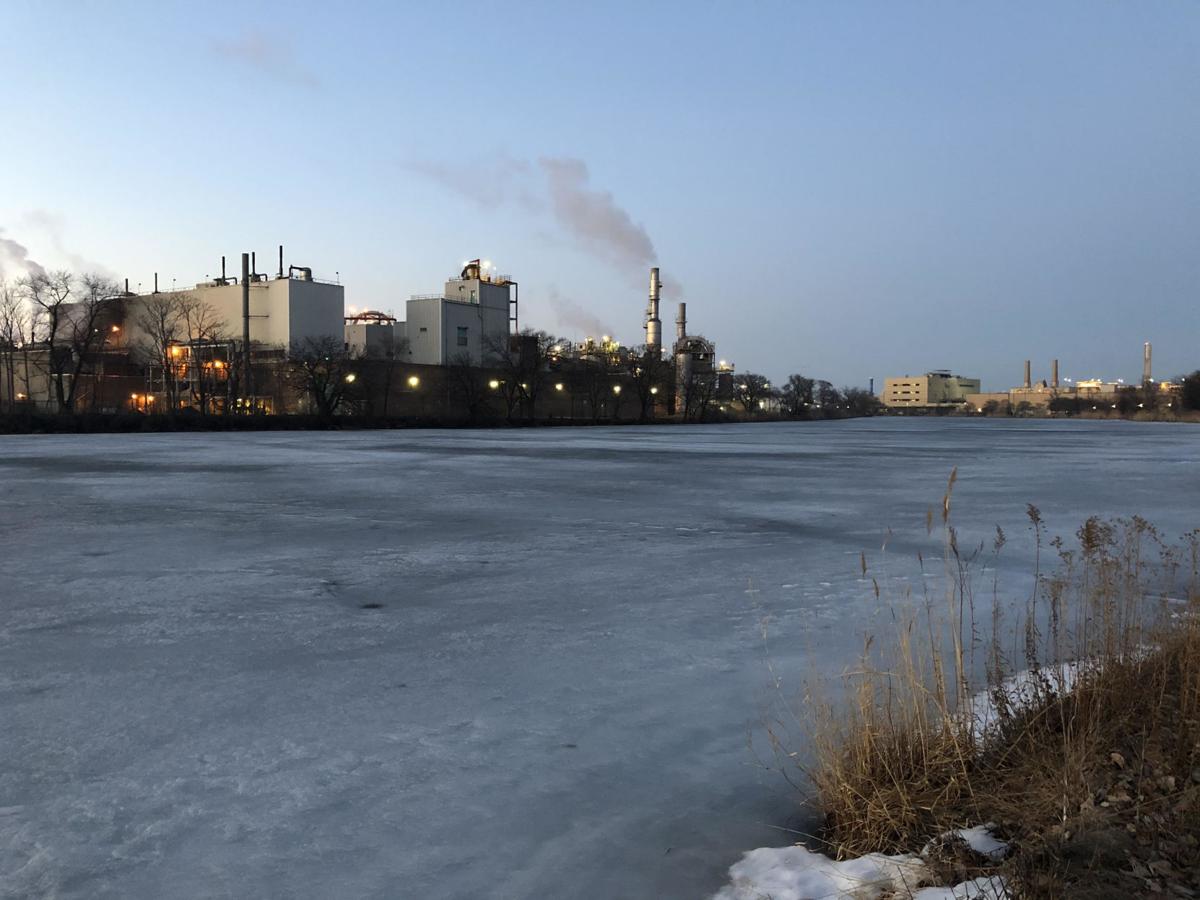 Dead waterfowl were found earlier this spring in the northern portion of Wolf Lake in Hammond.

HAMMOND — Environmental officials warned the public to avoid Wolf Lake as an investigation is underway into the dozens of dead waterfowl reported in the area.

On Thursday, the Indiana Department of Environmental made an announcement asking the public to stay away from the Hammond lake until the investigation is concluded concluded and the cause of death is determined.

After several dead geese and ducks were discovered around the northern portion of Hammond's Wolf Lake, multiple agencies have launched an investigation into the mysterious string of deaths.

IDEM said reports of dead fish have also been reported at Wolf Lake.

The Indiana Department of Natural Resources began getting reports of dead waterfowl in the area mid-February, said DNR Director of Communications James Brindle.

"We have received multiple reports of sick or dead geese at Wolf Lake," Brindle said.

Officials were unable to say exactly how many waterfowl have been found dead at the site in total but said dozens have been reported.

Leo Mores, of Robertsdale, frequently fishes at Wolf Lake and first noticed  a few dead geese turning up on Feb. 27. However, when he went to the lake Monday he was shocked at all of the waterfowl corpses. He said he found more than 20 dead geese, ducks and coots.

"It's really sad," Mores said. "I saw a couple today that looked half dead. When I was picking one goose out of the water I saw one swimming that looked like it was barely living. It's a shame."

Mores said he collected the corpses, which were lying along the shore and floating in the lake, and Hammond workers arrived shortly after to clean up the area. He saved some of the tracking bands on the dead waterfowl, and after some research, learned that one them was a 10-year-old goose born in Thunder Bay, Canada.

Investigators collected the deceased waterfowl and sent the remains to a lab at the U.S.G.S. National Wildlife Health Center the week of Feb. 22, Brindle said. The lab staff is performing tests on the remains to determine the cause of death.

The lab results will show whether the birds suffered any diseases or if there are natural components such as chemicals found in their bodies. Brindle said it is unknown what date the results will be received and the investigation is ongoing.

The Indiana Department of Environmental Management is also investigating alongside the DNR Division of Fish and Wildlife.

Lt. Shawn D. Brown, of DNR Law Enforcement, said the agency has received calls about the dead birds as recently as Wednesday. Brown said the reports included dead Canadian geese, mallards and coots, which is a medium, black waterfowl.

There were no other areas in Northwest Indiana that have been the subject of similar reports.

While the northern area of Wolf Lake does have industrial sites, such as the nearby Cargill Texturizing Solutions plant, natural causes are also a possibility, officials said.

On Tuesday, avian cholera was confirmed among geese in southwest Indiana in Gibson County, according to the DNR. The agency reported 176 snow geese have been found dead in the county since the start of January.

Avian cholera is highly contagious among wild birds, especially waterfowl, but it poses minimal risks to humans. Strains of avian cholera can cause fatal disease in other animals such as rabbits and mice, but not in other mammals.

The disease is common among Northern American birds and this is the second time the disease was documented in Indiana's wild bird population.

Due to this discovery, environmental agencies are increasing surveillance of waterfowl in Indiana.

Hunters were advised to disinfect hunting gear and thoroughly clean the birds they harvest. Animals suspected to have been ill should not be consumed, the agency cautioned.

The city has also reported the dead water fowl to environmental agencies, said Ronald Novak, head of the Hammond Department of Environmental Management.

Environmental officials will disclose the results of the tests to the public once they are received.

Residents can report sick or dead wildlife on the Indiana DNR’s website at https://www.in.gov/dnr/fishwild/10446.htm.

A Gary man is wanted on charges he broke into a woman's house, grabbed and pointed a gun at one of her children, then beat her and pulled a clump of hair from her head, police said.

No one was injured during the fire, an official said.

Police are searching for two people suspected of breaking into a vehicle, stealing a purse from inside and charging over $2,000 to the owner's credit cards.

Earlier this month, the Indiana Department of Environmental Management warned the public to avoid the lake because of the bird deaths.

Officials have somewhat determined the cause of death for waterfowl found at Wolf Lake earlier this year.

Dead geese lie along the shore of Wolf Lake in Hammond. The DNR is investigating after receiving several reports of dead waterfowl at the lake since mid-February.

Dead waterfowl were found earlier this spring in the northern portion of Wolf Lake in Hammond.