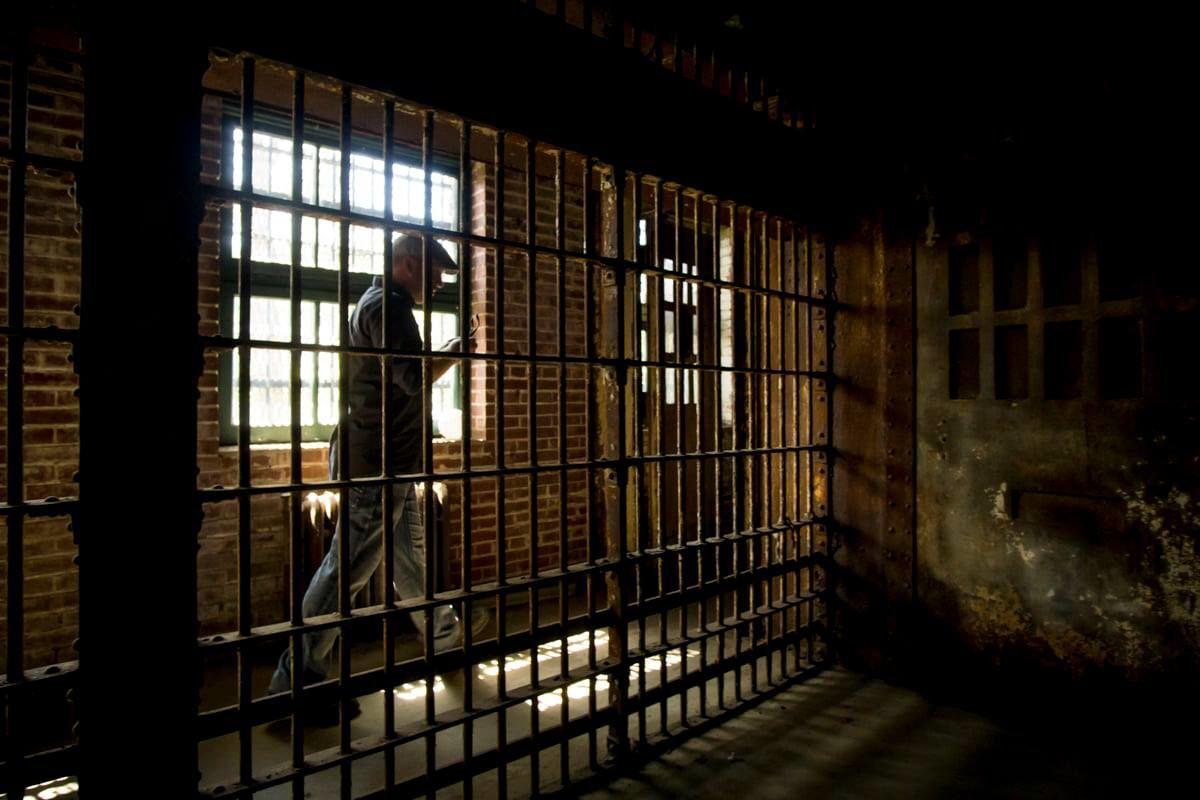 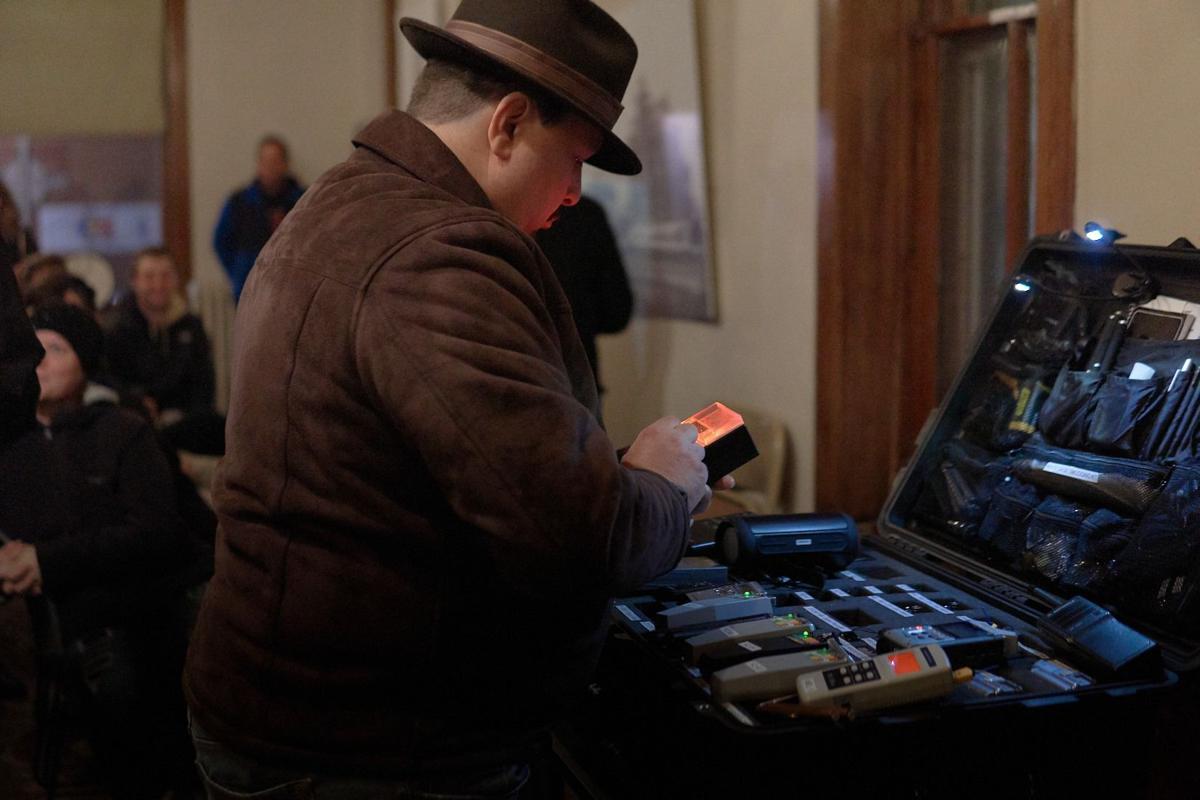 Paranormal investigators work with a host of equipment at the Old Lake County Jail. 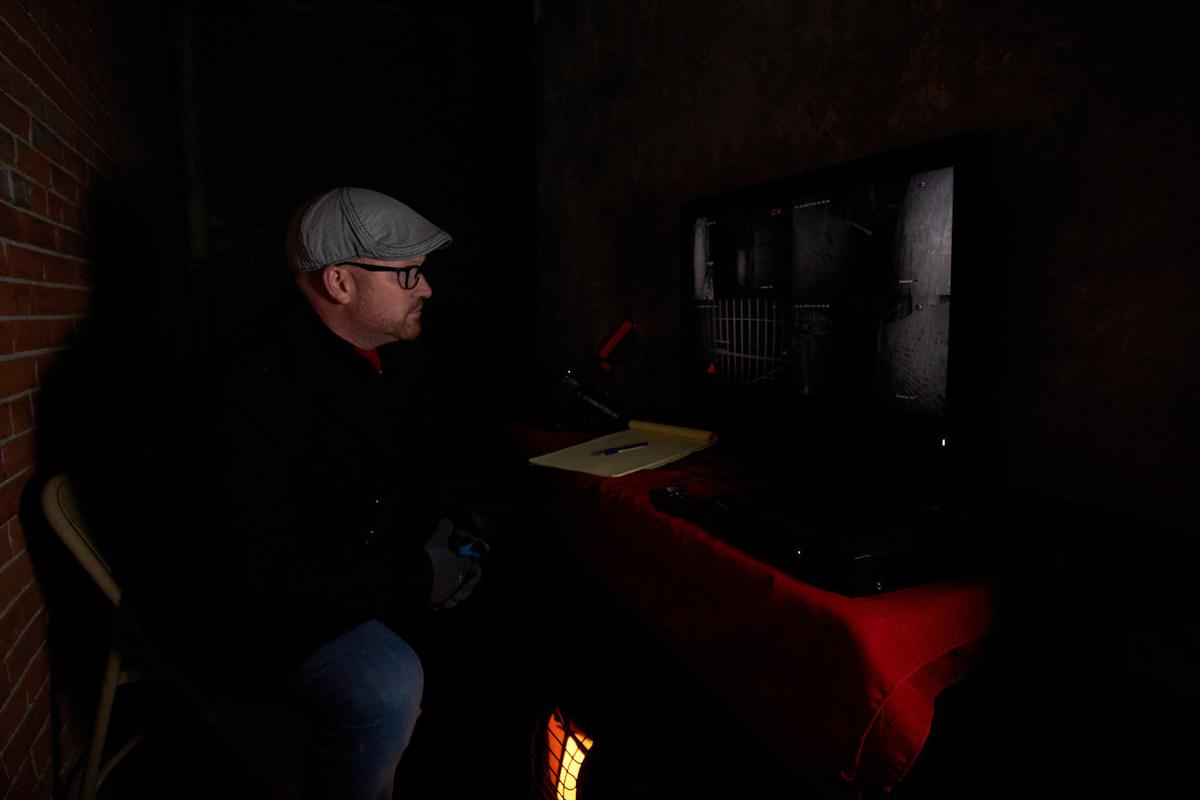 Darren Zancan looks at footage from cameras set up in the Old Lake County Jail. 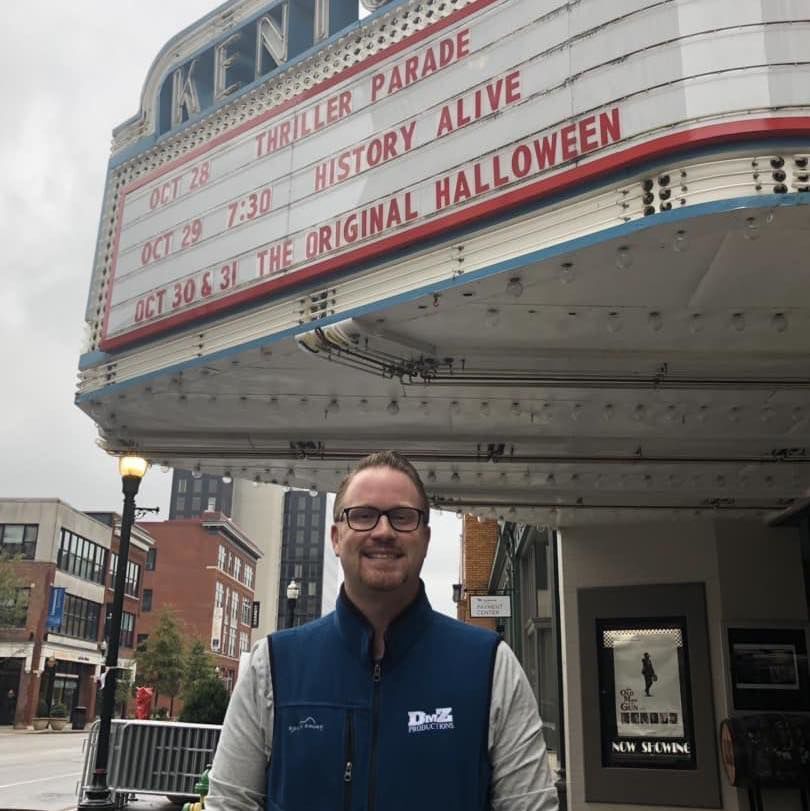 Darren Zancan, president of DMZ Productions, grew up in South Lake County before moving to Kentucky. 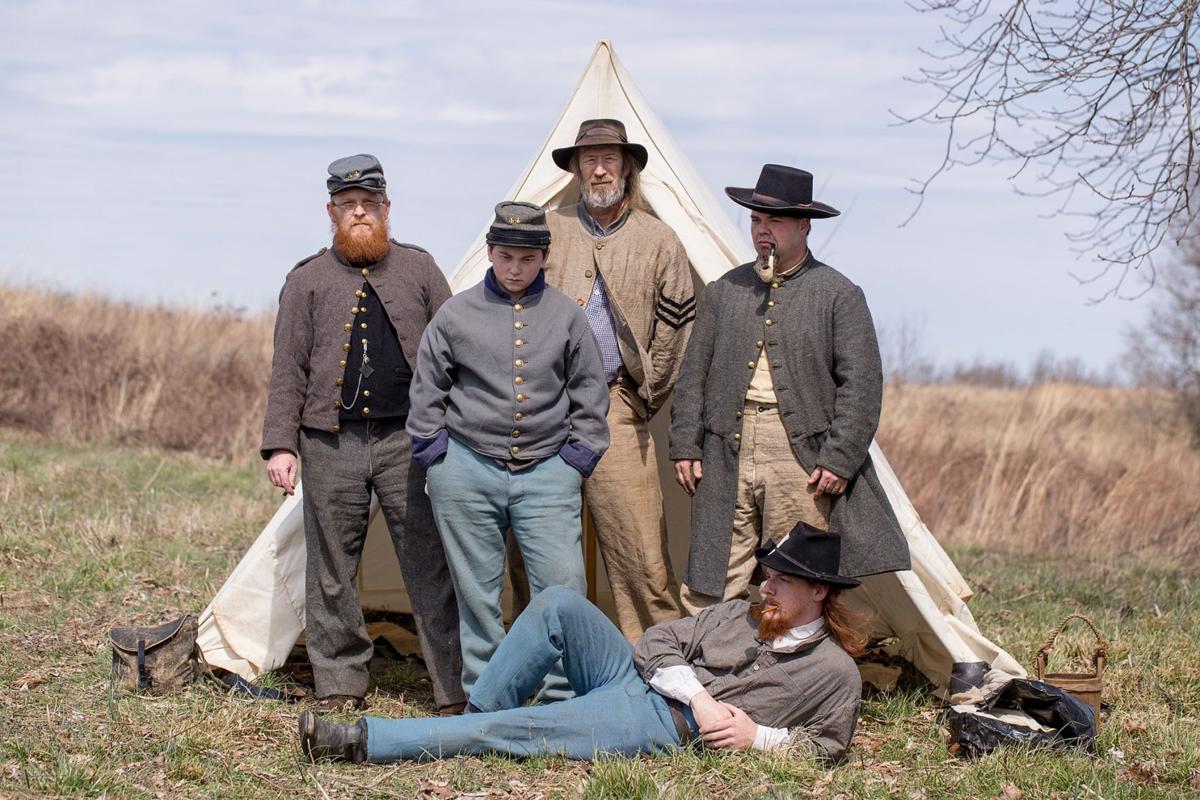 Actors pose as Civil War soldiers for an episode of "History Alive," set at the Perryville Battlefield State Historical Site in Kentucky.

CROWN POINT — A Region native has returned to his roots to explore the lesser-known history lurking in the shadows of Lake County Jail in his newly minted series, "History Alive."

The episode, aptly named "The Imprisoned," will debut Wednesday, marking the third episode of his documentary series, which marries U.S. history and paranormal investigations, created and produced by Darren Zancan.

The filming of the episode spanned two years starting in 2018, with the Lexington Paranormal Research Society conducting multiple investigations at the old jail. Zancan said thanks to Sandy Boyd, president of the Old Sheriff’s House Foundation, the group was able to stay overnight.

While bank robber John Dillinger's famed 1934 escape has been synonymous with the Old Lake County Jail at 226 S. Main St. in Crown Point, Zancan said there is a host of infamous characters who have inhabited the buildings confines far longer — and may still be lingering behind the brick façade post-mortem.

Among the names explored in the upcoming episode are James Fur Sammons, Raymond Karr, William Macy and George Brown. The episode also will include familiar faces, such as local paranormal investigator and tour guide Mike McDowell, who has had a fair share of experiences in the jail.

“One of the things people expect is a John Dillinger storyline, which is in part of the episode, but he didn’t spend a lot of time there compared to a lot of other notorious people,” Zancan said. “We learned in the investigation that there were very evil, dark people who have been inmates at the jail.”

The paranormal investigation itself dredged up a long-gone notorious figure that Zancan is not yet naming, but was found to be still roaming the empty cells, according to the investigators’ findings.

Zancan's company, DMZ Productions, is based in Richmond, Kentucky, but has customers in Northwest Indiana, including Valparaiso University, I Am Popcorn in Munster, Marquette High School and Andrean High School, from where Zancan graduated.

Growing up in Lowell and then Lake Dale before moving to Kentucky in 2007, Zancan is well-versed in the rich history of the Region. Zancan first became enamored with the Old Lake County Jail during a tour in 2012, when he made a short documentary for a college project, which ultimately inspired him to create "History Alive."

“The jail was always somewhere I wanted to go back to, because to me, that’s home,” Zancan said. “It is really where it all started.”

The series uncovers the facts behind places known for their antiquity and haunted folklore in the U.S., and pairs historian interviews, reenactments and paranormal investigations. Zancan and his team have traveled to a mansion in Waveland, Kentucky, and the White Hall Historic Site in Richmond, Kentucky, for their first two episodes.

There are several more expeditions on the horizon, in which the crew has filmed for future episodes at a winery that used to be an orphanage in Missouri; witch trial sites in Salem, Massachusetts; the Perryville Battlefield State Historical Site in Kentucky; and the haunted town of Rugby, Tennessee.

As a former reporter who has worked for The Lowell Tribune, The Times of Northwest Indiana and the Post Tribune, Zancan said he employs his journalistic skills to do extensive research and interviews to ensure historical precision.

“The research process is very thorough to make sure everything is accurate, from inmates’ names to timelines,” Zancan said. “We spend hours and hours gathering information. I almost feel like a lawyer or like I am going back to investigative journalism days.”

In addition to "History Alive," Zancan is also working on a series called “The Home,” a comedic look at the lives of those who live and work at nursing homes, as inspired by his own former employment at a Northwest Indiana nursing home. He said though they are filming in Kentucky, the setting for the show is in Indiana.

He said he hopes that "History Alive" and "The Home" can be picked up by a popular streaming service, which is his ultimate goal.

Viewers will be able to watch the latest episode of "History Alive" at 8 p.m. Wednesday on facebook.com/HistoryAliveTV.

Paranormal investigators work with a host of equipment at the Old Lake County Jail.

Darren Zancan looks at footage from cameras set up in the Old Lake County Jail.

Darren Zancan, president of DMZ Productions, grew up in South Lake County before moving to Kentucky.

Actors pose as Civil War soldiers for an episode of "History Alive," set at the Perryville Battlefield State Historical Site in Kentucky.