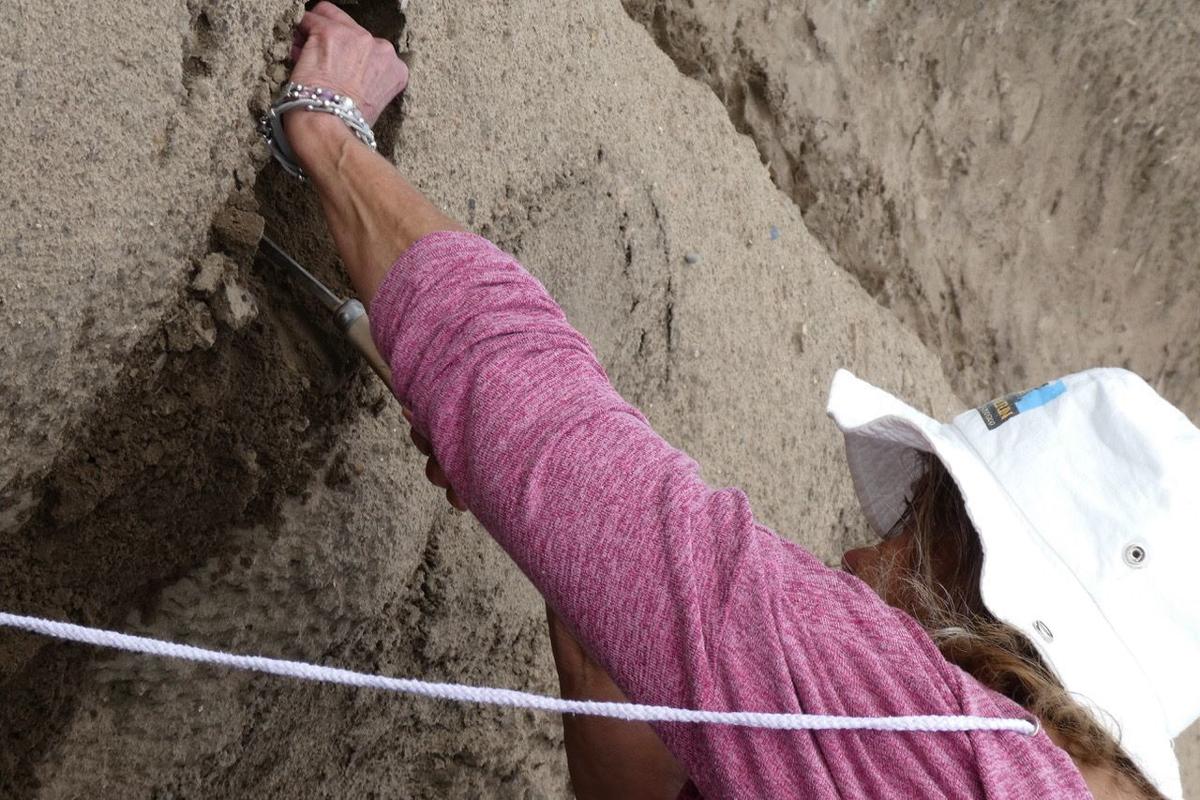 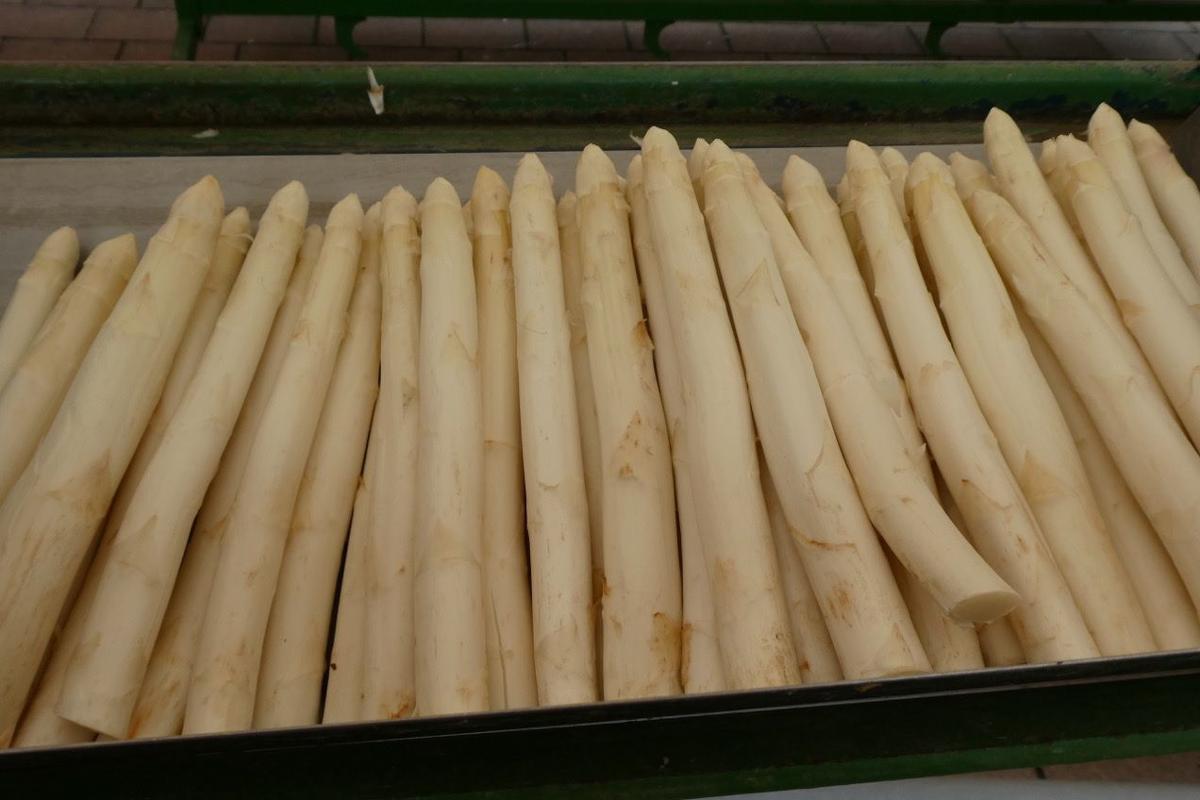 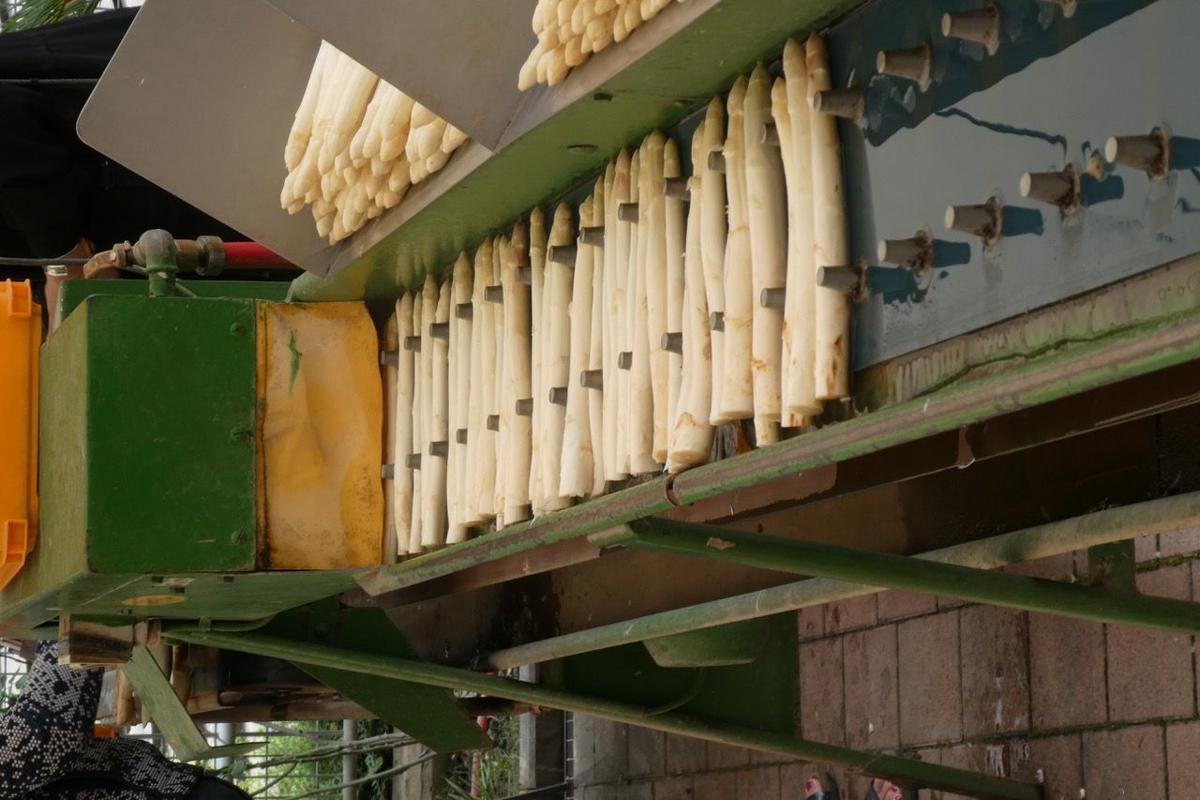 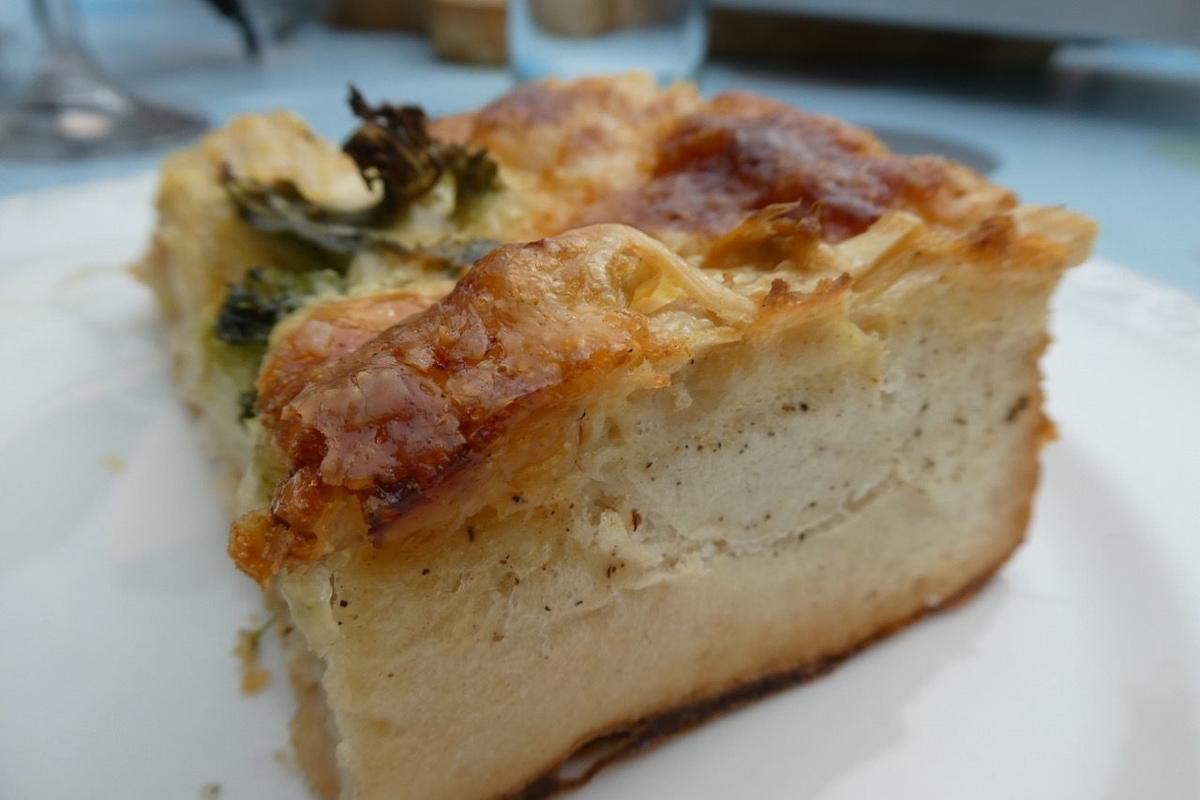 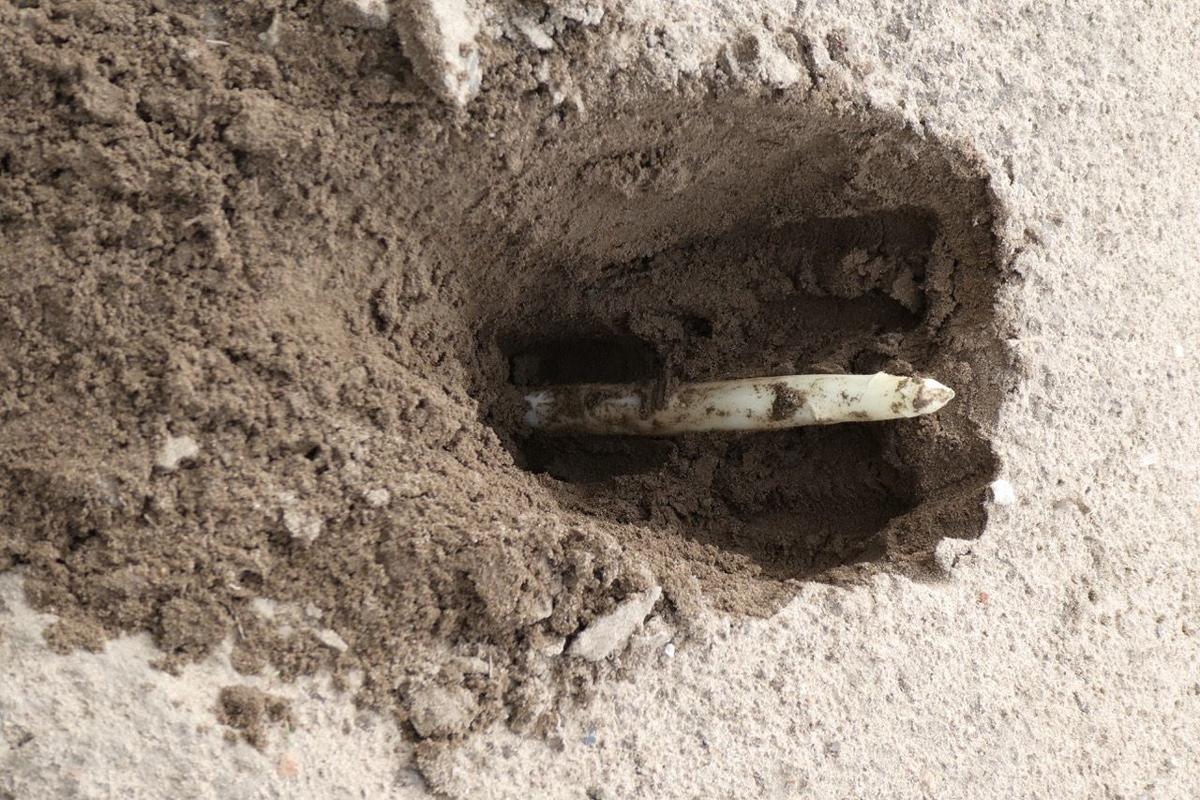 For those of us, including me, who don’t speak German, that translates into white asparagus time in Schwetzingen, a celebration of the royal vegetable that takes place each year in the quaint town of Schwetzingen, known as the “asparagus capital” of Germany. It's a stop on Baden Asparagus Route, an 85-mile journey by car or bicycle (people do ride bikes a lot around here) through the bucolic countryside with its rolling hills, deep forests and castles.

Schwetzingen is celebrating the 350th anniversary of chlorophyll starved asparagus this year — it’s grown underground unlike the green asparagus we prize here in Southwest Michigan. It’s hard to dine anywhere in Baden-Wurtemmberg during the spring season without being served mounds of perfectly prepared spargel accompanied with such sides as thin, triangularly folded pancakes, boiled white potatoes, a variety of Schnitzels (breaded veal or pork cutlets) and smoked salmon to name a few. No matter what side dish you choose, the one accompaniment that always comes with spargel is a large gravy dish filled with freshly made Hollandaise sauce.

Call it spargel-mania, but white asparagus is revered here in Schwetzingen and through much of this area of Baden-Wurtemmberg.

How much so? Well, consider this: Recently international chefs were invited to prepare their own special spargel dishes and the recipes they created are blown up into large posters and displayed on a walkway leading to the Schlossplatz, the large plaza bordered on one side by Schwetzingen Palace, a baroque-style summer palace known for its acres and acres of glorious gardens. There’s a 124-year-old asparagus market in the Schlossplatz where people stop by to purchase freshly picked white asparagus as well as other vegetables as well as, containers of Hollandaise sauce. There is also a bronze sculpture nicknamed "Asparagus Woman" and a sculpted asparagus family made of wood.

For anyone with a hankering for the green stuff, forget about it. I’ve seen kilos and kilos of asparagus — and seemingly eating just as much since arriving in the Black Forest and it’s all white. Unlike the white asparagus I’ve picked up back home on occasion and found to be woody and tasteless, these thick stalks are tender and sweet.

And I mean that literally too.

At Schwetzingen Palace, a docent dressed as an 18th century asparagus farmer tells us how palace gardeners first started growing spargel in 1668. Considered food for the aristocracy, it was only served at palace dinners. It’s still grown here in the expansive gardens here, but we can all partake at the palace’s café. But that doesn’t mean anyone can grow it. Schwetzingen is one of just a few places in the area where asparagus is grown from royal roots that have been cultivated for centuries.

I get to see the roots while eating a slice of spargeltorte (think quiche) in the backyard of the Fackel-Kretz home that afternoon.

Fifth-generation asparagus farmers, the family is deeply entwined in all things asparagus. Their daughter was the Asparagus Queen several times in years’ past and the family has the rights to grow the royal variety. Their backyard, with its gardens, flowering bushes and trees is not only a lovely place to dine but is also the hub of their spargel business. Here, the white asparagus they pick in the morning is cleaned and the stalks peeled and sorted by size. Shoppers all seem to know their way into the Fackel-Kretz backyard to choose the stalks they want, taking time to chat and catch up on the latest spargel news.

Our host is Elfriede Fackel-Kretz-Keller, who every year takes a leave from her work in the insurance business to work for her family’s business during the two month long asparagus season. It’s a 6 a.m. to 3 p.m. job that doesn’t stop after the day’s yield has been harvested.

Assisting Elfriede are several workers from Poland who come here every year to pick as well as other family members including Ilse Fackel-Kretz, the 85-year-old matriarch who is too busy to join us for lunch as she is looking after her young grandson who enjoys eating the stalks of asparagus right from the bins. But this is just a break for Ilse who soon will join us in asparagus fields. The family is helped by several Polish workers who come back every year to help.

It’s grueling work as I find out.

White asparagus is white because it grows underground and the fields look like long burrows of sandy soil made by busy moles. Elfriede walks me through the process. To pick asparagus, you first have to look for a crack in the dry barren earth. Once I spot that, she hands me a small digging tool and I gently scrape the earth until I uncover a large white spear standing stick straight in a hollow. Cutting it off, I scrape the dirt back over the hole—another asparagus will soon be sprouting here tomorrow.

It’s a time-consuming task and if I were ever going to join the Fackel-Kretz-Keller team, I’d have to learn to work much faster. Elfriede tells me that they often pick 100 to 300 kilo of asparagus a day.

Her reply that there’s 20 pieces in a kilo is daunting. Quick math tells me it adds up to 6000 stalks, meaning 6000 holes to be dug, asparagus to be cut and the holes refilled. Then it starts all over again the next day.

“Asparagus can grow 10 centimeters a day and the hotter it is, the more it grows and then the more you have to pick,” Elfriede said.

After my short duration as an asparagus farmer, I treat myself to white chocolate shaped into asparagus spears which are sold in many of the confectionery shop. I also take a sip of asparagus schnapps, complete with a white asparagus floating in the bottle--think mescal with a worm only a lot more appetizing looking. Not bad, but it certainly won’t be available back home. Guess maybe I’ll have to come back next year for the 2019 Spargel Festival that starts on April 27.

Based on a recipe provided by Elfriede Fackel-Kretz-Keller.

Salt and sugar to taste

DIRECTIONS: For the dough, knead the flour, margarine, egg and salt together and then cool for about 30 minutes. Place dough in a rectangular porcelain or glass dish, pinching the edge down.

In the meantime peel the asparagus, cut into bite-sized pieces and cook until crisp in salt-sugar-water. Cut the ham into small strips. Now mix asparagus and ham and spread evenly on the dough.

Whisk eggs and mix with cream, crème fraiche and cheese, then season with salt and pepper. Pour this mixture on the asparagus and ham.

Will Travel for Food: Beaumont Inn

When I arrive in the new bourbon tasting room at the historic Beaumont Inn, there are alread…

My first stop in Kentucky last week was at Claudia Sanders Dinner House in Shelbyville, Kent…

Will Travel for Food: A trip to Fraunces Tavern

Will Travel for Food: Cookbooks for holiday giving

Will Travel for Food: Faerie Handbook

To me, fairies have always been about the holiday season — think the Sugar Plum Fairy from t…

Last year I interviewed Addie Gundry, who was the 2015 winner on Cutthroat Kitchen on the Fo…

Will Travel for Food: Ben Watkins

Will Travel for Food: Carol Peachee

“Bourbon is a legacy of blue grass, water and Kentucky limestone,” Carol Peachee tells me wh…

Jane Ammeson can be contacted via email at janeammeson@gmail.com.

FYI: For more information about the Senior PGA Championship, or to buy tickets, go to pga.com/events/seniorpgachampionship/2018 or call 269-487-3200.

Will Travel for Food: Japan Pavilion

Several weeks ago when the National Restaurant Association was holding its annual international show my friend Kimiyo Naka, who lives in Chica…

Will Travel for Food: Making Maultaschen at Maulbronn Monastery

Will Travel for Food: The Mermaid Handbook

Will Travel for Food: Oberkirch

Following the Muhlbach Stream as it gently flows through downtown Oberkirch, a marvelous collection of timber-framed, multi-stories houses, co…

Hot Chicken Takeover hadn’t opened yet and already the line on the second floor in North Market, Columbus Ohio’s super food emporium was about…

Will Travel for Food: Sister Pie

Lisa Ludwinski, owner of Sister Pies, began her business in her parents’ kitchen in Milford, Michigan, making pies and cookies. Within a year,…