A roundup of some of the most popular but completely untrue stories and visuals of the week. None of these are legit, even though they were shared widely on social media. The Associated Press checked them out. Here are the facts:

CLAIM: A video shows a woman filling a white plastic bag with gas at a Kroger station due to gas shortages in the Southeastern U.S.

THE FACTS: Social media users are sharing an old video of a woman filling a plastic bag with gasoline to falsely claim it shows someone panic-buying gasoline this week.

Thousands of gas stations in the Southeastern U.S. were running out of fuel due to distribution problems and panic-buying following a cyberattack on the Colonial Pipeline. One Twitter upload of the video, which shows a woman trying to tie a plastic bag sloshing with gasoline, received nearly 2 million views on Wednesday with the hashtag #gasshortage.

“I just wanna know why..... why the bags and not a gas tank? This is dangerous #GasShortage,” stated a Facebook post sharing the video on Tuesday.

But the video clip has nothing to do with current events — it first surfaced online in 2019. The video was taken at a Kroger supermarket service station in Houston. The U.S. Consumer Product Safety Commission addressed the issue on Wednesday in a Twitter thread.

“Do not fill plastic bags with gasoline,” the agency tweeted. “Use only containers approved for fuel.”

Colonial Pipeline, which is biggest in the U.S., was shut down on May 7 after a ransomware attack. Colonial on Thursday reported that the pipeline's operations had restarted and gasoline deliveries were being made in all of its markets, though the company said it would take “several days” for things to return to normal.

Fuel disruptions did not cause NASCAR to postpone upcoming race

THE FACTS: NASCAR has not postponed the race, the association confirmed to The Associated Press in an email.

A false post shared on Facebook and Twitter pushed the baseless claim that disruptions after a hack of the nation's largest fuel pipeline had forced NASCAR to postpone the upcoming Drydene 400 NASCAR Cup Series race on Sunday at Delaware’s Dover International Speedway. The post featured an image of an alleged tweet from an account impersonating the name of Fox Sports reporter Bob Pockrass.

“Due to the Colonial Pipeline issue causing a fuel shortage on the east coast, Nascar has decided to postpone this weekends Dover race to a later date,” the tweet read. “More information to come out later today, stay tuned.”

NASCAR told the AP in an emailed statement that the post was false. “NASCAR has confirmed that there will be no impact to its racing operations at Dover this weekend due to fuel shortages across the Southeast,” the statement read.

CLAIM: Photos show Americans filling their cars with plastic bags of gasoline and lining up at gas stations with red gas cans in recent days.

THE FACTS: Social media users are misrepresenting old photos to falsely suggest they show Americans stockpiling gasoline this week after a hack of the Colonial Pipeline led to distribution problems and panic-buying that resulted in thousands of gas stations running out of fuel.

One falsely captioned photo shows a car trunk packed with gasoline in clear plastic bags. “Plastic bags filled with gas by morons in South Carolina,” a tweet sharing the photo said. In fact, the photo was taken in 2019 in Mexico. Reports at the time said police had arrested two people transporting gasoline illegally in Huauchinango, Mexico.

Social media users also shared years-old photos of people standing in line with red gas cans along with claims that they were taken recently. One photo viewed hundreds of thousands of times on Facebook was taken in Seaford, New York, in the aftermath of Superstorm Sandy in 2012. Another was taken in Miami in preparation for Hurricane Irma in 2017.

Video of fake funeral was not taken amid current Gaza fighting

THE FACTS: The video of a staged funeral is not recent or from Gaza — it circulated widely online in March 2020.

Amid escalating violence between Israel and the militant group Hamas, social media users shared the video to falsely claim that Palestinians were staging funerals to gain sympathy. On Thursday, Israel said it was massing troops along the Gaza frontier and calling up 9,000 reservists ahead of a possible ground invasion of the Hamas-ruled territory, as the two bitter enemies plunged closer to all-out war, The Associated Press reported.

As the fighting ramped up to levels not seen since 2014, social media users shared a year-old satirical video from Jordan of a group of young people carrying what appears to be a body on a stretcher, falsely stating that the video shows Palestinians staging a funeral this week in Gaza. In the video, the group disperses when they hear a siren, and the person lying on the stretcher also stands up and runs away.

“Hamas tried to make a false funeral for a kid for tv... and than israel started to strike back... look what happend,” a false post on Facebook states. The post has more than 3,000 shares. Another Facebook user falsely claimed that Palestinians set up a fake funeral to present a “negative image against Israel.”

In fact, the video first gained traction in March 2020 in Jordan. AP reported on March 21, 2020, as COVID-19 death counts rose in Jordan, that the country ordered all shops to close and people to stay off the streets. During that time, multiple social media accounts, including news outlets in Jordan, shared the viral video, which made light of the strict lockdown measures. The video reportedly shows teens jokingly carrying out a mock funeral to get out of the house.

CLAIM: The underside of a Snapple lid shows the company included, “Trump lost and the election was not stolen,” as a “Real Fact” the company prints on its beverage lids.

THE FACTS: Snapple prints pieces of trivia, known as “Real Facts,” underneath its bottle lids, but the message “Trump lost and the election was not stolen,” was not one of them, a company spokesperson confirmed to The Associated Press.

“I can confirm on behalf of the brand that this is not an official Snapple ‘Real Fact’ printed on bottle caps,” said Katie Gilroy, senior director of corporate communications at Keurig Dr Pepper, which produces and distributes Snapple.

The bogus claim arose after social media users shared a manipulated image that purported to show a Snapple lid with the message in question. The cap in the image included Snapple’s European Union website, suggesting that the lid was circulating in Europe.

“Even Snapple is tired of the bull(****)," read a popular tweet that shared the image and was retweeted more than 14,000 times. Some Twitter users who shared the fabricated image of the bottle cap acknowledged in later posts that it had been altered.

“(asterisk)sigh(asterisk) .... yes, obviously this is shopped,” wrote one user after sharing the manipulated image. Snapple’s “Real Facts” are typically light-hearted -- for example, “Elephants are the only mammals that can’t jump” and “Pigs can get sunburn.”

The Justice Department's top national security official is resigning after revelations that the department secretly seized records from Democrats and members of the media.

More evidence suggests COVID-19 was in US by Christmas 2019

A new analysis of blood samples from 24,000 Americans taken early last year is the largest study to suggest the coronavirus popped up in the U.S. in December 2019.

Catholic bishops approved drafting a document that could rebuke politicians, including President Biden, over receiving Communion despite abortion rights support.

Vaccine maker Novavax said Monday its shot was highly effective against COVID-19 and also protected against variants in a large, late-stage study in the U.S. and Mexico.

Juneteenth to become America's 12th federal holiday; US West facing heat that could be new normal; and US Open tees off today. Get caught up.

The Supreme Court has dismissed a challenge to the Obama era health care law, preserving insurance coverage for millions of Americans.

US military guns keep vanishing, some used in street crimes

An AP investigation has found that at least 1,900 U.S. military firearms were lost or stolen during the 2010s, with some resurfacing in violent crimes.

The Supreme Court says Philadelphia wrongly limited ties with a Catholic agency over the group's refusal to certify same-sex couples as foster parents.

The scenic city of Brooksville may not have a Brooklyn Bridge to sell. But recently — and accidentally — the city sold its water tower. 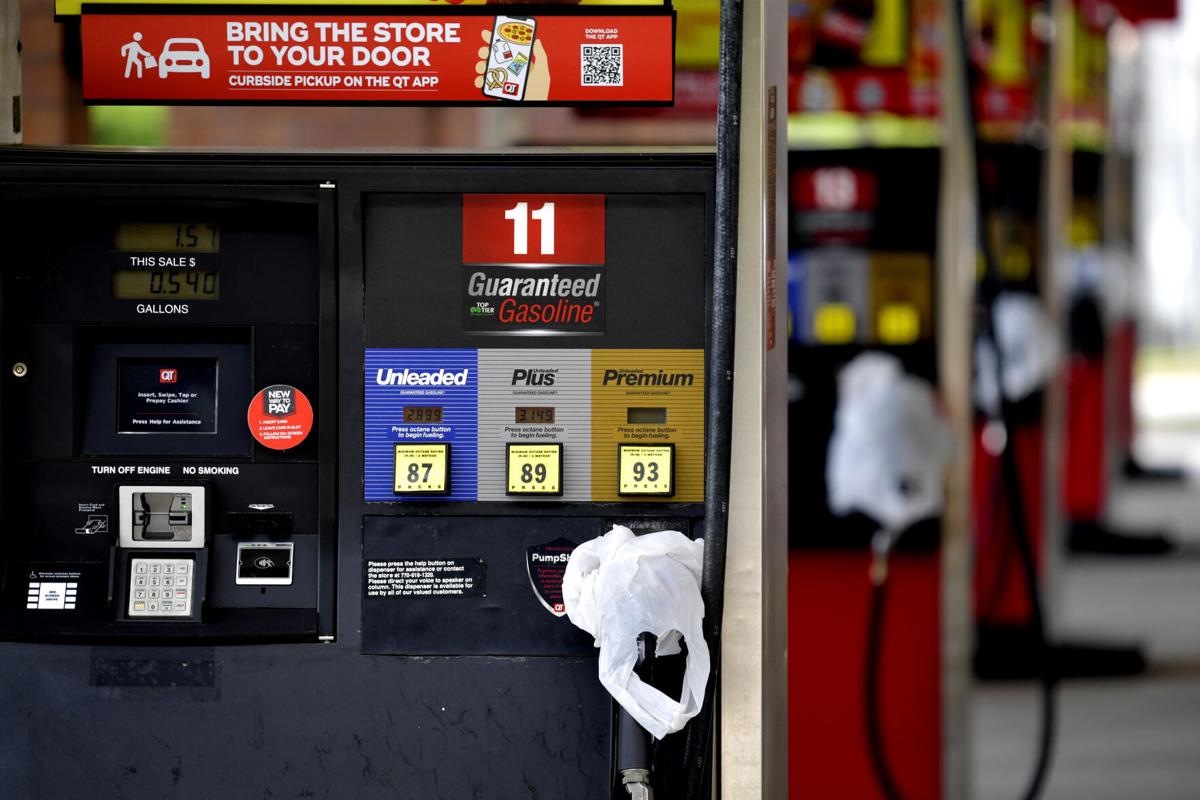 FILE - In this May 11, 2021 file photo, a QuickTrip convenience store has bags on their pumps as the station has no gas, in Kennesaw, Ga. On Friday, May 14, The Associated Press reported on stories circulating online claiming to show photos of Americans filling their cars with plastic bags of gasoline and lining up at gas stations with red gas cans in recent days. Social media users are misrepresenting old photos to falsely suggest they show Americans stockpiling gasoline this week after a hack of the Colonial Pipeline led to thousands of gas stations running out of fuel to due to distribution problems and panic-buying. (AP Photo/Mike Stewart, File) 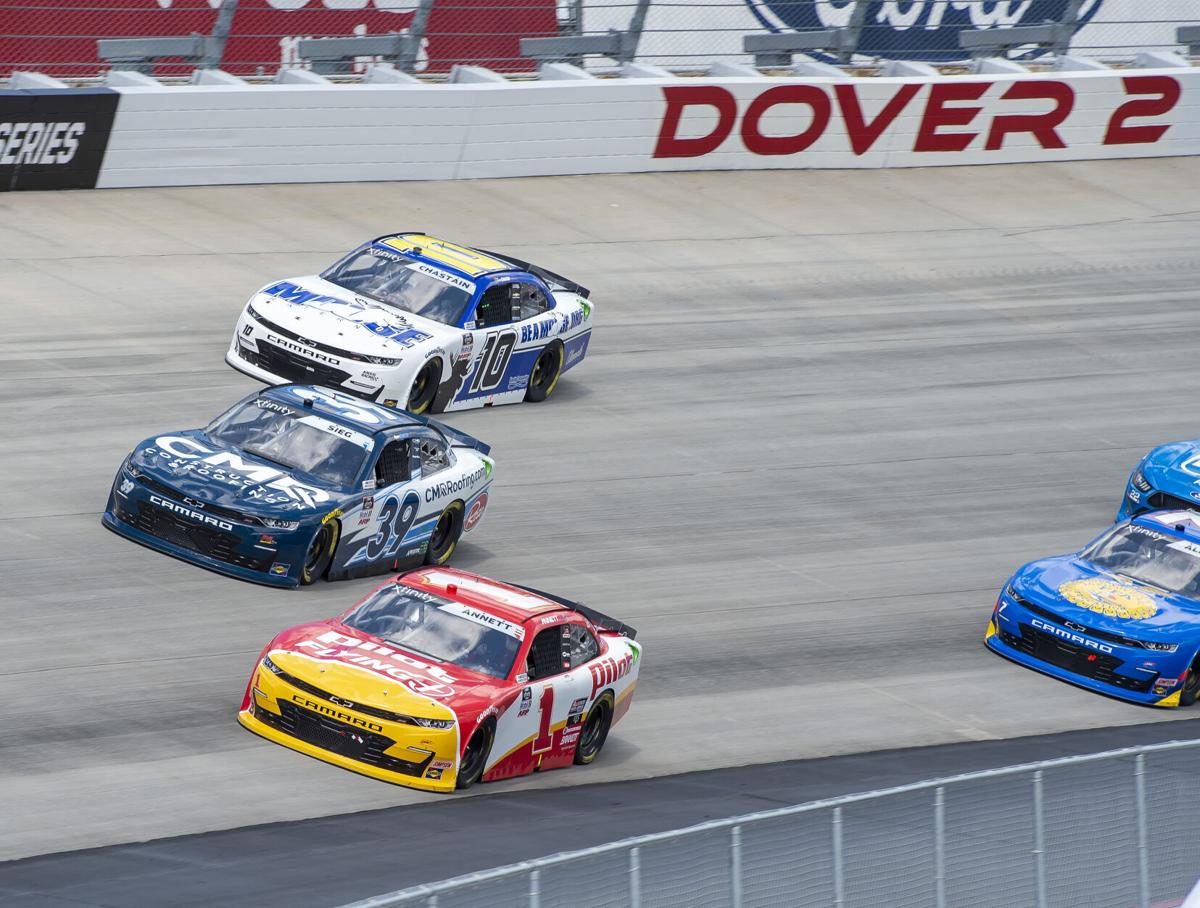 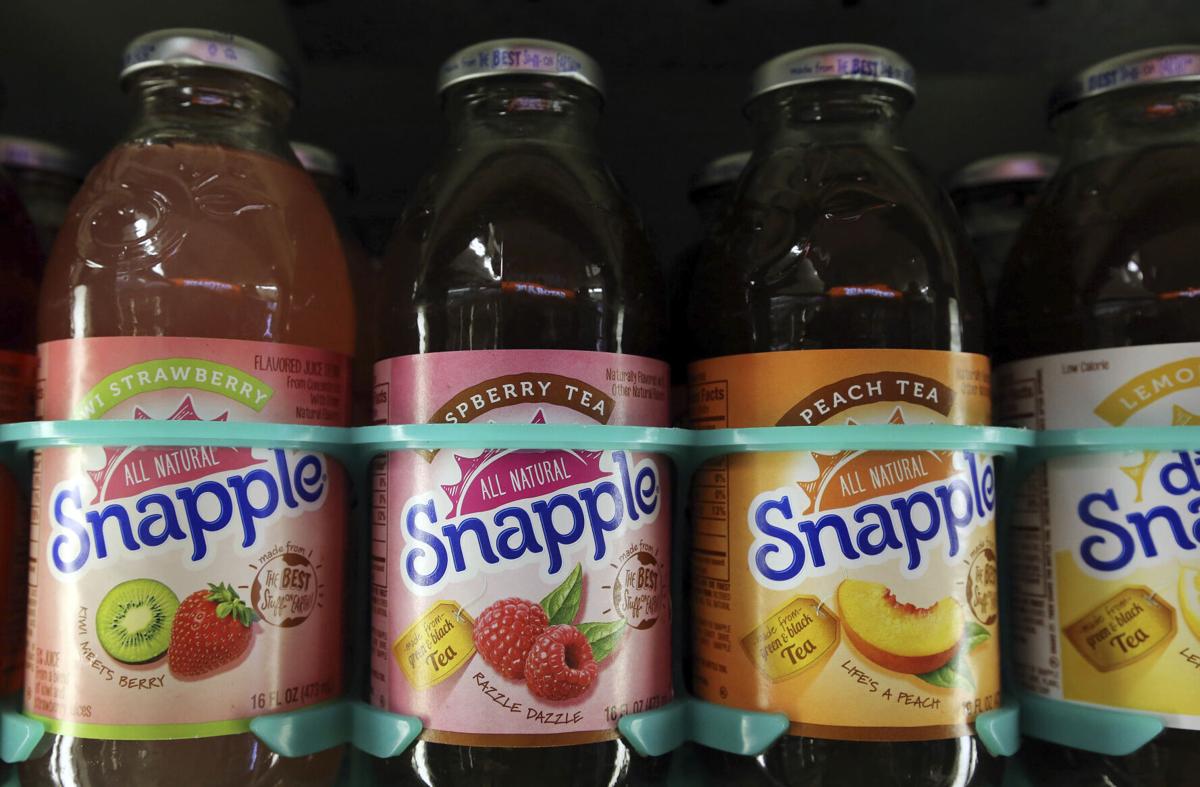 FILE - This April 28, 2016, file photo shows bottles of Snapple in a cooler at Quality Cash Market in Concord, N.H. On Friday, May 14, The Associated Press reported on stories circulating online incorrectly claiming the underside of a Snapple lid shows the company included, “Trump lost and the election was not stolen,” as a “Real Fact” the company prints on its beverage lids. (AP Photo/Jim Cole, File)