U.S. Sen. Todd Young believes the United States no longer can sit idly by as China scoops up American technology, jobs, intellectual property, and, in effect, the American Dream.

The Hoosier Republican wants to fight back — and he is.

Young won bipartisan U.S. Senate approval Tuesday for his Endless Frontier Act that he said puts the United States on offense against China in the battle for the future.

"Americans have always looked towards the frontier and forward to new horizons," Young said. "This bill, this moment, it's not only about beating the Chinese Communist Party; the Endless Frontier Act is about using their challenge to become a better version of ourselves through investment in innovation."

The legislation, also known as the U.S. Competition and Innovation Act, authorizes $120 billion in federal spending for basic and advanced technology research over the next five years, including $8 billion to establish at least 20 regional technology hubs in states and localities not currently considered leading technology centers.

Young expects Indiana has a good shot of landing at least one of the regional tech hubs, given its role as the top manufacturing state in the country and a place that's been hit hard by unfair competition from China.

"We need to invest in these overlooked places that have hollowed out," Young said. "And ensure we bring everyone along in the 21st century."

He said that's never been more important as Indiana automakers and other factories recently have been forced to reduce hours or temporarily shut down because of the global microchip shortage.

If his measure is enacted into law, Young said the United States will advance and solidify American leadership by investing in the discovery, creation, and manufacturing of technology critical to national security and economic competitiveness.

"This is a rare opportunity to show the authoritarians in Beijing, and the rest of the world, that when it comes to our national security, and most importantly our China policy, we are united," Young said.

The legislation was cosponsored by Senate Majority Leader Chuck Schumer, D-N.Y., and a majority of the Senate votes in favor of the plan came from Senate Democrats.

Thirty-one of the 32 "no" votes were by Republicans, including U.S. Sen. Mike Braun, R-Ind. It also was opposed by independent Vermont Sen. Bernie Sanders.

Braun said in a statement that while he agrees the United States must stay competitive in science and tech innovation, it can't be done through more deficit spending because "red ink is going to do us in faster than Red China."

The Hoosier lawmaker also said he could not support the legislation after the Senate voted down amendments to prohibit experiments using fetal tissue obtained from abortions and to ban research into animal-human hybrids.

Similar sentiments have been expressed by prominent House Republicans, including U.S. Rep. Jim Banks, R-Fort Wayne, chairman of the Republican Study Committee, who described the measure as the "Endless Pork Act" and an inadequate response to what he claims is China's responsibility for the COVID-19 pandemic.

Young, however, is confident of again securing bipartisan support for the proposal in the Democratic-controlled House, and possibly advancing the legislation to be signed into law by Democratic President Joe Biden in a month or so. 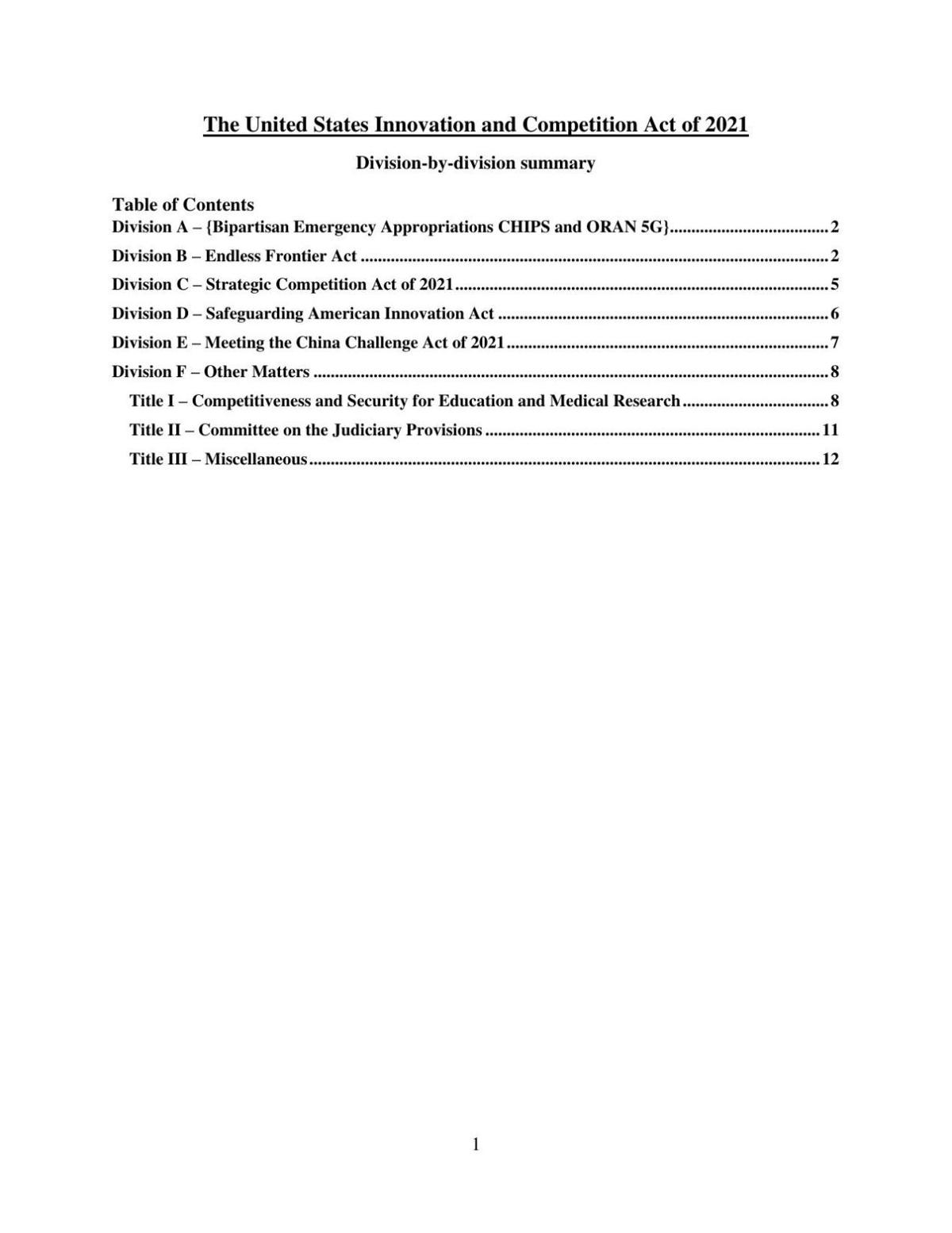 Altogether, schools in Lake, Porter and LaPorte counties are in line to get a combined $282 million, according to the preliminary estimates.

U.S. Rep. Frank J. Mrvan said the American Rescue Plan "will provide direct and tangible investments to address the pandemic, provide much needed relief for our families, and grow our economy."

Better than expected state tax revenue, along with federal assistance from the American Rescue Plan, will give Indiana lawmakers more spending options as they craft the new, two-year state budget.

U.S. Sen. Todd Young, R-Ind., confirmed Tuesday he is running next year for a second term representing the Hoosier State in the U.S. Senate.

The Lake County prosecutor's office is hoping to land one of the 10 High Tech Crime Units set to be deployed across the Hoosier State beginning in January.