NEW YORK (AP) — Sprint and T-Mobile are talking up their $26.5 billion combination as great for high-speed wireless investments, rural service and U.S. competitiveness. But there are reasons to doubt the deal would do much on any of those fronts — and that it could also result in higher wireless costs for consumers.

The deal announced Sunday would combine the nation's third- and fourth-largest wireless companies and bulk them up to a similar size as Verizon and AT&T, the industry giants.

Here's a look at how the deal might affect your phone bill and prospects for better service.

FROM FOUR TO THREE

T-Mobile and, to a lesser extent, Sprint have been leaders in shaking up the cellphone industry. The "Big Four" wireless carriers now offer lower prices and more choices, including the restoration of unlimited data plans. Two-year service contracts are gone. That's been a boon to consumers.

The worry is that with just three major carriers, there would be less incentive to keep innovating on prices and service. T-Mobile and Sprint might even raise prices now that they don't have to try to poach customers off each other.

On the other hand, the industry is evolving. The wireless carriers aren't just competing with each other, but also with Comcast and others as the wireless, broadband and video industries converge. The industry is also moving toward faster, 5G service; T-Mobile and Sprint believe they can build a better 5G network as one.

Having a strong 5G challenger to Verizon and AT&T might be better than "two weak companies in lanes three and four," said Berin Szoka, president of the non-profit think tank TechFreedom.

WHAT'S THIS 5G ALL ABOUT?

5G is the next-generation mobile networks that wireless companies are banking on to replace current 4G services. Sprint CEO Marcelo Claure likens to switch to going from black-and-white to color TVs. While 5G aims for faster wireless service for your phones, analysts say the real key to 5G will be enabling its use in connected cars, homes and other infrastructure.

Jason Leigh, an analyst at research firm IDC, said that by joining forces, the combined network might be "deeper and broader" than what either could have done individually.

T-Mobile and Sprint each has rights to different portions of the airwaves and say that a better network can grow out of combining those slices.

But there are still a lot of unknowns related to 5G. For one thing, it isn't set to roll out nationally until at least 2020. And some of the more innovative uses, such as cars and homes, won't come until after that.

As for the existing 4G network, service might improve marginally, but the companies already have roaming agreements to offer service where they don't have their own cell towers. And there's the mess of Sprint and T-Mobile each using different cellular technologies and frequencies. Leigh says that while about 20 million Sprint customers have phones that are compatible with T-Mobile's network, about 30 million Sprint customers would need to upgrade their handsets.

Shifting all customers to 5G in coming years will "soften the blow somewhat," he said.

Another selling point used by Sprint and T-Mobile is that it will open hundreds of new stores in rural areas, creating more jobs and service offerings. The companies didn't go into much detail about those rural plans, but promised to boost broadband competition by offering mobile connections that rival wired services such as cable.

But rural areas are not typically big money makers for telecom companies. That's one reason cable and other broadband offerings are poor in rural areas. It's also a reason wireless connections tend to be slower there, if there's service at all.

Some analysts believe the rural promises might be more an attempt to please regulators than a major part of the deal.

"I don't think it will necessarily drive a whole lot of revenue but it makes it look good from the perspective of Congress," Leigh said.

Any changes will likely take months, if not years. The deal isn't expected to finalize until the first half of 2019. Before that happens, the companies need the approval of both the Department of Justice, which will look at antitrust concerns, and the Federal Communications Commission, which examines whether deals are in the public interest.

MoffettNathanson analyst Craig Moffett said the companies' emphasis on 5G rather than lower prices is "exactly what one would have expected" to make the case for regulatory approval. He said the deal has "50/50" odds of passing regulatory muster.

The U.S. is in a race with China and other countries to be on top as this technology is developed and implemented. In fact, the U.S. recently blocked Singapore-based Broadcom's takeover bid for Qualcomm due to concerns about giving China an edge on 5G technology. T-Mobile and Sprint say the deal is important for the U.S. to keep its lead in telecom, as it would allow the companies to build 5G much more quickly.

"That argument may carry more weight at the FCC, where the Commission has wide latitude to define 'public interest'," he said.

Body found in Wyoming believed to be Gabby Petito

Authorities say a body discovered Sunday in Wyoming is believed to be Gabrielle "Gabby" Petito.

The FBI says a county coroner has confirmed that human remains found along the border of Grand Teton National Park are those of 22-year-old Gabby Petito.

Her fiance, Austin Eskew, said in an interview with NBC News the couple was unvaccinated due to infertility fears she had with the shot.

Gabby Petito's family, police urge her fiancé to come forward with information about her disappearance

The latest in the investigation of missing 22-year-old Florida woman Gabby Petito, including a timeline of events.

Police on Monday swarmed the Florida home of a young man wanted for questioning in the disappearance of his girlfriend, Gabby Petito. Get the latest.

A federal advisory panel endorsed a plan to give Pfizer booster shots against COVID-19 to those who are 65 or older or run a risk of severe disease after rejecting a plan to give extra shots to most Americans.

Real estate heir Robert Durst was convicted of murdering Susan Berman, shot point-blank in the back of the head in December 2000 as she prepared to tell police how she helped cover up Durst's wife's killing.

Pfizer said Monday its COVID-19 vaccine works for children ages 5 to 11 and that it will seek U.S. authorization for this age group soon. Get the latest.

The U.S. moved a step closer Wednesday to offering booster doses of Pfizer's COVID-19 vaccine to senior citizens and others at high risk from the virus as the FDA signed off on the targeted use of the extra shots.

Tyler Christman, a freshman at Carthage High School in northern New York, was injured during a junior varsity game on Saturday. He died Tuesday. 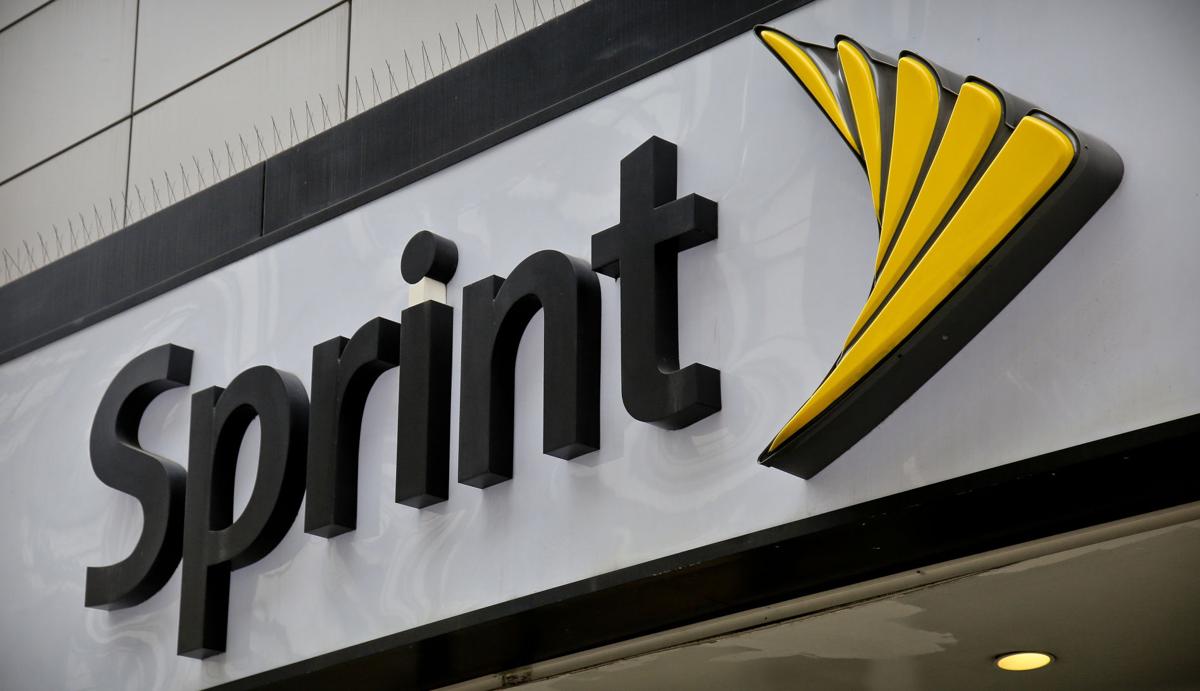 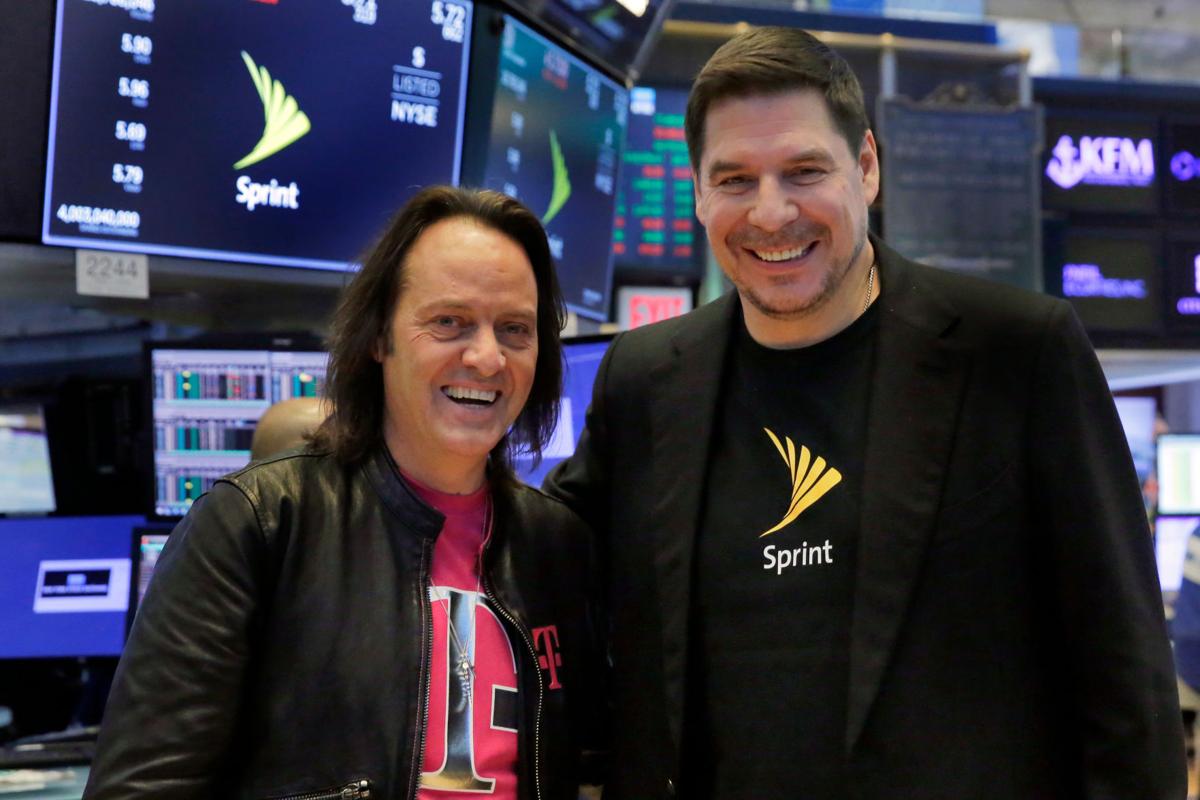 T-Mobile CEO John Legere, left, and Sprint CEO Marcelo Claure pose for photos on the floor of the New York Stock Exchange, Monday, April 30, 2018. To gain approval for their $26.5 billion merger agreement, T-Mobile and Sprint aim to convince antitrust regulators that there is plenty of competition for wireless service beyond Verizon and AT&T. (AP Photo/Richard Drew)