Here are today's top stories, celebrity birthdays and a look back at this date in history:

WASHINGTON (AP) — In his most forceful pandemic actions and words, President Joe Biden ordered sweeping new federal vaccine requirements for as many as 100 million Americans — private-sector employees as well as health care workers and federal contractors — in an all-out effort to curb the surging COVID-19 delta variant.

Speaking at the White House on Thursday, Biden sharply criticized the tens of millions of Americans who are not yet vaccinated, despite months of availability and incentives.

“We’ve been patient. But our patience is wearing thin, and your refusal has cost all of us," he said, all but biting off his words. The unvaccinated minority “can cause a lot of damage, and they are.”

Republican leaders — and some union chiefs, too — said Biden was going too far in trying to muscle private companies and workers, a certain sign of legal challenges to come.

Down one point with 1:24 to go in the kickoff to the NFL season, the defending Super Bowl champions were confident their 44-year-old quarterback would find a way to win again Thursday night.

It's simply what Brady, who threw for 379 yards and four touchdowns in a 31-29 win over the Dallas Cowboys, does.

Post-Ida recovery in New Orleans: Beer and beignets are back

NEW ORLEANS (AP) — Supply trucks are once again delivering beer on Bourbon Street and the landmark Cafe Du Monde is serving beignets, fried pastries covered with white sugar, even though there aren’t many tourists or locals around to partake of either.

With almost all the power back on in New Orleans nearly two weeks after Hurricane Ida struck, the city is showing signs of making a comeback from the Category 4 storm, which is blamed for more than two dozen deaths in the state. More businesses are opening daily, gasoline is easier to find and many roads are lined with huge debris piles from cleanup work.

Thousands are still struggling without electricity and water outside the metro area, and officials say oppressive heat is contributing to both health problems and the misery. It could still be weeks before power is restored in some areas, and many residents who evacuated haven't returned.

Click on the links below for full version of today's top stories. Keep scrolling for a look back at this day in history and today's celebrity birthdays:

Biden presses states to require vaccines for all teachers

Hoping to prevent another school year from being upended by the pandemic, President Joe Biden visited a Washington middle school Friday to push his new COVID plan, accusing some Republican governors of being “cavalier” with the health of children.

The new federal vaccine requirement announced by President Joe Biden has created another worry for large businesses: With help wanted signs up almost everywhere, some could lose valuable employees or won't be able to find new ones.

AUSTIN, Texas (AP) — The Justice Department has sued Texas over a new state law that bans most abortions, arguing that it was enacted “in open defiance of the Constitution."

SAN FRANCISCO (AP) — Firefighters scrambled Friday to quash fires ignited by lightning as thunderstorms with mostly small but welcome amounts of rain rumbled across drought-stricken Northern California, where forests have been burning for weeks.

Post-Ida recovery in New Orleans: Beer and beignets are back

NEW ORLEANS (AP) — Supply trucks are once again delivering beer on Bourbon Street and the landmark Cafe Du Monde is serving beignets, fried pastries covered with white sugar, even though there aren’t many tourists or locals around to partake of either.

NEW YORK (AP) — Where the party girls at? On Thursday night, some were on top of the Empire State Building walking LaQuan Smith's New York Fashion Week runway in slinky blue and white sequin minis, barely there one pieces and shiny body hugging pants.

NEW YORK (AP) — Emma Raducanu and Leylah Fernandez are so similar in so many ways: They possess enviable quickness and anticipation. They take balls low to the ground and redirect them with ease. They don’t care how much better-known or more successful opponents are. They love the big moment.

IMAGE OF THE DAY

In 1966, Muhammad Ali knocks out Karl Mildenberger in the 12th round in Frankfurt, Germany, to retain his world heavyweight title.

Dozens of dogs left in Afghanistan after U.S. evacuation

Dozens of dogs left in Afghanistan after U.S. evacuation

Why these coffins hang from cliffs in the Philippines

Why these coffins hang from cliffs in the Philippines

In his obituary, DeMonia's family urged people to get vaccinated against COVID-19.

Candace Ayers' obituary says she "was vaccinated but was infected by others who chose not to be. The cost was her life."

Norm Macdonald, a comedian and former "Saturday Night Live" cast member best known as a host of Weekend Update, died Tuesday. He was 61.

The average person doesn't need a COVID-19 booster yet, an international group of scientists — including two top U.S. regulators — wrote Monday in a scientific journal.

When hospitals run out of beds, here's how they ration care

When hospitals run out of beds or when staffing is low, tough decisions must be made on which patients get to be first in line for care. The Emergency Medical Treatment and Labor Act outlines key rules.

Walmart is ending these bonuses for store workers

While many workers will see their hourly pay rise in January, their total compensation next year may not look as rosy as initially perceived.

1 in every 500 Americans have died of COVID-19. See the latest numbers.

The U.S. has reached another grim COVID-19 milestone: 1 in 500 Americans have died from the virus. Track the latest numbers here.

President Joe Biden has unveiled a new “action plan” to confront the COVID-19 surge. It includes vaccine mandates for millions of Americans and lays the groundwork for a booster shot campaign.

Flood-prone Houston and storm-battered Louisiana are in the path. The hurricane could bring up to 20 inches of rain to parts of the Gulf Coast. Get the latest and follow a map of the storm's path. 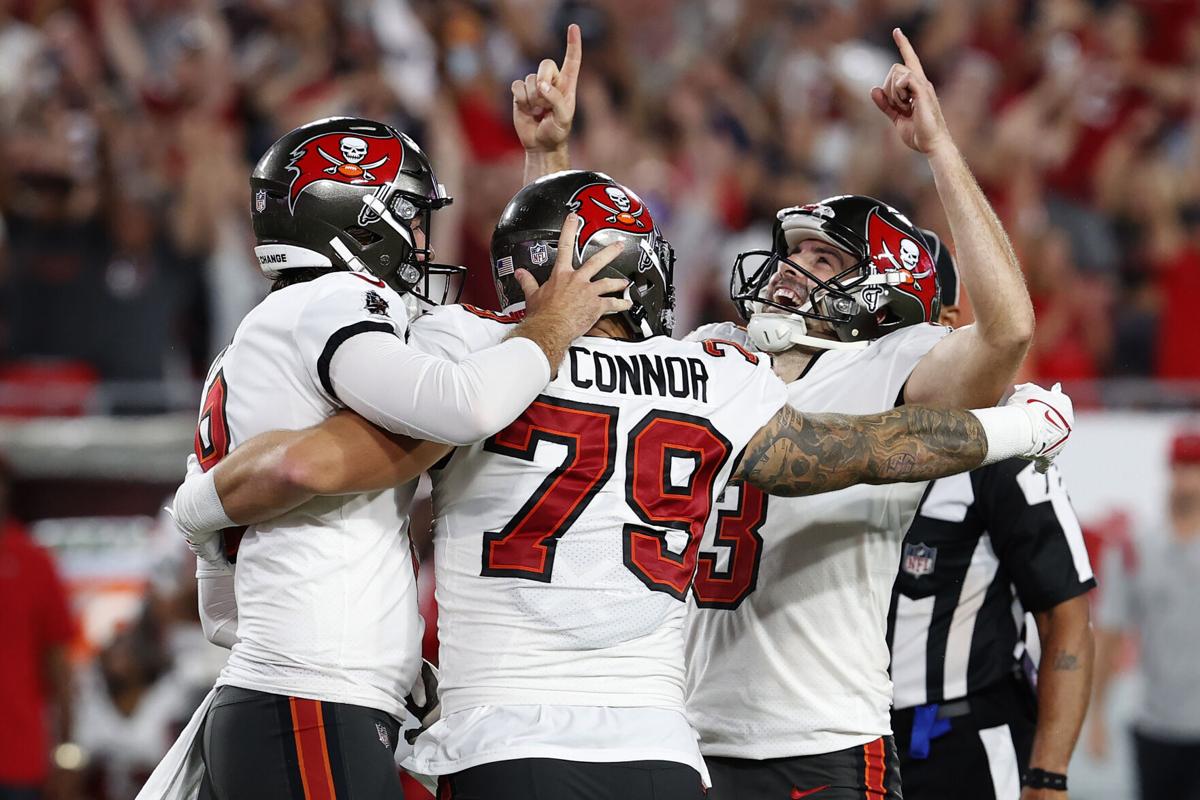 Tampa Bay Buccaneers' Ryan Succop (3) celebrates with Pat O'Connor (79) and Bradley Pinion (8) after kicking what proved to be the game-winning field goal during the second half of an NFL football game against the Dallas Cowboys Thursday, Sept. 9, 2021, in Tampa, Fla.

Friends and volunteers hand out trays of hot food at the spot where a former McDonalds drive-thru window once stood, Wednesday, Sept. 8, 2021, in New Orleans. 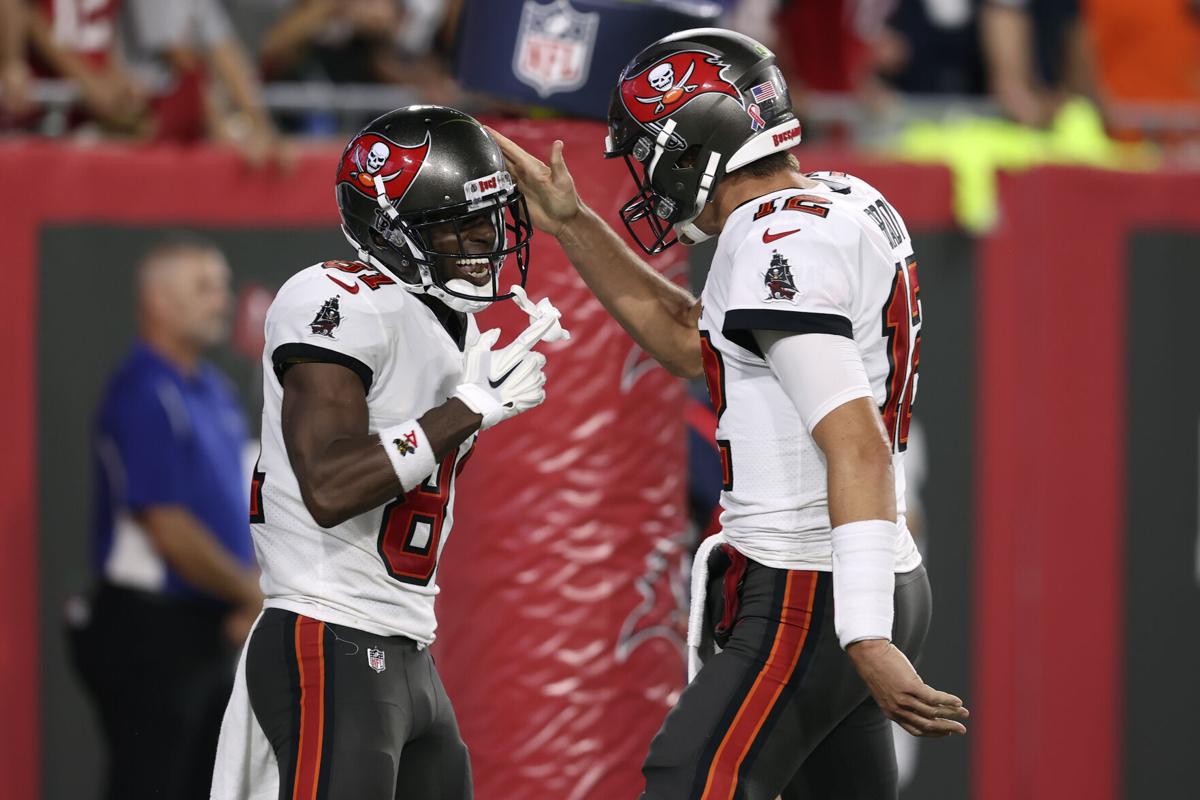 Tampa Bay Buccaneers quarterback Tom Brady (12) celebrates with wide receiver Antonio Brown (81) after Brown caught a touchdown pass against the Dallas Cowboys during the first half of an NFL football game Thursday, Sept. 9, 2021, in Tampa, Fla. 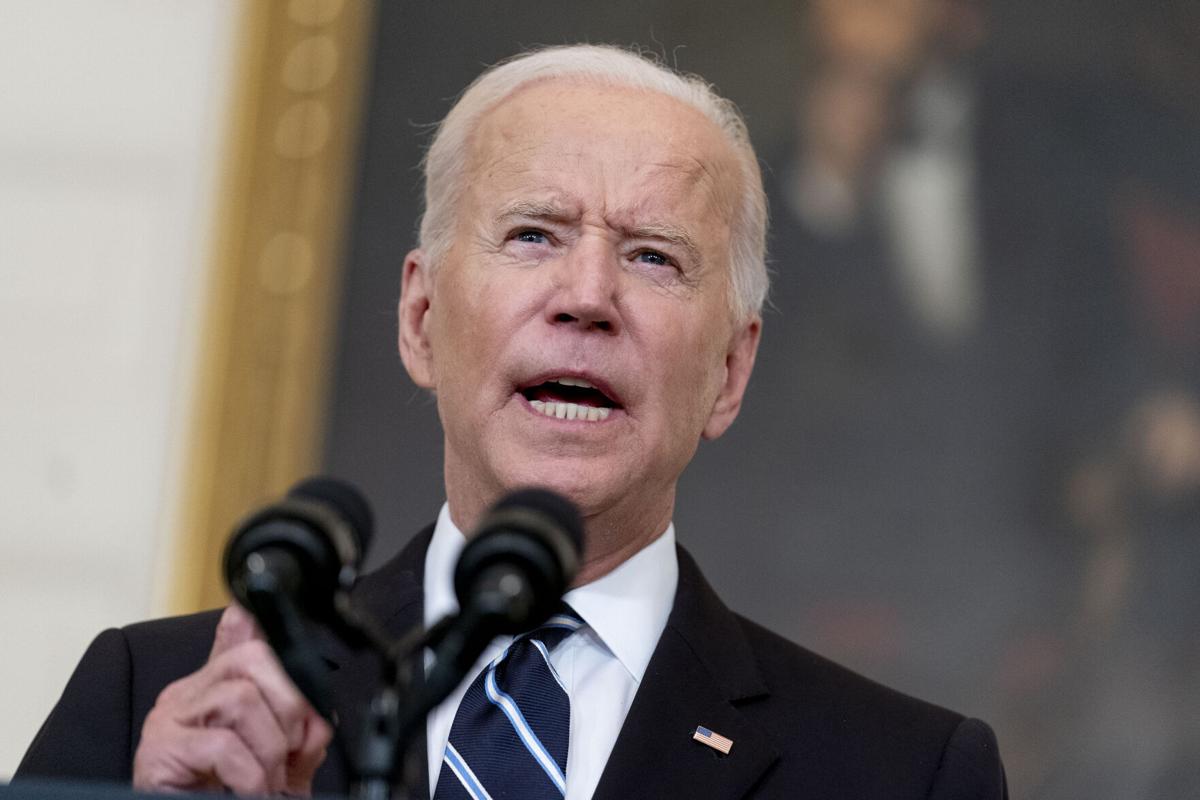 President Joe Biden speaks in the State Dining Room at the White House, Thursday, Sept. 9, 2021, in Washington. Biden is announcing sweeping new federal vaccine requirements affecting as many as 100 million Americans in an all-out effort to increase COVID-19 vaccinations and curb the surging delta variant.