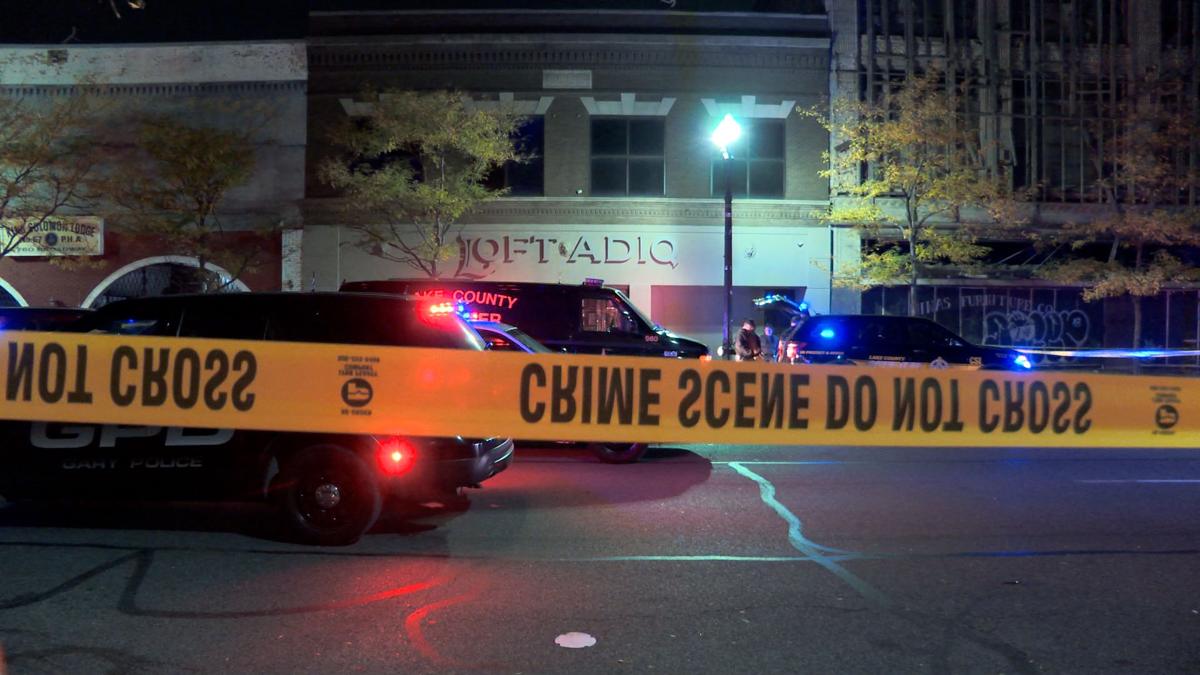 Police respond early Sept. 27 to a shooting outside Loft Adiq Ultra Lounge in the 700 block of Broadway in Gary. One man was killed in the shooting, and police shot and wounded a suspected gunman after he failed to drop his weapon and fired on a Gary police officer, court records state. 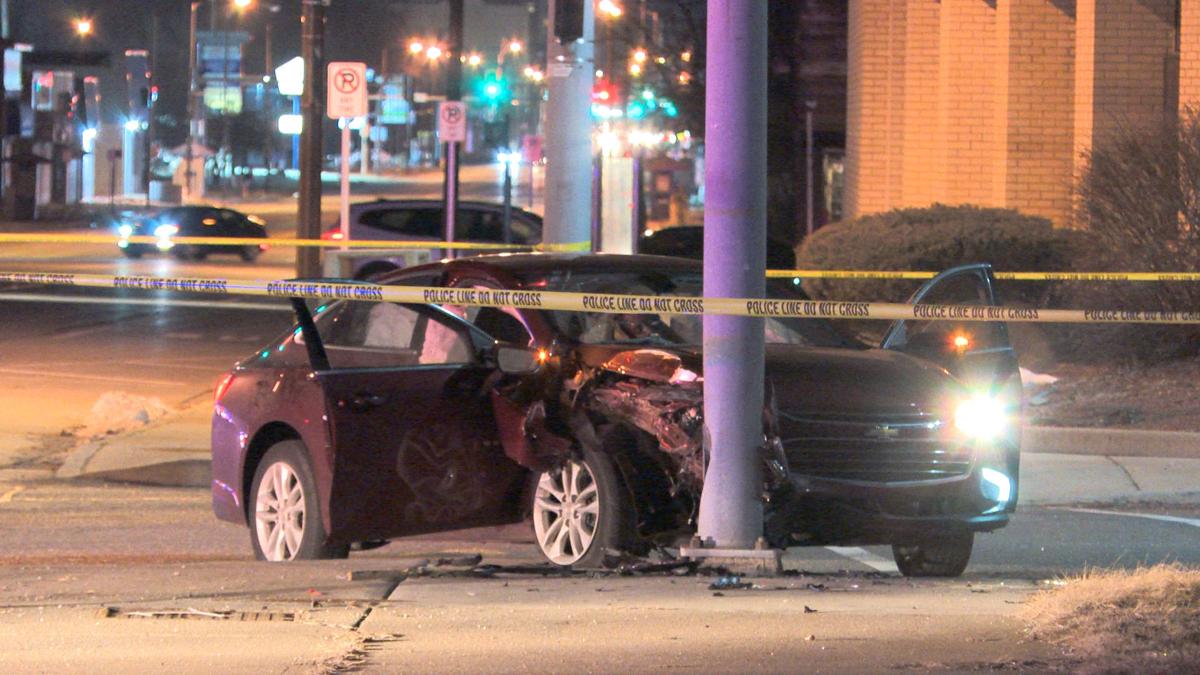 A car is surrounded by crime scene tape Feb. 18 after a driver was shot and killed near 19th Avenue and Broadway. The death of Tyron Walton, 31, of Gary, marked Gary's ninth homicide of 2020.

GARY — Police have strategically used their limited resources to increase patrols in high-crime areas and focus on alleged gang members, but the number of nonfatal shootings has climbed 45% so far this year.

Gary police responded to a total of 125 nonfatal shootings as of Oct. 1, up from 86 during the first three quarters of 2019.

Despite the increase in nonfatal shootings, 2020 is shaping up to be another average — but deadly — year for homicides.

Gary had recorded 41 homicides as of Oct. 1, up from 40 at the same time last year, police Cmdr. Jack Hamady said.

Gary's homicides account for 63% of all homicides in Lake County, which has logged 65 so far this year.

Just two homicides in Gary this year were not caused by gunfire: An 11-year-old girl died Jan. 2 from blunt force trauma to her abdomen, and a 70-year-old man was found beaten to death Sept. 24 at his home in the 2500 block of West 13th Avenue.

Gun violence was to blame in the city's other 39 homicides.

Seven homicides were believed to be gang-related, up one from six 2019. Six were drug-related, down five from 11 in 2019. Domestic violence led to seven homicides this year, down one from eight in 2019, Hamady said.

Changes to the department's drug unit last year may have helped reduce the number of drug-related homicides this year, he said.

"We have seen more drug-related arrests, more search warrants and more charges in narcotics," he said.

Two people were killed in police-involved shootings this year.

An 82-year-old man who died Jan. 4 from wounds suffered Nov. 17 after Gary police responded to a report of an intoxicated man with a gun, and a 39-year-old Merrillville man died Jan. 13 after shooting at police, wounding two officers.

Last year, a 25-year-old man was fatally shot by a police officer during a traffic stop. The officer said he saw the man had a gun; the man's family said he had a license to carry a gun and has made repeated calls for justice.

Of the 125 nonfatal shootings this year, 31 were gang-related. That includes 10 from January to March, nine from April to June and 12 from July to September, Hamady said.

Twelve were believed to be drug-related, and six shootings stemmed from domestic violence, he said.

Police encouraged residents to call detectives or the city's anonymous hotline at 866-CRIME-GP with any tips.

"I know it seems low, but we solve and charge at least two homicides a year due to a tip," Hamady said. "Those tips are helpful, even though some people think they're not. Just by saying the person's name or nickname, it could point us in the right direction."

Police try to protect the identity of witnesses as much as possible and avoid including their names in court records, if possible.

Ring has a program where residents with doorbell cameras can anonymously send videos to police, Hamady said.

Detectives also have solved more homicides in recent years thanks to video cameras at gas stations and other businesses, he said.

"More cameras out there help us. If we can obtain the camera footage, it helps us build the narrative," he said. "Nobody has to testify. The video speaks for itself."

Hamady said nonfatal shootings are up in cities nationwide, likely in part because the coronavirus pandemic has led to high unemployment and increased use of alcohol and drugs as residents try to cope.

The number of nonfatal shootings doesn't mean 125 different individuals have been wounded, he said.

"There's repeat people on the list," he said. "There's individuals who have been shot twice this year."

Investigators often suspect one individual in multiple shootings. In reality, a small percentage of the city's population is responsible for much of the gun violence, he said.

That's why police have focused for several years on arresting individuals suspected of gang activity.

"It's all about getting them out of the streets and keeping them away from the potential of committing more gun violence," he said.

Could armed security guards be one of the answers to the city of Gary's crime problem?

Yolanda Gonzalez, of Gary, was ejected from her car in the crash about 5:10 a.m., according to the Lake County coroner's office and Gary police records.

Police respond early Sept. 27 to a shooting outside Loft Adiq Ultra Lounge in the 700 block of Broadway in Gary. One man was killed in the shooting, and police shot and wounded a suspected gunman after he failed to drop his weapon and fired on a Gary police officer, court records state.

A car is surrounded by crime scene tape Feb. 18 after a driver was shot and killed near 19th Avenue and Broadway. The death of Tyron Walton, 31, of Gary, marked Gary's ninth homicide of 2020.