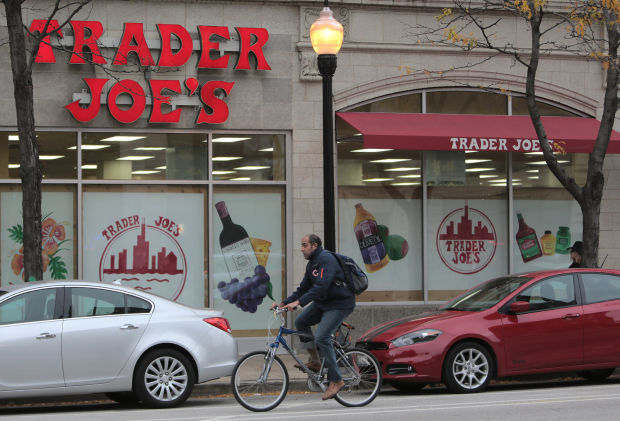 The Trader Joe's at 1147 S Wabash Ave. in Chicago is pictured. Northwest Indiana residents long have hoped a Trader Joe's would open in the region. 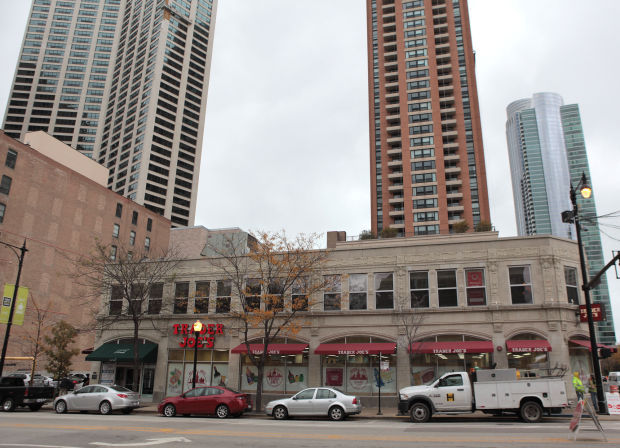 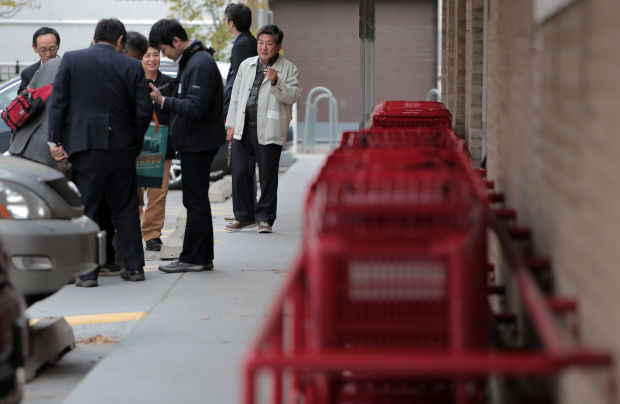 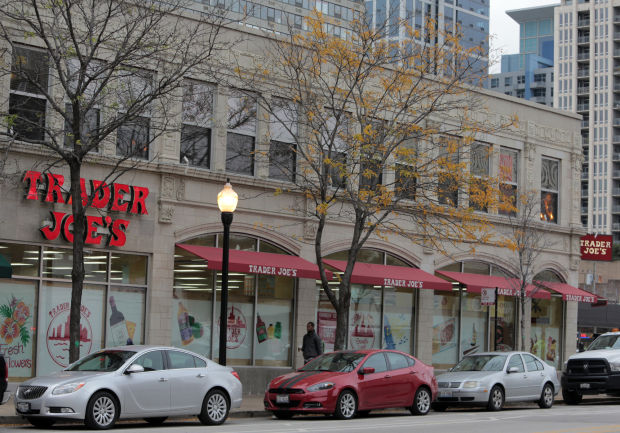 Um, you aren't especially far away. Region residents who are really salivating for almond butter, "two-buck Chuck" or pumpkin spice pumpkin seeds can travel about 20 miles to Orland Park or the South Loop.

Sure, grocery shopping is often mostly about proximity and convenience, grabbing that carton of milk after work or before chauffeuring the kids back from volleyball practice.

Well, Northwest Indiana already has plenty of grocery stores, and a Whole Foods will open in Schererville next year. The dominant local chain — Strack and Van Til — has been upping its game with newly renovated stores that feature way more organic, gluten-free and vegetarian items, including a wide array of produce sourced from local farms.

What existing grocery stores might lack in a South Seas motif or hipster cache, they increasingly make up for by stocking exotic items that people once had to seek out exclusively in specialty groceries like you, Trader Joe's. That's no longer the case.

Look no further than the Tri-Town Target for a microwavable breakfast sandwich with egg whites, goat cheese and kale. Strack and Van Til doesn't just have quinoa now; it even offers recipes for quinoa muffins and tabouli.

Northwest Indiana may not need you, Trader Joe's, but it wants you, it wants you so bad. A Dyer Town Council candidate recently ranked landing a Trader Joe's as a top economic development goal. Before leaving The Times to become economic development director for the Northwest Indiana Forum, former Business Editor Matt Saltanovitz was repeatedly told — maybe only half jokingly — his top priority was to bring a Trader Joe's to the region.

Online petitions and Facebook pages, including one entitled "Oh for God's sake, please put a Trader Joe's in NW Indiana," urge the company to open a grocery store in the often overlooked Calumet Region. A page on Causes.com specifically calls for a Trader Joe's somewhere in Lake County and urges residents to flood the company's website with requests.

Trader Joe's says it takes such feedback into consideration and in fact has a page on its website devoted specifically to "requesting a TJ's in my city."

"There are no guarantees, but being wanted matters to us," the company says.

Don't play that game, Trader Joe's. Not with our hearts. Everybody wants you. And you know it. Canadians want you so much that a black market entrepreneur in Vancouver runs Pirate Joe's, which he stocks with smuggled items he bought from your stores in neighboring Washington state at retail prices.

That's right, an unauthorized, unaffiliated, totally parasitic retail business — that brags about its "illegal groceries and contraband" — is thriving in British Columbia solely because you won't open a store there. Think about it: The entire business model is built upon your failure to satisfy customer demand that's so strong people are willing to pay more for your products than what you actually charge. (An enterprising type might be able to make some money off the hundreds of people who have liked "bring Trader Joe's to Northwest Indiana" Facebook pages by buying up fennel bulbs, cookie butter and other popular Trader Joe’s products in Chicago or Orland Park and selling them out of those underutilized seasonal fireworks stores that line Calumet Avenue.)

The Pirate Joe's proprietor had long petitioned Trader Joe's to open a store in his neck of Canada before hoisting the pirate's black flag and has promised to close his knockoff store if that happens. Why go to court over it when you could go to a commercial real estate agent to scout sites instead?

But you haven't done that, Trader Joe's. And that's the rub.

You're picky. It's OK. We get that. Gotta have standards, right?

Of course, you've grown rapidly since the first Pasadena, Calif., location in 1967 decked its employees in your signature Hawaiian shirts, filled the shelves with exotic foods, and stocked every California wine there was. Now you're up to more than 400 locations across the country and are opening 15 more stores this year.

Though your nautically themed grocery stores have been popping up fore, aft and leeward, you're still selective about the port where you drop your anchor.

You're only going to dock if demographics such as population density, household income, education level and growth suggest the market will keep you afloat.

Note that Whole Foods is also notoriously picky about demographics, and decided it can make a buck selling free-range poultry and organic arugula in Schererville. The growing Tri-Town area has desirable demographics — Schererville, for instance, boasts a median family income that tops $84,500. That's a lot of disposable income, and it's why a slew of new chain restaurants have opened along Indianapolis Boulevard in the past year.

A quick view of Northwest Indiana demographics from a 5,000-feet distance fails to tell the whole story. Older industrial cities in the north have lost population and have lower income levels, but 2014 Census data show the region continues to grow south and east.

Every single community in Porter County grew or remained stable last year. Burns Harbor grew at the third-fastest pace in the state, and Winfield, which straddles the Lake/Porter line, ranked fourth statewide, according to Indiana Business Research Center's Stats Indiana.

Business Insider Magazine also recently crunched the numbers to figure out the richest town in every state. The richest in Indiana is Shorewood Forest subdivision in Porter County's Union Township, with a median income of nearly $119,000.

Northwest Indiana is the second largest metro area in the 16th most populous state, and it's filled with people who commute to the nation's third largest city, maybe even more after a planned expansion of the South Shore Rail Line. Forget that a lot of the area is a bedroom community for Chicago. If Lake County were a single city instead of a patchwork of cities and towns, it would be more populous at about half a million people than many cities that are large enough to support professional sports teams, including St. Louis, Cincinnati, Kansas City, Cleveland and Miami.

If you're not sold on demographics that appealed to Whole Foods, which generally has higher prices and therefore requires customers with more disposable income, you also might want to consider all the buzz the Texas-based grocery known for supposedly gobbling up "whole paychecks" garnered for opening stores in Detroit and the troubled Englewood community on Chicago's South Side.

Imagine all the social responsibility kudos and plaudits you could win nationally by opening a store in Gary, maybe in the artsy Miller Beach neighborhood or the up-and-coming University District.

Northwest Indiana doesn't need you, Trader Joe's, but if you plan to keep expanding nationally you'll eventually have to come here anyway.

A tariff could take some of the bang out of fireworks sales in the Region in future years, potentially making some of the "buy one, get six fr…

Northwest Indiana has long pined for a Trader Joe's, a trendy supermarket chain known for selling international, gourmet and specialty food for low prices that has several locations in Chicago but none here.

The Trader Joe's at 1147 S Wabash Ave. in Chicago is pictured. Northwest Indiana residents long have hoped a Trader Joe's would open in the region.