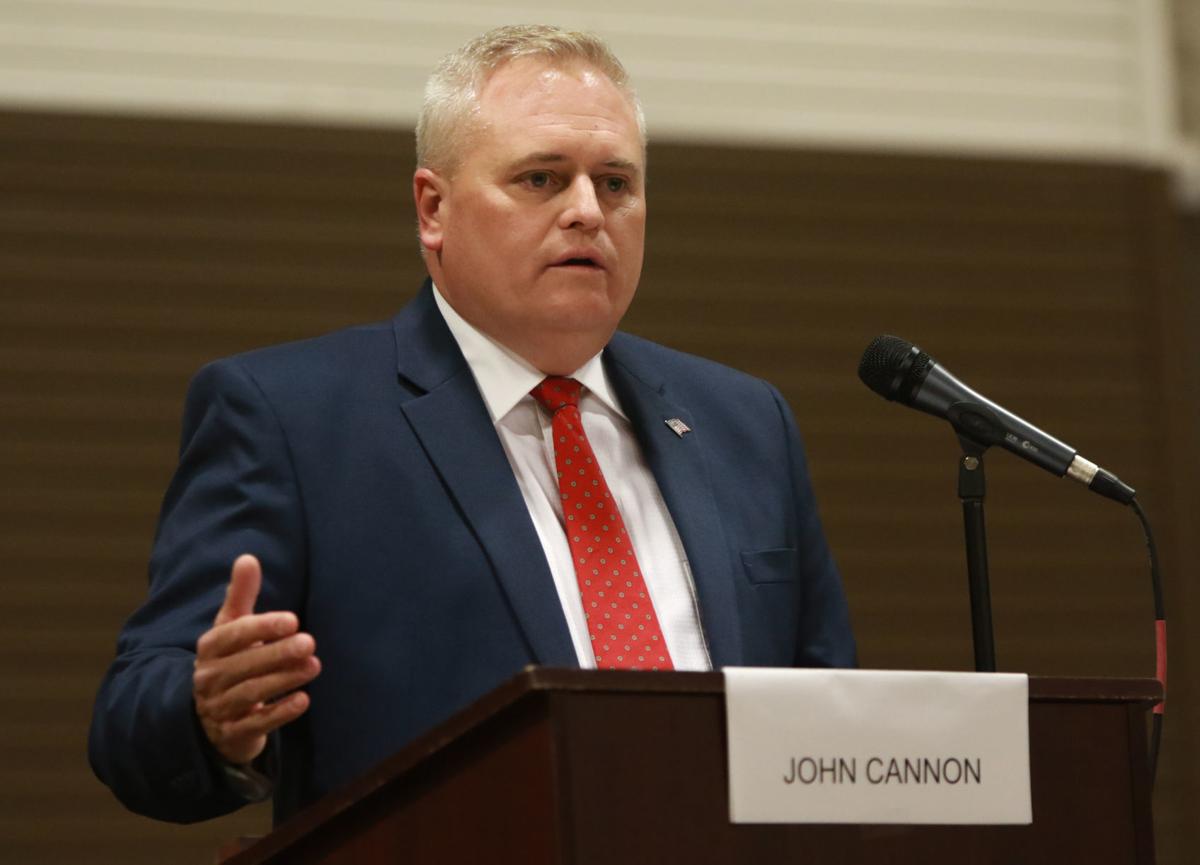 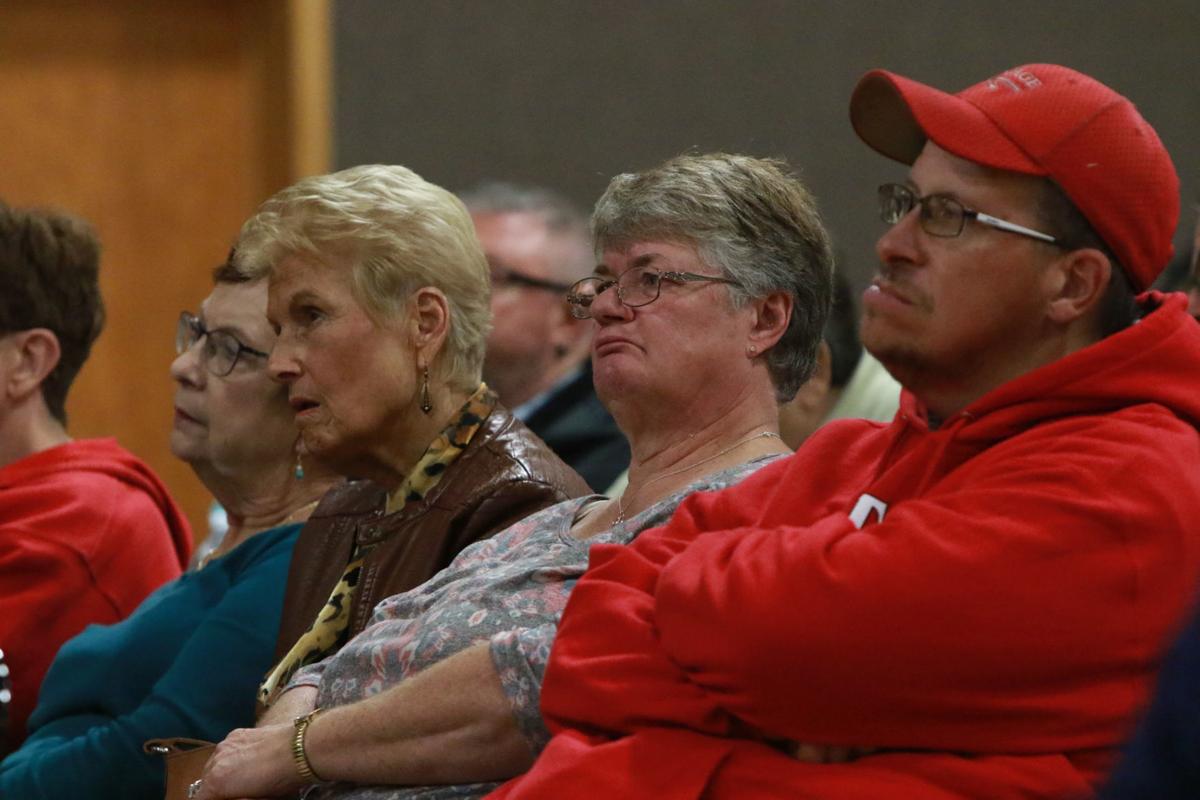 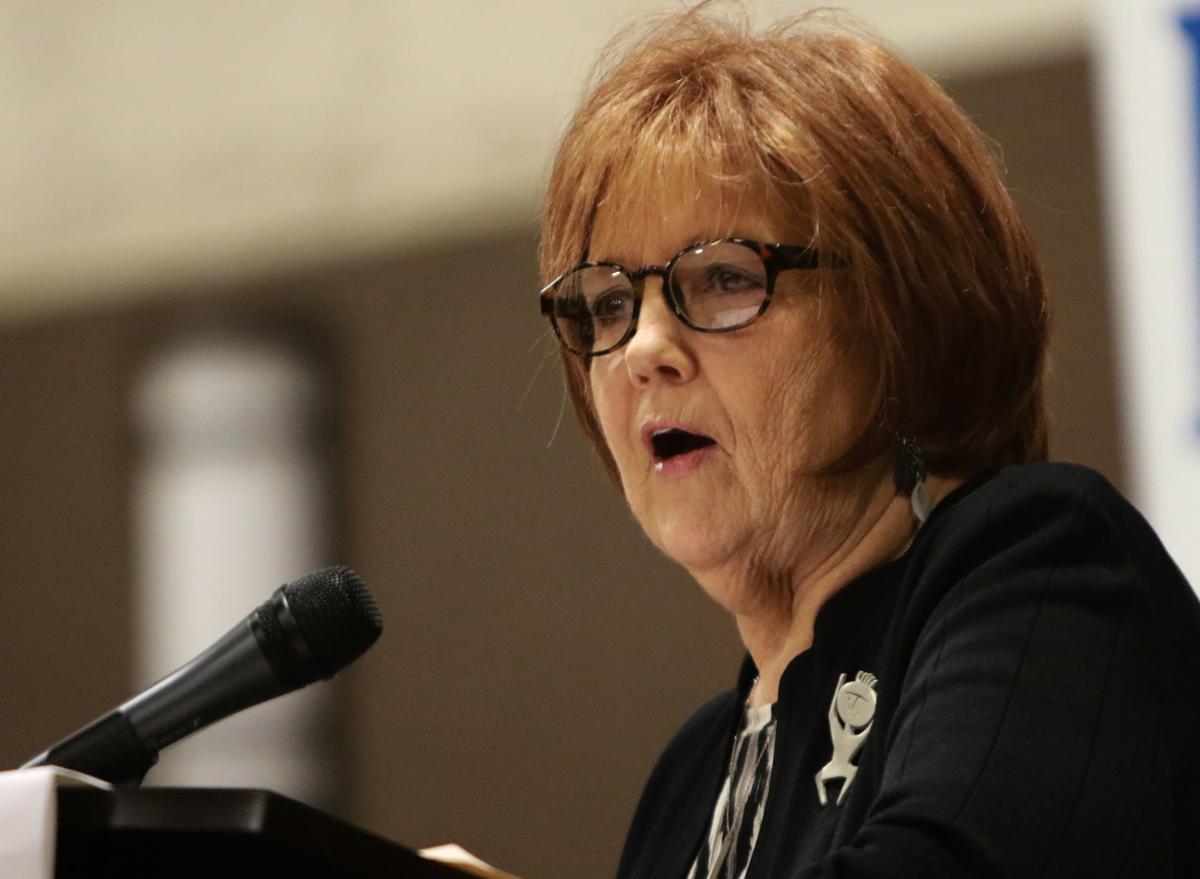 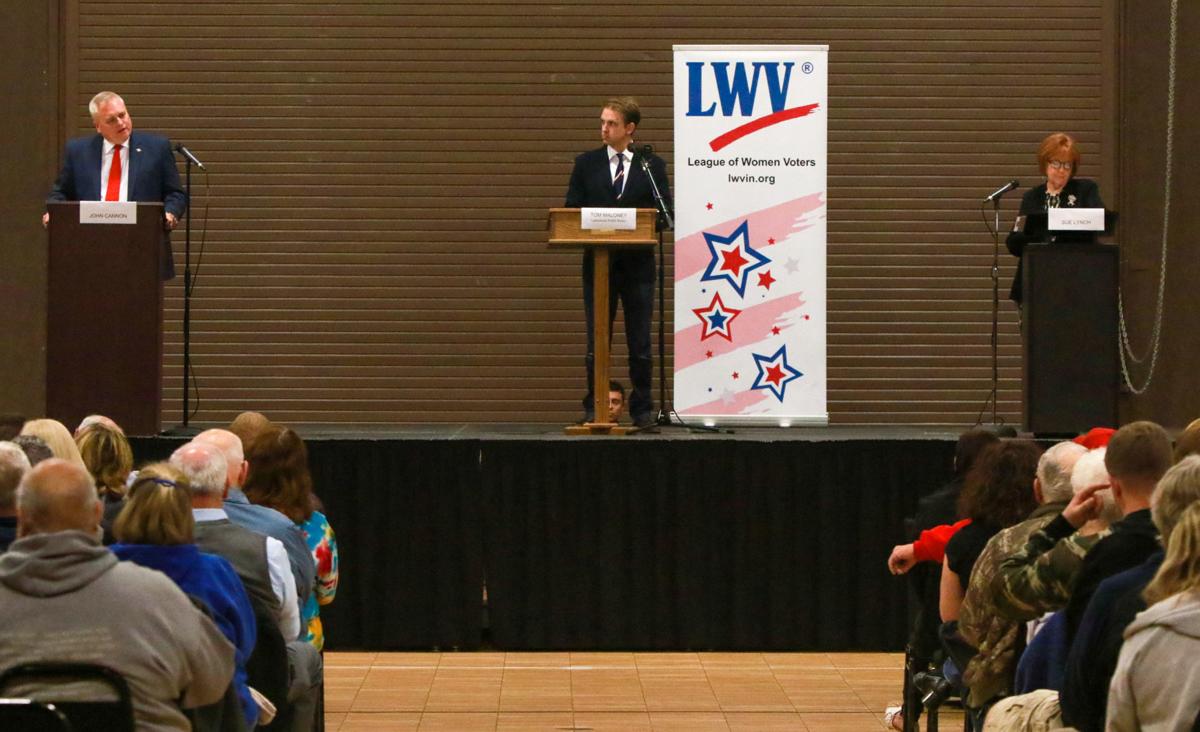 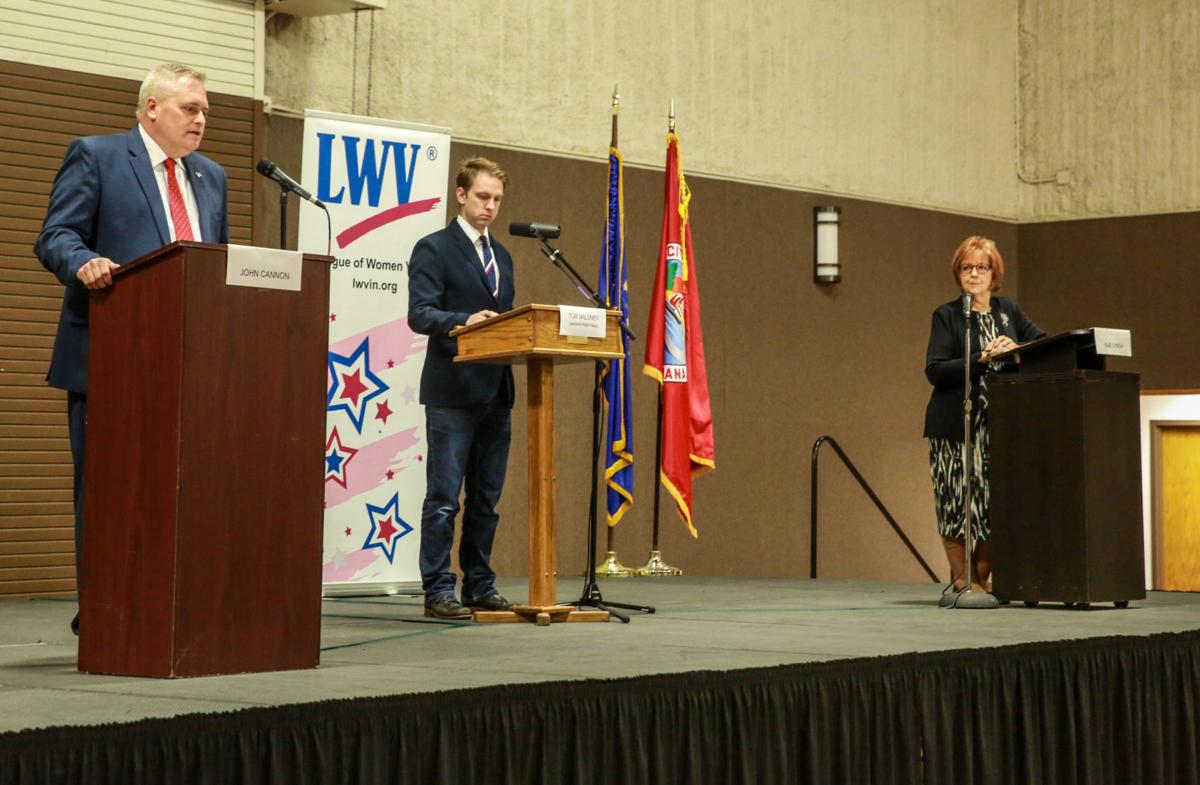 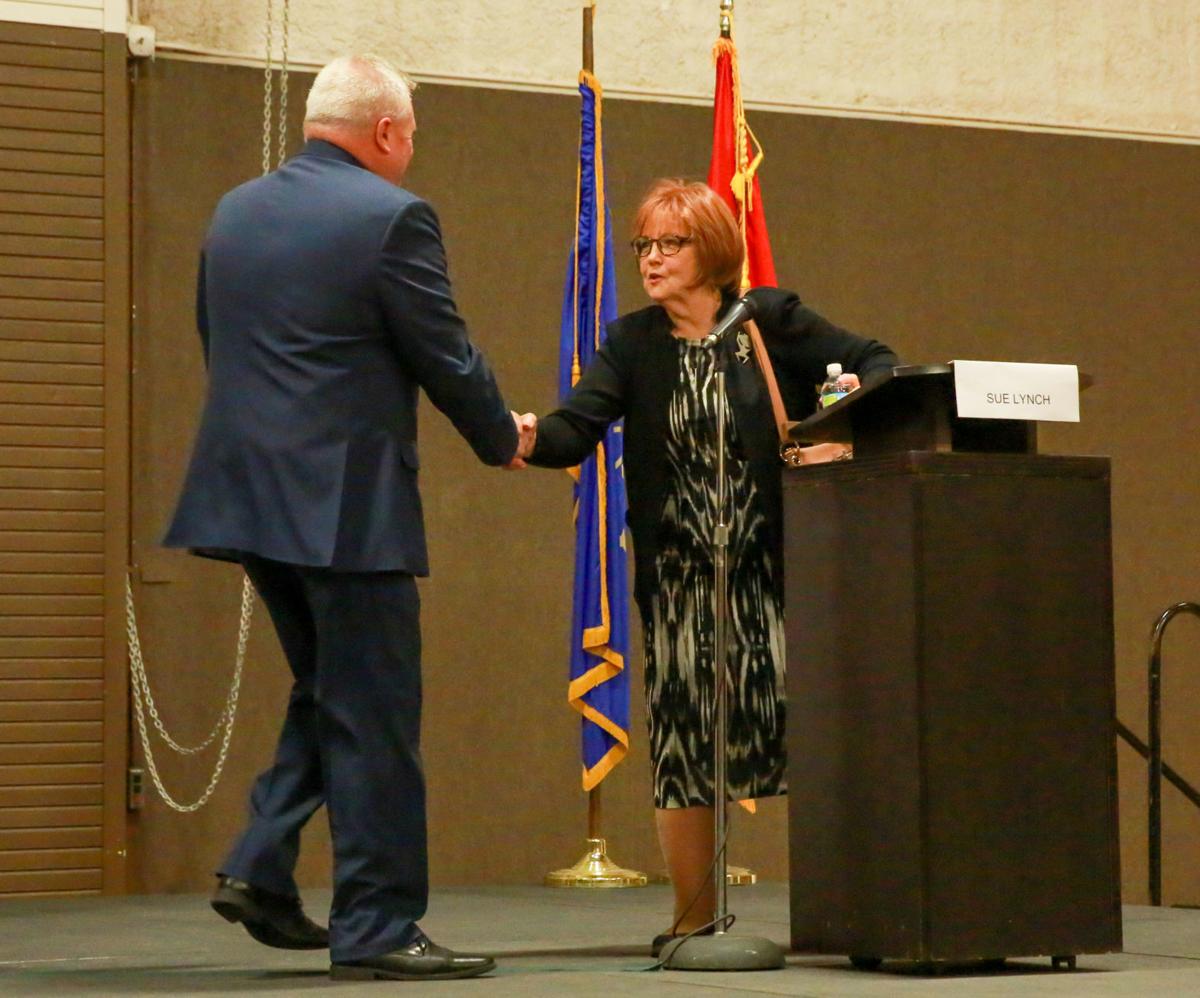 PORTAGE — Questions posed to the city's two mayoral candidates on Monday ranged from what they viewed as the city's greatest asset, as well as how to improve its tarnished image.

The two candidates, the city's mayor, Republican John Cannon, and Democrat Sue Lynch, who is serving her third term on the City Council, kept things cordial while answering questions posed to them in a packed auditorium in Oakwood Hall at Woodland Park.

The format allowed both candidates to present an opening and closing statement, as well as answer questions from the media and audience.

Lynch said during her opening statement she "would put politics aside and be an advocate for all citizens."

Cannon, during his opening statement, challenged those in the audience "to listen closely to the action I've taken and lack of action from my opponent."

The event was sponsored by the League of Women Voters, the Greater Portage Chamber of Commerce and Lakeshore Public Radio.

U.S. District Court Judge Joseph S. Van Bokkelen last month issued an order saying he will give the prosecution and defense until Dec. 6 to make their final arguments. Then, he will rule on Dec. 17 on whether to acquit Snyder, grant him a new trial or “announce the defendant's sentence."

Cannon is filling in Snyder's term, which expires Dec. 31, and is running for mayor in a retention campaign in the November municipal elections. He was uncontested in the primary.

Lynch, who is serving as city council president, won the Democratic bid in the May primary.

She had previously served on the Portage Township Advisory Board for five years and has been an activist on environmental and animal rights issues for decades.

Cannon, when asked what he would do if elected mayor, said the first thing he would do is continue communicating with residents, including a weekly live stream address to the city.

He thinks communication is something residents want from their mayor.

"In the first week of the address to the city we have 7,400 views. I'll communicate as always with honesty," Cannon said.

Lynch said that if elected, the first thing she would do would call for an audit of the city's finances.

Lynch said she sees Portage's downtown as its greatest asset.

"I'll do a lot of focusing on the downtown," Lynch said.

Cannon said the city's employees and people are its greatest asset.

"The second biggest asset is its lakefront and its waterways," Cannon said.

When asked about what he would do to recover and restore Portage from under its cloud given Snyder's conviction, Cannon said communication is key.

"I'm a different person than the last mayor. I communicate and am honest and the people see that," Cannon said.

Lynch said she is a people person and most people in Portage know that.

"We have to get rid of the negative headlines and be positive. We have to come together, and I'm that person to bring us to together," Lynch said.

When it comes to addressing neighborhood issues, Lynch said her focus would be making improvements to the west side.

"We need to create a paving plan once again," she said.

Cannon said he has walked the neighborhoods and knocked on some 2,540 doors.

An engaged public often separates municipalities that thrive from others that molder.

Portage 'strong, healthy, on the move' mayor says in State of the City address

PORTAGE — Portage is "strong, healthy, on the move and, yes, on the right track,” Mayor John Cannon said as he delivered the State of the City…

PORTAGE — Voters are invited to meet the city's two mayoral candidates during a forum at 7 p.m. Oct. 14 in Oakwood Hall at Woodland Park, 2100…

PORTAGE — Things are getting a bit testy in a Portage mayoral race.

EDITORIAL: Cannon is best bet to think on his feet as Portage mayor

Portage has suffered both documented and untold damage from the previous mayor's criminal betrayal of public trust.