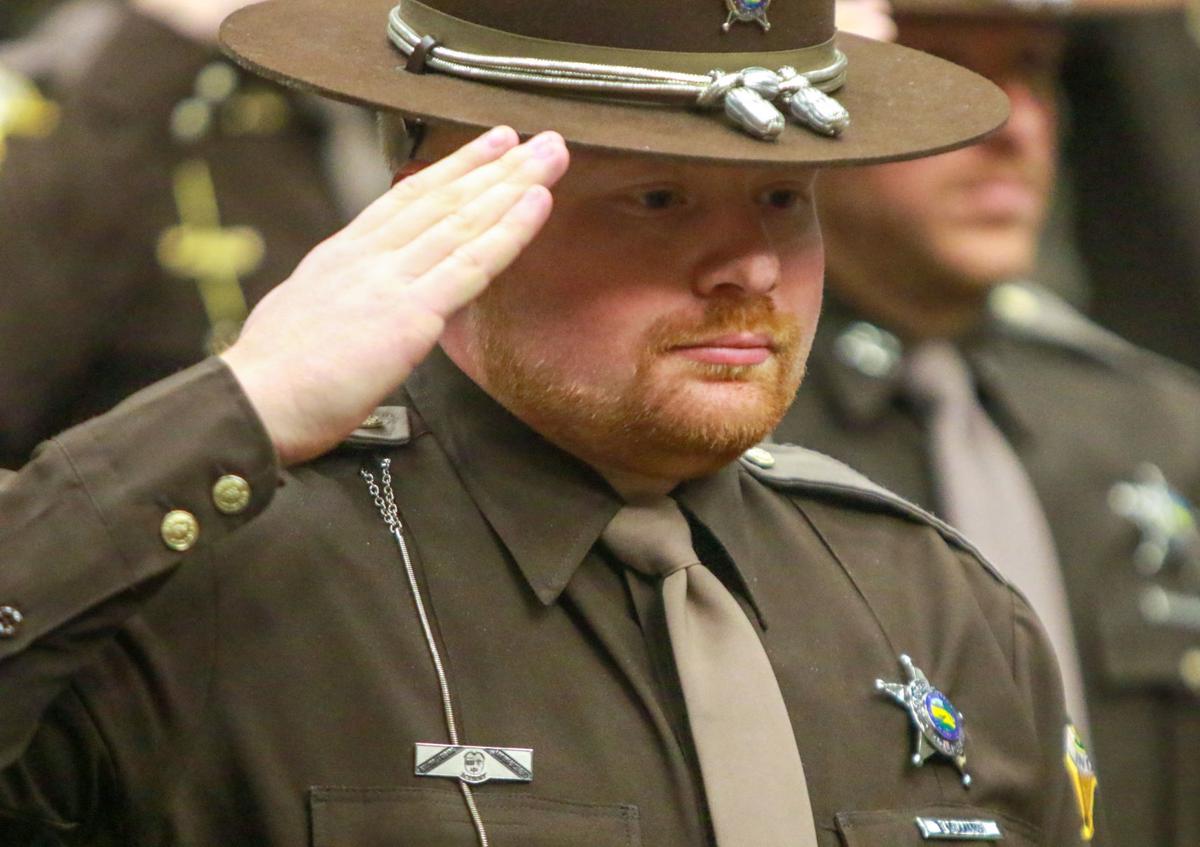 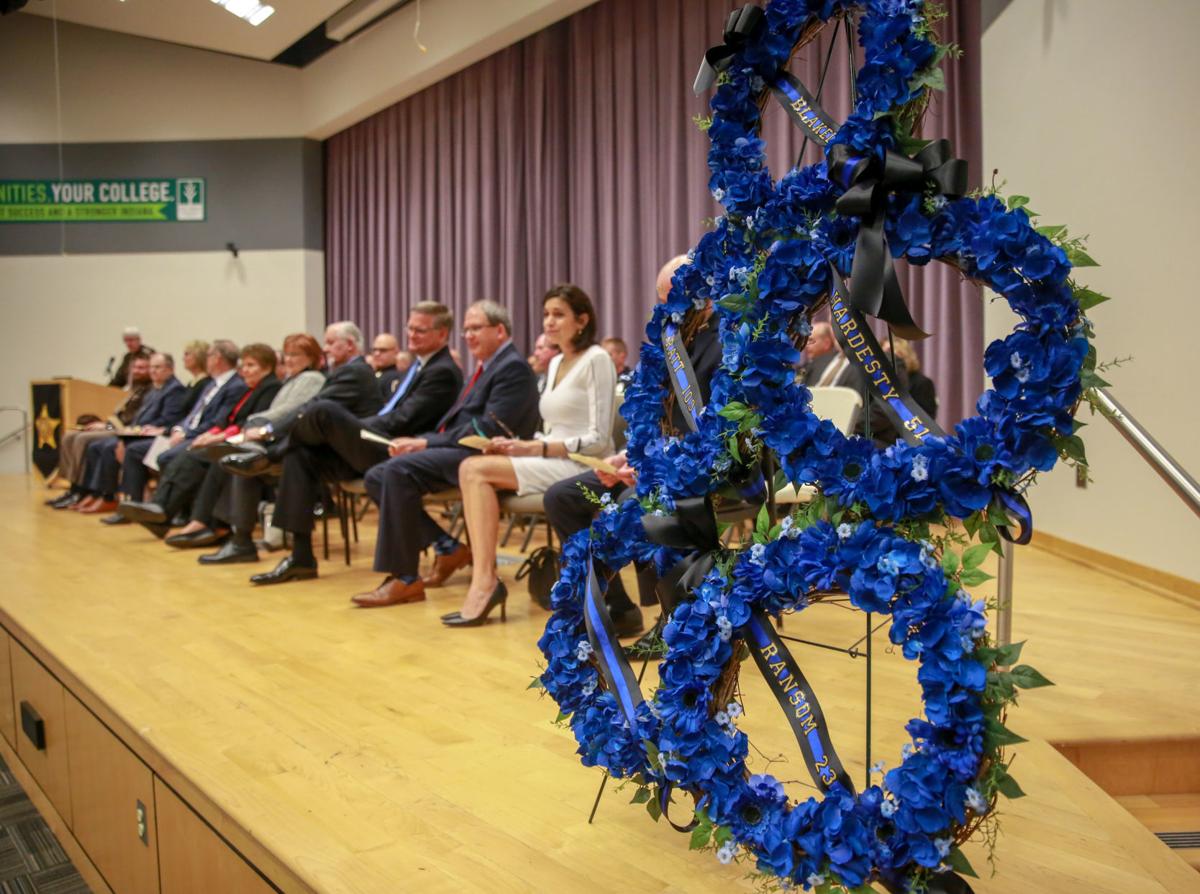 Wreaths with the names of fallen officers serve as a reminder at the memorial for the Porter County Sheriff's department at Ivy Tech Community college in Valparaiso. 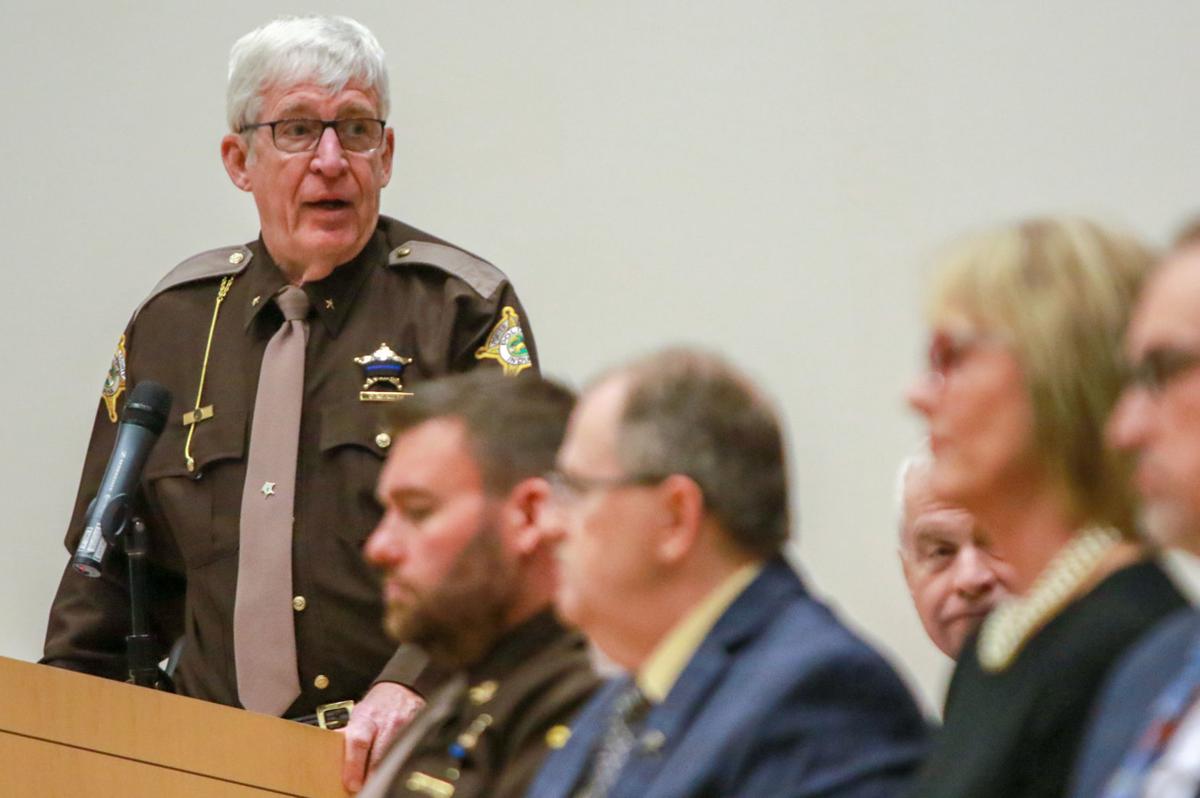 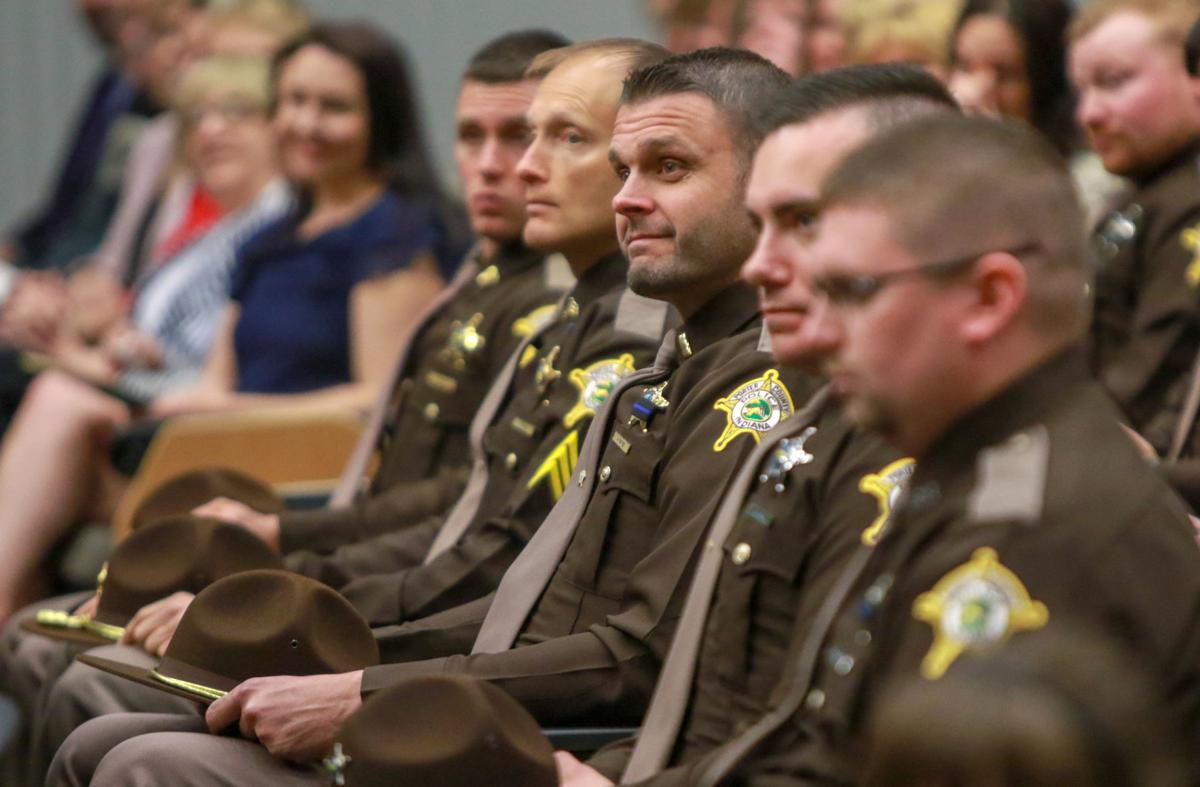 “I have remarked over the years how meaningful this service is and how much it means to our officers for you being here and taking part in what we consider one of the most important ceremonies for law enforcement,” said Sheriff David Reynolds. “We are here to honor those this year, last year, and every year, who did not return home after their tour of duty.”

Special mention was made of the two most recent officers killed while serving: Officer Phillip Pratt was killed in a motorcycle crash in 2012 and Warrant Officer Robert Ransom was killed in 2016 while helping officers save an inmate.

The sheriff said the funerals and the ceremonies are often the most difficult part of the job. He said it was especially difficult to attend the national memorial service in Washington, D.C., and looking into the tear-soaked eyes of the fallen officers' spouses'.

“I often ask myself: 'What motivates someone to become a police officer?' I don't think when I was 22 and out of college, or anyone who makes that decision, really understands the challenges that lie ahead of us,” Reynolds said.

The service was also a celebration of law enforcement officers past and present. Among the awards and accolades, Sgt. Jamie Erow introduced the winners of the sheriff department's elementary school essay contest.

“Kids tend not to have a filter, and they will tell you exactly how it is, sometimes brutally honest,” she said. “That makes reading these essays each year so much fun and, at times, enlightening.”

The four winners read their essays aloud to attendees, which were about why school resource officers are important to them.

“It is such an honor to be here with you today with so many heroes who lay their lives on the line every single day to keep Hoosiers safe in their homes, in their businesses and in their communities,” she said. “It is also an honor to pay homage and respect to those who have paid the ultimate sacrifice and laid down their lives to keep us safe.”

Cops on bikes honor fallen officers and their families

Wreaths with the names of fallen officers serve as a reminder at the memorial for the Porter County Sheriff's department at Ivy Tech Community college in Valparaiso.