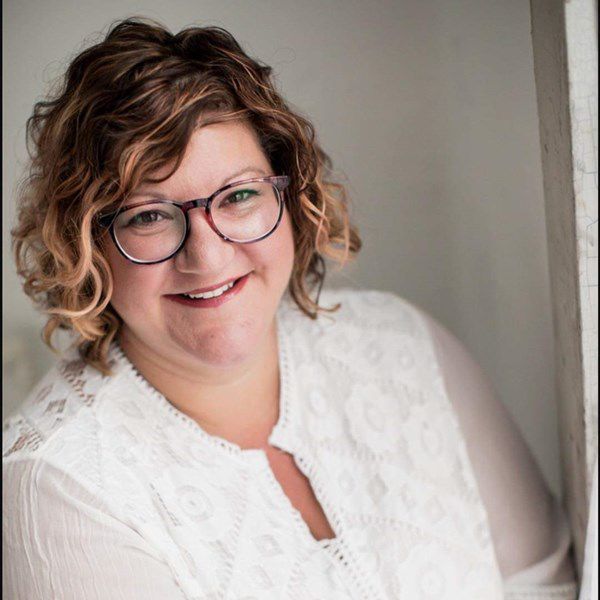 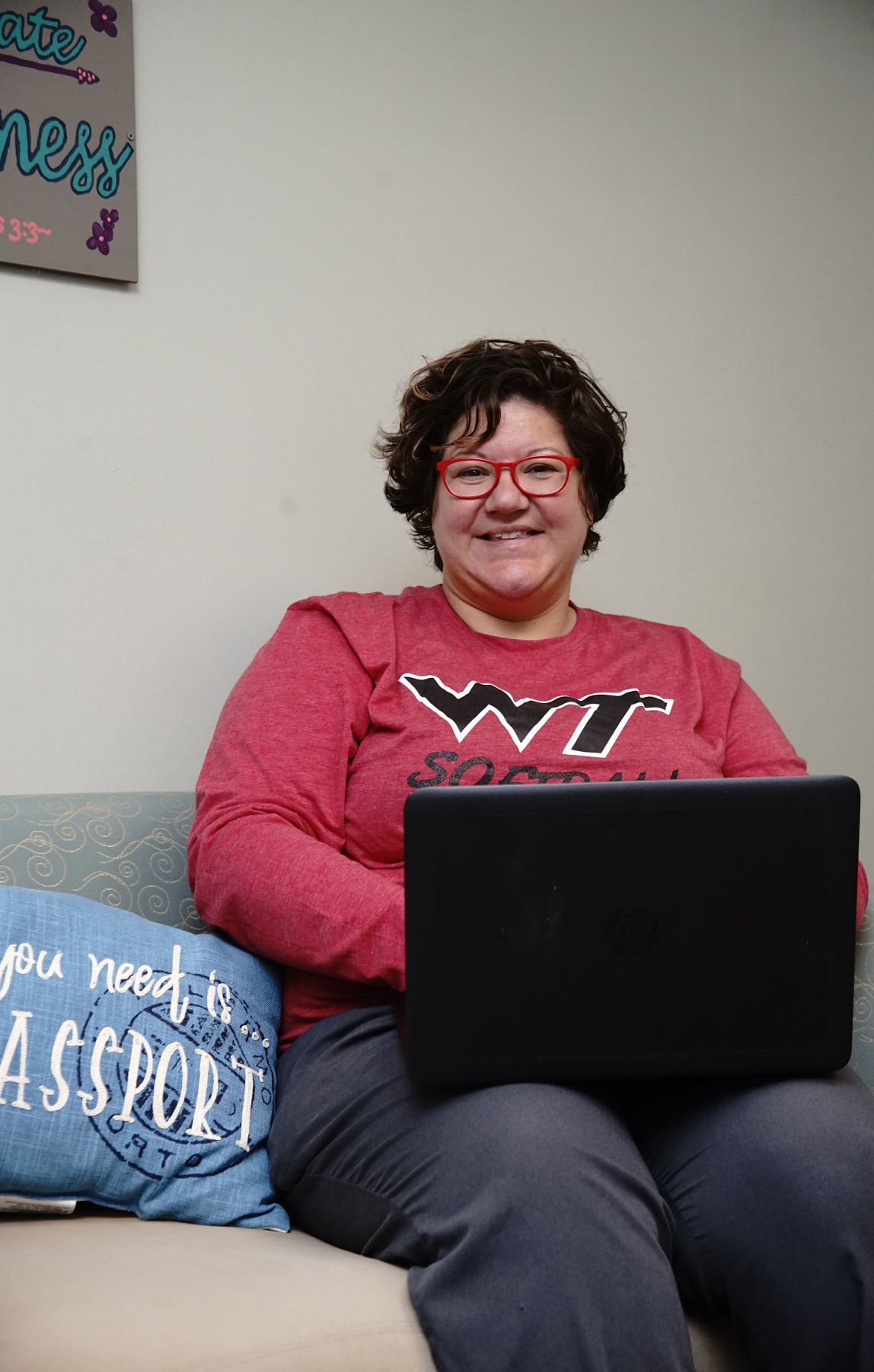 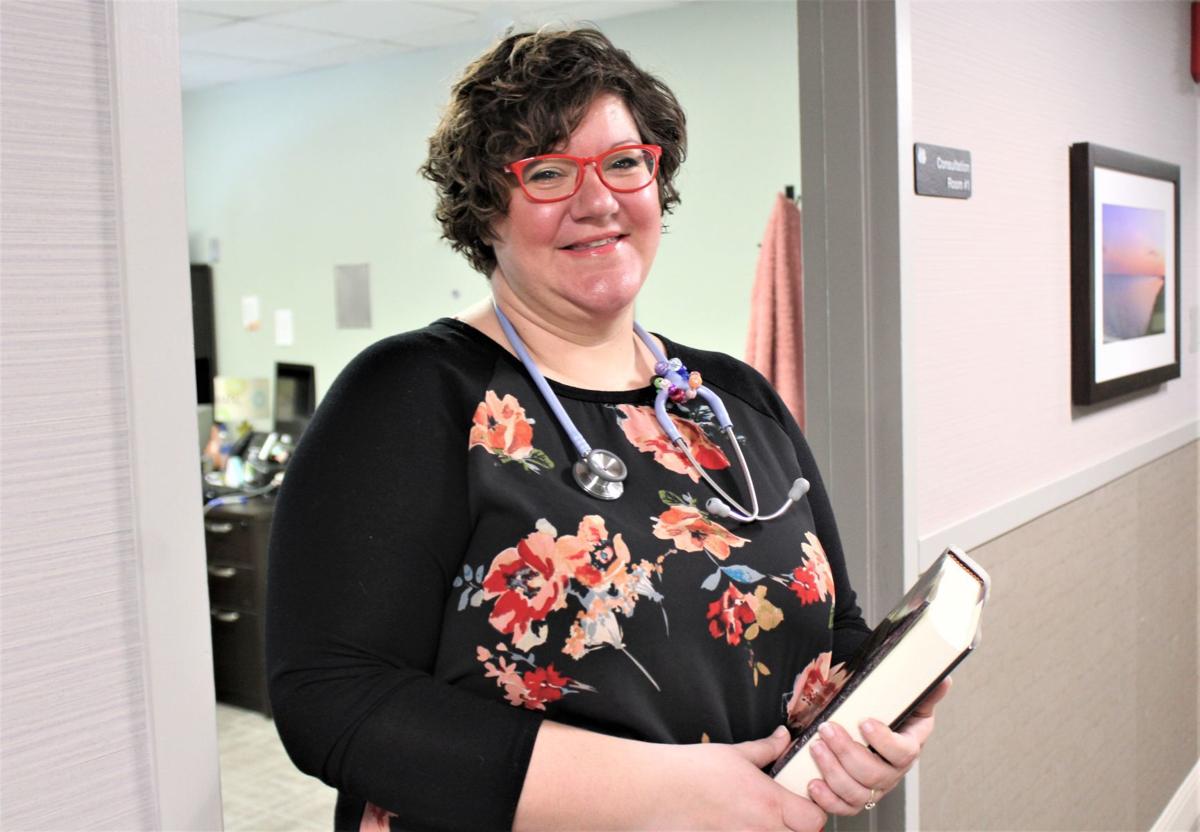 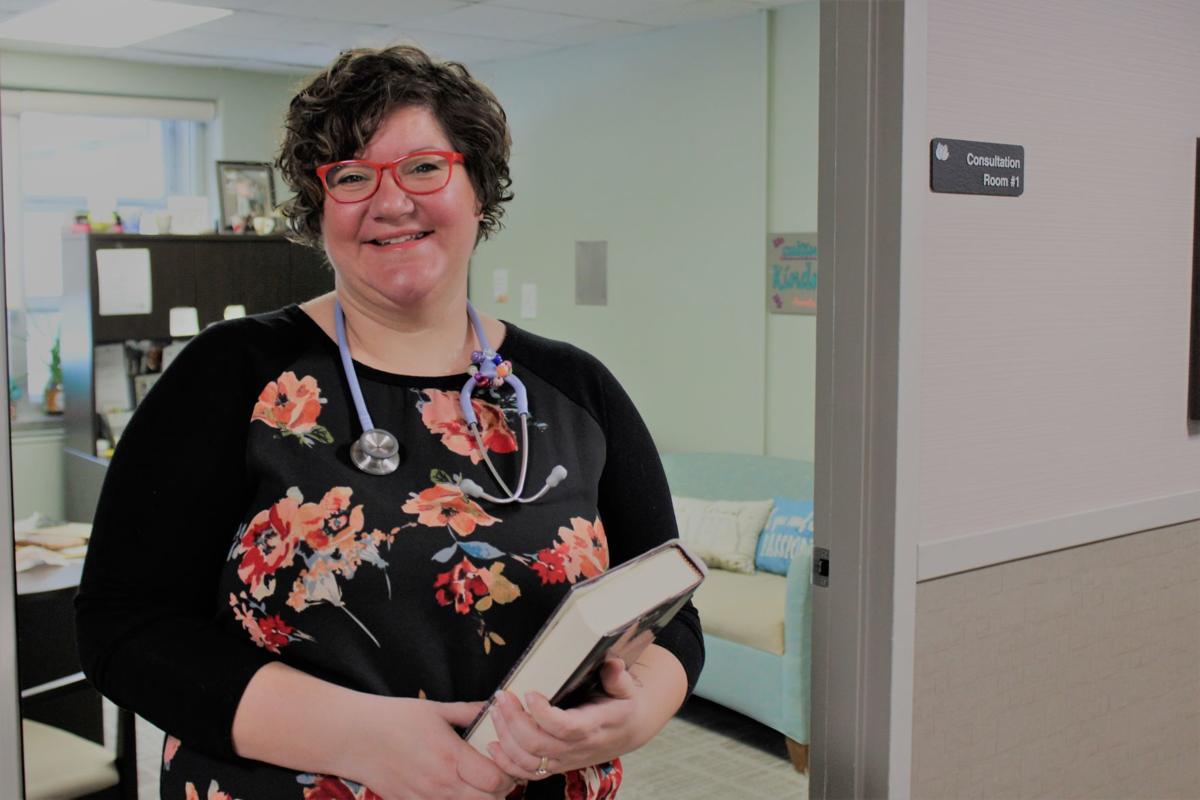 For Jennifer Jimenez, a psychiatric mental health nurse practitioner at St. Catherine Hospital, the hardest part of the COVID-19 pandemic is the lack of personal contact.

Jimenez meets with staff to help them cope with the situation as well as patients needing counseling — garbed in protective gear, of course.

“I’m a hugger by nature, and I can’t hug anyone now," Jimenez said. "A lot of the hospital’s policies have changed, and I work with patients who are in for mental health issues and who are COVID-19 positive.

“I still do telephone visits instead of personal ones, but it’s tough because I love to see my patients and give hugs. It’s humbling when people trust you with their life. This is a storm now, but I think we will see a wave of a different kind of storm from PTSD, anxiety and other aspects later."

Jimenez knew she wanted to be a nurse at age 8.

“My grandfather had lung cancer and lived with us,” Jimenez says. “I helped him do almost everything. As I grew older, I’ve always been a person who loves people, and I never could imagine doing anything else. I really liked taking care of people.”

She continued her care giving as a nursing assistant at LaPorte Hospital and at Countryside Nursing Home in LaPorte  while a student at South Central High School, in Union Mills.

At Goshen College, in Goshen, she explored her athletic side, pitching for the softball team all four years. But her nursing studies won out, and now she has been chosen as one of the top nurses in the Region in peer review.

After graduating from Goshen, Jimenez joined Elkhart General Hospital as a pediatric nurse. She worked there about a year before entering a family practice in Elkhart run by two Spanish-speaking doctors, which expanded her medical skills well as the Spanish she studied in college.

She moved to the Heart Health Center in Elkhart, where, as clinical manager, she helped it obtain nonprofit status. After two years, it was off to California, where she worked in pediatrics at the Children’s Hospital Los Angeles for several months before returning to the Region to get married.

When she couldn’t find a job in pediatrics close to her new home in Union Mills, she got a position with Franciscan Health in Michigan City as an RN in the psychiatric ward.

“And I loved it,” she says. “You really have to get to know people and learn their story. That’s how you can treat their illnesses. I stayed eight years, and it never got boring.”

Jimenez was asked to teach clinical nursing students in the psychiatric rotation at Purdue North Central. Because her bachelor's degree allowed her to teach for only one year, Jimenez returned to school. She got a master's in nursing at Indiana University South Bend and went on to Indiana University–Purdue University Indianapolis to get her post-master's nurse practitioner certificate.

Emily Johns has considered Jimenez amazing since since taking her mental health nursing class at Purdue and working alongside her at St. Catherine Hospital in East Chicago.

“She wants to change the world by healing the minds of the most broken individuals in the Region," Johns said. "When I first met her almost 10 years ago, she was this amazing, larger-than-life nurse. She continues to demonstrate the art of caring in nursing.”

“I recently had a patient who said he wouldn’t seek treatment for his mental health issues if he was not seeing me," Jimenez said. "When I feel really overwhelmed, God always finds a way to remind me of my purpose by giving me a pat on the back. Getting this recognition (as a top nurse) like this blows my mind. It’s not like I was competing for the prize.”

Jimenez is simply building on her desire to help, including developing a mental health awareness expo and suicide awareness and prevention events at St. Catherine.

Jimenez is “full of energy, which she channels to the care of patients," said Desiree Williams, a nurse practitioner with Michiana Gastroenterology in South Bend who met Jimenez in 2010, when both were pursuing their family nurse practitioner certification. "Her care will always include a focus on their mental well-being no matter what she is seeing a patient for. One of the most caring hearts was placed in this woman’s chest, and she has no difficulty giving a piece to each of her patients.”

Jimenez and her husband, Martin, have two daughters, Jackie, 13, and Molly, 9.

The Times will feature profiles on each of the 10 Nurses: The Heart of Health Care winners every Sunday through July 5. The original story announcing the winners printed in The Times' April 26 newspaper and can be found at nwi.com.

As COVID-19 cases rise across the nation, the deadly disease continues to highlight the vulnerability of nurses and medical staff on the front lines.

To be a nurse is to want to help and to heal, and someone who exemplifies determination and fortitude every day is Dawn Clark, RN, of Richton Park, Illinois.

The expansion is the biggest and most expensive in the airport’s 75-year history.

What Melissa Meadows finds most rewarding is “knowing that at the end of the day that I made a difference in someone’s life."

“It is an unfortunate fact that for some people the intensive care unit is where they will spend their last days,” says Brenda Roach, whose mother, Hope Jones, passed away in Franciscan Health Dyer’s ICU in January. Roach feels certain that God places angels in the ICU, and counts Amy Mirowski as the angel who especially blessed Roach’s mother and her family. “Amy exemplified God’s grace and mercy. She eased our mother’s fear and pain as well as our own.”

When it comes to Angie Pigg, those who can do also teach. The registered nurse runs the intermediate care unit at St. Mary Medical Center in Hobart, and she teaches the next generation of health care workers how it’s done.

Sometimes you just have a calling. For Jamie Pritchard, that calling involves health care.

As the pandemic rages, Sadie Urbanski, a registered nurse at Oak Grove Nursing Home in DeMotte, worries about the effects of the coronavirus. But it’s not for her own health and safety; instead, her concerns focus on the people in her care.