OAK PARK, Illinois — One Tulsa, Oklahoma, bar owner said more than a dozen motorcyclists showed up unannounced, but he served them a round of shots anyway to celebrate a birthday. Another live-streamed a drag queen show on Facebook while up to 20 people drank inside the locked bar, ignoring police when they knocked on the door.

Both were busted — and received misdemeanor citations and court dates — after police responded to tips that the bars were violating the mayor's order shuttering all nonessential businesses to help slow the spread of the coronavirus.

“There has to be some consequence for violating an executive order,” said Tulsa Police Lt. Richard Meulenberg.

It turns out plenty of people agree.

Snitches are emerging as enthusiastic allies as cities, states and countries work to enforce directives meant to limit person-to-person contact amid the virus pandemic that has claimed tens of thousands of lives worldwide. They're phoning police and municipal hotlines, complaining to elected officials and shaming perceived scofflaws on social media.

In hard-hit New York City, police arrested the owner of an illegal Brooklyn speakeasy where a dozen people were found drinking and gambling after someone called 311 with a tip.

In Chicago, a yoga studio that believed it qualified as an essential health and wellness service was closed after the city — tipped off by several residents — disagreed. Teacher Naveed Abidi of Bikram Yoga West Loop studio said he thought the studio could remain open if the space was sanitized, class size limited and students stayed far enough apart.

“If we were naughty with the government’s order, then we're very, very sorry" said Abidi, who faces a fine of up to $10,000. “We're not here to cause problems, we're here to practice our poses.”

For most people, the new virus causes only mild or moderate symptoms, such as fever and cough. For some, especially older adults and people with existing health problems, it can cause more severe illness, including pneumonia.

But the virus is spreading rapidly and starting to max out the health care system in several cities.

Naugatuck, Connecticut, resident Gwen Becker said she was “mortified” when she drove by a golf course and saw a crowd gathered around a food truck and eating at tables together. So she took a video that her friend posted on Facebook — prompting the mayor to shut down the course.

“I was angry and upset, and I threw some f-bombs,” said Becker, 54. “You’re not going to consider that what you’re doing could kill somebody?”

In some places, investigators are patrolling the streets, looking for violators.

A team enforcing Denver’s shelter-in-place order issued five citations — including to Hobby Lobby and a Game Stop franchise that claimed it was essential — and more than 600 warnings to businesses and individuals as of Tuesday, city spokesman Alton Dillard said. The team also patrols neighborhoods, parks and recreation areas.

In Newark, New Jersey, police shut down 15 businesses in one night and cited 161 people for violating the governor's restrictions, saying others would be next if they didn't heed directives. And Maryland State Police said they'd conducted nearly 6,600 business and crowd compliance checks.

Chicago police even disbanded a funeral Sunday after seeing a group of up to 60 people, many elderly, congregating inside a church, police spokesman Anthony Guglielmi said.

In some cases, residents are turning on neighbors.

Police in Spain — sometimes aided by videos and photos posted online by zealous residents, or “balcony police” — have arrested nearly 2,000 people and fined over 230,000 for violating quarantine orders.

In one viral video, the person recording it is heard criticizing a woman who decides to go for a jog and resists police orders to produce her ID card. Another shows a family of four heading to a supermarket carrying a scooter for one of their children while half a dozen neighbors yell at them from the window.

And in New Zealand, a police website set up for the public to report violators crashed after too many people tried to access it at once. Among the complaints were people playing rugby and Frisbee and holding impromptu “corona” parties, The Guardian reported.

Back in Tulsa, Lt. Meulenberg said the department's call volume has increased substantially with residents ratting out businesses and neighbors alike, though they can't respond to all of them.

“The fact that we have to do this at all means some people are not interested in self-preservation” or protecting others, Meulenberg said. “We're not immunologists. We're not scientists. We're cops. We’re just trying to do our part.”

The church's doors are wide open with modifications that keep the church in compliance with the governor's "stay-at-home" order, its senior pastor said.

A federal lawsuit seeks an order directing state officials "to drastically reduce Illinois’ prison population" on grounds that hundreds of inmates are particularly vulnerable to catching and dying from the coronavirus.

Indiana gets dozens of price gouging complaints amid coronavirus outbreak

Doc's Smokehouse in Dyer is giving people the chance to buy barbecue meals for front-line nurses and other health care heroes in the COVID-19 fight.

Illinois has barred all activities at state parks, fish and wildlife areas, recreational areas and historic sites in another move to stem the spread of the coronavirus.

Stores in Schererville and Highland voluntarily closed down amid a statewide coronavirus shutdown, but not all businesses have been that cooperative, police said. 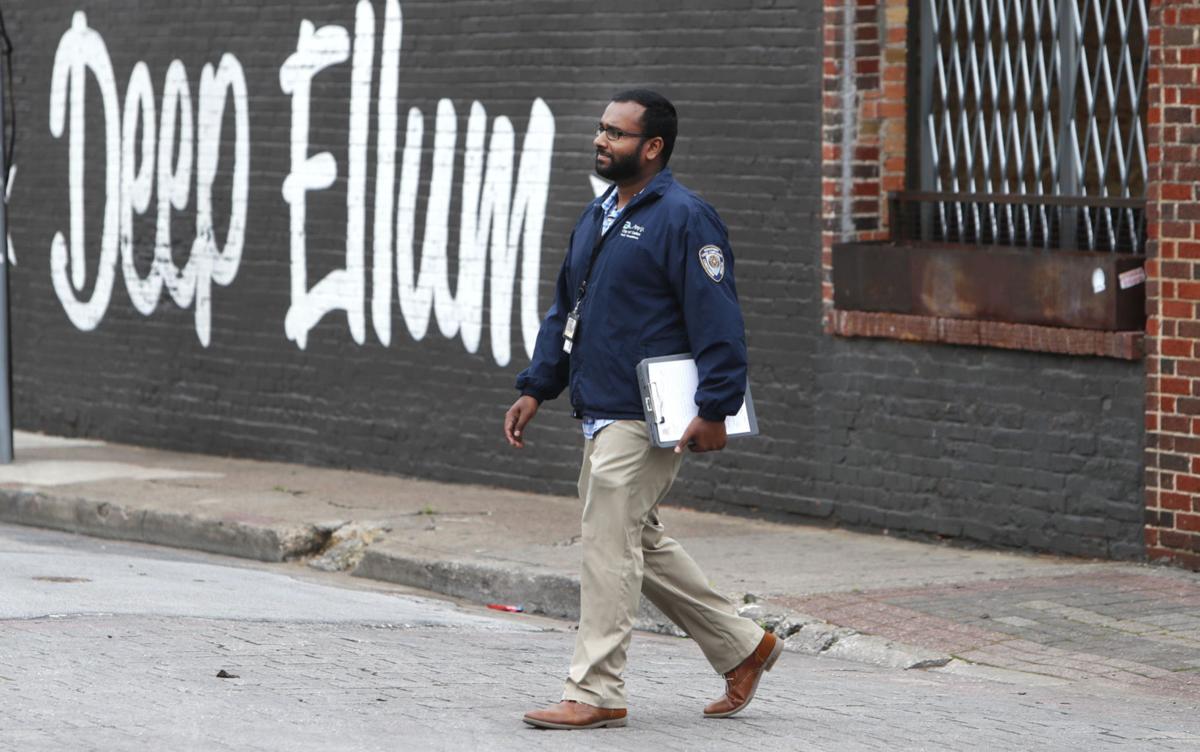 City of Dallas code compliance officer Eldho Babu checks on businesses amid concerns of COVID-19 spreading in the Deep Ellum section of Dallas on Tuesday. 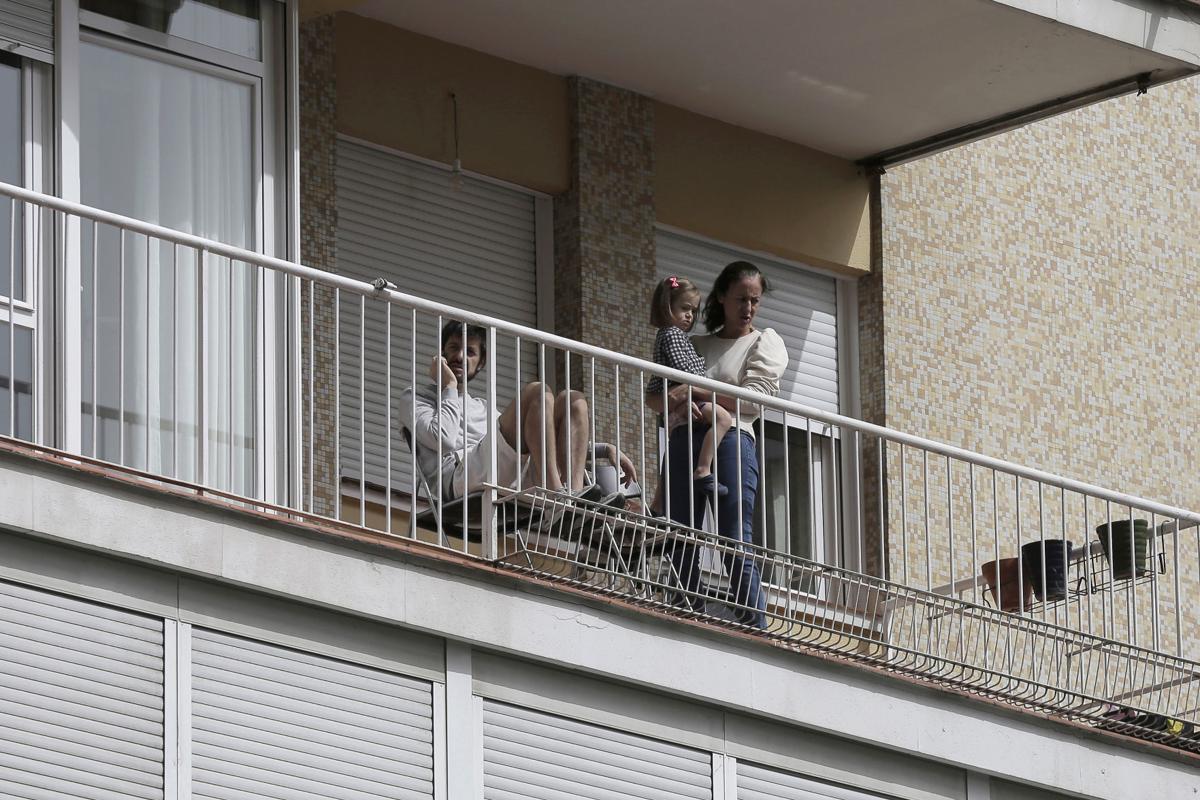 People look out from their balcony in Madrid, Spain on March 19. 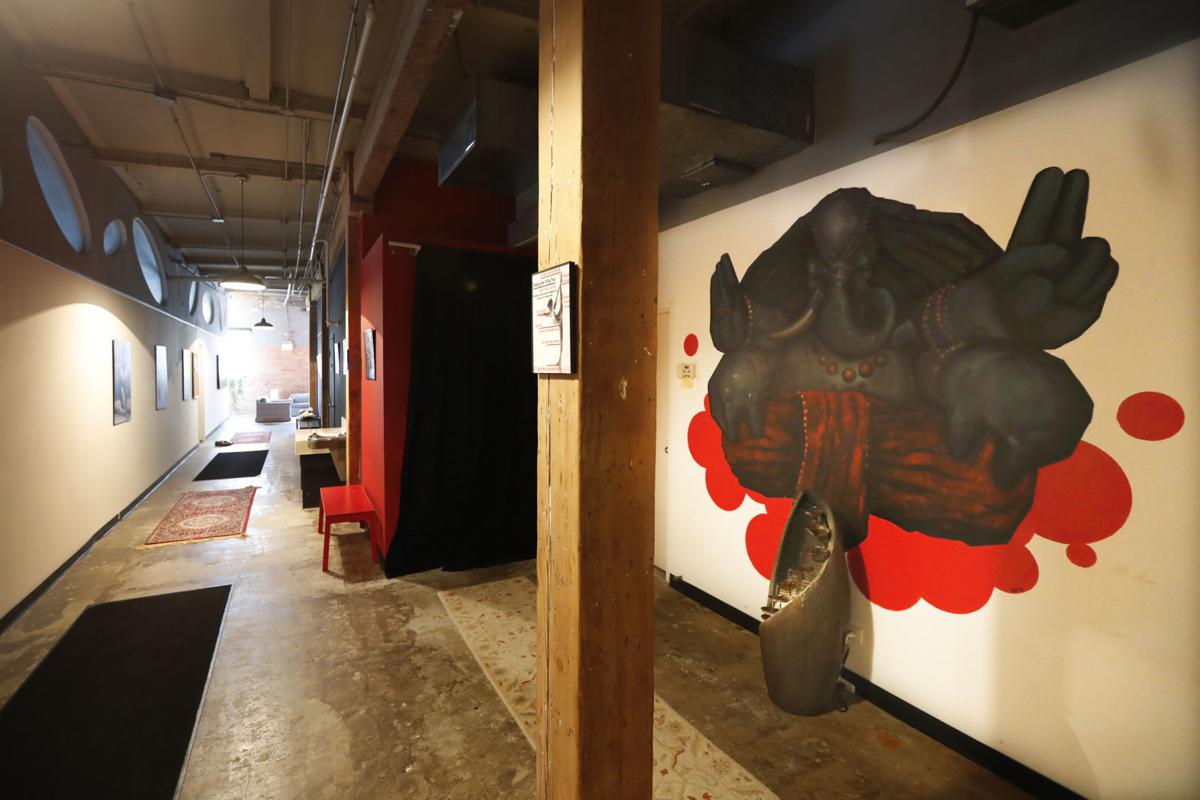 The long hallway inside Naveed Abidi's Bikram Yoga West is empty of members on Wednesday after being closed by the city last week, tipped off by several residents who disagreed with it being an essential health and wellness center in Chicago 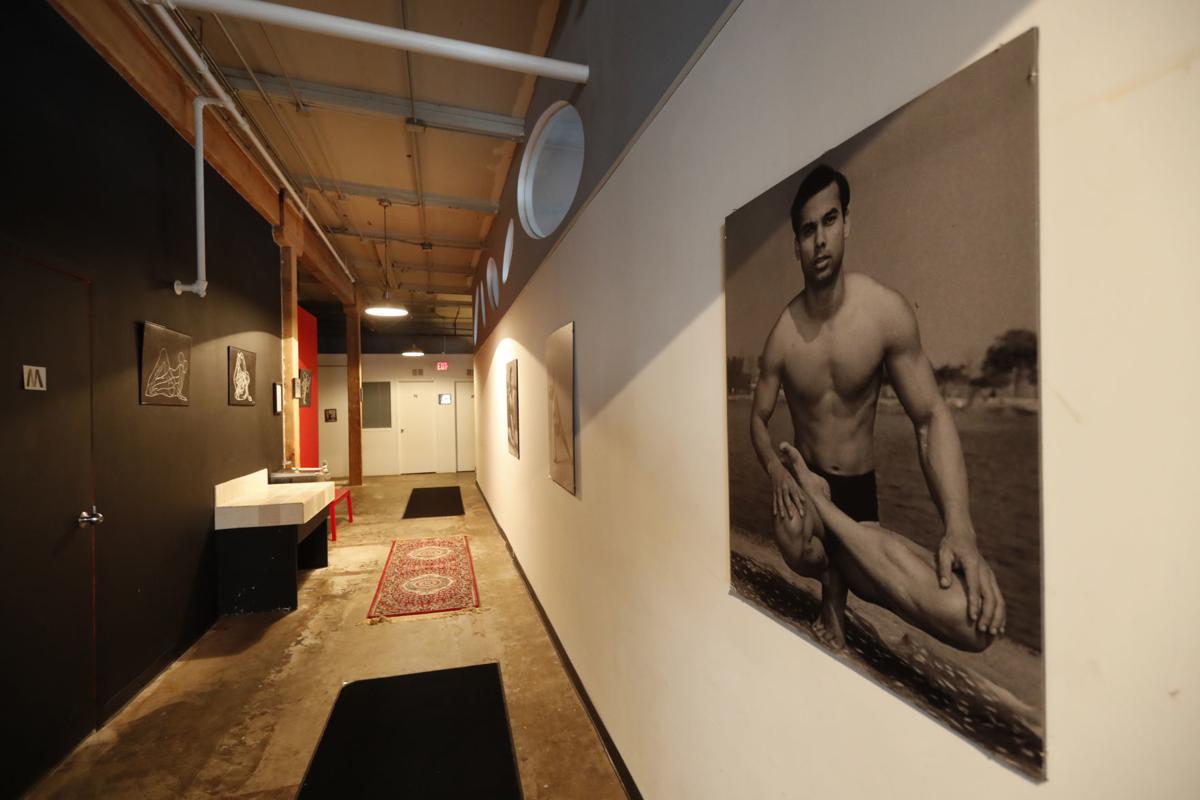 The long hallway inside Naveed Abidi's Bikram Yoga West is empty, of members on Wednesday after being closed by the city last week, tipped off by several residents who disagreed with it being an essential health and wellness center in Chicago. 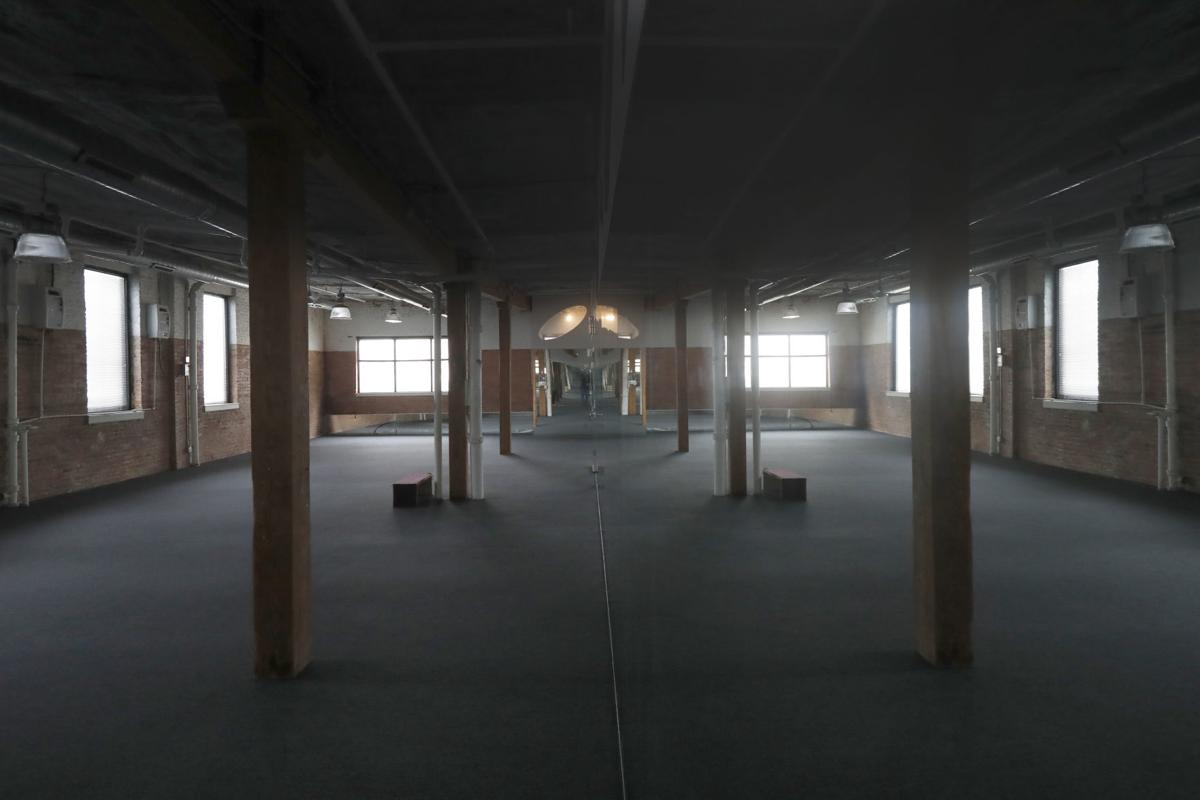 The large Hot Room is seen inside Naveed Abidi's Bikram Yoga West, which is empty of members on Wednesday after being closed by the city last week in Chicago. 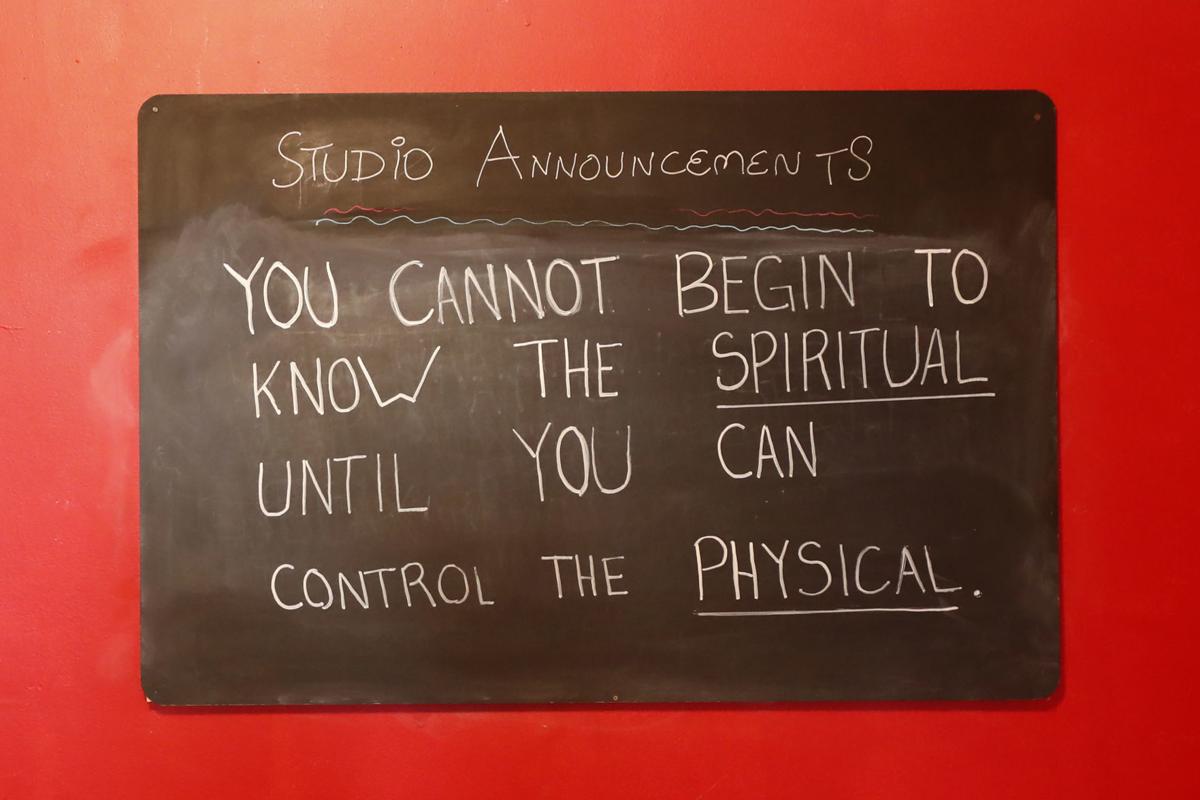 A sign greets members inside Naveed Abidi's Bikram Yoga West on Wednesday. Tipped off by several residents who disagreed with it being an essential health and wellness center, the city shut it down last week in Chicago. 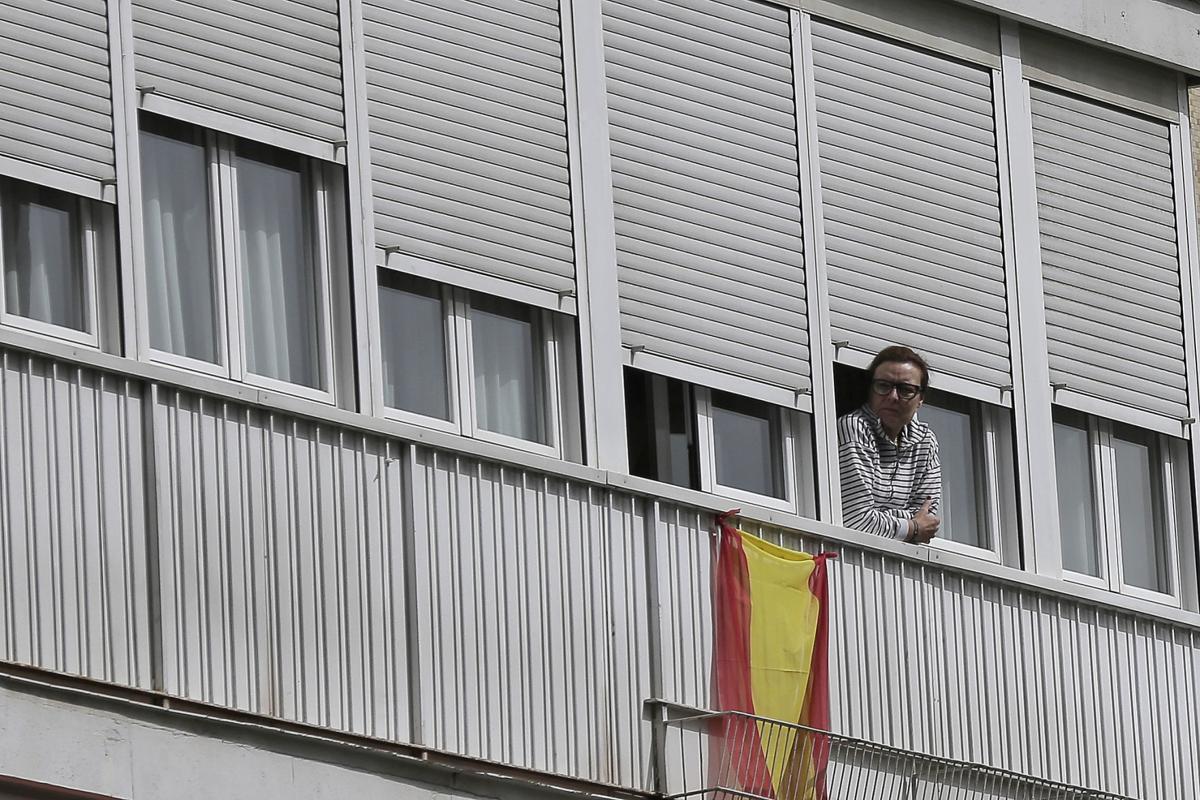 A woman looks out from a balcony next to a Spanish flag in Madrid, Spain on March 19, 2020.