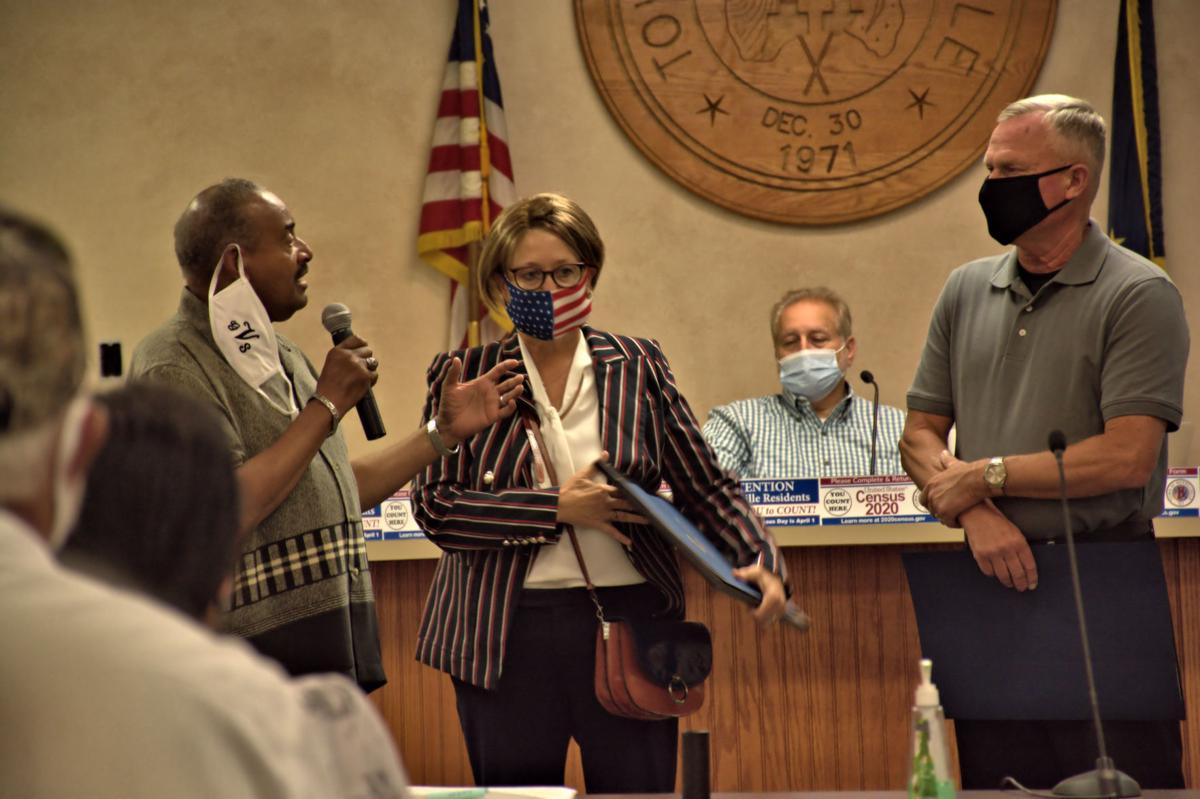 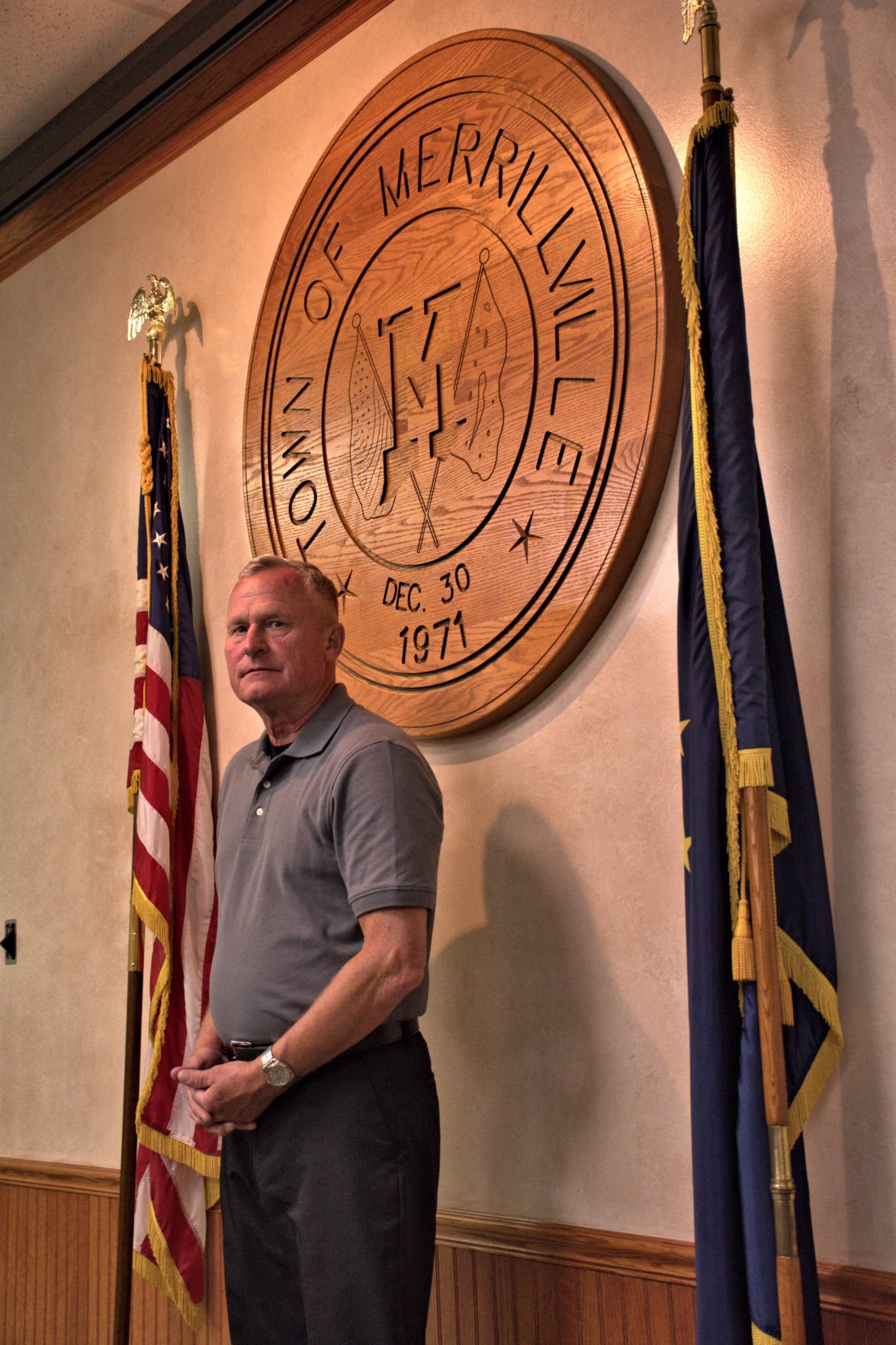 Former Police Chief Joseph Petruch stands in Merrillville Town Hall. Petruch retired at the end of June following more than 40 years in law enforcement. Petruch received the Circle of the Corydon award, the second-highest recognition a Hoosier can receive.

MERRILLVILLE — His 43-year career in law enforcement wasn't about receiving praise, but former Police Chief Joseph Petruch was given plenty of it at the last Town Council meeting.

Weeks after his retirement, Petruch was the recipient of the Circle of Corydon award. The honor recognizes citizens who have made significant contributions to the betterment of Indiana, and it's the second-highest recognition a Hoosier can receive.

“(Petruch) has done more for this community and more for the area as a policeman than any man that I can think of,” said State Rep. Michael Aylesworth, R-Hebron.

“When I submitted his name to the to the Governor's office for an award, it turns out that (Beck) and (Smith) had done the same thing, so that speaks volumes,” Aylesworth said.

The three state representatives attended the Town Council meeting to present Petruch with the Circle of Corydon.

Smith said Petruch served more than the town of Merrillville during his law enforcement career, and he is well-deserving of the award.

“He's served this whole Region because he's been so involved,” Smith said.

Petruch became a police officer in 1977, starting his career in Gary.

He joined the Merrillville Police Department in 1979. Petruch worked his way up the ranks and became Merrillville’s top cop in 2007.

“It's been a pleasure serving the town of Merrillville and the state of Indiana for the past 43 years,” said Petruch, who retired at the end of June. “I appreciate the citizens of Merrillville for letting me serve you and I always came out to try and make every day a big difference in the town. I hope I accomplished that.”

Town Councilman Richard Hardaway presented Petruch with another award from the town for Petruch's commitment to the municipality and his strong leadership.

“You are truly one of Merrillville's finest for the dedicated, courageous and commendable service for our town,” Hardaway said.

That wasn't the only way Petruch was recognized during the council meeting.

Petruch, Lake County officer Trevor Mckinney and Merrillville officers Sean Leto, Curtis Minchuk and Matthew Reynolds also were honored for their efforts on May 11 to save a man who attempted to take his life by jumping from the 61st Avenue bridge to Interstate 65.

The officers acted quickly and worked together to catch the man by his ankle as he dove head first off the bridge.

Councilman Jeff Minchuk said the man is alive today because of the officers, and Merrillville and Lake County are fortunate the men are serving the area.

“I'm really proud of these guys, what they did and what they accomplished,” Councilman Leonard White said. “They did save a life and that's pretty important.”

The town's first African-American chief was sworn in Monday during a private ceremony at Town Hall.

The council approved a resolution requiring its authorization before significant changes are made to the Police Department prior to Police Chief Jospeh Petruch’s retirement on June 30.

Donohue honored for decades of service

Former Assistant Police Chief James Donohue has been honored for his 40 years of service to Merrillville.

Former Police Chief Joseph Petruch stands in Merrillville Town Hall. Petruch retired at the end of June following more than 40 years in law enforcement. Petruch received the Circle of the Corydon award, the second-highest recognition a Hoosier can receive.