Become a Member
Read Today's E-edition
Share This
Schilling honored with Sagamore at St. John Oktoberfest
0 Comments
Share this
1 of 7 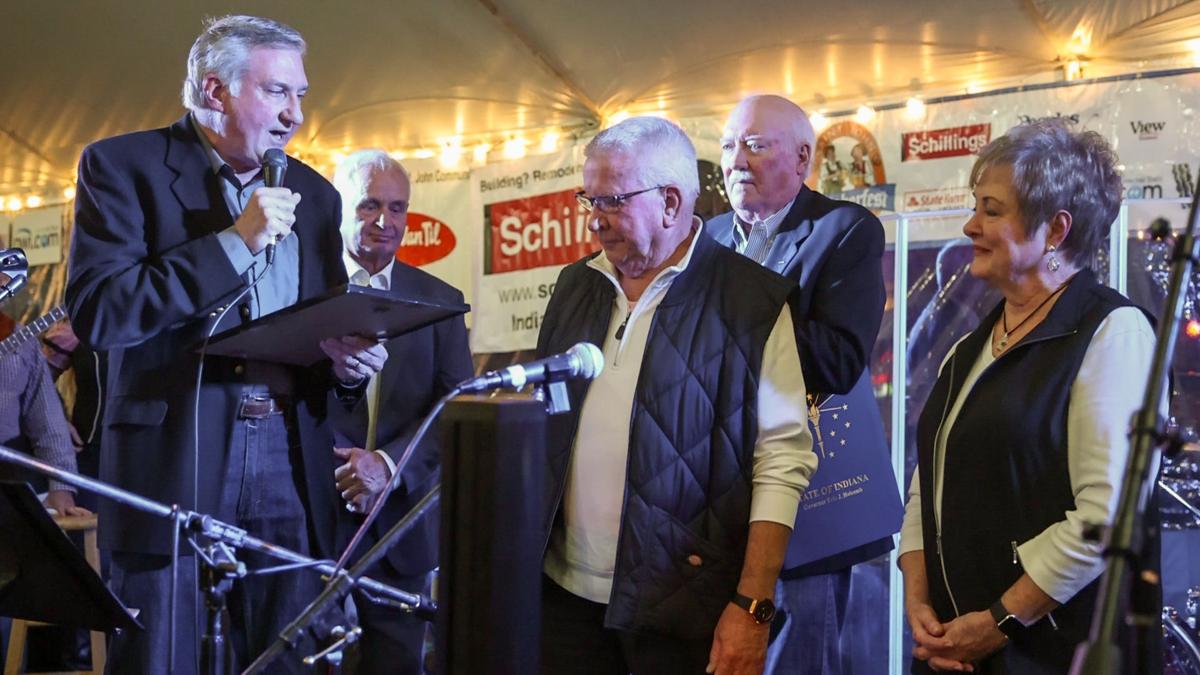 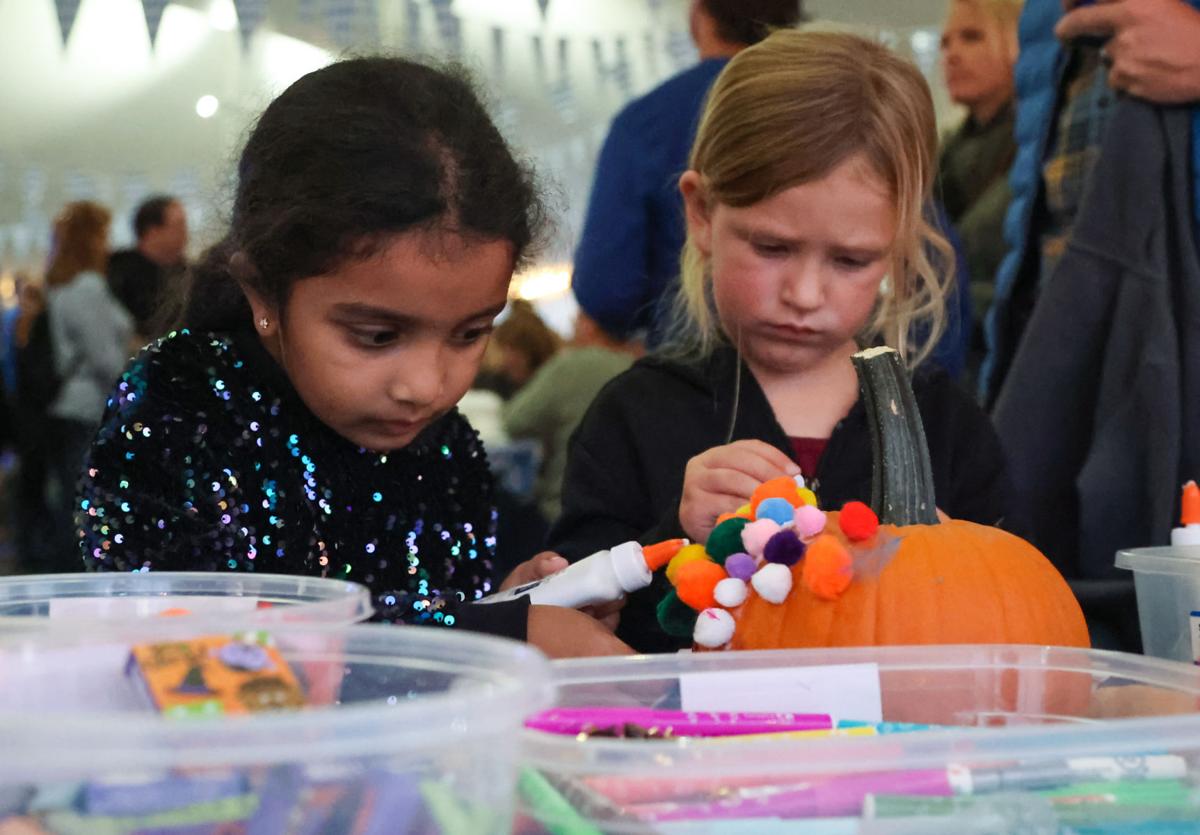 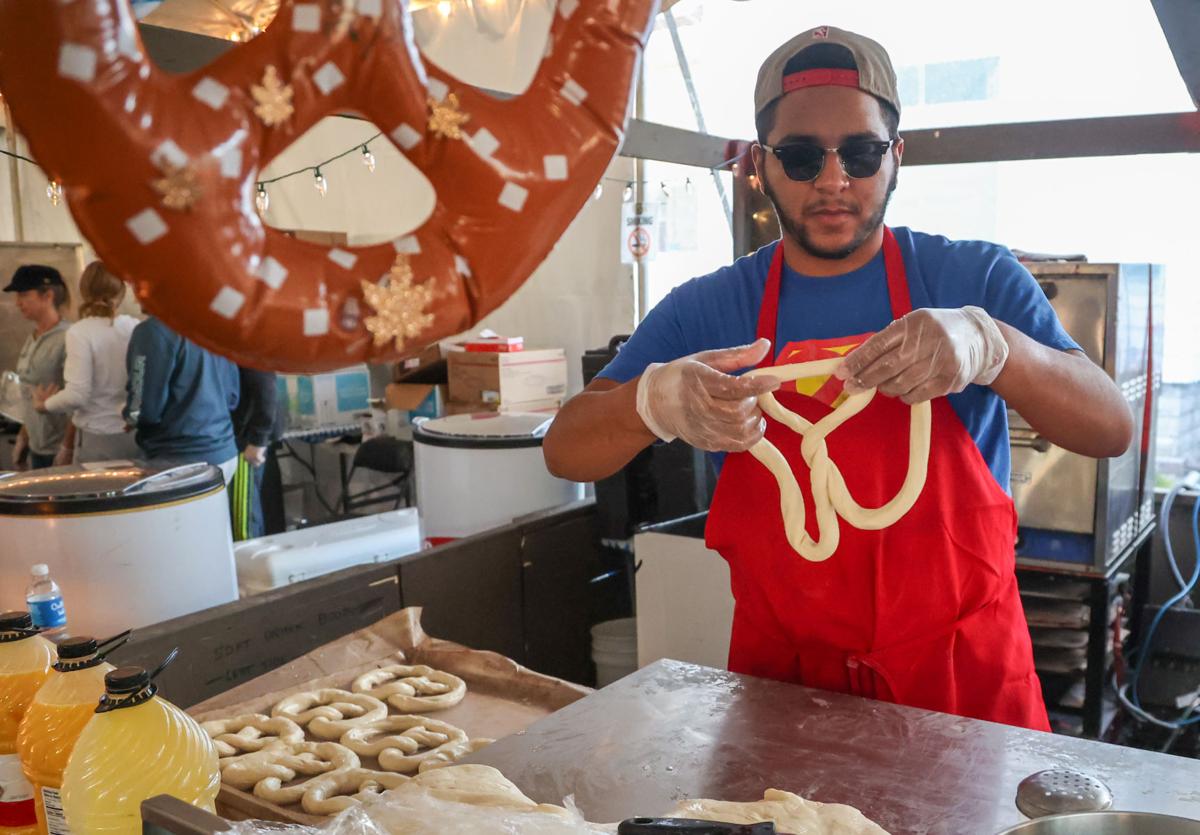 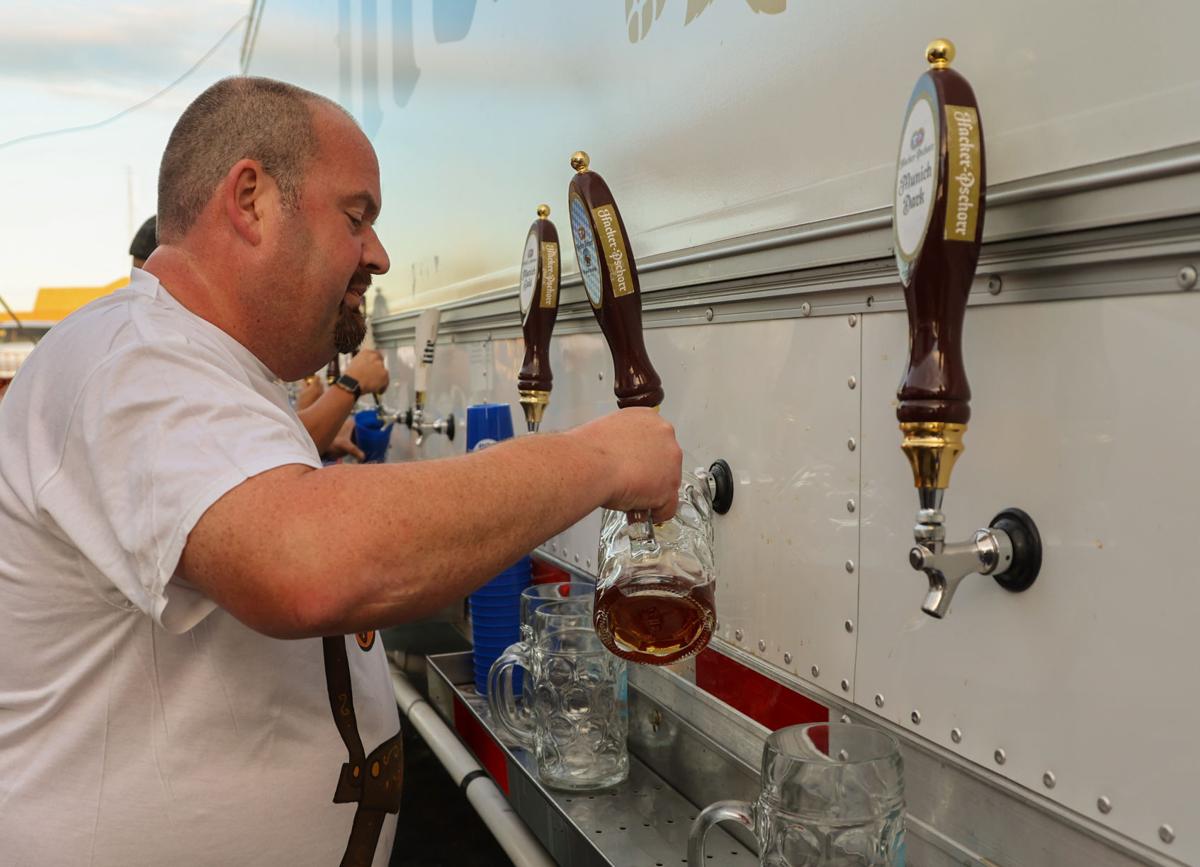 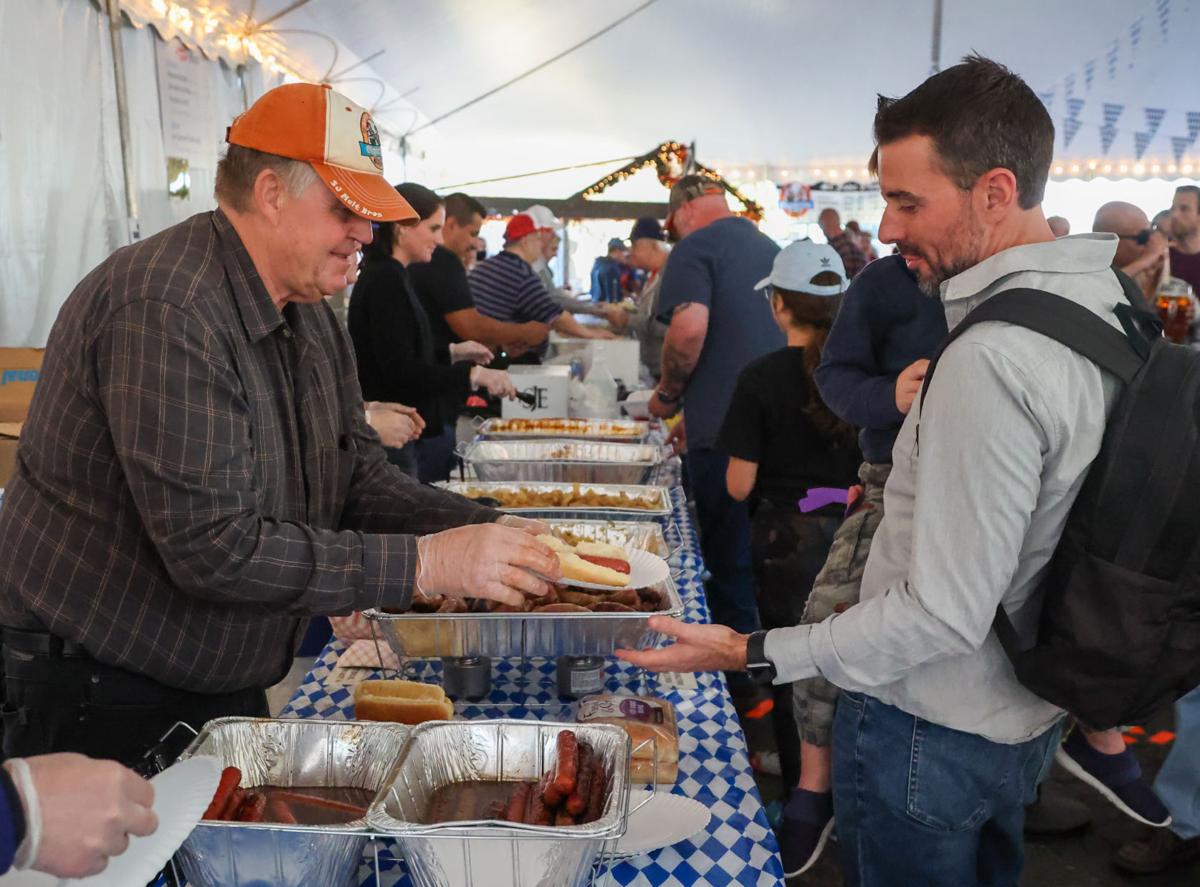 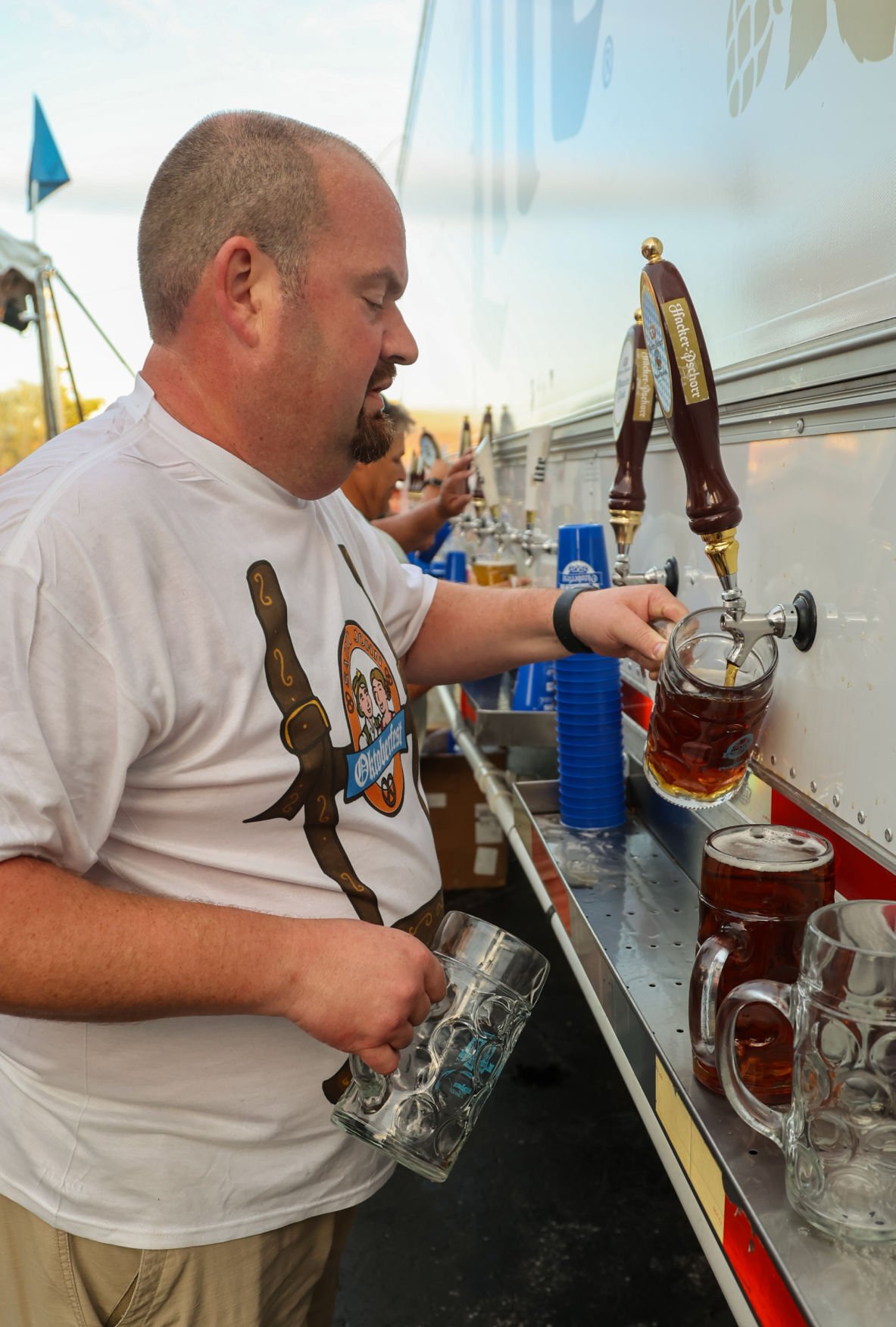 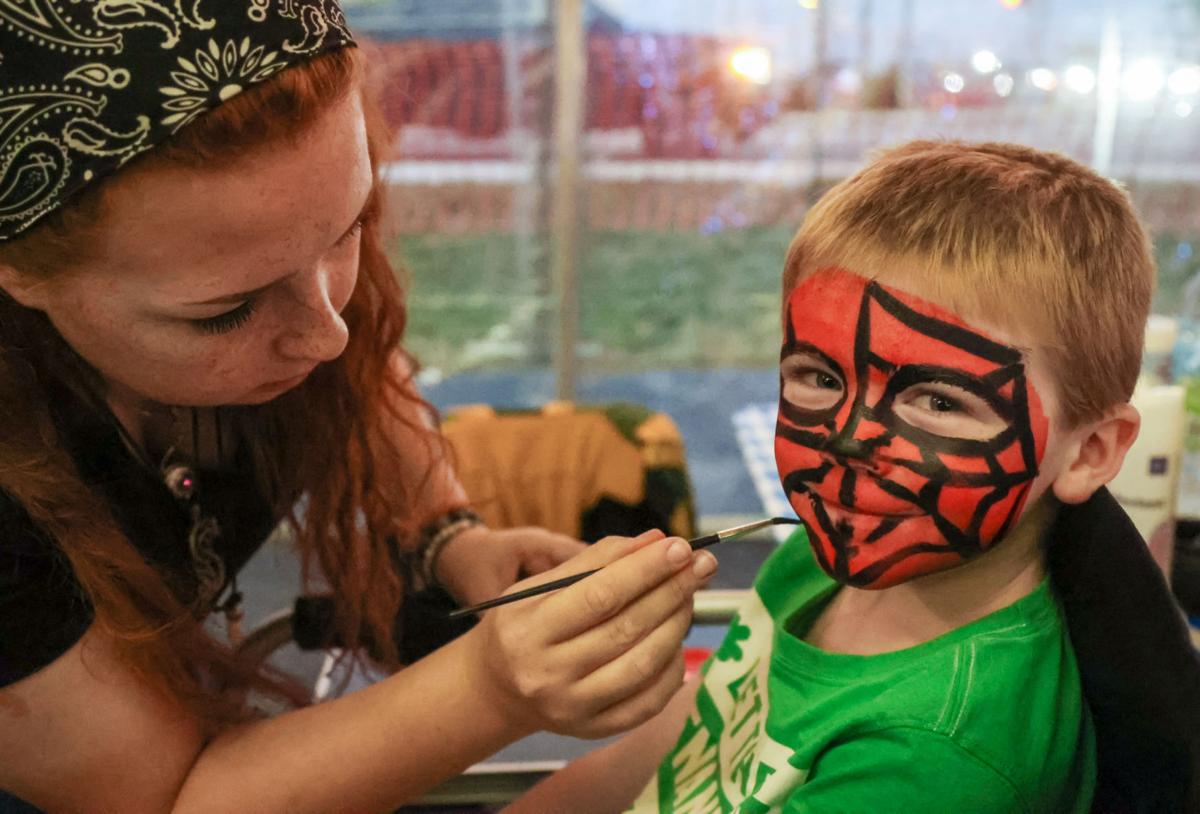 Five-year-old Owen Rossow of Schererville gets his Spiderman look from Hayley Cersosimo.

ST. JOHN — The St. John Oktoberfest pays tribute to German heritage in Northwest Indiana. One person of German extraction, well-known in the community for business and philanthropic efforts, was also in the spotlight

Frank Schilling, president of Schilling Home Improvement Center, was named a Sagamore of the Wabash on Saturday during the festival on the St. John the Evangelist Church grounds.

Sagamore of the Wabash is an honorary award from the governor of Indiana. Honorees have included astronauts, professional athletes, race car drivers, politicians, comedians, artists, and citizens who have contributed to Hoosier heritage.

“When you see a citizen in Indiana who is a great business leader, citizen, and member of the community,” Slager said, “it seems right to show a little love for him.”

Schilling and wife Shirley created The Shrine of Christ’s Passion, a reenactment of the Stations of the Cross that has drawn millions of visitors. Slager noted that Gov. Eric J. Holcomb is aware of the shrine and it’s on his “bucket list.”

Slager called Schilling “truly an outstanding member of the community.”

The Rev. Sammie Maletta, pastor at St. John the Evangelist, added that Schilling is a “force of nature, truly a good man. He truly deserves this award. I’m proud to call Frank and Shirley my friends.”

The Schillings have four sons and 11 grandchildren. Greg Schilling, one of the sons, said the award is “very humbling” for the family.”

“My father always says that when you do something for someone, don’t look for recognition,” the son noted.

An Algonquin word, a sagamore is a lesser chief to whom the tribe’s true chef turns for wisdom and advice.

Meanwhile, the St. John Oktoberfest continued in true German fashion, with plenty of food, music and beer. Some people came dressed for the occasion.

Terry Damsch donned the lederhosen and fiancé Amanda Klimczak came as a “beer wench.” The couple has gone to other Oktoberfests, including Milwaukee. They were hoping the St. John fest would feature hammerschlagen, a German nail driving competition using a tree stump.

“I enjoy the beer,” Damsch said of German festivals. His parents were born in Germany and he and his siblings represent the first generation born in the U.S.

Klimczak added, “Especially with COVID, it’s rare to have this opportunity to get together with friends.”

A friend, Cindy Altringer, of Schererville, also came as a German frau.

“I love German food and German beer and the music,” she said. “My ancestors are from Germany and I feel this is the easiest way of celebrating my heritage than going to Germany.”

Among the German foods gathering a crowd were large, warm pretzels made by Tabitha Poland of Highland. After rolled, pretzel dough is dipped in water with baking soda to give it that brown color. Baking takes 6-8 minutes, Poland said.

“I definitely am here to hang out with friends, and this gives me a reason to break out the lederhosen,” he said. “I love the Oktoberfest vibes, like the change of seasons.”

While adults were ordering their favorite foods and drink, families brought children to enjoy games and decorate miniature pumpkins. Joe Betkowski of St. John, came with his two children, Collette, 4, and Theo, 2.

The family worked on pumpkins and had pretzels and bratwursts, “just having some fun,” Betkowski.

After a year with no festival due to the pandemic, Betkowski noted, “This is great for the community, getting people out and seeing friends again. The church and school here do a lot.”

Some adults brought children onto the dance floor for music provided by several groups, including the Ed Wagner Brass Band. “Bro” Wagner, Ed’s father, started the group in 1945. Ed began playing with the group 52 years ago.

“I just love the music and I love to see the people enjoying themselves,” said Wagner, a trumpeter, joined by sons and fellow band members Eddy Jr. and Matt. Several group members are the second and third generations to perform with the band.

Vocalist Suzy Ramel, the wife of a band member, has been singing about 10 years. “I love the connection to my family history,” said Ramel, who is German and Polish. “This way I can share my heritage. It’s important to carry on this tradition to our children and keep this music alive.”

No German celebration is complete without beer, as served in the St. John bier garden. Among those pouring was Kyle Hartman of St. John. “The secret to pouring is topping the cap so you get the right amount of foam,” he explained.

German brews are darker though not heavier in taste, Hartman noted. “The roasted barley gives a dark color,” he said, “but it’s not as heavy as truly dark beers. That makes it easier to drink.”

Richard D. Jones Jr., 42, is accused of beating and shooting 34-year-old Charietta Pritchett while two children, ages 11 and 9, were in another bedroom Monday at a Hammond home.

The crash also injured two other children and two adults.

Here is the latest on school closures, delays for Monday

Here is a list of the latest schools canceled or delayed Monday because of inclement weather.

Frigid weather has caused closures and delays at several schools in Lake, Porter and LaPorte counties.

The Gary man, whose name had not yet been released by the Lake County coroner's office, was found in the driver's seat of a black 2006 Jeep SUV, police said.

The chase ended in a crash and arrest at the 253.8 mile marker on northbound I-65, ISP said.

Police obtained a search warrant to examine Johnson's phone and discovered he was using it immediately prior to the crash to view a website that displays pornographic videos, records state.

An Illinois State Trooper and a woman were found shot dead in a car in Chicago on Monday.

The man will be required to register as a sex offender for life, attorneys said.

Five-year-old Owen Rossow of Schererville gets his Spiderman look from Hayley Cersosimo.