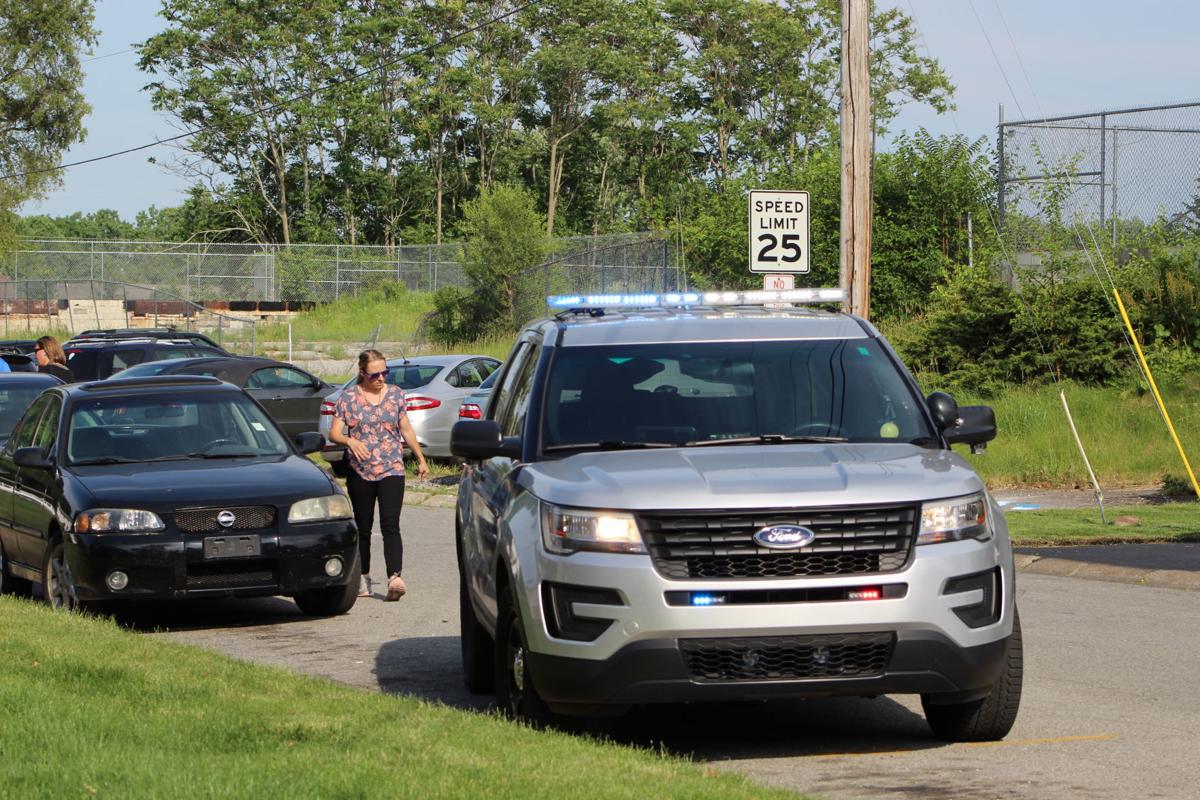 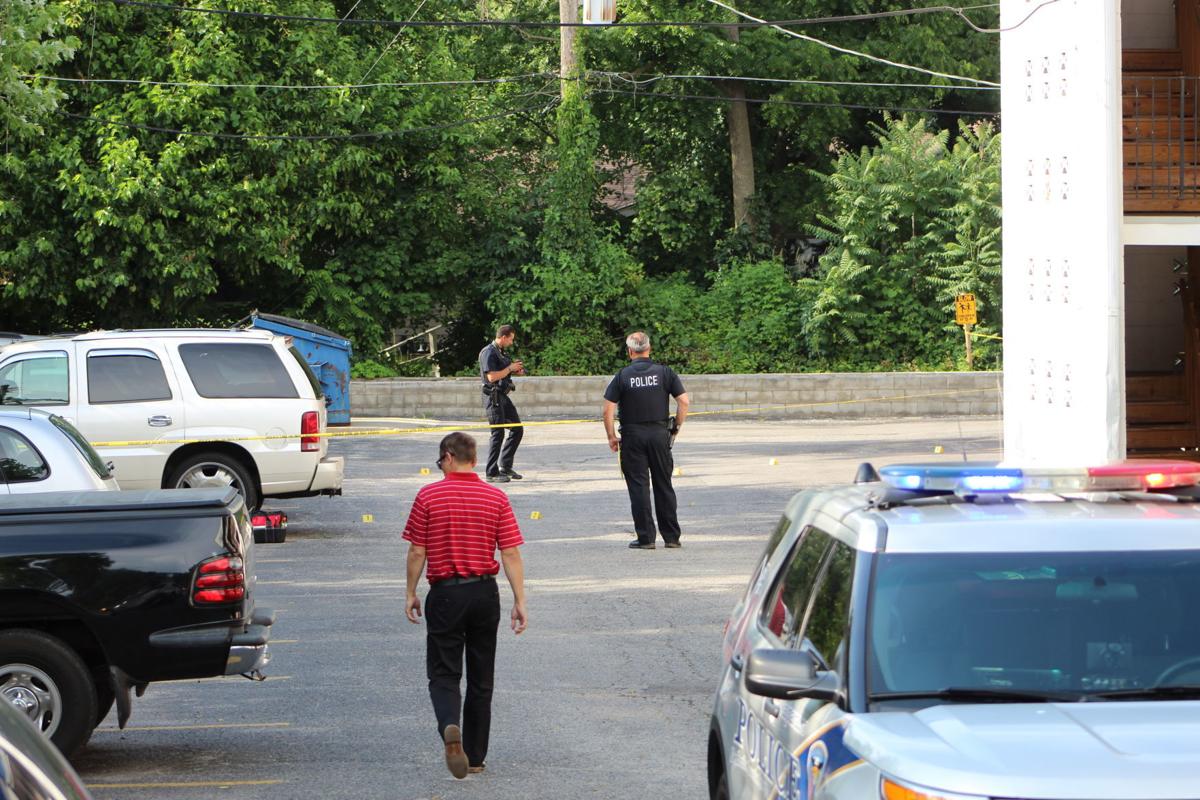 Police officers watch over an area sectioned off by yellow crime scene tape Tuesday at the Colonial Court Apartments in Valparaiso.

At about 4 p.m. Tuesday, witnesses told police they saw a man fire multiple shots at Colonial Courts Apartments in the 1200 block of Chicago Street in Valparaiso, according to Valparaiso police Sgt. E.J. Hall.

Several bullet casings were found in the area, Hall said.

Witnesses described the person who fired the gun as a black man with an average height and build with long, spiked, purple dreadlocks and wearing a camouflage shirt, Hall said. A second man was involved in the incident, according to witnesses, who described him as a Hispanic man wearing a black head covering, a white shirt and black shorts.

Police searched the area and neither man could be found.

Police said there is no known present danger to the area and it is believed no one was injured. Police were on on scene Tuesday night investigating the incident, Hall said.

Anyone with information is asked to call the Valparaiso Police Department at 219-462-2135 or text 847-411 and enter “Valpo” in the message field before sending the text tip.

PORTAGE — An 81-year-old woman was allegedly struck in the head following a dispute over an electric shopping scooter in Walmart, police said.

VALPARAISO — A domestic violence case, which originally included a rape charge, was again derailed Tuesday afternoon after the victim continue…

Police officers watch over an area sectioned off by yellow crime scene tape Tuesday at the Colonial Court Apartments in Valparaiso.