Biden briefing: Why his win hides a dire warning for Democrats. Get updated on politics today 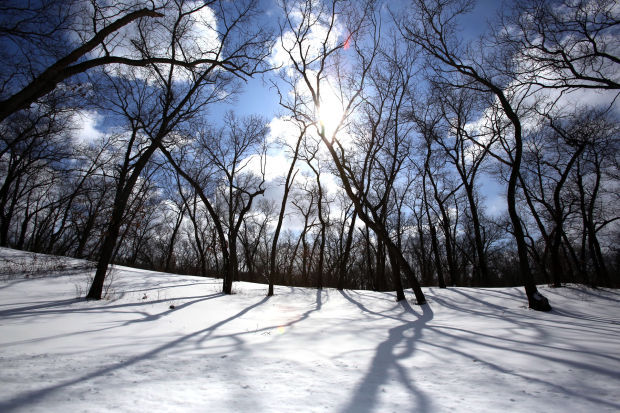 Perhaps more inviting in warmer weather, this snowy scene from last February shows why the dunes are a popular place for solitude. 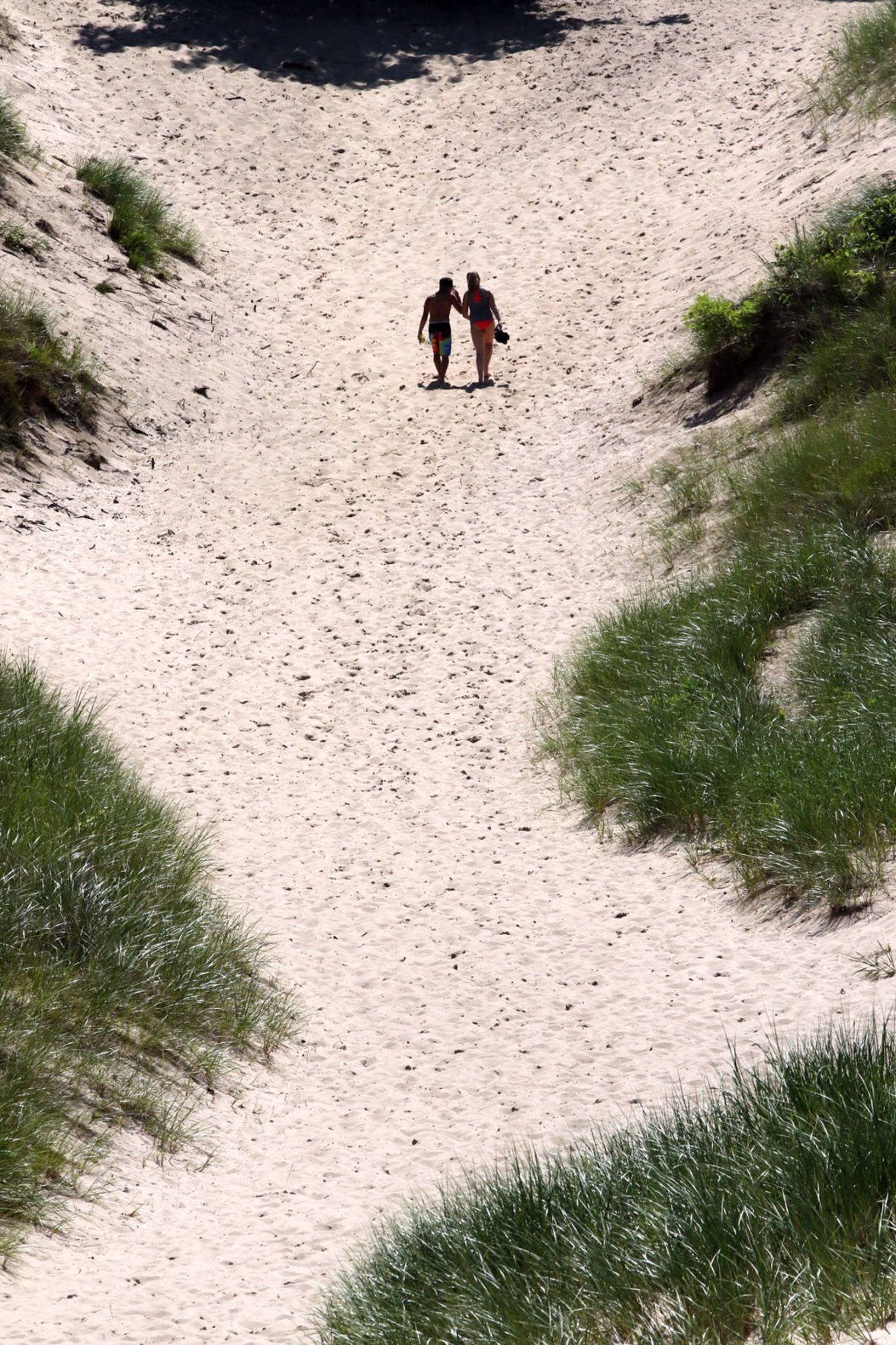 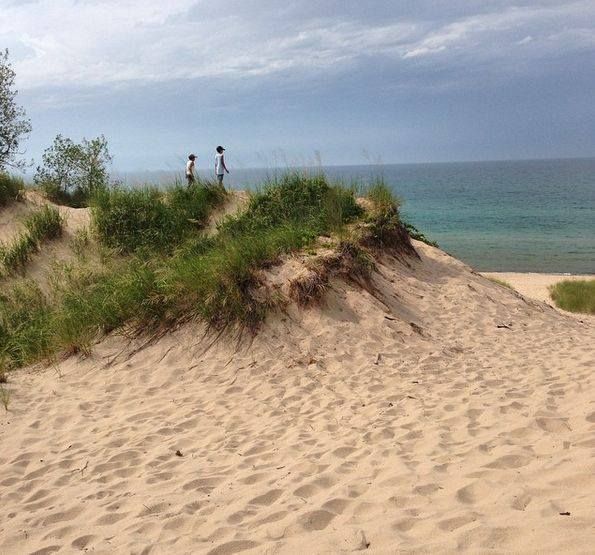 Indiana Dunes State Park in Chesterton is a 2,182 acre property which opened in 1925. It features swimming, sunbathing, hiking, fishing, birdwatching and cross-country skiing as well as a nature preserve. 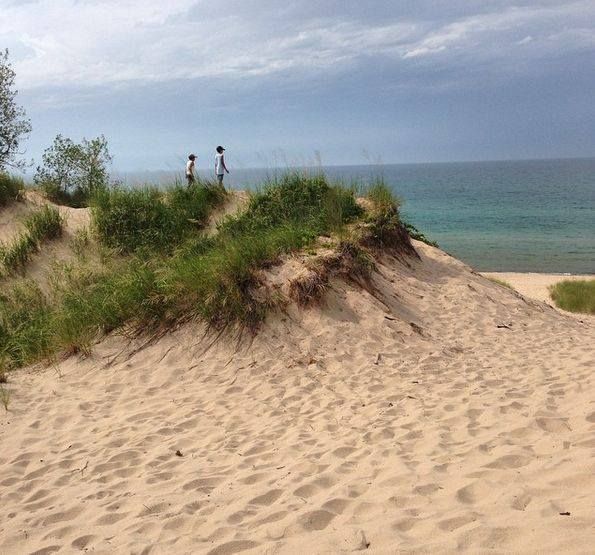 Indiana Dunes State Park in Chesterton is composed of 2,182 acres of unspoiled land, which opened 1925. It features swimming, sunbathing, hiking, fishing, birdwatching and cross-country skiing as well as a nature preserve.

The Indiana General Assembly's recent passage of a resolution recognizing the 100th anniversary of the Indiana State Parks system is the latest spotlight on the agency that has a year full events to celebrate its centennial.

The resolution, passed last month, recognizes the State Parks for, "contributions to the health, recreation and outdoor education of Indiana’s citizens and guests, and its commitment to the conservation of the State of Indiana’s unique natural and cultural resources held in trust in those state parks."

State parks were established in 1916 when McCormick's Creek (Owen County) and Turkey Run (Parke County) were presented as gifts to Indiana residents in celebration of 100 years of statehood, according to the Indiana Department of Natural Resources.

The DNR Division of State Parks has grown to 32 properties as well as seven state park inns. Between 15 and 16 million people visit the properties every year.

Celebrations are happening around the state as Indiana marks its bicentennial and the parks program marks its centennial.

Indiana State Parks is getting in on the fun with games and free passes.

Residents can check out state parks by checking out passes from public libraries in the state, according to the Indiana Department of Natural Resources. Indiana State Parks and Indiana State Library partnered to create the State Park Centennial Annual Pass Library Check-out program. The program started Jan. 1, and word is spreading, said Ginger Murphy, deputy director for stewardship for Indiana State Parks.

"We have had several librarians say that people are asking about the program and some have checked out the pass already," she said. "We distributed 240 passes to the library districts. Several districts have actually purchased additional passes so that each branch in the district will have one."

People who check out a pass are granted access to Indiana's 32 state parks and to Indiana's state forest recreation areas where entrance fees are charged.

"The library response to the program has been good so far," Murphy said.

The goal is to provide access to state parks for people who may have never visited and, while they're in the library for the pass, explore services and materials there, she said.

The Indiana State Library helped pay for the pass program.

"The partnership gives library patrons an opportunity to explore the many beautiful state park locations across Indiana simply by using their library card to check out the free passes," state librarian Jacob Speer said.

Checkout duration varies by state. More information is available at each branch.

Fourth-graders earn a free pass this year, valid through August as part of the Every Kid in a Park program, designed for entrance to national parks through the National Park Service. Indiana State Parks and State Forest Recreation Areas honor those passes, too.

Another celebration is set for a weekend. On June 4 and 5, the 32 state parks will roll back prices, with entry costing only a dime per person, the fee in 1916.

Each property will host a birthday party during the 100 Days for 100 Years summer season, according to DNR officials.

Participants in the Centennial Fitness Challenge can earn a souvenir and a chance at a 2017 annual pass, camping gift cards and more.

Another way to celebrate is to play SPR Go! Game, which is similar to bingo. Players find game codes at locations on state park properties and record them on their game card. When they get five in a row, column or diagonal, they're qualified to win prizes, such as annual entrance passes, gift cards and magazine subscriptions.

There's also a more challenging cover-all version. It requires participants to visit at least 25 of the 40 sites on the card. People who cover the card will receive a free Indiana State Parks centennial coin and will qualify for prizes. The game card and rules can be downloaded at stateparks.IN.gov/gamecard.

HOBART — Rich Wontorski doesn’t have much patience for city slickers who don’t listen.

INDIANAPOLIS — The U.S. Postal Service stamp commemorating Indiana's bicentennial of statehood will be released in June.

20 Things You DIDN'T know about Lake County (or maybe forgot)

It might sound like highlights from the classic syndicated newspaper feature-turned-TV show of the 1980s "Ripley's Believe It or Not!"

20 Things You DIDN'T know about Porter County (or maybe forgot)

Slideshow: Famous Hoosiers from the Region

The Region has produced more than its fair share of famous Hoosiers. Here's just a few of them.

VIDEO: Shedd Aquarium at the Dunes

VIDEO: Shedd Aquarium at the Dunes

Perhaps more inviting in warmer weather, this snowy scene from last February shows why the dunes are a popular place for solitude.

Indiana Dunes State Park in Chesterton is a 2,182 acre property which opened in 1925. It features swimming, sunbathing, hiking, fishing, birdwatching and cross-country skiing as well as a nature preserve.

Indiana Dunes State Park in Chesterton is composed of 2,182 acres of unspoiled land, which opened 1925. It features swimming, sunbathing, hiking, fishing, birdwatching and cross-country skiing as well as a nature preserve.