DES MOINES, Iowa — A Des Moines, Iowa, man pictured prominently with a QAnon shirt ahead of a crowd of insurgents inside the U.S. Capitol during the Jan. 6 attack asked a judge on Monday to release him from jail, saying "he feels deceived, recognizing that he bought into a pack of lies."

Douglas Jensen, in a document filed by his attorney, said he believed he was a "true patriot" for going to Washington at the urging of President Donald Trump. He said his intention was to only observe.

Jensen claims he is "a victim of numerous conspiracy theories that were being fed to him over the internet by a number of very clever people, who were uniquely equipped with slight, if any, moral or social consciousness."

Jensen's attorney Christopher Davis said in the document that Jensen was not part of any mob and simply went to Washington to watch. Davis acknowledged Jensen was in front of a crowd but argued he did that "for the now disclosed silly reason" to show his QAnon shirt to get it recognized.

Davis said Jensen neither threatened physical harm to anyone nor destroyed property. Jensen had his work pocketknife on him for protection when he went to the Trump rally preceding the march to the Capitol, Davis said in the court filing.

Video and photographs of Jensen have been widely distributed, showing him wearing a QAnon shirt as he pursued Capitol Police officer Eugene Goodman as a mob follows them up the stairs inside the Capitol.

Davis said Jensen has been in custody since he turned himself in on Jan. 9, "languishing in a DC Jail cell, locked down most of the time, he feels deceived, recognizing that he bought into a pack of lies."

Jensen is scheduled to appear at an arraignment Tuesday before a federal judge in Washington.

Obstructing an official proceeding carries a maximum sentence of 20 years in prison.

Jensen, 41, was arrested and jailed in Des Moines two days after he returned home from Washington and saw images of himself in television coverage. He was ordered by a judge to be transferred from Iowa to Washington to be held on the charges.

Court records suggest Jensen may be working toward a plea agreement with federal prosecutors.

The court document describes Jensen as the product of a dysfunctional childhood and said he doesn't fully understand the reasons he was pulled into the QAnon conspiracy. It speculates he could have been influenced by a mid-life crisis, the pandemic, "or perhaps the message just seemed to elevate him from his ordinary life to an exalted status with an honorable goal."

His love and concern for his family was a "wakeup call that ended his victimization," Davis said in the court filing.

He asked for Jensen to be released to get his affairs in order. He said Jensen's wife is willing to drive him home to Des Moines, where he would remain under house arrest.

Autopsies in Tennessee show that a 1-year-old child starved to death in his car seat in a house where his mother died of a drug overdose. His 3-year-old sister, found alive, tried for days to feed her brother.

Ready to break free of the pandemic and travel again this summer? Watch video and read about 10 Midwest adventures from the Indiana Dunes to Iowa's Field of Dreams.

Police are investigating the shooting as a domestic assault.

A federal jury on Thursday awarded $80,000 in damages to Steak 'n Shake over a former employee's social media post claiming she found worms in a hamburger.

A company hired to help extinguish a fire that gutted a northern Illinois chemical plant this week used foam containing toxic compounds that have tainted surface waters and groundwater across the U.S., officials said.

Six Flags Great America has agreed to a $36 million settlement to end a class-action lawsuit over the amusement park’s use of finger-scan entry gates.

Crews from the 40 or so fire departments that responded to the blaze were fanning out to respond to spot fires, grass fires, and burning debris that the wind pushed into the community.

Illinois to offer prizes up to $7 million in cash, $3 million in scholarships in lottery for vaccinated residents

Illinois will offer $7 million in cash prizes and $3 million in scholarships through a new lottery open to all residents who have received at least one dose of a COVID-19 vaccine, Gov. J.B. Pritzker announced Thursday.

"People were coming up to us and telling me how wonderful and great this makes them feel. This is a time when we really need something like this." 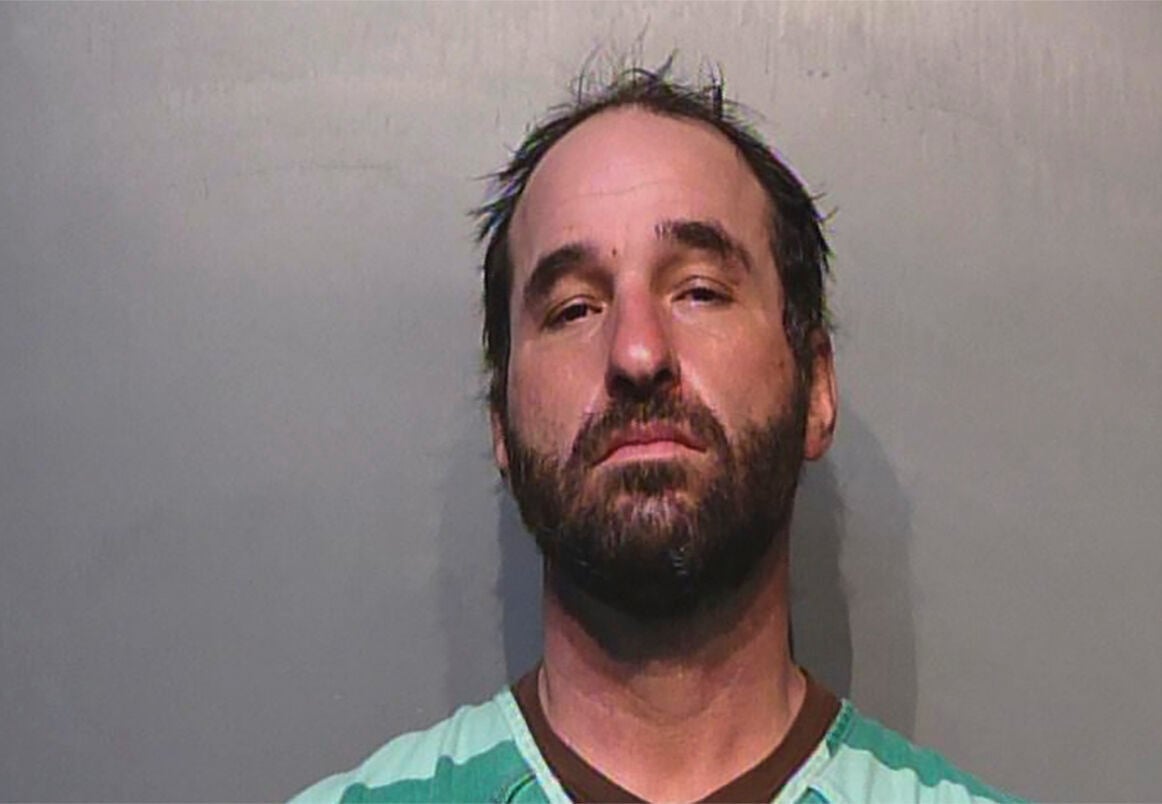 This photo provided by Polk County, Iowa Jail shows Douglas Jensen. Jensen, pictured prominently with a QAnon shirt ahead of a crowd of insurgents inside the U.S. Capitol during the Jan. 6, 2021 attack, is asking a judge to release him from jail. 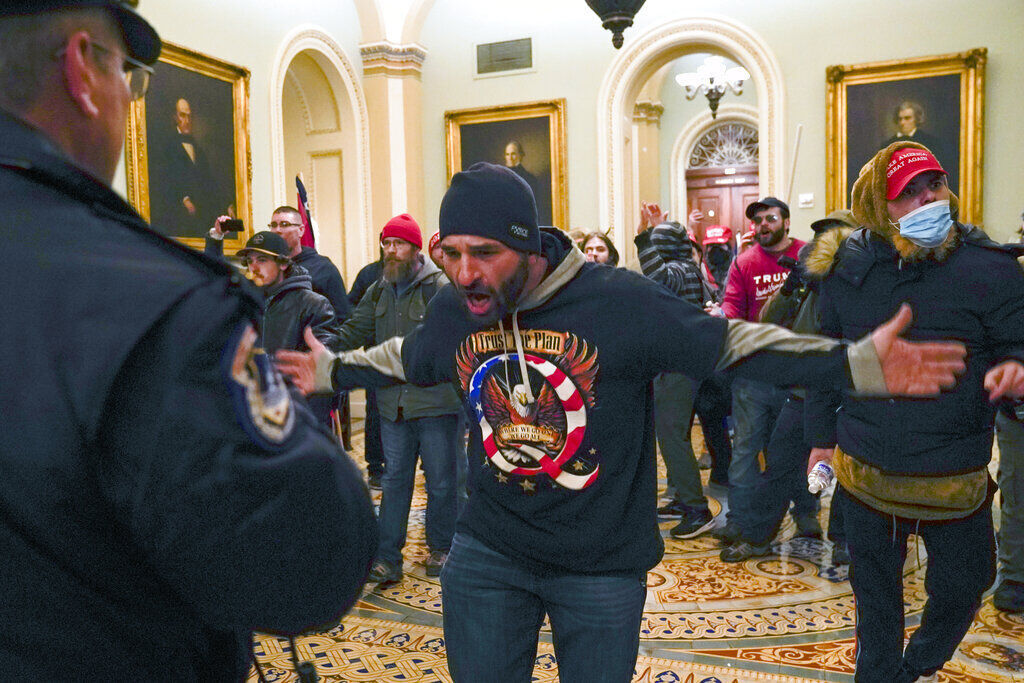 In this Jan. 6, 2021, file photo, Trump supporters gesture to U.S. Capitol Police in the hallway outside of the Senate chamber at the Capitol in Washington. Doug Jensen, an Iowa man at center, was jailed early Jan. 9, 2021 on federal charges, including trespassing and disorderly conduct counts, for his alleged role in the Capitol riot.