With a sprawling political corruption investigation drawing ever closer to former Illinois House Speaker Michael Madigan, the Chicago Tribune has learned that a Chicago alderman cooperating with the government secretly made audio and video recordings of the once-powerful politician on a variety of topics.

Among their discussions was a plan to turn a state-owned parcel of land in Chinatown into a commercial development. Though the land deal never was consummated, it’s been a source of continued interest for federal investigators, who last year subpoenaed Madigan’s office for records and communications he’d had with key players. At least one of them recently appeared before the grand jury investigating Madigan’s political operation, sources told the Tribune.

In the ensuing months, Solis recorded Madigan talking with another developer about potential real estate deals, the sources said. He also wired up on a number of colleagues at the 2016 Democratic National Convention, which his sister, Patti Solis Doyle, had helped organize and where Madigan led the Illinois delegation, according to court records and sources.

The Solis recordings of Madigan, which have not been reported before, add to the public’s understanding of the long-running federal probe. When Solis was first approached by federal investigators five years ago, for example, it wasn’t Ald. Edward Burke who was in their sights, but Madigan.

In addition, Solis wearing a wire on Madigan, a famously cautious and shrewd political boss, could help explain why federal prosecutors apparently have cut Solis an unprecedented deal in exchange for his stunning turn as an FBI mole.

The full scope of the taping effort by Solis on behalf of federal investigators remains unclear, including whether any recordings Solis made of Madigan will ever be made public in court. Madigan has not been charged and has denied wrongdoing. Investigators do not need prior evidence of a crime to have an informant record conversations with others.

Burke, the longest-serving alderman on the City Council, is awaiting trial on racketeering charges alleging he used his powerful position as Finance Committee chairman to drum up business for his private law firm, which also specializes in tax appeals.

Madigan, 79, was the longest-serving House speaker in U.S. history and chairman of the state Democratic Party before leaving those posts earlier this year.

He has previously acknowledged that he’d had conversations with Solis during the time the alderman was apparently cooperating with federal investigators, including meetings with “individuals in need of legal representation” in real estate tax appeals, the specialty of Madigan’s private legal practice.

“If indeed, some of his conversations were being recorded, the speaker did not know that, but he has no concern if they were,” a spokeswoman for Madigan said in a statement in 2019. “The speaker has no recollection of ever suggesting that he would take official action for a private law firm client or potential client.”

Madigan has been implicated by prosecutors in an alleged bribery scheme by Commonwealth Edison that so far has netted charges against two members of his inner circle and several former ComEd executives and lobbyists.

Late last month, former Madigan chief of staff Tim Mapes was charged with lying to a federal grand jury during a March appearance where he was questioned about Madigan’s relationship with his longtime confidant Michael McClain, who has been charged with orchestrating the bribery scheme.

The potential conflict between Madigan’s dual careers a public official and private lawyer has come under scrutiny numerous times over the years.

The Tribune’s 2010 “The Madigan Rules” series showed that in some cases, Madigan took public actions that benefited his private clients, and he and the firm have faced criticism for representing clients that also have business before the state.

In January 2014, the Tribune documented Madigan’s army of more than 400 current or retired state and local government employees who worked elections for the speaker, donated regularly to his campaign funds, registered voters for him or circulated candidate petitions on his behalf.

The investigation into the Chinatown land deal, meanwhile, goes back nearly seven years to an August 2014 meeting at Madigan & Getzendanner, the then-speaker’s Loop law office, between Solis, Madigan and two developers interested in a hotel project and other commercial development in the bustling South Side neighborhood.

The meeting was secretly recorded by See Y. Wong, who at the time was cooperating with the FBI in hopes for leniency in his own real estate fraud case, the Tribune has previously reported. The developer Wong brought to the meeting, identified as Businessman 1, needed Solis’ help with a zoning change for his hotel and expressed a willingness to hire Madigan’s firm to help grease the wheels on the deal, according to an FBI affidavit unsealed in 2019.

During the conversation, Wong also floated the idea of developing a parking lot and other parcels at Wentworth Avenue and Cermak Road, which was owned by the Illinois Department of Transportation.

“(Businessman 1), he just want to use this opportunity to meet, uh, Mr. Madigan and alderman, and he is very interested in the Chinatown parking lots project,” Wong said.

When Wong showed the alderman and speaker a map of the site, Madigan seemed interested, asking for the location of certain landmarks and discussing with Solis who owned which parcels. Wong also said Businessman 1 had a lot of resources in China to back the project.

“Uh-hmm, uh-hmm,” Madigan responded. He later told Wong his office was “not interested in a quick killing” but in a “long-term relationship” with Businessman 1.

The meeting concluded with Wong taking photos of Businessman 1 with Solis and Madigan. As Solis walked the developers to the elevator, he assured Wong the hotel project would get the necessary zoning approval if they hired Madigan’s firm.

“Well if he works with the speaker, he will get anything he needs for that hotel,” Solis said.

The Chinatown parking lot deal would surface again with the backing of Solis and a different developer in mid-2017, when Solis had already been cooperating in the probe for more than a year.

But to move forward, the property still had to be transferred from Illinois Department of Transportation control. An effort to make that happen came in the waning moments of a hectic spring 2018 legislative session in the House, where Madigan controlled virtually every move.

An amendment titled the “Wentworth Avenue Property” suddenly emerged for a routine land transfer bill. The amendment described the property as approximately 2.73 acres on the “northeast corner of Cermak Road and Wentowrth Avenue,” with the misspelling a potential sign of the haste that goes into putting together legislation in the frenzied final hours of a legislative session.

The amendment also stated that the real estate is “no longer needed by the State of Illinois,” allowing IDOT, subject to the approval of the head of the agency, to convey the land by quitclaim deed at a yet-to-be-negotiated price.

Democratic Rep. Theresa Mah, who represents Chinatown, told the Tribune that lobbyist Nancy Kimme had brought the parking lot amendment to her to sponsor, but the lawmaker had declined, saying the community was against it

Kimme, who for years was chief of staff for Republican Comptroller Judy Baar Topinka, has dozens of clients, along with deep political relationships on both sides of the aisle. But Mah said Kimme did not say whom she represented when she was pushing the proposal.

Mah told the Tribune in an interview she did not support the amendment because businesses were concerned it would cut down on parking for customers and the proposed change would interfere with the share of parking lot profits that go to community groups.

“She just proposed something I knew I wasn’t supportive of. So I told her so,” Mah said.

The amendment was later shopped to Rep. Avery Bourne, R- Morrisonville, who was carrying the routine land transfer legislation involving the Department of Natural Resources and IDOT.

Bourne told the Tribune another lobbyist, Ryan McCreery, asked her “at the last minute” to amend her bill but “wouldn’t tell me who their clients were for the parking lot — what I found out to be a parking lot in Chicago.” She said she did not know at the time that McCreery worked with Kimme.

“The stuff in the bill already had a price set, had already gone through the process,” Bourne said. “The amendment had not.”

Bourne said she agreed to file the amendment with the intention of not calling it for a vote until she knew who was for or against it. She said she subsequently learned that IDOT was opposed, and the overall bill was not called for a vote before the spring session adjourned.

“After the legislative session, after I filed it, I moved to table the amendment, which means it would not be attached to the bill,” Bourne said.

The overall bill later passed without the amendment in the fall session.

“A big part” of her reason for tabling the amendment was IDOT’s opposition, but another factor was “just my discomfort with the process,” she said.

“It was a combination of a few things,” Bourne said. “One, it was brought at such a late hour that the language was drafted different than the rest of the bill, that it would be going through a different process than what all of these different folks have had to go through, and then, obviously, IDOT’s concerns.

Kimme gave a statement detailing her role in the process under oath to the federal grand jury earlier this year, a source said.

Terry Ekl, Kimme’s attorney, would not confirm that Kimme testified before a grand jury. Ekl only would say that Kimme is “not a target of any criminal investigation.”

Attorney Mark Mifflin, who represents McCreery, declined to comment on the legislation and whether McCreery had been interviewed by the feds.

The same subpoena demanded information about Solis’ interactions with Madigan, including any legal client referrals.

The subpoena was delivered on the day the U.S. attorney’s office unveiled a bribery charge against ComEd, which admitted to making payments to people connected to Madigan’s operation in order to make the speaker happy in hopes he would help with legislation in Springfield. ComEd agreed to pay a $200 million fine and cooperate with prosecutors in exchange for the charge being dropped in three years.

In November, a grand jury returned a 50-page indictment charging McClain, former ComEd CEO Anne Pramaggiore, former ComEd lobbyist John Hooker, and Jay Doherty, a consultant and former head of the City Club of Chicago, with participating in the alleged bribery scheme. All four have pleaded not guilty. Another ComEd executive, Fidel Marquez, has pleaded guilty.

Madigan has been identified by prosecutors as Public Official A during the case. Last month, lawyers for the four defendants said in court they expect more charges are coming soon.

Legislation headed to Illinois Gov. J.B. Pritzker would strengthen law enforcement’s ability to retrieve guns from those with suspended or revoked FOID cards and allow for voluntary fingerprinting to expedite renewals.

Study finds enhanced unemployment benefits not cause of worker shortages

Few out-of-work Americans would turn down a job offer just to continue receiving an extra $300 a week in supplemental federal unemployment assistance, according to new research. 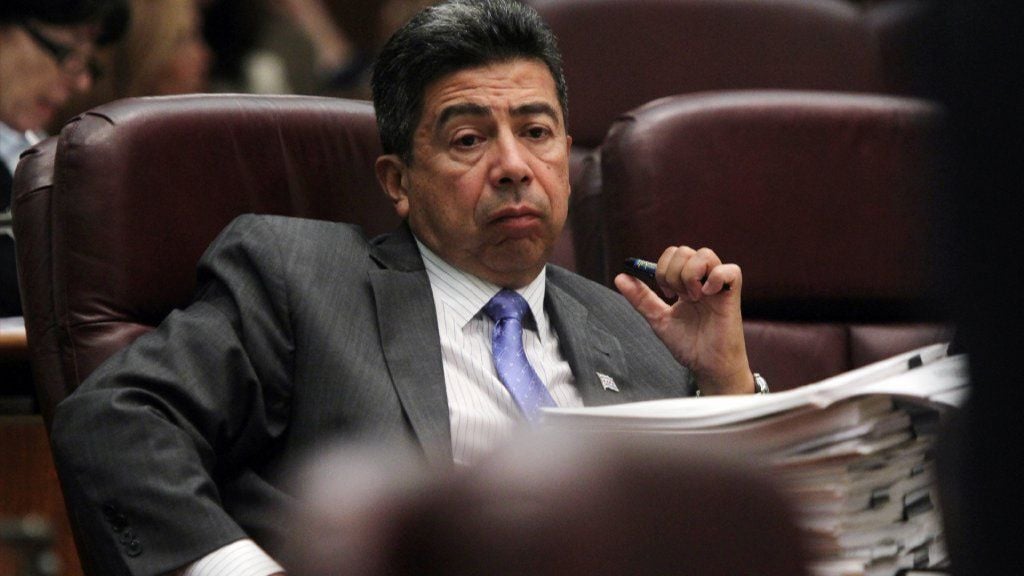 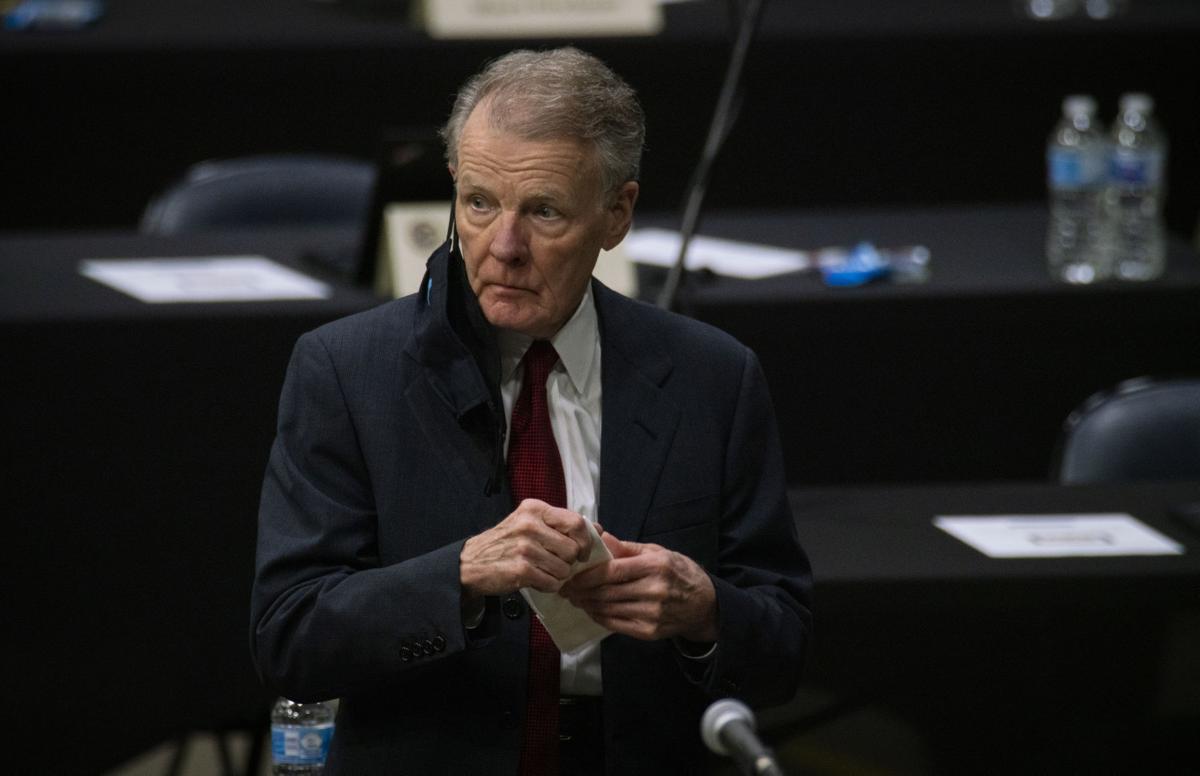