SPRINGFIELD — Illinois House Democrats threw their support Wednesday behind a Black lawmaker to take over as speaker, backing Rep. Emanuel “Chris” Welch to lead the chamber as Michael Madigan stepped aside from a job he'd held for most of the past four decades.

Madigan issued a statement conceding that the House needed new leadership after a morning Democratic caucus cast a majority of its votes for Welch, of the Chicago suburb of Hillside. Assuming he prevails in a floor vote as expected with his party controlling the House, he would be the first Black speaker in Illinois history.

House members had taken up nominations for speaker early Wednesday afternoon, with Welch getting the nomination along with the ceremonial nomination of the current minority leader, Republican Jim Durkin of Western Springs.

Welch emerged as the front-runner Monday after Madigan, who has been a lock in that caucus for 18 terms, wielded the gavel for 36 of the past 38 years. Madigan, the longest-serving legislative leader in modern U.S. history, failed in a Sunday test vote to get the 60 votes required to reclaim the gavel, largely because of a federal bribery investigation that’s implicated him.

“It is time for new leadership in the House," Madigan said in a statement. “I wish all the best for Speaker-elect Welch as he begins a historic speakership. It is my sincere hope today that the caucus I leave to him and to all who will serve alongside him is stronger than when I began.”

Last summer, Madigan was identified in a Justice Department investigation as the beneficiary of a yearslong bribery venture involving ComEd. It has thus far yielded a $200 million fine on the utility giant, a ComEd executive’s guilty plea and indictments of four others, including Madigan’s closest confidante. Madigan has not been charged with a crime and has denied wrongdoing.

Welch, a lawmaker since 2013, has been part of Madigan's inner circle, serving as chairman of the powerful Executive Committee and chosen last fall to be chairman of an investigative committee demanded by Republicans to review Madigan's involvement in the ComEd scandal. Welch abruptly brought the probe to a close, claiming that the Republicans had created a political show.

Madigan’s leadership has been questioned in recent years, even before the ComEd allegations surfaced. The scrutiny included his handling of sexual harassment allegations and a scathing report in which he commissioned that detailed the environment of bullying and intimidation in the speaker’s office under his chief of staff of 25 years.

The 78-year-old Madigan has long been perceived as the most powerful politician in Illinois. Former Republican Gov. Bruce Rauner, who tried to bring Madigan down, famously claimed that it was Madigan, not he, who was in charge.

Madigan took over just as a constitutional amendment reduced the size of the House, creating single-member representative districts and consolidating power at the top. Madigan took advantage of that, setting the agenda, deciding what legislation would be debated, and, after 1998, deciding whom the party would support for office after he took over as chairman of the Democratic Party.

A 56-year-old woman is being held in a Wisconsin jail on a $25,000 cash bail for allegedly holding a man against his will and physically assaulting him over a 2½-month period.

"Some bills don't make as big of an impression. But this one, it possibly could change the way we do medicine in Indiana," said state Sen. Shelli Yoder, D-Bloomington.

Standing outside her church for a Martin Luther King Jr. Day rally, social worker Anjanette Young called for change as she recalled the night when Chicago police officers mistakenly raided her home.

Illinois National Guard troops and police officers remained stationed outside the Capitol Complex, the Governor’s Mansion and other nearby state buildings on Monday.

EAST ST. LOUIS, Ill. (AP) — Some residents are concerned that toxic chemicals may be polluting their air. Black people make up half the confir…

“Following the violent siege at our nation’s Capitol and reports from federal law enforcement on threats to state capitols, I am bringing all resources to bear to protect our residents and our democratic process,” Gov. J.B. Pritzker said.

Can Illinois pick up the pace of vaccinations as it moves to the next phase?

For some Illinois residents, optimism about COVID vaccines has turned into confusion and frustration over the slower-than-expected pace of inoculations, even as the state prepares to move to the next phase. 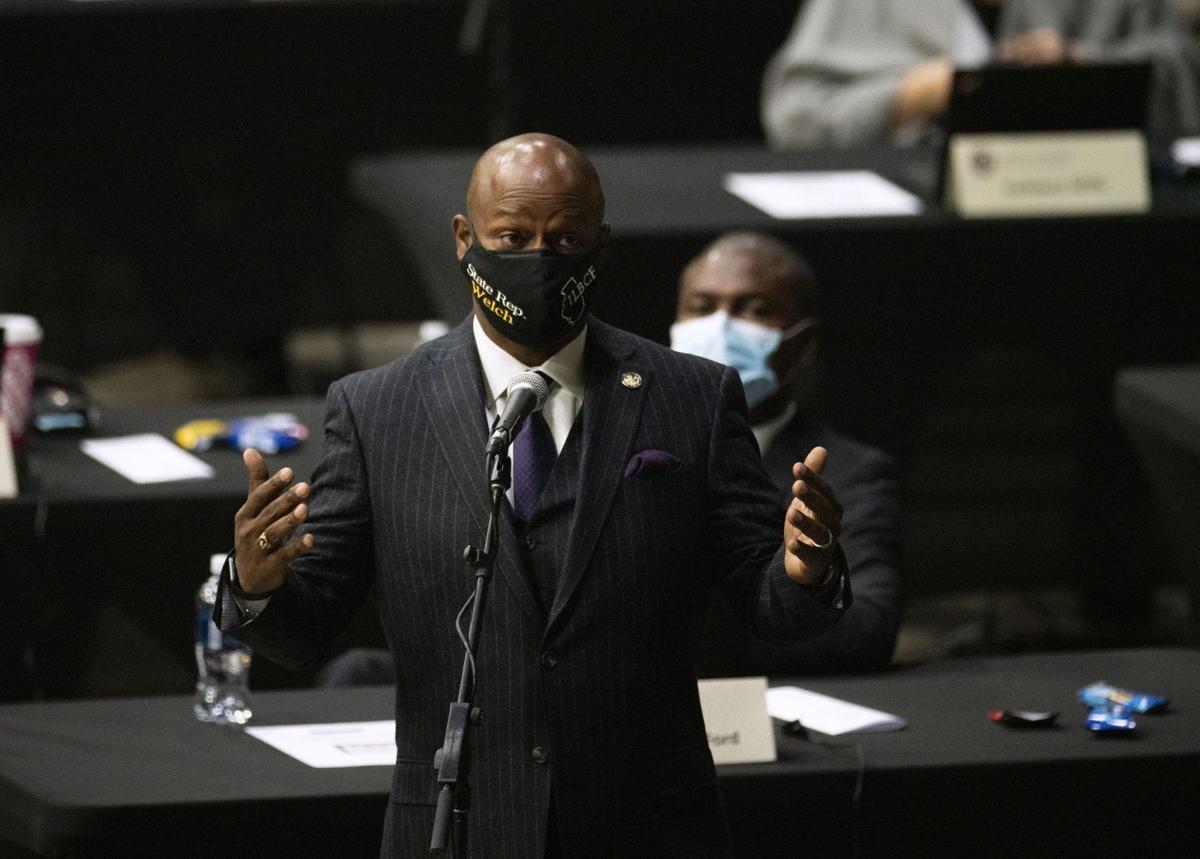 Rep. Emanuel "Chris" Welch, D-Hillside, on the floor as the Illinois House of Representatives convenes at the Bank of Springfield Center on Jan. 8, 2021. 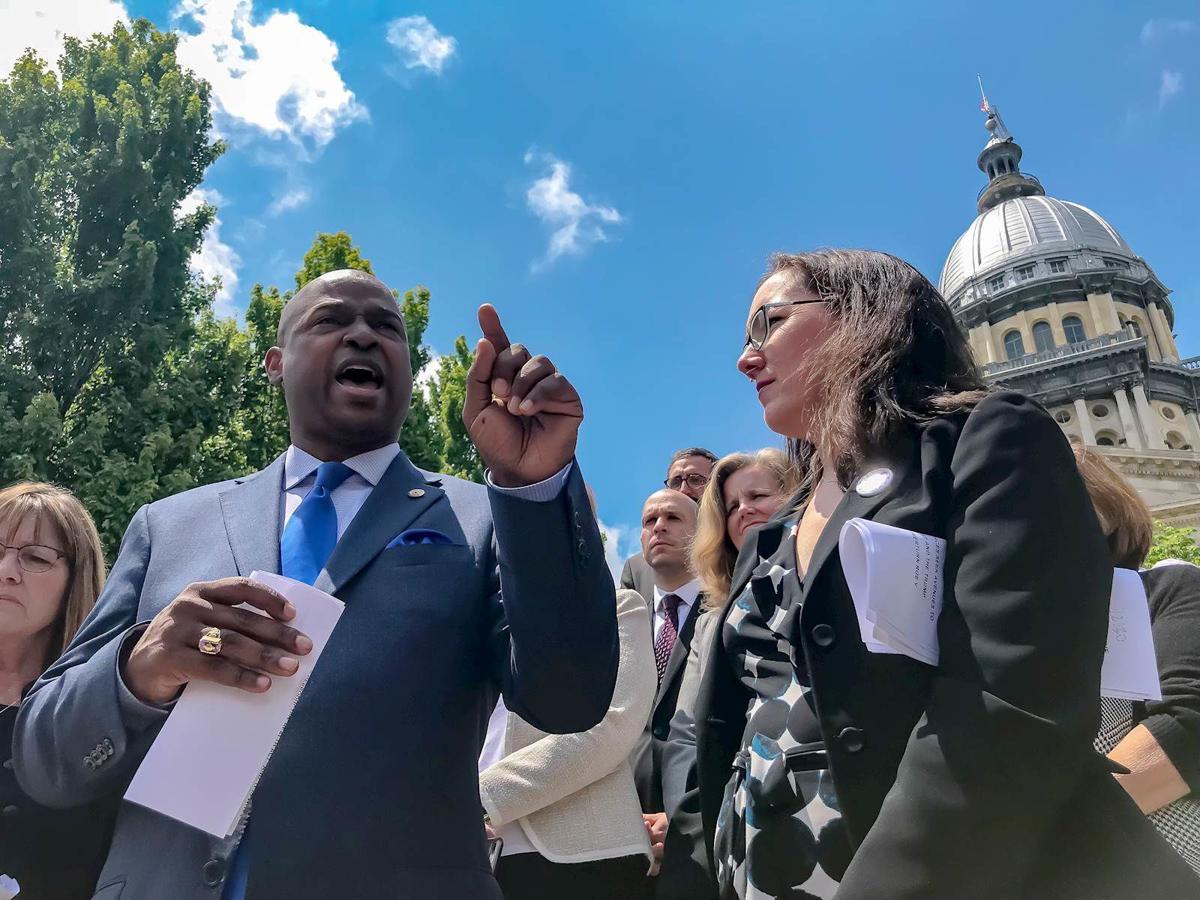 Rep. Emanuel "Chris" Welch, D-Hillside, says he is a longtime supporter of women's issues because they are "fundamental." He co-sponsored the Reproductive Health Act, which he spoke in favor of at a rally on May 27, 2019, in Springfield. 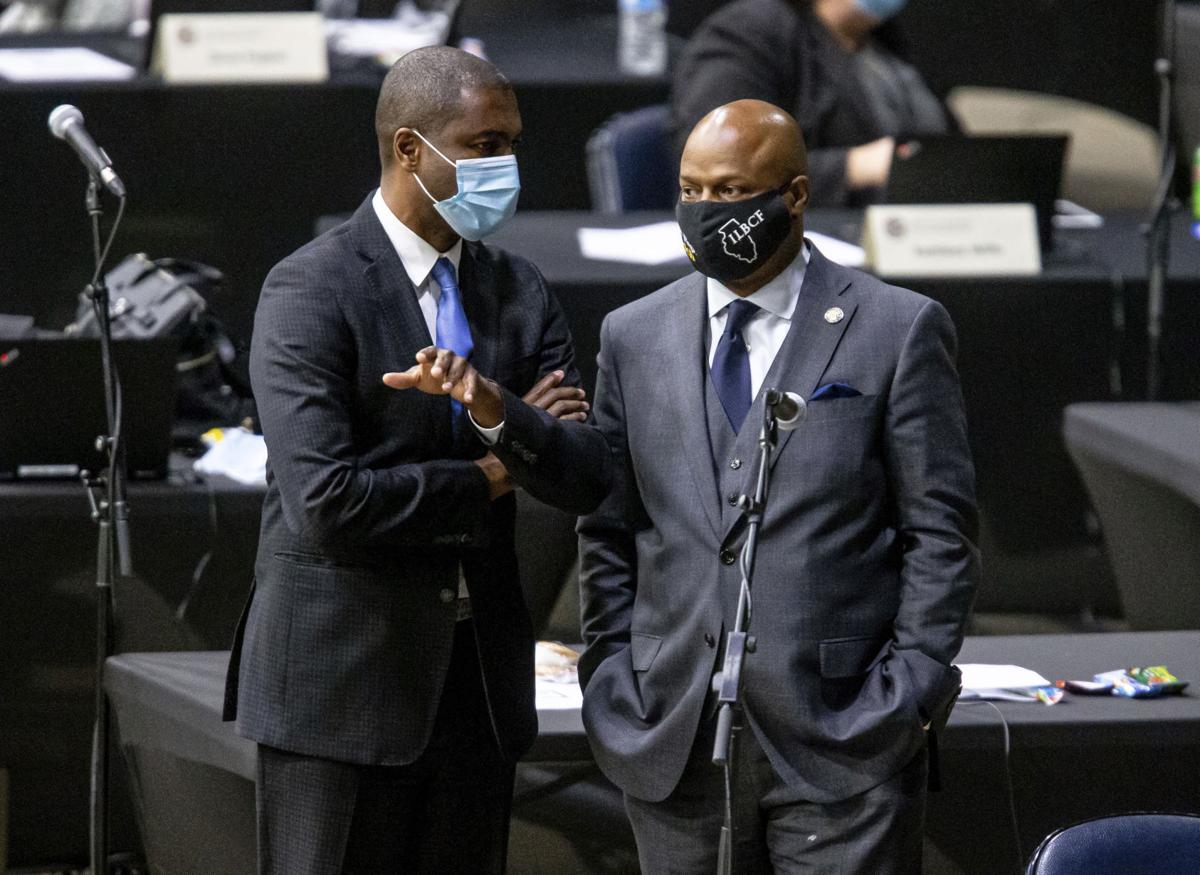