Prosecutors have filed charges against a 21-year-old man who they allege was involved in the fatal shooting of 7-year-old Jaslyn Adams when she was in a McDonald’s drive-thru with her father on April 18, Chicago police and court records say.

Adams, a Chicago Public Schools student in first grade, was shot six times while she waited at the McDonald’s in the 3200 block of West Roosevelt Road in the Homan Square neighborhood on the West Side, police said. Her father, 29, was seriously injured with a gunshot wound to the lower back.

Goudy was arrested Monday around 7:15 p.m. in the 1500 block of South Springfield Avenue in the Lawndale neighborhood, police said in a news release. A SWAT team was called to assist, but Goudy came out of the residence on his own, police said.

Prosecutors alleged that Lewis was the getaway driver for two gunmen. He is also accused of fleeing from police officers on the Eisenhower Expressway before he was shot by police after allegedly trying to carjack a motorist stopped in traffic.

Goudy is scheduled to appear in Central Bond Court on Wednesday. 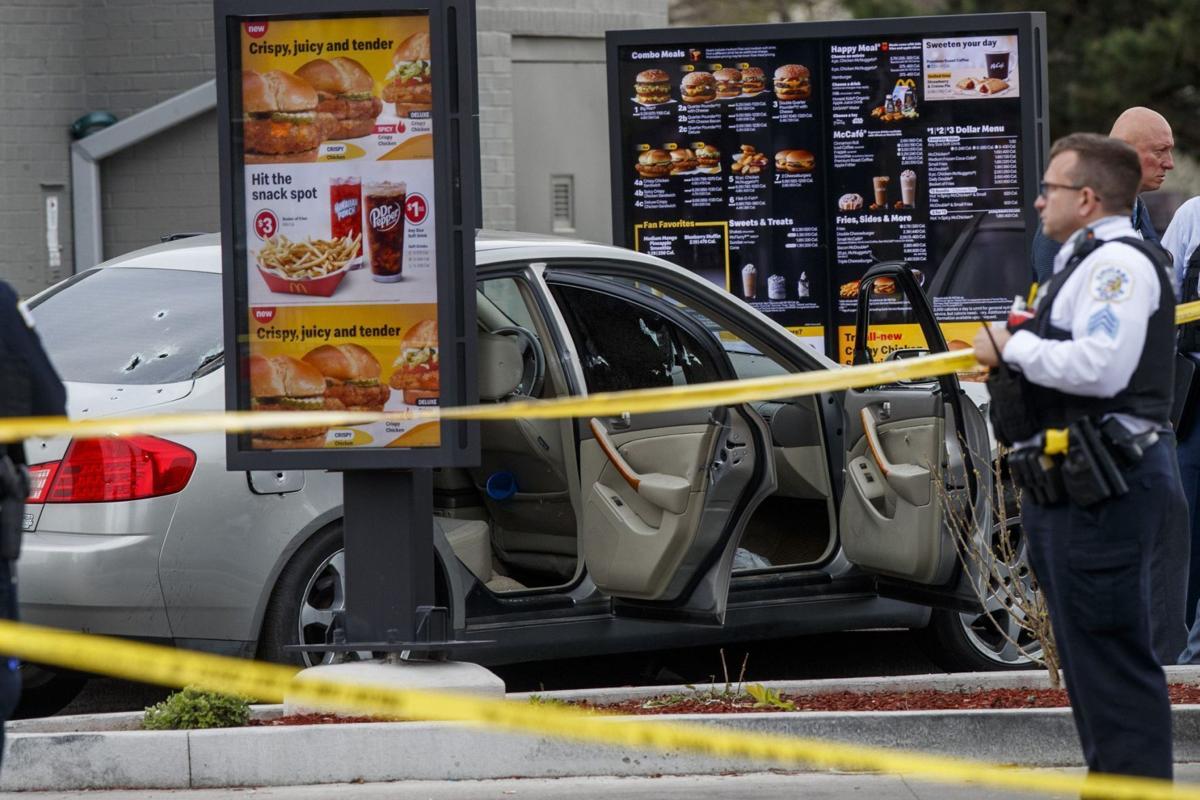 Officers walk near a vehicle at the scene where 7-year-old Jaslyn Adams was fatally shot while in a drive-thru lane at a McDonald's restaurant in the Homan Square neighborhood on April 18, 2021, in Chicago. 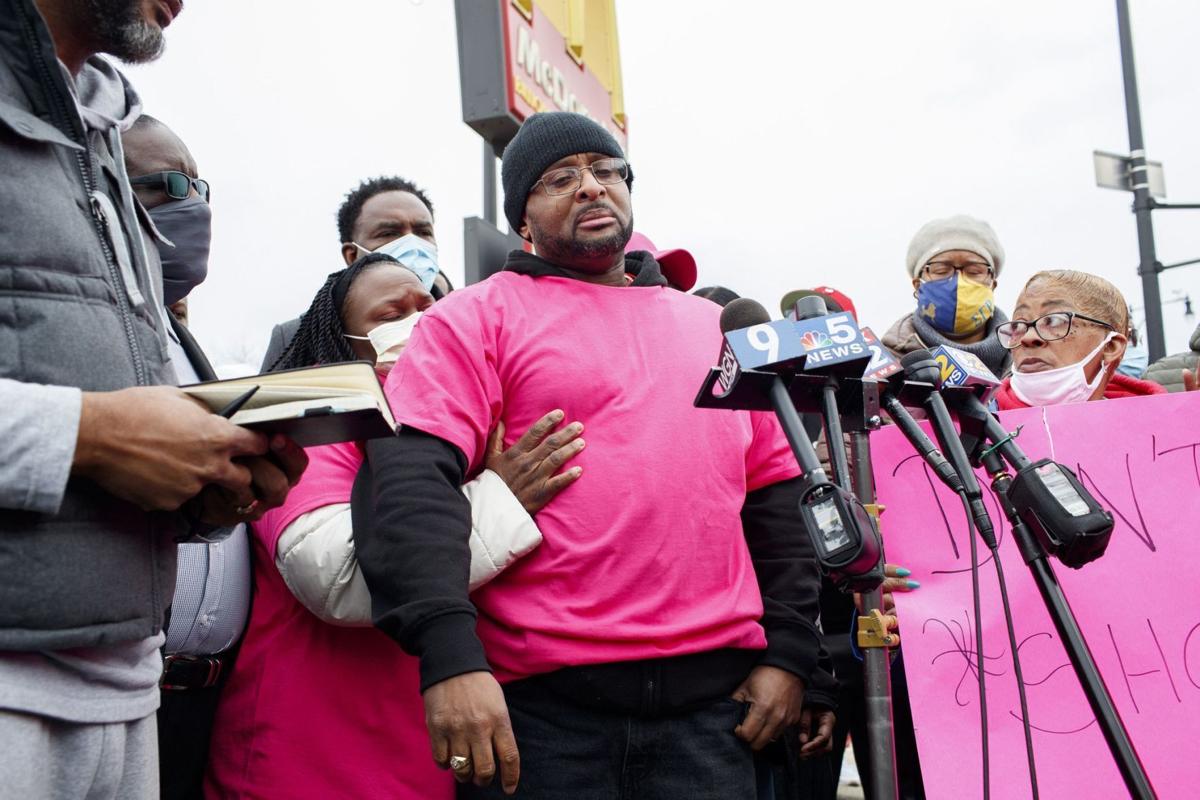 Johnny Adams, the grandfather of Jaslyn Adams, cries April 19, 2021, while talking with members of the media during a vigil for the 7-year-old, who was fatally shot while sitting in a vehicle in a McDonald's drive-thru.