CHICAGO — An activist Roman Catholic priest cleared by an Archdiocese of Chicago investigation into claims that he sexually abused several boys decades ago returned to the pulpit of his longtime church on Sunday for the first time in five months.

"It's good to be home," the Rev. Michael Pfleger repeatedly told congregants of the Faith Community of St. Sabina, describing his time away during the investigation as a "painful nightmare."

Pfleger, 72, was placed on leave in January amid allegations from two brothers who said Pfleger sexually abused them as children starting in the 1970s. A third man later also alleged that Pfleger molested him once in 1979 when he was 18. Last month, the archdiocese concluded there was "insufficient reason to suspect" that Pfleger had abused children. A police investigation remains open.

His first service back at the largely Black church on Chicago's South Side was as spirited as ever, with live music, dancing and reenergized congregants who have fiercely backed their priest. Pfleger, who is white, thanked congregants for supporting him and vowed to resume his activism, especially against gun violence, with even more gusto.

"I'm going to fight harder, because I'm stronger, I'm better and I'm wiser. ... The last five months have been a roller coaster of hurt and anger and depression and pain and not knowing what people are thinking about you," he said, his voice breaking at times.

To support Pfleger, church members have held rallies, flooded archdiocese phone lines, threatened to withhold church dues and launched a letter-writing campaign. On Sunday, some wore T-shirts featuring the priest's photo and the message "Pfleger is back." Among those in attendance was filmmaker Spike Lee, who is friends with Pfleger and whose 2015 movie "Chi-raq" featured a character inspired by Pfleger and played by John Cusack.

Pfleger is known for his anti-violence activism and for bolstering neighborhood development in the largely low-income neighborhood surrounding the church. He's also been in the spotlight for clashing with church leaders, having been suspended twice before this year, including in 2008 during Barack Obama's presidential campaign when he mocked Obama's primary opponent Hillary Clinton.

Ordained in 1975 and assigned to St. Sabina, Pfleger became pastor six years later and lived at the nearby rectory until earlier this year, when he temporarily moved to an apartment during the investigation.

Police have said their investigation remains "open and active," but they haven't provided any details about it. Cook County State's Attorney Kim Foxx has said police haven't presented any information for her office to review or determine if criminal charges are appropriate. Illinois has no statute of limitations for filing charges in major sex crimes.

The Illinois Department of Children and Family Services completed its review in February, concluding there was no credible evidence of child abuse or neglect. The agency, which doesn't investigate allegations of abuse by an adult victim, focused on whether children were currently at risk.

During Sunday's service, Pfleger talked about street violence in Chicago. He also acknowledged the damage that the abuse allegations did to his reputation.

He didn't talk about the allegations in detail, aside from saying the false accusations to "destroy his character" began with an "extortion letter." One of the brothers, who are in their 60s, has acknowledged that he asked Pfleger for a $20,000 payment in December.

"I know my name will be damaged for the rest of my life," Pfleger said as congregants booed. "But most of that is by people that hated me anyway. There are people watching today that are not happy that I'm back. But take off your party hat and blow out the candles. I'm back." 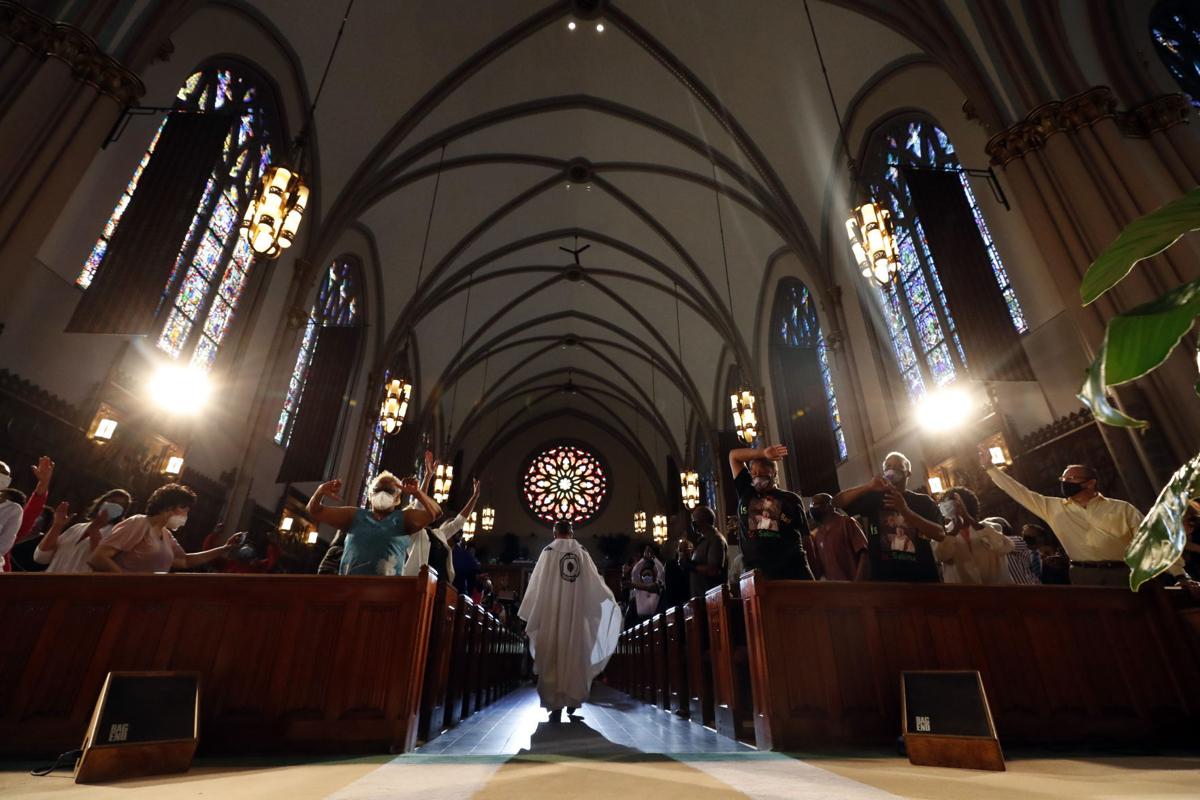 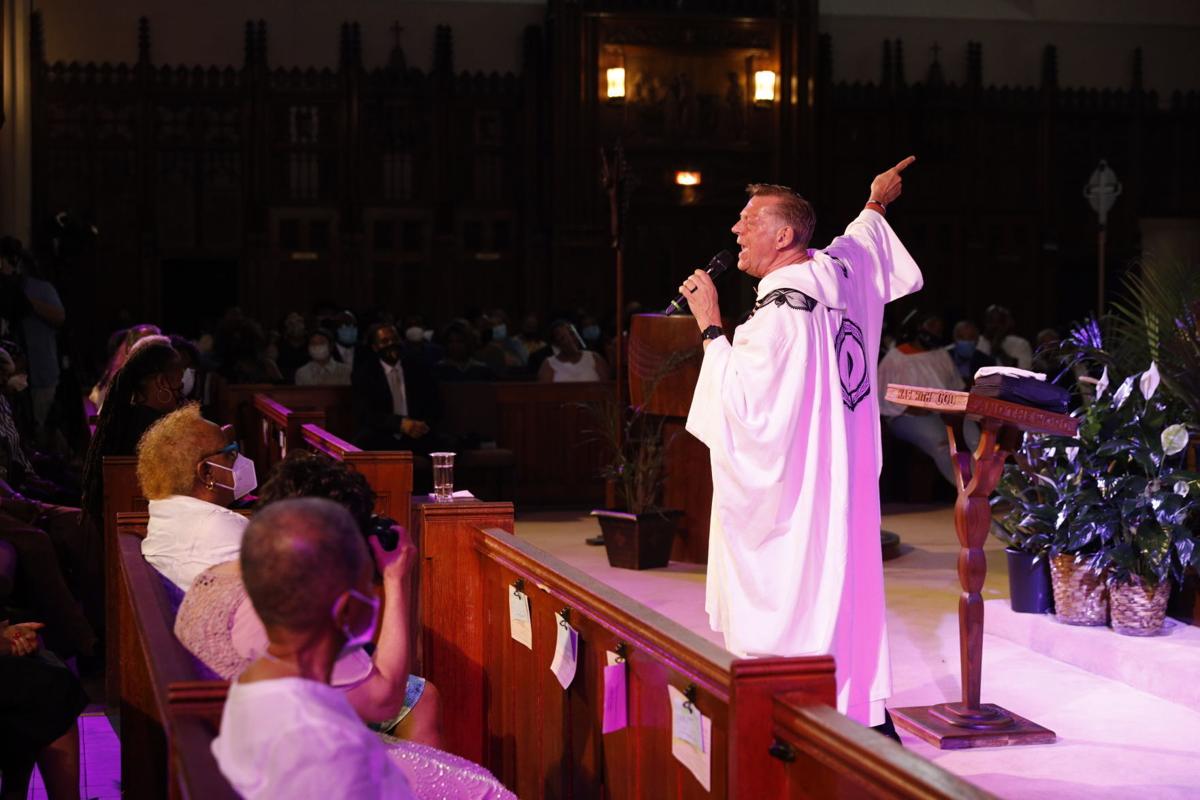 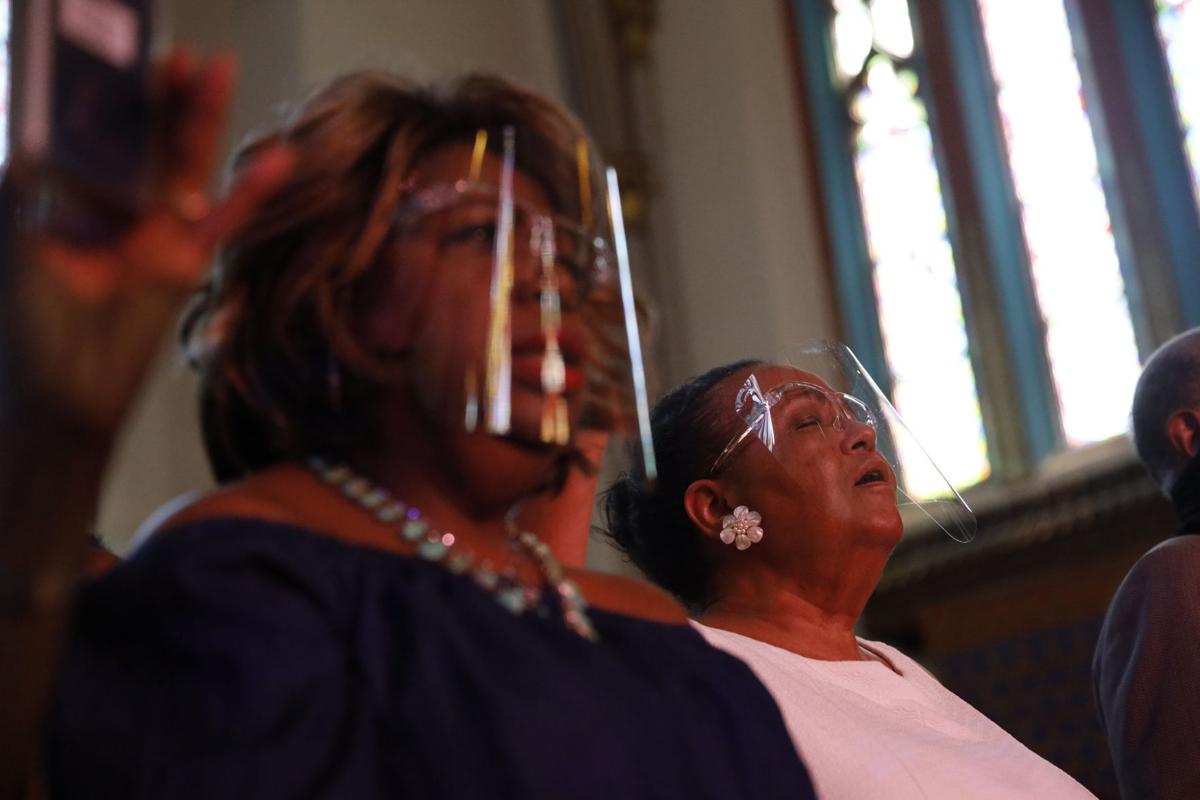 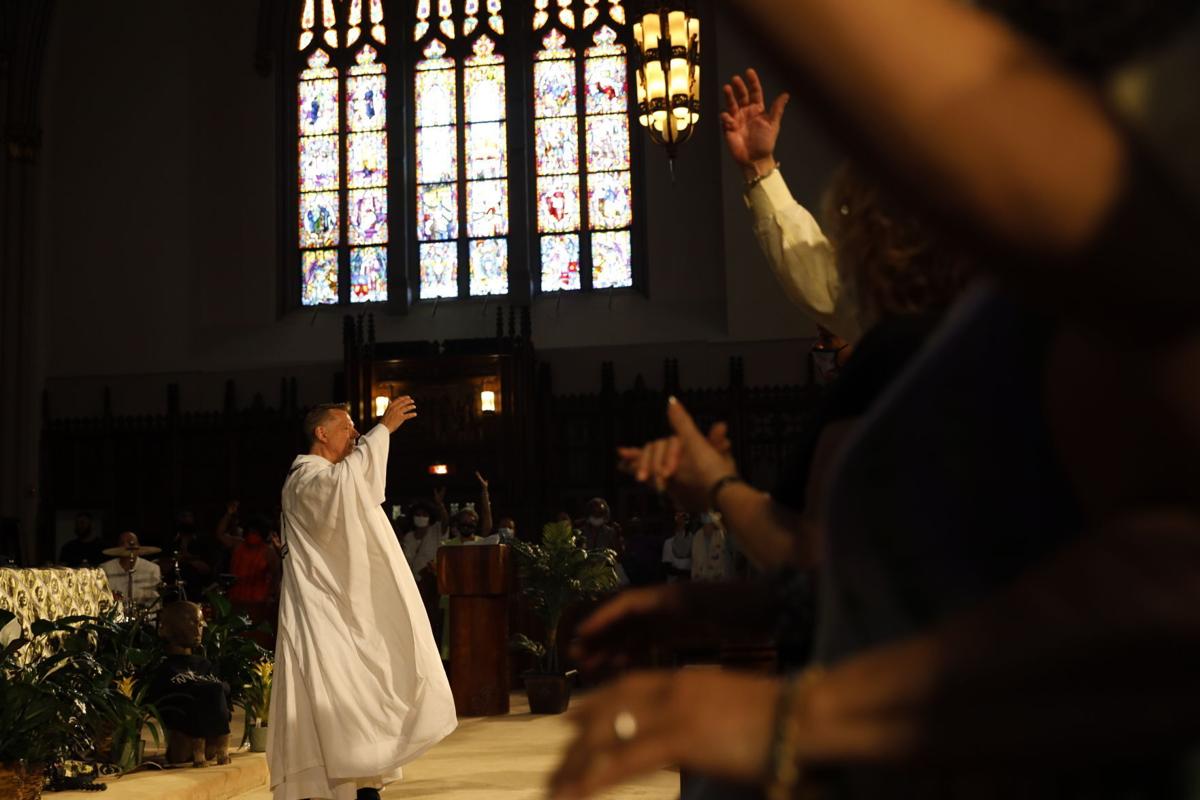 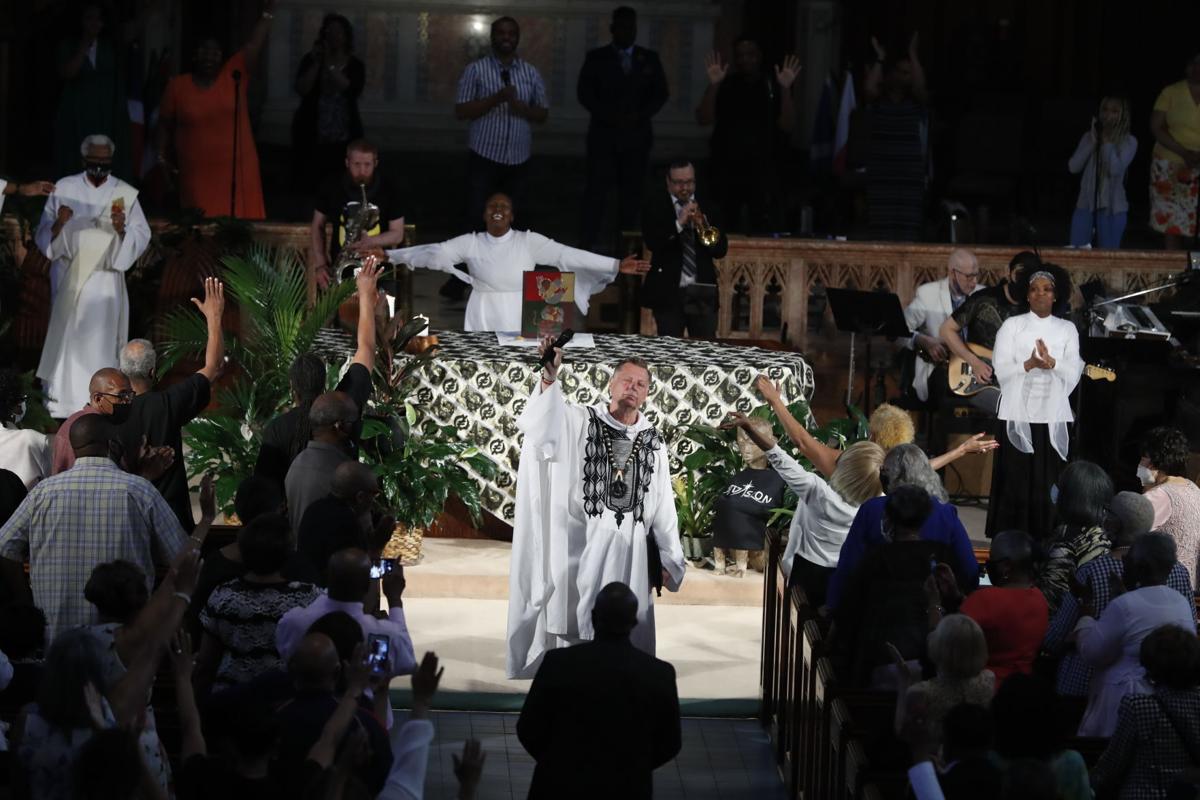 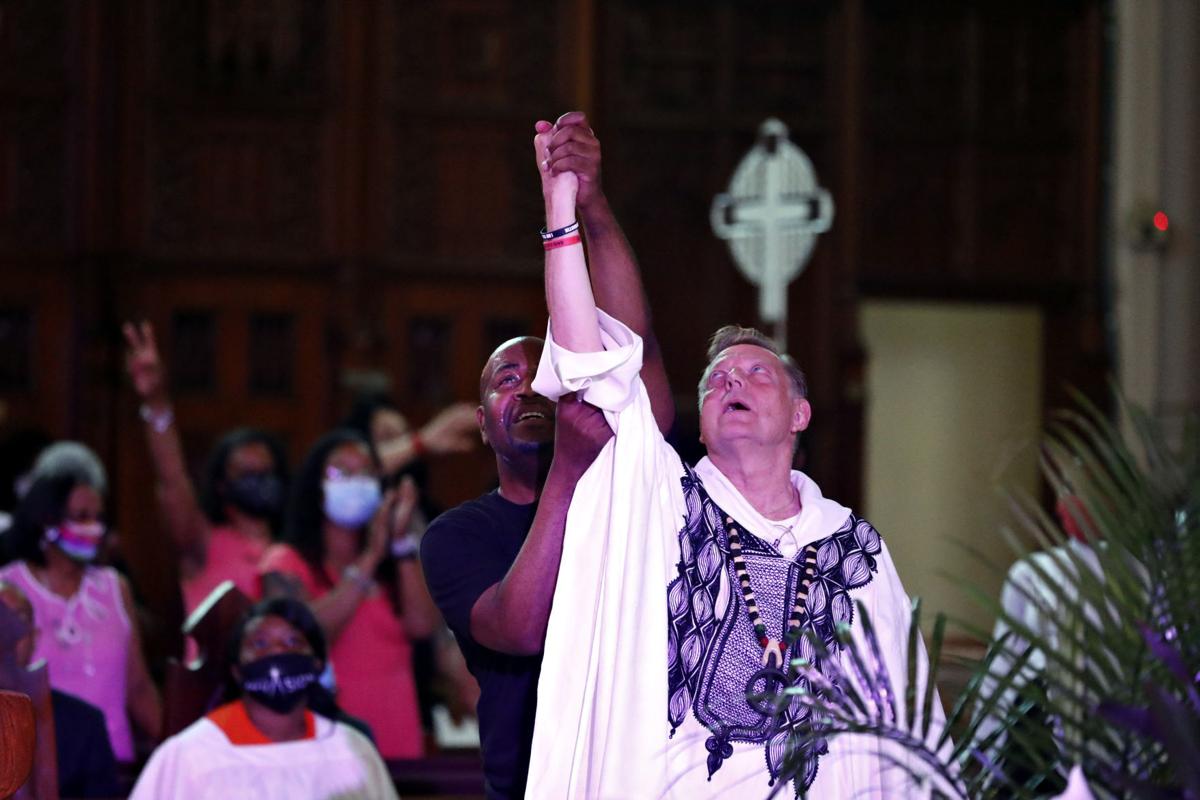 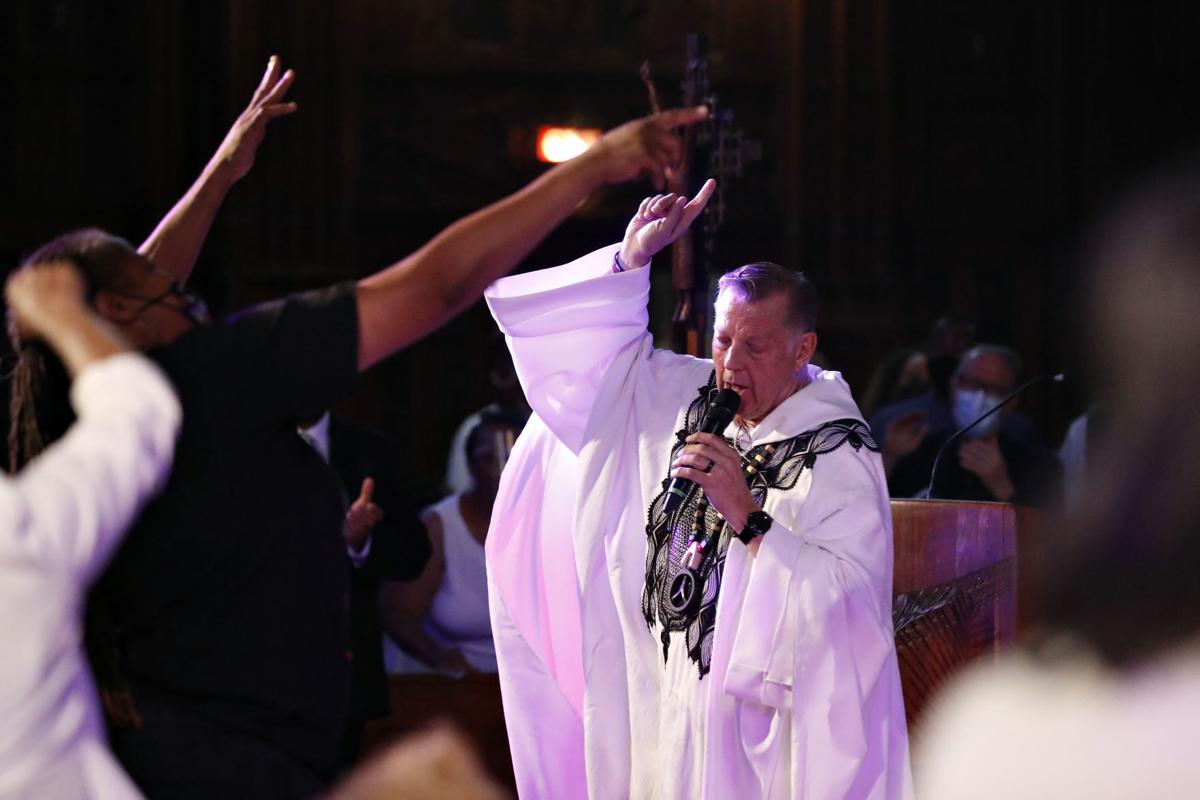 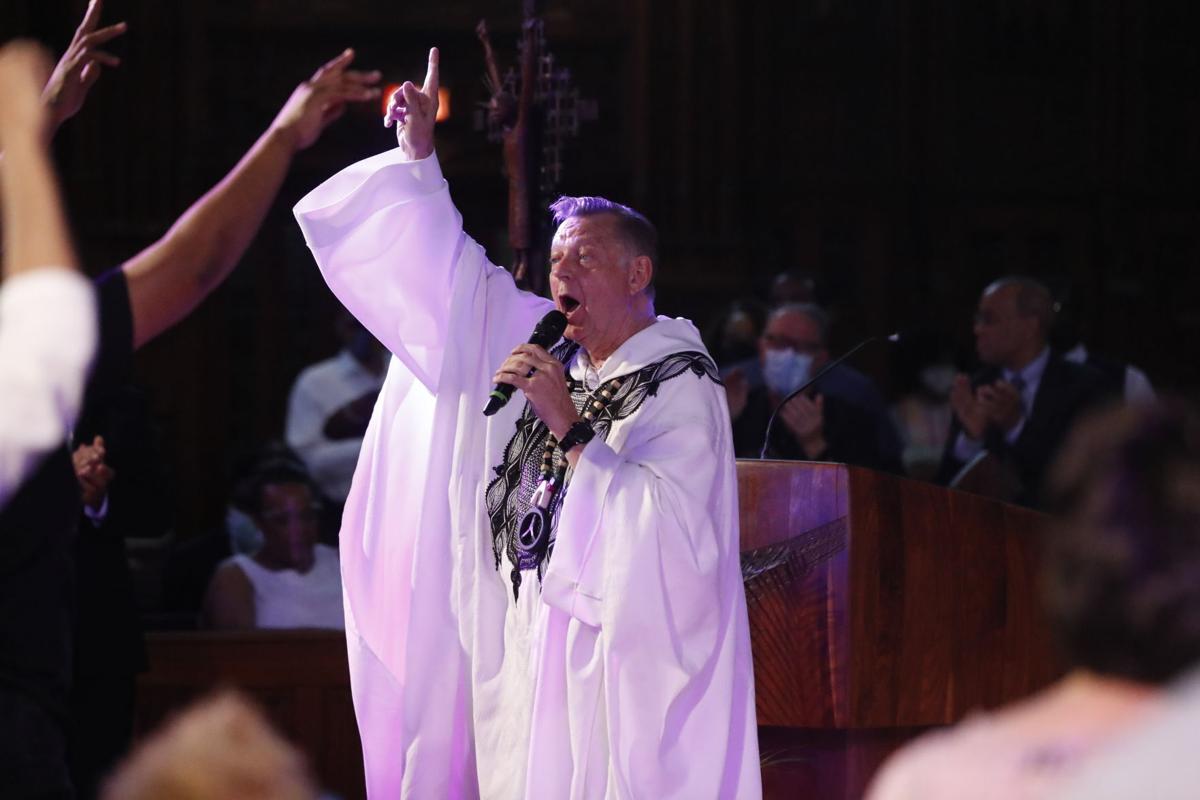 An activist Roman Catholic priest cleared by an Archdiocese of Chicago investigation into claims that he sexually abused several boys decades ago returned to the pulpit of his longtime church on Sunday.

After arguing for nearly a decade that Michael LaPorta shot himself in a botched suicide attempt, the Chicago's Law Department now says veteran patrolman Patrick Kelly pulled the trigger.

Mayor Lori Lightfoot fueled her political ascent with promises to reform policing, but after two years under her guidance the Chicago Police Department’s present looks much like its past.

Gov. J.B. Pritzker announced the “all in for the win” vaccine lottery at an event in Chicago, noting it would award $7 million in cash prizes for adults 18 years of age and older, as well as $3 million in scholarship awards for Illinoisans ages 12 to 17.

Chicago’s slow walk toward civilian oversight of the Police Department stalled Friday after Mayor Lori Lightfoot withdrew her plan while a competing proposal from grassroots groups was blocked by pro-police aldermen and mayoral allies.

Body in motel rubble is identified as man missing for months

MARION, Ill. (AP) — A body discovered after the demolition of a landmark motel in southern Illinois has been identified as a 51-year-old man w…

Illinois lawmakers finished a two-day special session Thursday by passing some important legislation but without reaching agreement on the one issue they had hoped to resolve — a major energy bill.

NEW YORK (AP) — A rabid dog imported into the United States this month has sparked a public health investigation across several states.

MARION, Ill. (AP) — A body was found at the site of a demolished motel in southern Illinois, police said Tuesday.