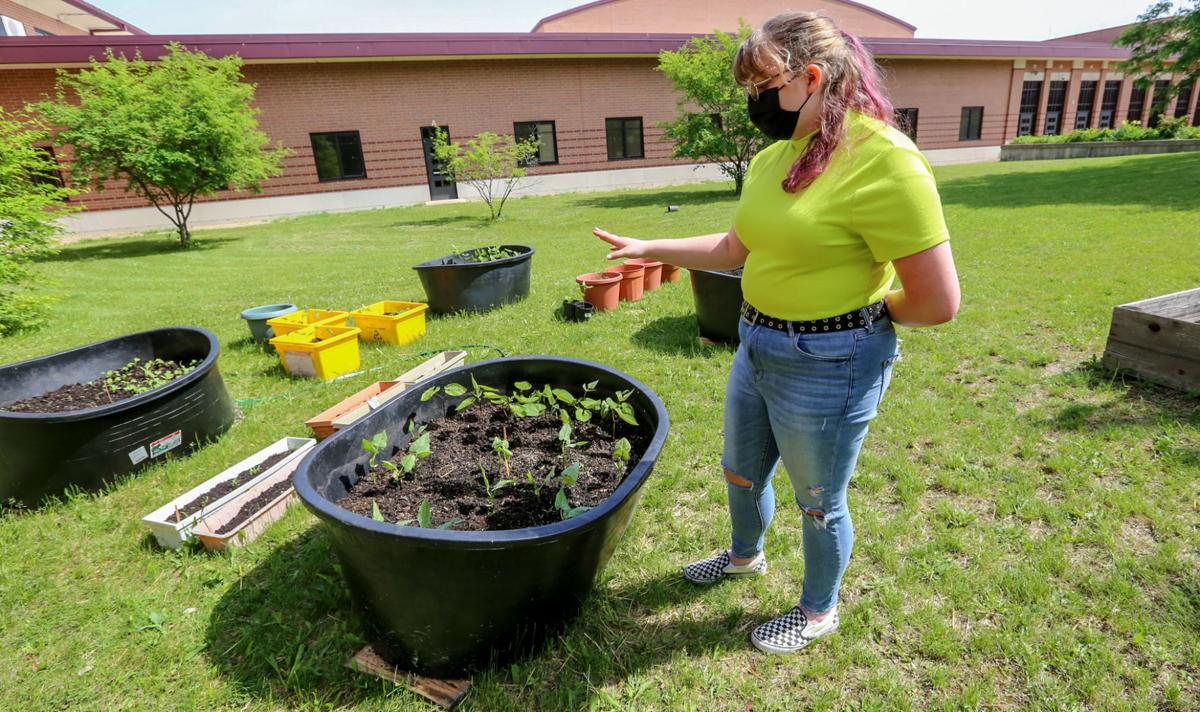 Chesterton High School student Emily Nixon, 16, talks about some of the vegetable plants that she and classmates Emma Bolinger and Kameryn Hipp have started growing in the community garden they created at the school. 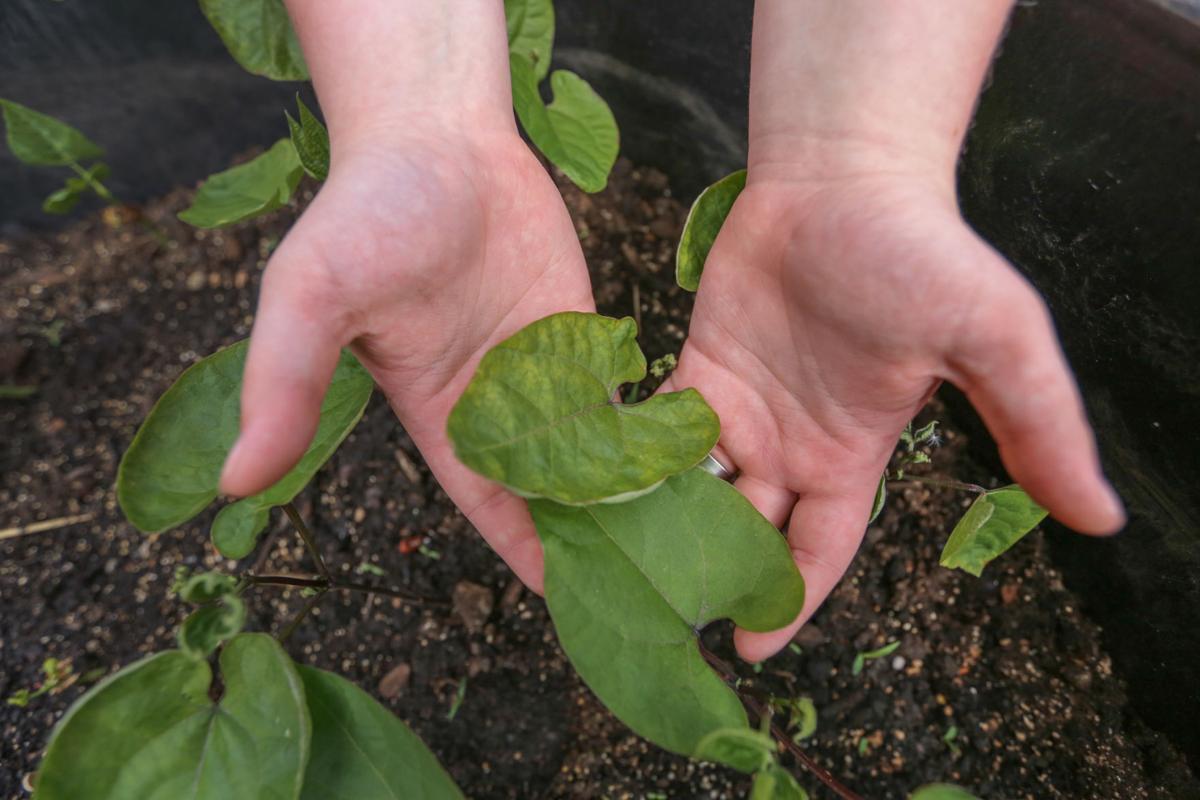 Chesterton High School student Emily Nixon, 16, holds the leaves of a bean plant in one of the planters she and fellow students are using in a class project. They are growing carrots, peas, beans, lettuce, radishes and more.

CHESTERTON — Three Chesterton High School juniors are testing their thumbs to see just how green they are and if they can work together to build a garden capable of helping feed their community.

Emma Bolinger, Kameryn Hipp and Emily Nixon are part of the school’s International Baccalaureate Program, which requires them to do a project based on creativity, activity or service. The IB program teaches students to be critical thinkers and look at the big picture, said Cassie Wallace, biology teacher and supervisor of the girls’ garden project.

Most students choose to work alone, Wallace said, because it’s more efficient for meeting the specific requirements of the project. In the past, students have done coat drives, offered tutoring services or volunteered in the community.

But for Emma, Kameryn and Emily, working together felt like the best way to achieve their ultimate goal: grow produce all summer that can be donated to the Westchester Neighbors Food Pantry in Chesterton.

All three girls are novice vegetable growers, so they started by utilizing supplies already in the school’s greenhouse. There were some seed packets, soil and empty buckets.

Over the past few weeks, the girls have been starting seedlings in the greenhouse, Wallace said. But they also have a handful of outdoor garden boxes in the school’s courtyard to transfer the seeds into as they are ready.

Vegetable plants sprout in the greenhouse at Chesterton High School, where three students in Cassie Wallace's biology class have created a com…

Wallace said the girls are worried the plants won’t thrive, but she’s confident they will have a harvest to show for their efforts. But like with most first-time experiences, the girls have faced a few bumps, such as an entire batch of seeds growing mold.

As their teacher and project supervisor, Wallace said it’s been fun for her to see the girls learn independence and life lessons through the project. They are learning how to problem solve and adapt when things don’t go exactly as they expected.

In order to be able to donate the food, Wallace said the girls will need to make sure the produce meets certain requirements, such as not using pesticides and certain fertilizers on the plants. They want to make sure the radishes, peas, beans, cucumbers and tomatoes they grow end up in the hands of people who need them most.

By working with the Porter County Master Gardeners Association, Wallace said the girls were able to learn the proper procedure and protocol for growing food that can be donated to a food bank. They also received a Master Gardeners grant for $300 to put toward supplies for the garden.

During the regular school year, the girls were in Wallace’s class every other day, so they would check on the plants at the start or end of class. And on the days they didn’t have her class, at least one of them was out watering and monitoring the progress.

Chesterton High School students Emily Nixon, 16, and Emma Bolinger, 17, look over the community garden they created while in Cassie Wallace's …

Emma, Kameryn and Emily will continue to tend the garden throughout the summer, but Wallace said they also want to work with the school’s environmental and horticultural clubs to see if their members want to volunteer to help water, harvest and package the produce.

Since the girls still have another year at Chesterton, they are hoping to continue the garden into the next school year. Once the weather gets cold, their plan, Wallace said, is to move back into the greenhouse. After they graduate, Wallace said they would love to see another group continue the project.

Especially during the pandemic, Wallace said the girls realized that some people are more fortunate than others and some have better access to necessities, such as food, than others do. 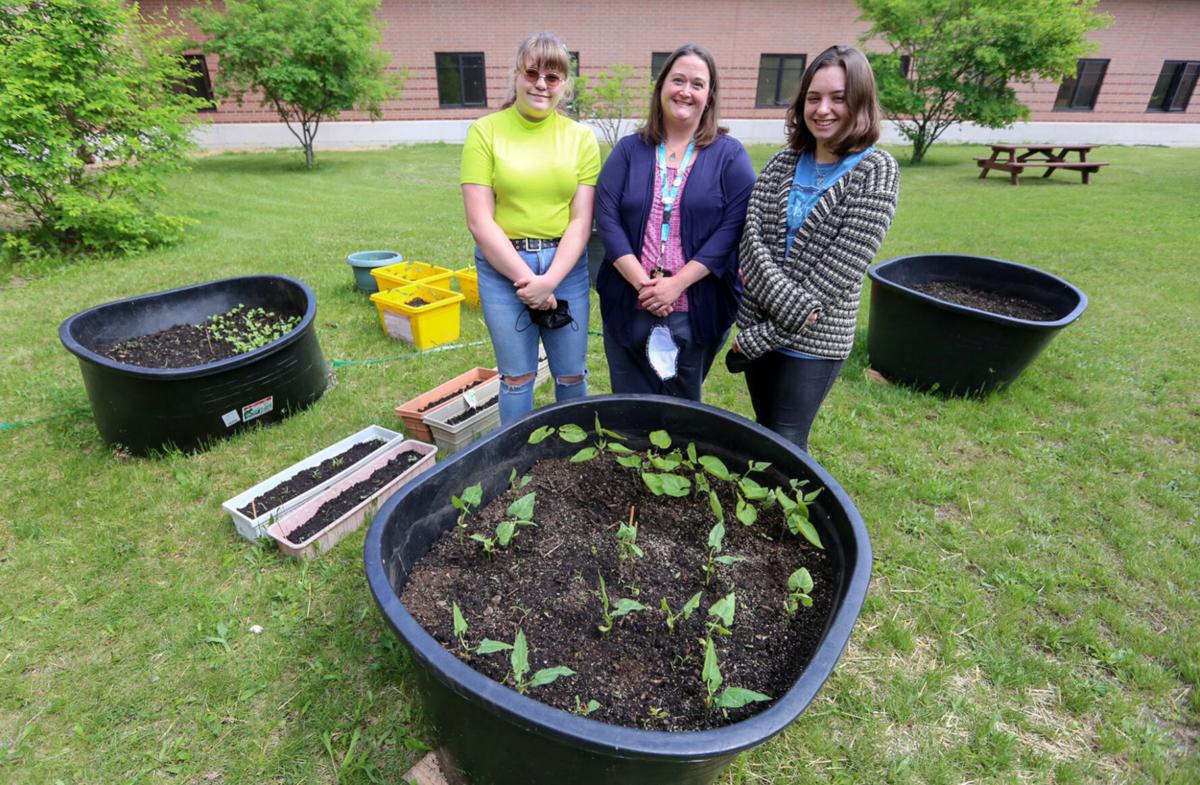 Chesterton High School students Emily Nixon, 16, left, and Emma Bolinger, 17, with their biology teacher, Cassie Wallace, in the community garden they created in Wallace's class. They are growing a variety of vegetables to donate to a local food pantry. 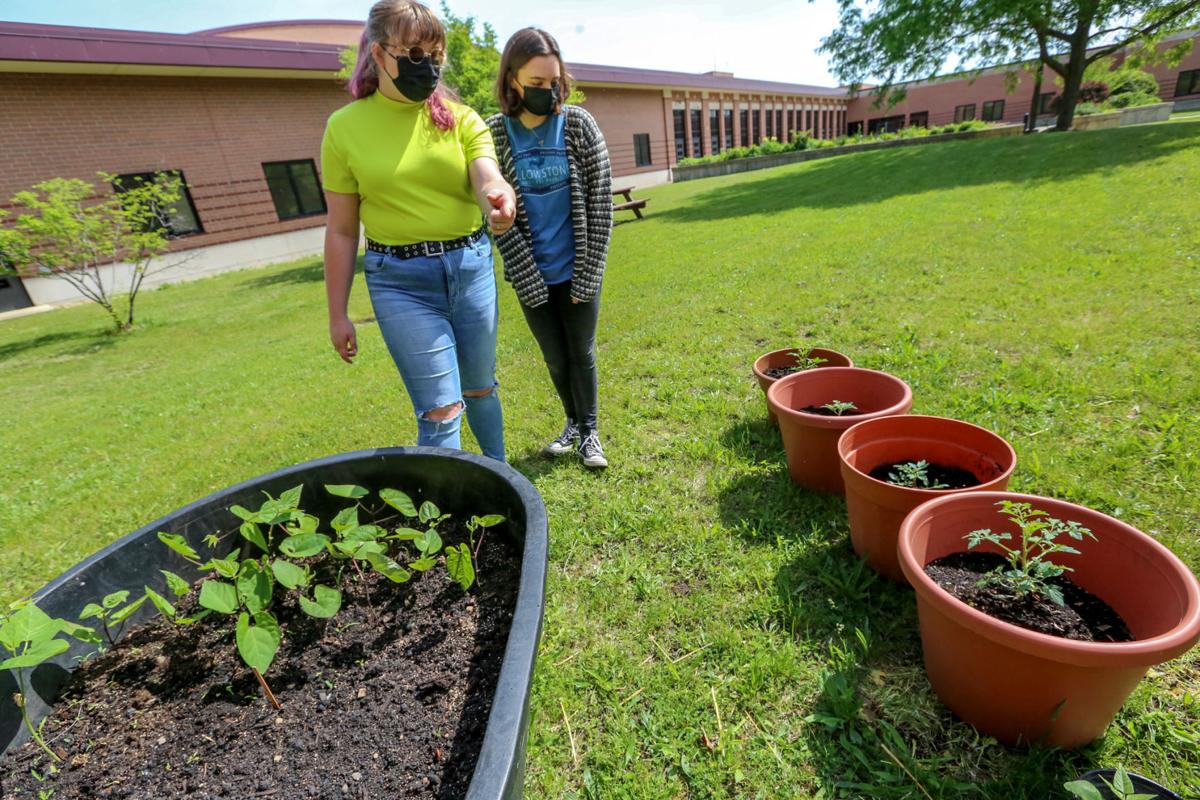 Chesterton High School students Emily Nixon, 16, and Emma Bolinger, 17, look over the community garden they created while in Cassie Wallace's biology class. They are growing a variety of vegetables to donate to a local food pantry.

Vegetable plants sprout in the greenhouse at Chesterton High School, where three students in Cassie Wallace's biology class have created a community garden.

Chesterton High School student Emily Nixon, 16, talks about some of the vegetable plants that she and classmates Emma Bolinger and Kameryn Hipp have started growing in the community garden they created at the school.

Chesterton High School student Emily Nixon, 16, holds the leaves of a bean plant in one of the planters she and fellow students are using in a class project. They are growing carrots, peas, beans, lettuce, radishes and more.