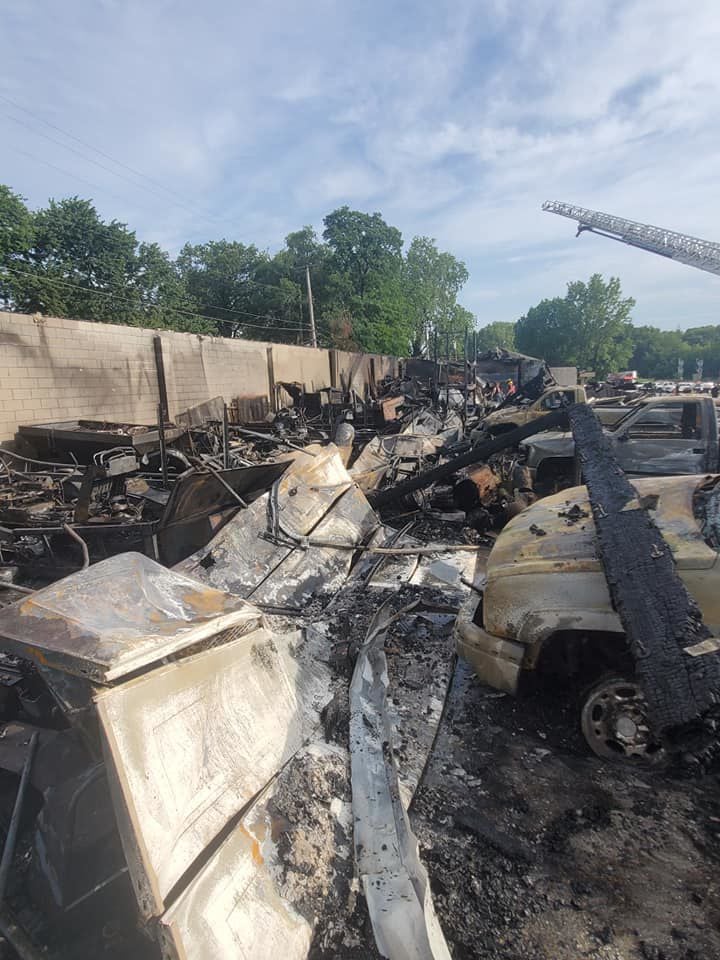 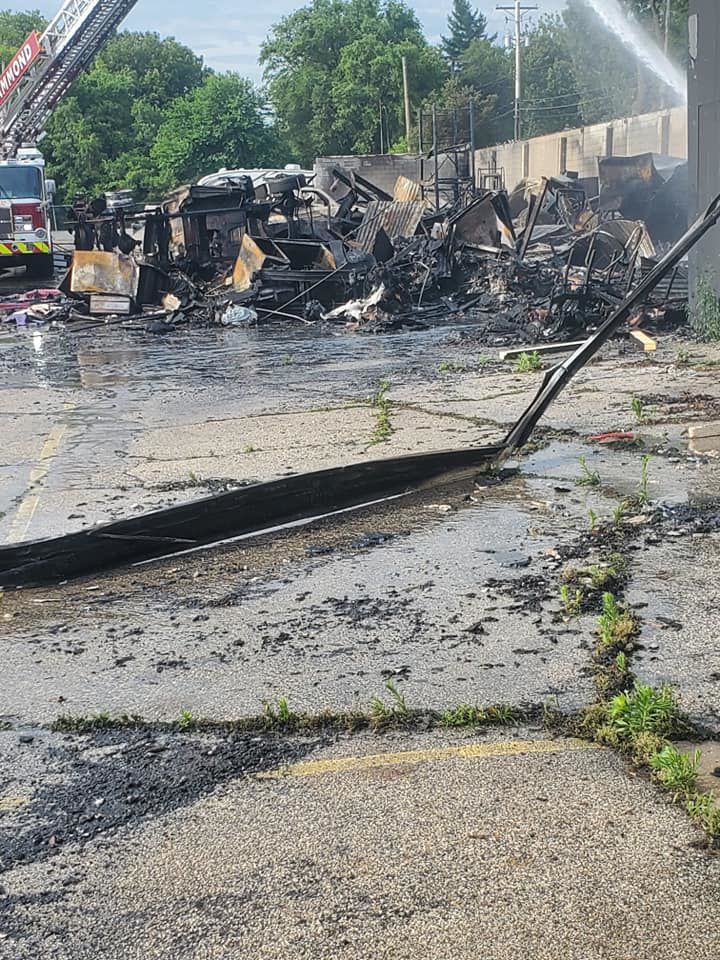 Firefighters were dispatched at about 4:20 a.m. for a report of a structure fire at the 6700 block of Osborn Street. There, a fire extending about 80 to 100 feet engulfed property at the site of Gluth Brothers Roofing Co., Hammond Deputy Fire Chief Kevin Margraf said.

"It was fully involved. There was a lot of smoke that was traveling north for quite a ways," Margraf said, adding, "It's a large loss."

In addition to the building that was ablaze, a row of neighboring garages were damaged by intense heat.

It wasn't clear early Tuesday whether Gluth Brothers Roofing's property was damaged in the fire, though it is connected to a building that burned, Margraf said.

Firefighters did not immediately find any damage to the business' offices, he added.

Investigators were working to determine who owns the property that was damaged.

One firefighter was transported to a local hospital for precautionary measures, though no one was injured in the fire. The property was unoccupied as it burned, Margraf said.

Crews had knocked the fire Tuesday morning but officials were still working to identify tenants and gather information into the afternoon, Margraf said.

About 9 a.m., the city's inspections department said on Facebook that Walker's Lawn Services, one of its landscaping vendors, was devastated by the fire.

"This is one of the companies our inspectors assign vacant lots & abandoned properties to for landscaping & trash removal. They help keep Hammond beautiful," the department said, noting that the owners are city natives.

Investigators were working to determine the cause of the fire Tuesday.

Fire officials are investigating the cause of a fire that left one first responder injured.