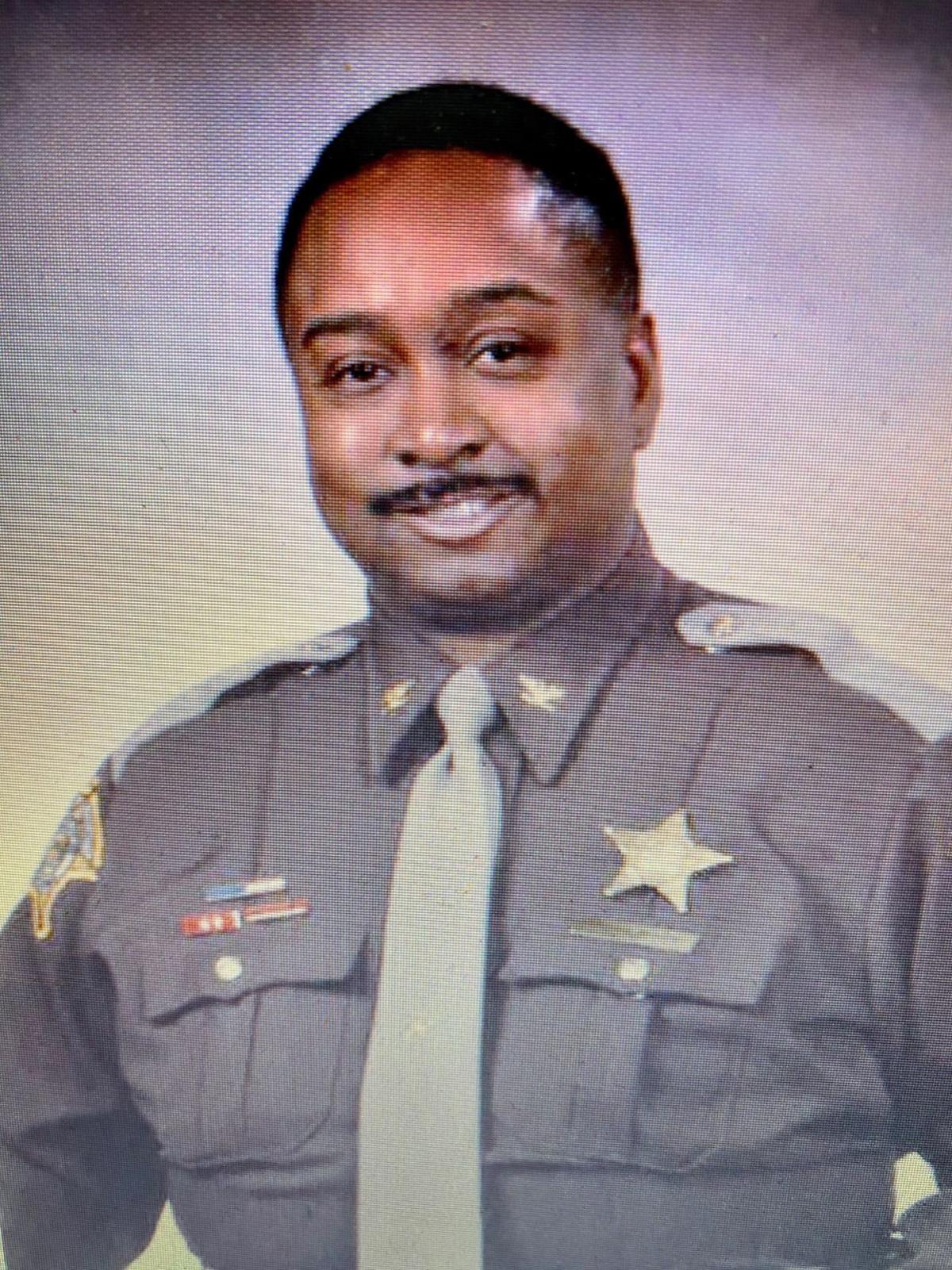 Ryan Askew, a retired Lake County officer, was shot and killed while working security at Community Hospital in Munster on June 16, police said. 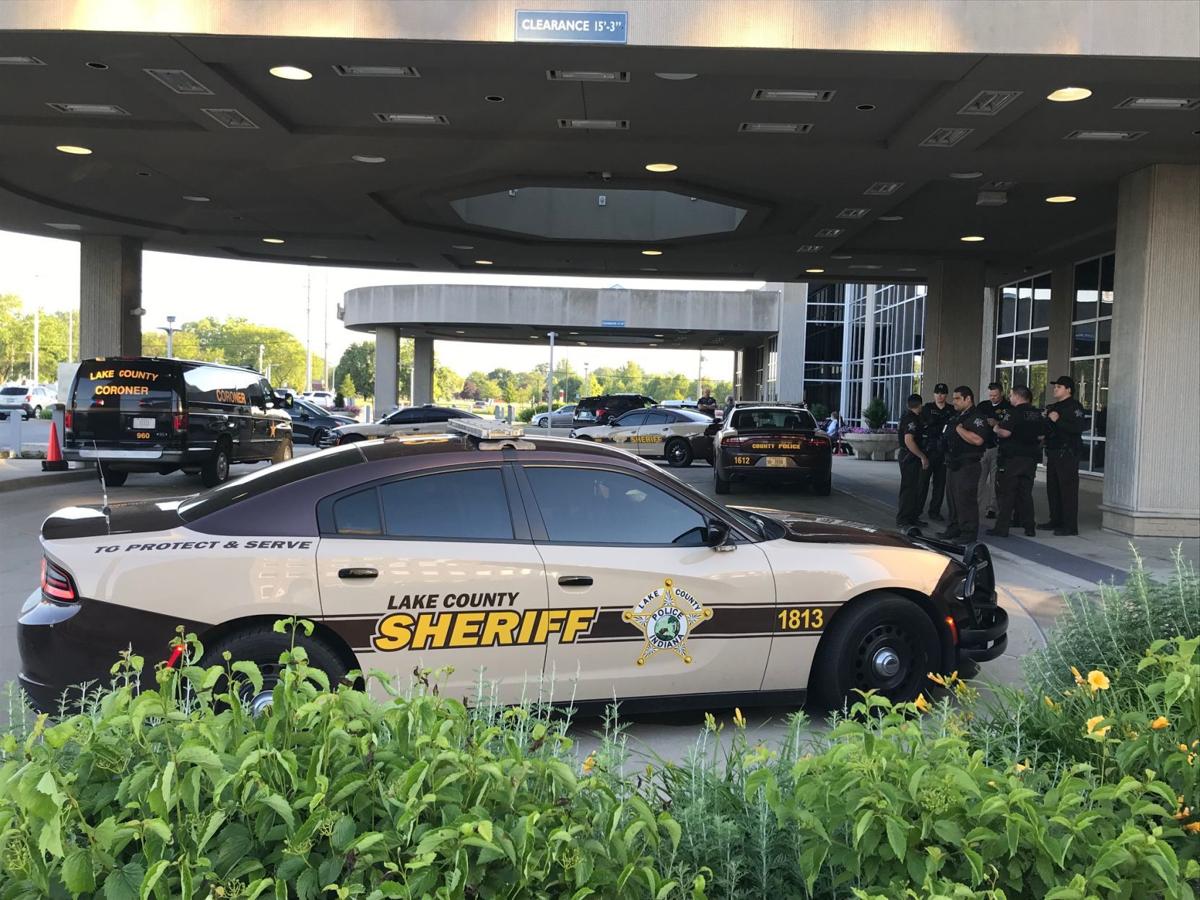 MUNSTER — The Lake County Sheriff's Department is mourning the loss of one of its own.

“I would have never thought that once he retired that he would be in any kind of danger of getting shot, not from working midnights at the hospital. But we do what we have to do because this is the job that we chose,” said Lessie Evans-Smith, deputy commander in charge of the sheriff’s civil division.

At about 1 a.m. Tuesday, Askew, 59, and another retired officer were responding to a report of a psychiatric patient assaulting a nurse at the hospital, according to police.

Lake County Sheriff Oscar Martinez said it is his understanding that the patient, identified by the coroner as 22-year-old Jamal Williams, of Lansing — was beating the nurse “pretty badly.”

Askew was wounded in the arm and later died. The other officer opened fire, killing Williams, Martinez said.

"We are deeply saddened and shocked to lose a retired officer in such a horrific incident,” Martinez said. “He was a dedicated professional.”

The circumstances of the shooting and other details are still under investigation by the Munster Police Department, Martinez said.

The loss of Askew, who retired as a commander in 2004 after 20 years of service, is already being felt throughout the Lake County Sheriff's Department.

Deputy Chief Ed Jenkins, originally from Gary, said he joined the sheriff’s staff in 1999 after two years with the jail. He learned from Askew over the years, he said, including how not to sweat the small stuff.

“He would always tell me when you get frustrated, to not worry about it,” he said.

Jenkins, who eventually joined Askew as security part-time at Community Hospital, said the outpouring of sympathy and support through social media, text messages and phone calls is a testament to the kind of man and officer Askew was.

Jenkins and Evans-Smith said the entire department is ready and willing to stand behind Askew’s family during this difficult time.

Police sources confirmed to The Times the officer who shot Williams was a longtime police veteran named Benny Freeman.

Freeman was a 25-year veteran of the Lake County Sheriff’s Department and retired in 2010. Freeman is a former jail warden, Lake County SWAT team member and previously served as the sheriff department’s sharpshooter/sniper.

Martinez said his department has learned the officer was hospitalized and is in stable condition.

“I knew both of these retired veteran officers personally, and they’re the kind of people rookies could learn from and look up to,” Martinez said.

“We are praying for the families of both of these officers as they endure this difficult time,” Martinez said.

A man arrested after leading police on a car chase early Wednesday gave officers a fake name and was wanted on an out-of-state warrant, police said.

In the days since the death of Jamal Williams, an outpouring of condolences and memories have been shared by the Western Michigan football program via social media.

The services for Ryan Askew, former Lake County Sheriff’s police commander, will be held at Family Christian Center at 340 45th Ave. in Munster.

"The outcome was sad, unconscionable and unfortunately far too long in the making based on the way our society has neglected proper care and services for mental health."

Prominent civil rights attorney Ben Crump is representing the father of Jamal Williams, the 22-year-old who was shot and killed by a Community Hospital security guard this month.

Ginsburg is first woman to lie in state in U.S. capitol

Ginsburg is first woman to lie in state in U.S. capitol

24 arrested in Louisville after second night of protests

24 arrested in Louisville after second night of protests

Ryan Askew, a retired Lake County officer, was shot and killed while working security at Community Hospital in Munster on June 16, police said.