CHICAGO — For Jalen Grimes, the virus pandemic is stirring up a slew of emotions. “Annoyed" is the first one the 13-year-old Chicagoan mentions. “Scared, confused, worried.”

She was supposed to be enjoying the end of her eighth-grade year, a rite of passage in states like Illinois, with a graduation and a school trip that are not likely to happen. That's hard enough. But her father is also about to be deployed as a paramedic, a more dangerous than usual job in these times. Her mom, a therapist, also has been on call a lot and is prone to pneumonia. And then there are her grandparents.

“It’s a lot of fear with family members and stuff,” Jalen said. “I think a lot of us don’t think it will affect us, but it’s a worry.”

As this crisis unfolds, her generation likely be tested like never before, especially those whose families are already on the edge, financially and health-wise.

“It’s going to make them feel differently about their mortality, possibly, what the world offers, what security looks like,” said Cathy Cohen, a political science professor at the University of Chicago, who regularly tracks the views of young people.

In pre-pandemic surveys, she has found that these young adults already sense that they won’t have as much as their parents have.

Some like to portray them as coddled and entitled. But this is a generation that also has grown up with its share of stress — school shootings, social media pressure, a Great Recession, climate change. Young adults, older than Jalen, remember the terror attacks of 9/11 and know how it feels when the world changes in an instant.

Now comes this global event that German Chancellor Angela Merkel called the biggest challenge since World War II. Meanwhile, Aaron Pallas, a researcher at Columbia University, said he could think of only “one major historical precedent” for what we might be facing — the Great Depression.

Studies have shown that “kids in these circumstances are thrust into growing up faster than is typical,” said Pallas, a professor of sociology and education.

It's still early, of course. But even younger children can sense that something unusual is going on.

So far, Kathleen McShane, a trauma therapist and mother of three on the South Side of Chicago, said her 6- and 9-year-old mostly have questions about their routine. Why is soccer canceled? When can they have a play date?

As she and her husband work from home, she posted a blog recently, urging parents to take care of themselves amid these new stresses.

Grieving and saying goodbye in the time of coronavirus

“We need to make sure the parents are OK, so the families are OK,” said McShane, who’s among therapists who are providing sessions with clients via video chat, when telemedicine is covered by insurance (which isn’t always the case). She is anticipating more crises brought on by marital discord, financial stress and other impacts exacerbated by this pandemic.

Teens and young adults might better understand these impacts, though Lance Sell, a 19-year-old college student who is currently “sheltering in place” in San Francisco, said he stills sees many people his age trying to “wrap their heads around” what’s happening.

“It’s hard to keep up,” said Sell, whose freshman classes at Lehigh University abruptly ended, as they did for students across the world. “But people are definitely spooked.”

This week, he took a walk on a beach, a good distance from others, to clear his head.

To relieve some stress, some young people also report connecting with friends via video chat, a few organizing mass “Zoom parties,” named for the popular video chat service. From the comfort of their homes, they are singing karaoke for one another, sharing jokes and talents.

Even as many bars and restaurants close, others are resisting the calls to stay home, “still mad about their social lives,” says Clare Sulentic, a 23-year-old graduate student at St. Ambrose University in Iowa, who moved home with her parents when her own classes went online.

She hopes more people, young or older, will take social distancing seriously as coronavirus cases increase. She too thinks about her grandparents, including a grandfather who’s getting cabin fever.

In the long term, both she and Sell worry about their prospects when they eventually graduate. “I wanted to get a great job in a cool city,” said Sulentic, who’s studying speech language pathology. “Will that still happen?”

Jalen Grimes, the teen in Chicago, is hoping for a bit of good news about high school in a week. She's awaiting word on whether she got into the selective-enrollment public high school of her choice — a big deal for Chicago eighth graders.

Meanwhile, she's working on more schoolwork than she might have anticipated in a circumstance like this, while helping her parents look after her 7-year-old sister, Sydney.

Her mom, Laura Grimes, is now able to work from home but is both teaching college students and running therapy sessions by video conference, as well. There's a lot of call for that these days.

It’s a blessing that she and her husband “didn’t lose our jobs,” she said. “But it’s meant that we have not been able to be present, and I worry about the stress of that.”

Grimes likens it to her own time as a third grader in Iran when her father, a government ammunition specialist, stayed after the Shah Mohammad Reza Pahlavi was was overthrown, while she and her mother left for their safety.

“I learned really heavy things … and didn't really know what to do with that,” Grimes said of dealing with riots and bomb scares.

“This will be that for them,” she added of her children. “This is a level of reality that, for a lot of privileged Americans, we have never had to deal with.”

The COVID-19 pandemic is taking its toll on the local businesses, with some temporarily closing and/or laying off employees, Valparaiso Mayor Matt Murphy told chamber members.

Another Lake County resident has tested positive for COVID-19.

Customer and vendor interactions will be over the phone rather than in-person, officials said.

COVID-19 taking a bite out of Region crime?

The growing number of residents across the Region hunkering down at home to help curb the spread of the COVID-19 may be having the unintended consequence of slowing crime.

Amid concerns over the coronavirus pandemic, congregants at Bethany Lutheran Church in LaPorte met on Sunday in the church parking lot.

Drive-up wedding? Even the coronavirus can't stop this Region couple from getting hitched

Nicole Matusik and Tim Bodnar have been planning their wedding for a year and a half. One thing they didn't see coming? The coronavirus.

The TradeWinds team hopes to produce 30,000 to 50,000 gowns and masks a month for local fire departments, police stations and hospitals at work through the global coronavirus pandemic.

Q-BBQ in Schererville temporarily has closed amid the COVID-19 pandemic.

A local pastor who spent around three days in an area hospital after experiencing symptoms in line with the coronavirus is heading home after being discharged Sunday afternoon.

“The coronavirus affects the family more than the funeral directors, but it is certainly not business as usual,” said David Pastrick, of Oleska-Pastrick Funeral Home of East Chicago.

“I don’t know what other families are going to do to get closure."

All state parks to remain open, but Indiana DNR to shut down some facilities

All Indiana DNR properties including state parks, state forests, fish and wildlife areas, nature preserves and state recreation areas will be open and entrance fees have been temporarily suspended.

The new date has been set for Sept. 5 during Labor Day weekend and will showcase the same lineup of country artists.

Jen Moore, owner of Scrambled Diner in Dyer, said she was astounded when she saw the stretching line of cars at the restaurant Friday evening for pickup.

Posting updates from his hospital room, a local pastor said his wife’s oxygen levels have dropped to 75% and the ventilator is is turned up as high as possible.

Chicago is reserving thousands of hotel rooms for people with mild cases of the coronavirus and others unable to return home while they await test results, the city's mayor said.

Financial Myths That Can Cost You When Home Buying

Why Fans Could be Bad for Your Sleep

Why Fans Could be Bad for Your Sleep 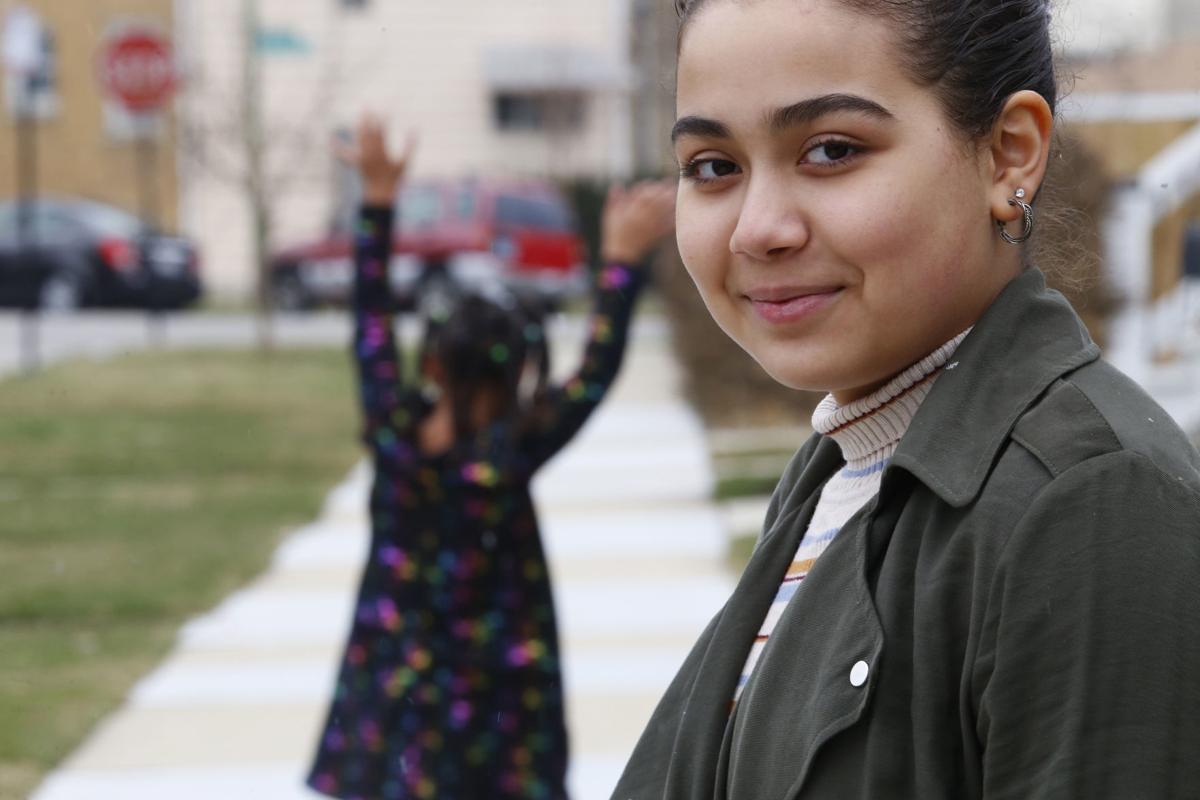 Jalen Grimes, 13, smiles as her 7-year-old sister, Sydney, prepares for a cartwheel outside their home in Chicago on Sunday, March 22, 2020. Both girls are now doing schoolwork at home because of the virus pandemic. Jalen is missing much of her 8th grade year, including a class trip. 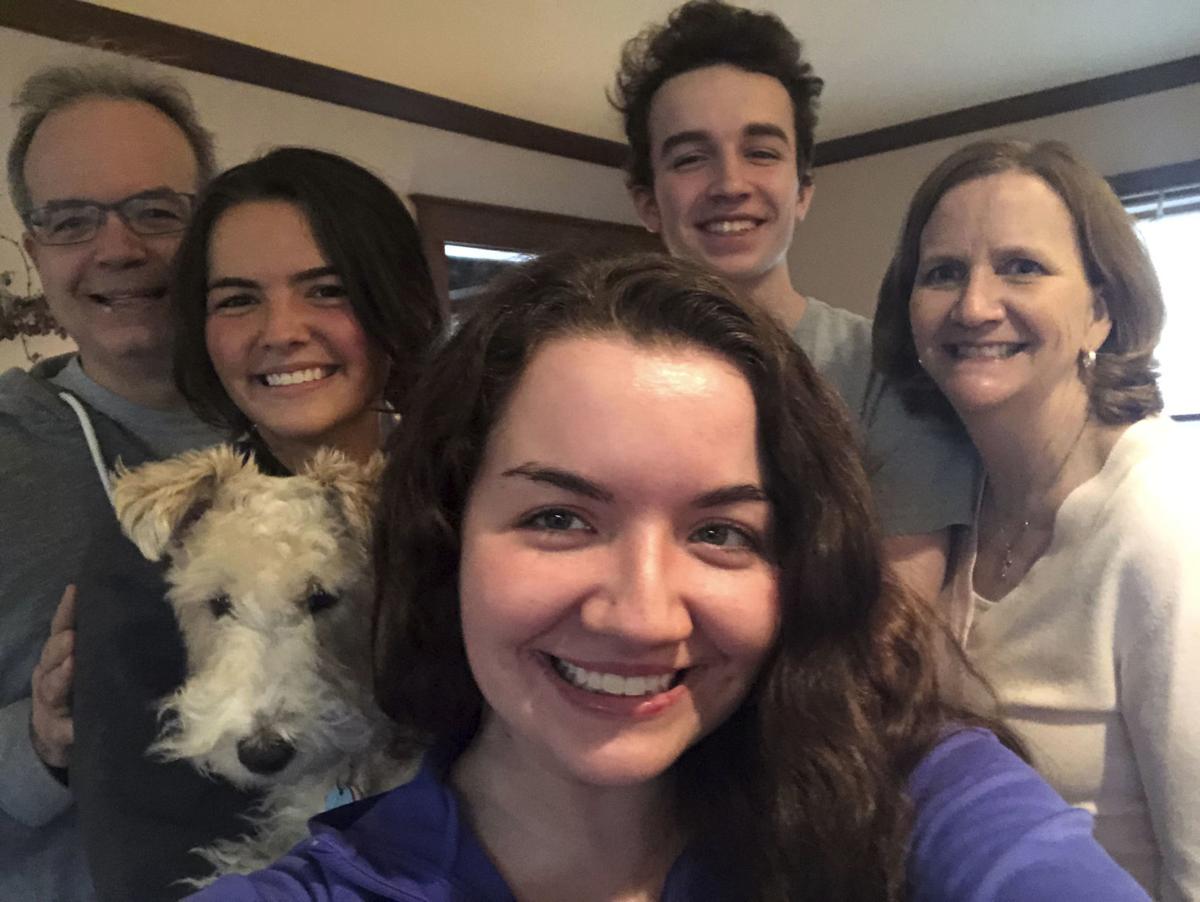 In this photo provided by Clare Sulentic, Sulentic, center, takes a family photo on Friday, March 20, 2020, at her parents' home in Dubuque, Iowa. Sulentic, 23, is a graduate student at St. Ambrose University. Like many students, she is taking classes online during the virus crisis. From left in back are her father, Bill Sulentic, sister Anna Sulentic, 21, brother John Sulentic, 18, and mother, Mary Sulentic. Missing from the photo is sister Maggie, who is hunkering down in Minneapolis. 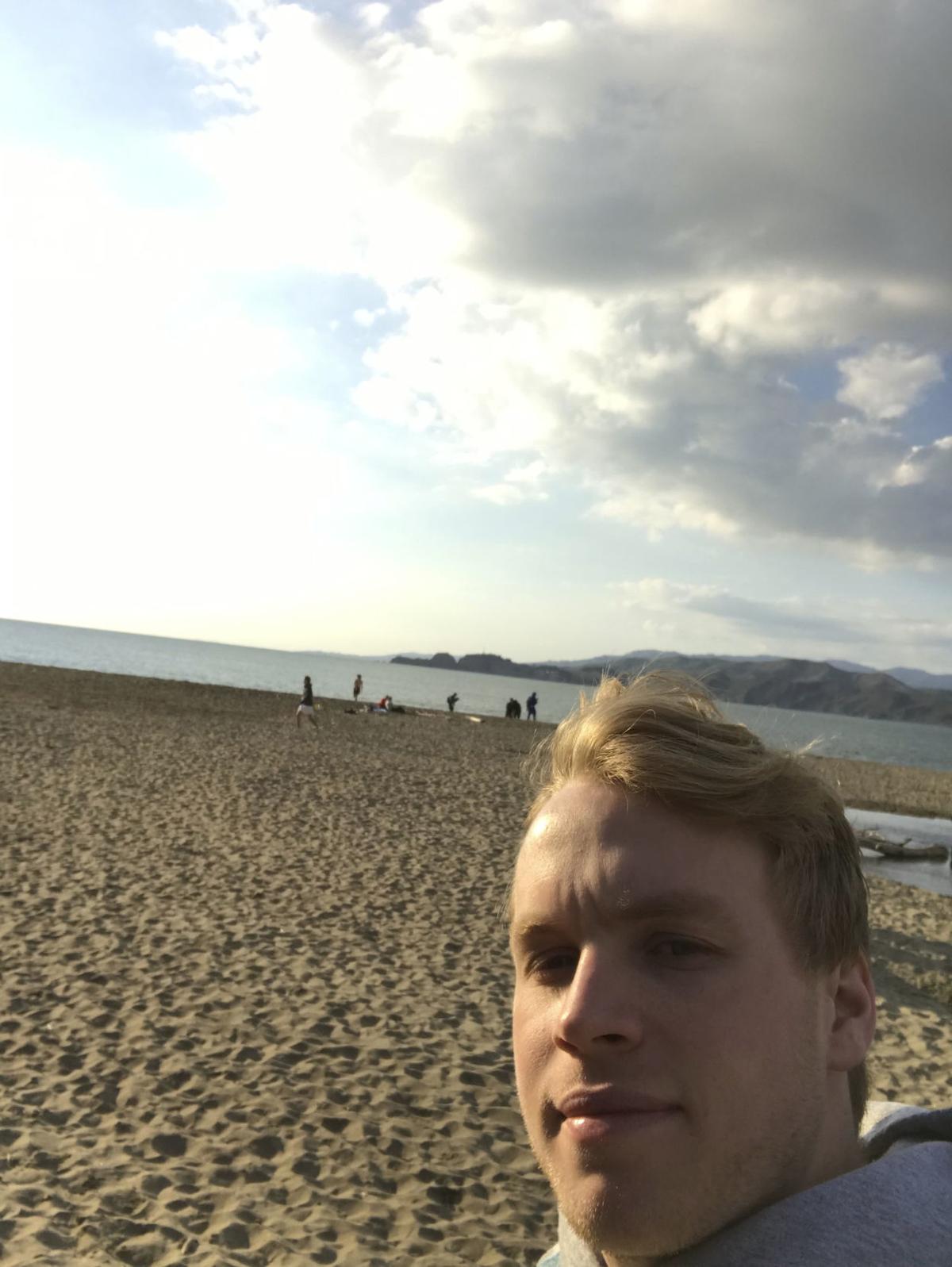 In this photo provided by Lance Sell, Sell takes a selfie on a San Francisco beach while walking, Friday, March 20, 2020. Sell, 19, is a freshman at Lehigh University. His parents are in Spain so he is staying with friends and sheltering in place. He says a lot of people his age are "spooked." 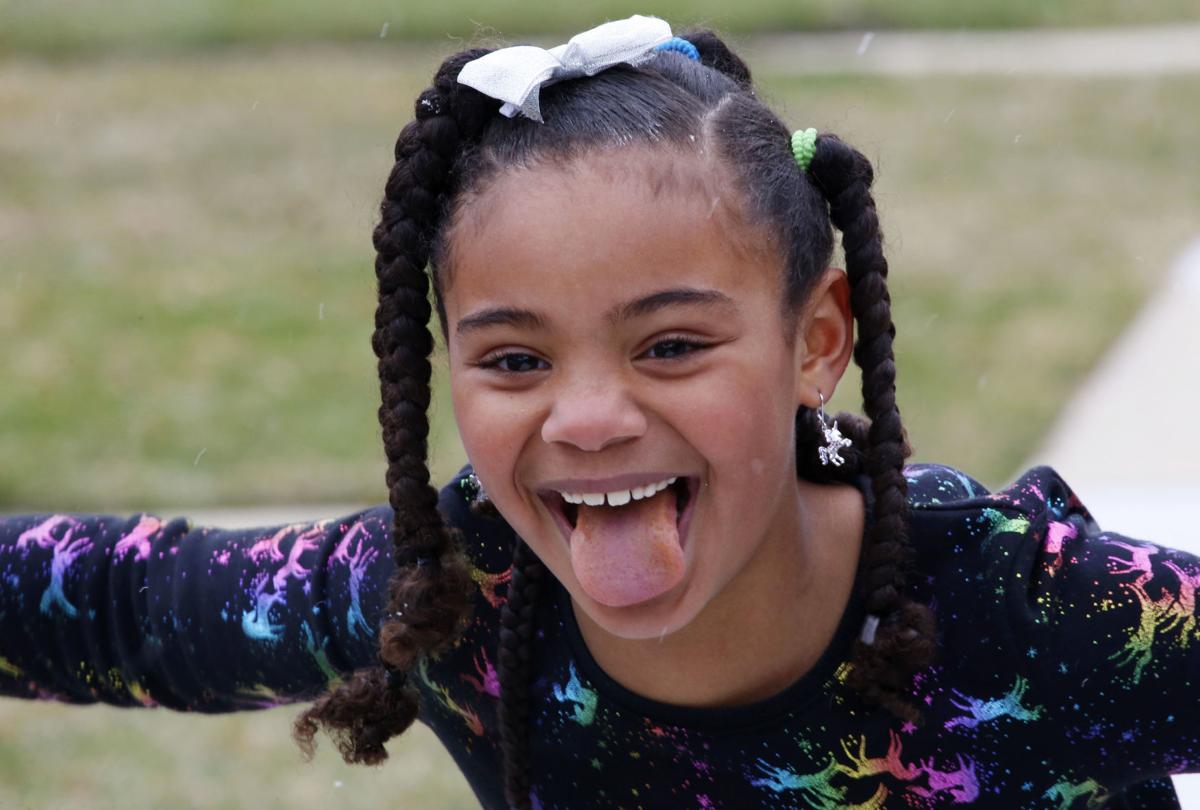 Sydney Grimes, 7, sticks her tongue out to catch a snowflake outside their Chicago neighborhood on Sunday, March 22, 2020. 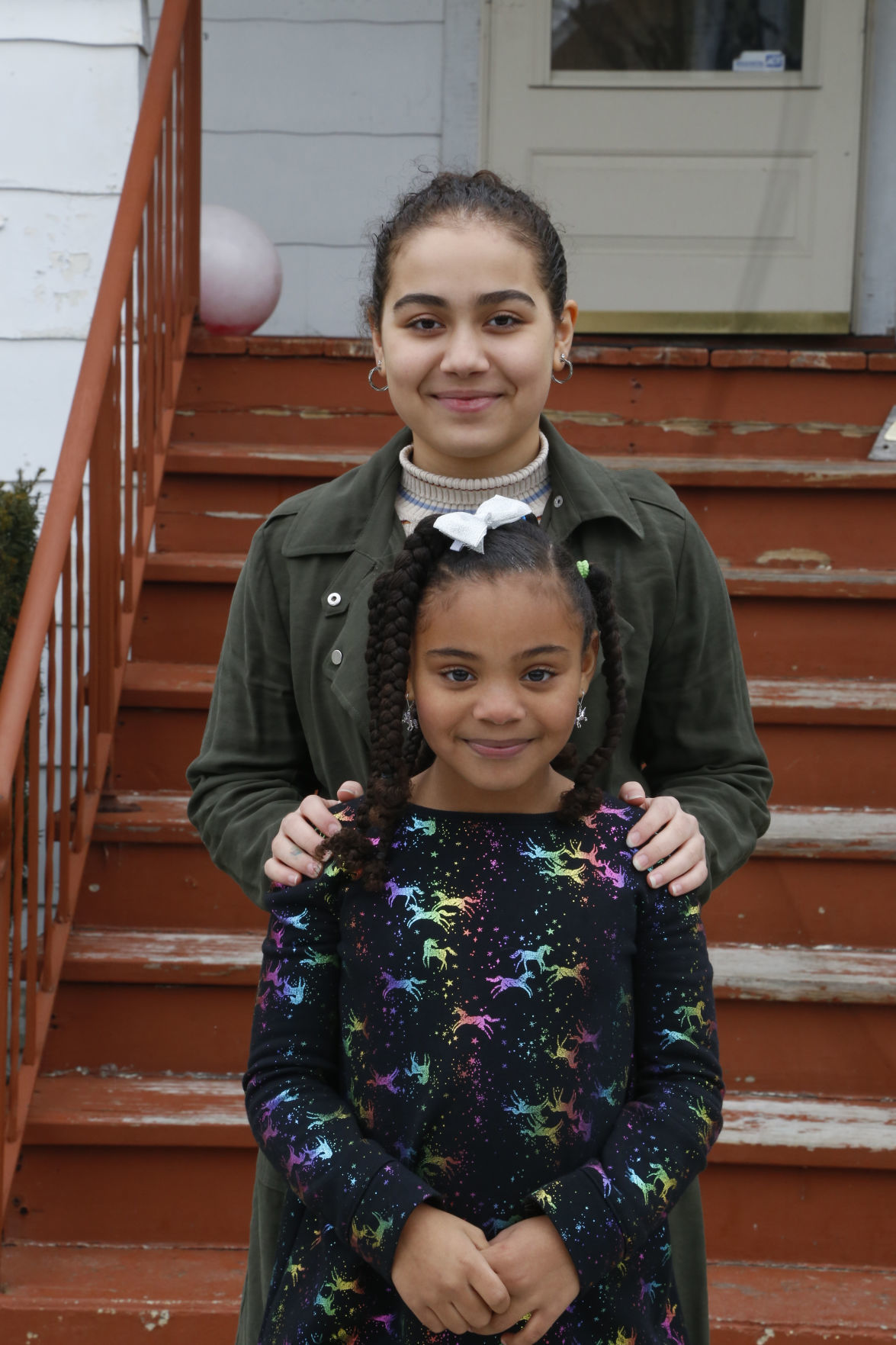