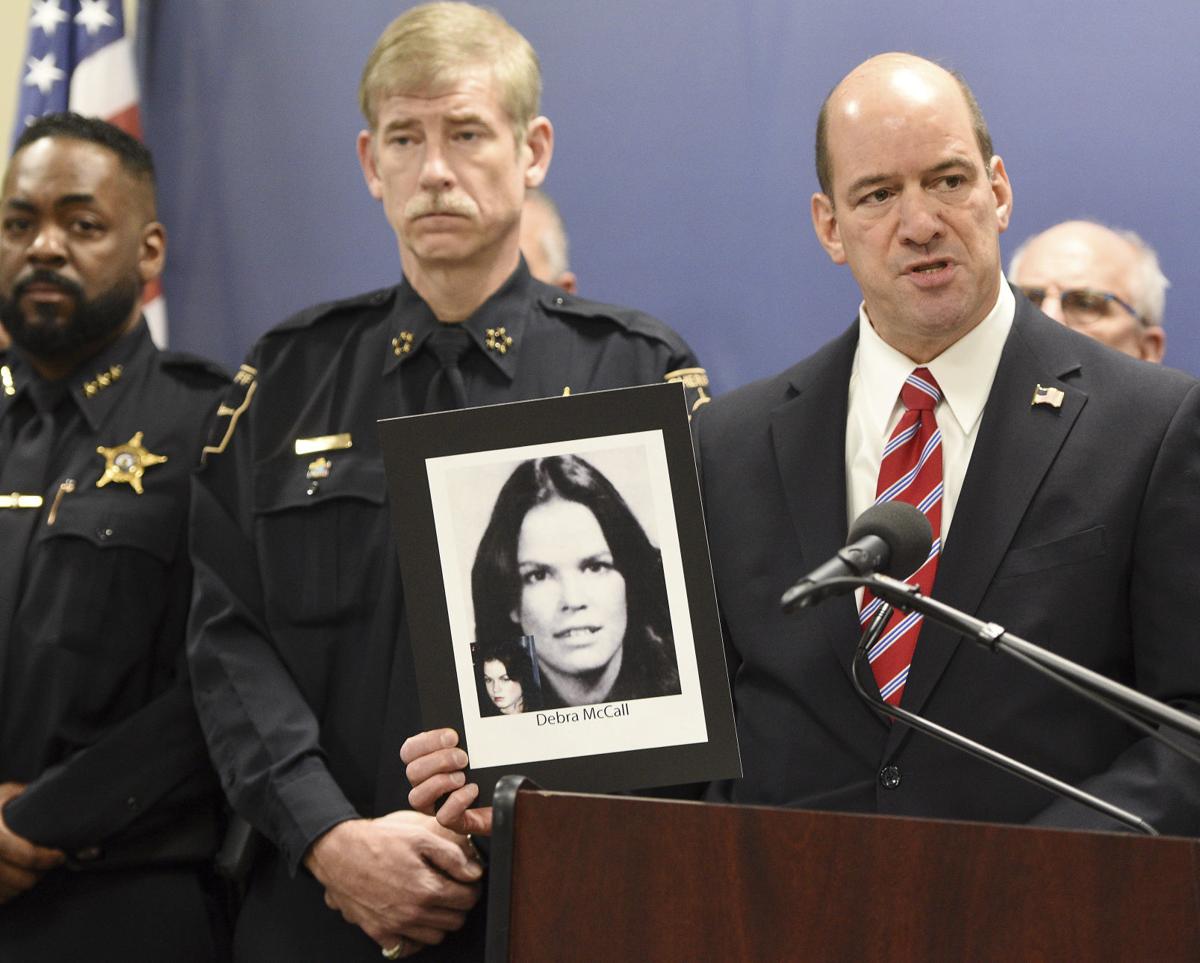 DuPage County state's attorney Robert Berlin holds up a photo of Debra McCall, a victim of an unsolved murder that they thought the suspect was Bruce Lindahl, as he spoke during a press conference in Wheaton, Ill., Monday, Jan. 13, 2020. 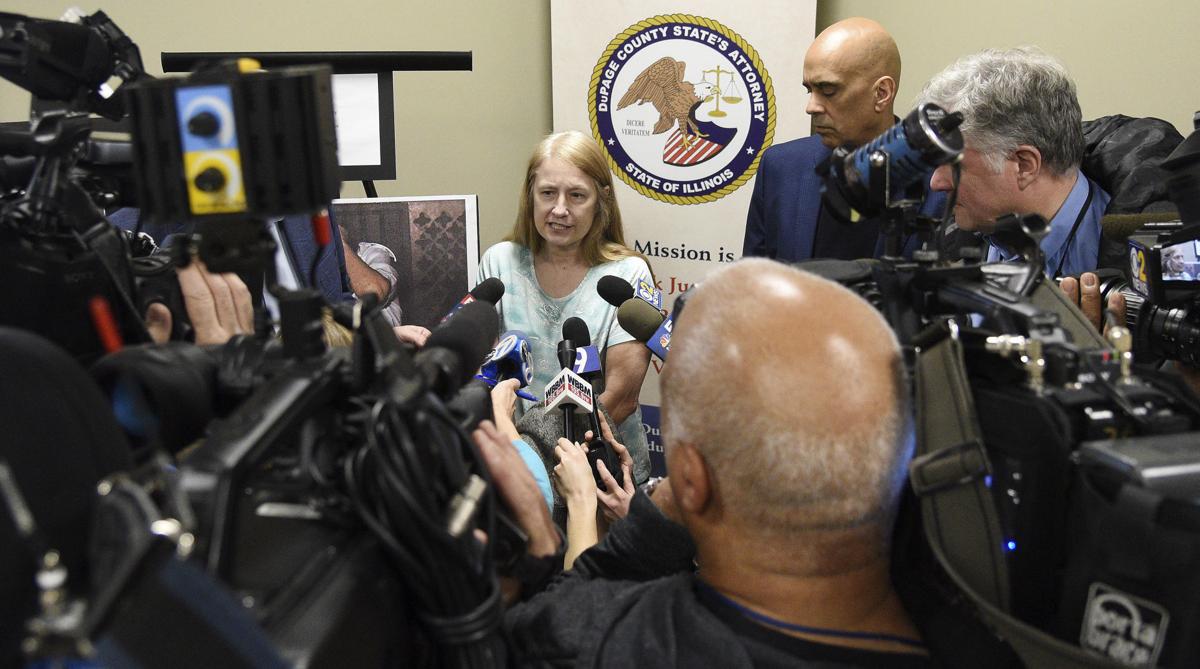 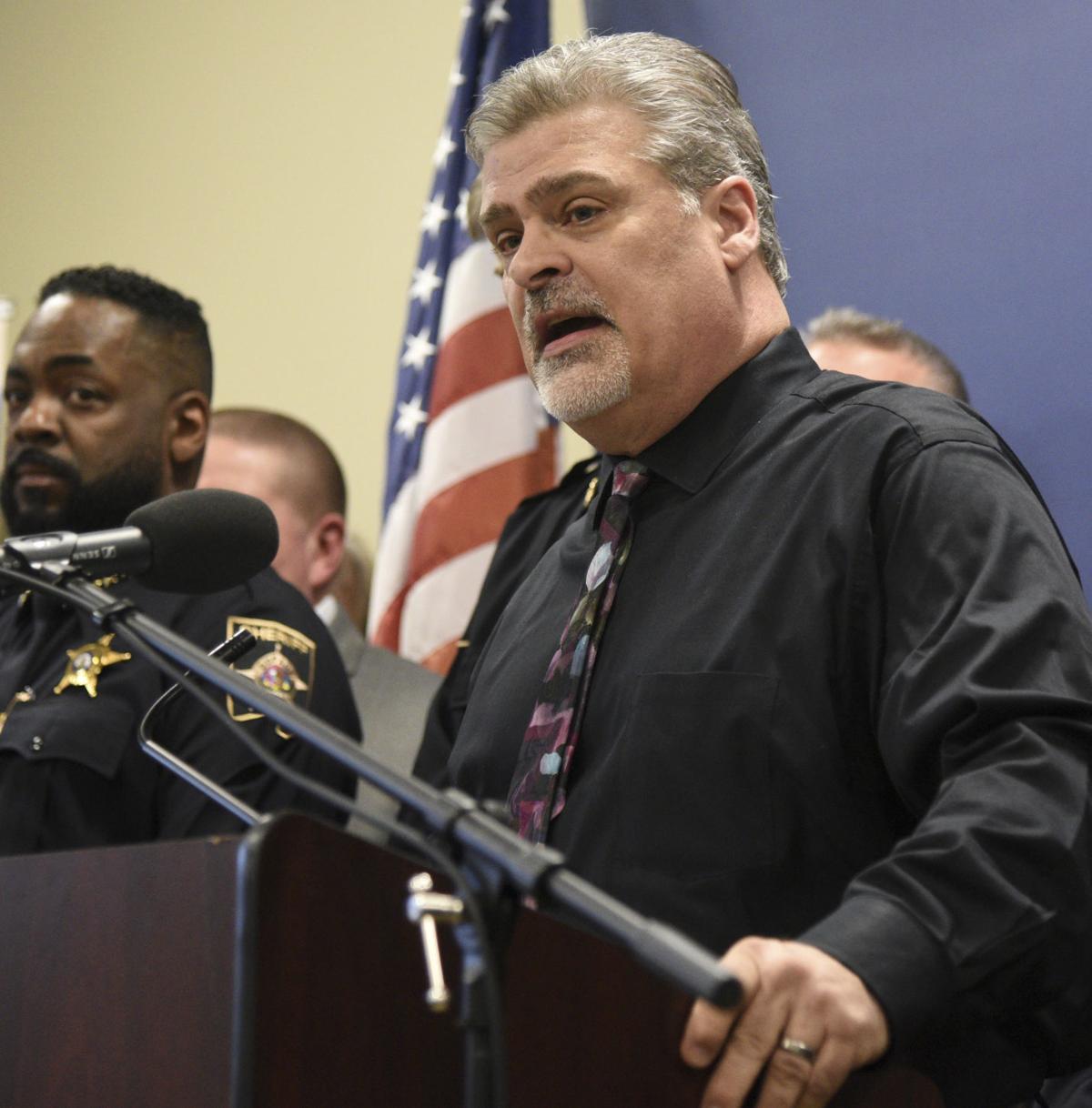 CHICAGO — The man who police suspect strangled a 16-year-old suburban Chicago girl in 1976 may have killed as many as a dozen young women and plotted to kill others before he died during a fatal knife attack on a teenage boy, a detective investigating the case said Tuesday.

“When we start digging to see common threads (in missing persons cases), there are nine that we’re aware of and that number could go up to 12,” Lisle Police Detective Chris Loudon said of his investigation into Bruce Lindahl, who has been linked by DNA evidence to the 1976 slaying of Pamela Maurer.

That total raises the chilling prospect that from the 1970s until his death in 1981, Lindahl may have been abducting, raping and killing women and girls without raising suspicions in various suburban police departments. Just as unnerving is the evidence that women who fled his grasp — by pure luck or their own actions — may have narrowly escaped death.

Loudon told of the time that police pulled over a car Lindahl was driving to discover an unconscious woman bleeding from a deep gash in her head.

“They said, ‘What are you doing?’ and he said he was taking her to the hospital,” Loudon said. “But he was going in the wrong direction.”

Rather than let him drive off, the police had an ambulance take the woman to the hospital, where an examination revealed she had been sexually assaulted.

The woman did not remember anything about what happened after Lindahl gave her a “sip of something” at a party, so no charges were ever filed in the case, Loudon said. But the detective said he’s confident Lindahl was driving to a remote spot to kill the woman and dump her body.

Lindahl was 29 when he died during a fatal knife attack on 18-year-old Charles Huber; he inadvertently severed a major artery in his own leg and bled to death. Loudon said the scene where their bodies were found suggested that Lindahl may have planned to also kill Huber's girlfriend who was sleeping a few feet away in another room.

“The cops back then thought, and I think it makes sense, that he was going to kill Huber and then kill the girlfriend and blame the deaths on each other,” he said.

The case of Debra Colliander suggests another close call for another woman. It was Colliander who reported that Lindahl abducted her from a suburban shopping mall, took her back to his apartment and raped her before she escaped. Days before she was to testify at Lindahl’s rape trial, she disappeared and her body wasn't found buried in a shallow grave until after Lindahl’s death.

It was only in trying to retrace Lindahl’s steps in the Maurer investigation that detectives found in a report that a woman had told police someone had tried to abduct her from the same mall on the same day Colliander vanished.

Then there were the stories from women who dated Lindahl. Some said he would hand them a knife and tell them to pretend to attack him so that he could show them self-defense. Loudon said he suspects those play fights were part of a ruse to kill the women and make it look like he was simply defending himself.

While he is hopeful that DNA evidence will link Lindahl to other crimes, Loudon acknowledges it is only in the case of Maurer that such evidence has been found.

But there are plenty of coincidences.

He said the body of a young women was found about a block from the spot where Maurer's body was found. And the day Lindahl is believed to have abducted Maurer, he tried but failed to convince another girl to get into his car in a neighboring community.

Investigators are running down new tips received since Monday's announcement, and are trying to identify several women whose photographs — many of them nude — were discovered in Lindahl’s apartment after his death. One of those photos appears to show Deborah McCall, a Downers Grove high school student who vanished in 1979 and whose body has never been found.

In some of the photographs, the young women look terrified. Others look like they are posing voluntarily, with not a hint of fear on their faces. But a story about Colliander is a reminder that those faces cannot be trusted.

Colliander described to police how Lindahl ordered her into a lewd pose while he took photographs.

“She said he was saying to her, ‘Why aren’t you looking like you are having fun?’” Loudon said.

A 39-year-old man found lying in the road had been shot six times and died a short time later, police said.

Autopsy didn't find cause of death of suburban Chicago woman

Sureel Dabawala had been reported missing on Jan. 1, after she failed to return home on Dec. 30. Her body was found Monday in her car, which was parked on a West Side Chicago street.

'Kids can't even get a haircut': 2 young brothers among 5 shot in Chicago barbershop, police say

Two young brothers were among five people shot and wounded when gunmen fired through the window of a Chicago barbershop, police said.

The governor says it will allow tens of thousands of motorists to have driving privileges reinstated. That means more people will be able to work

Suspected serial killer stayed under the radar, but how?

When a police detective said last week that a man suspected of strangling a suburban Chicago teen in 1976 may have killed as many as a dozen girls and young women, the question that screamed louder than all others was: How did nobody notice?

DuPage County state's attorney Robert Berlin holds up a photo of Debra McCall, a victim of an unsolved murder that they thought the suspect was Bruce Lindahl, as he spoke during a press conference in Wheaton, Ill., Monday, Jan. 13, 2020.