CDC issues new eviction ban for most of US through Oct. 3

WATCH NOW: Crown Point Toys and Collectibles a treasure trove of nostalgia
Share this
1 of 7 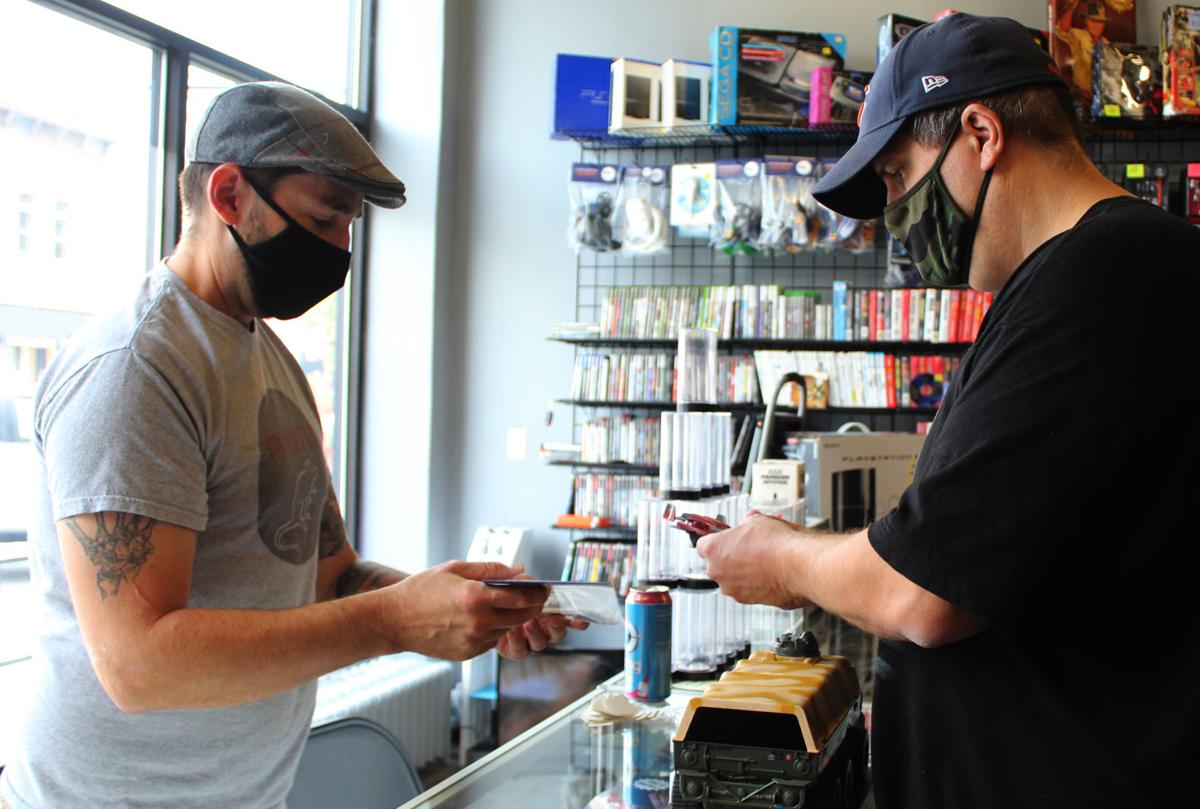 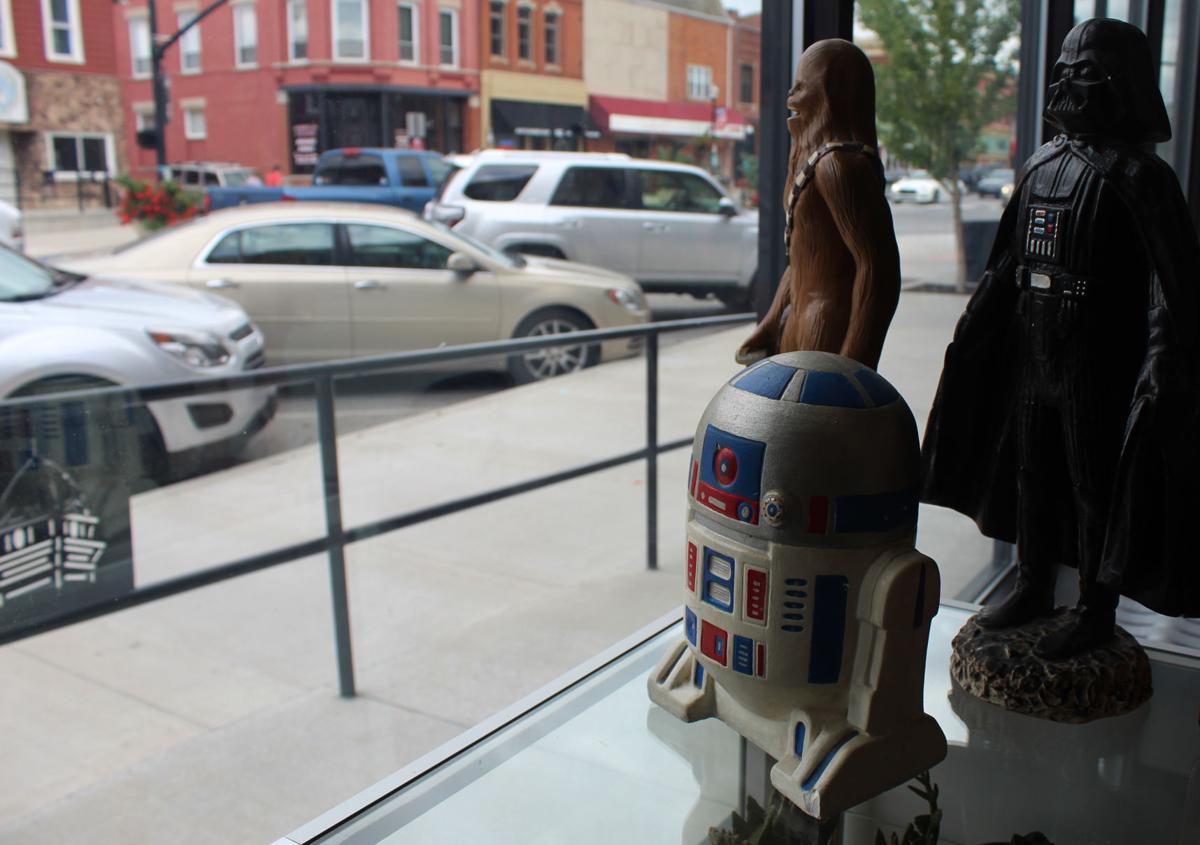 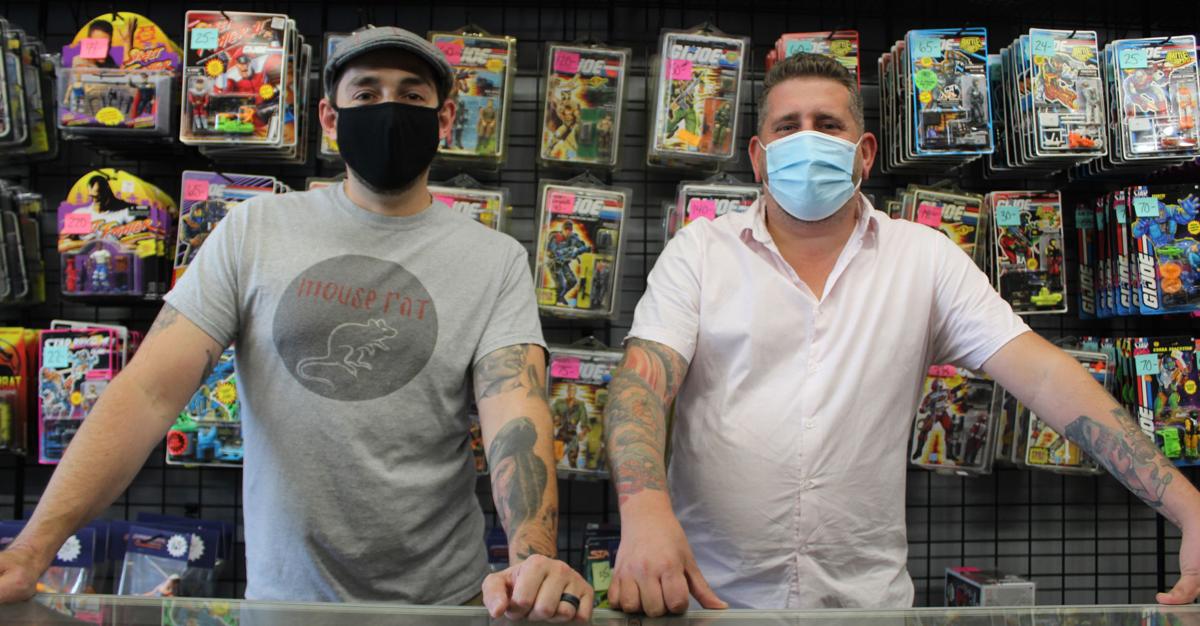 Tom Waddell, left, and John O'Block, right, co-owners of Crown Point Toys & Collectibles, stand in their toy store on Sept. 3. The pair have talked about opening the store for years and made that dream a reality in recent weeks. 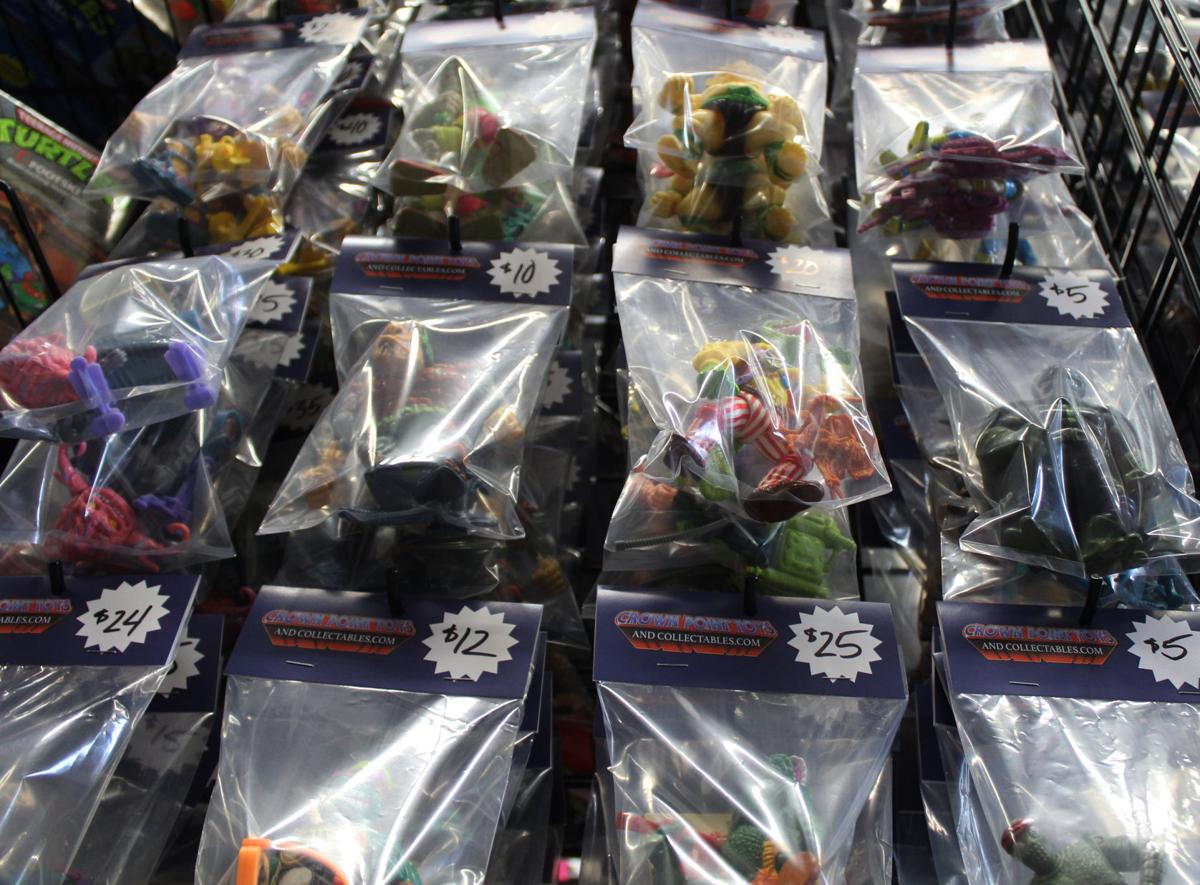 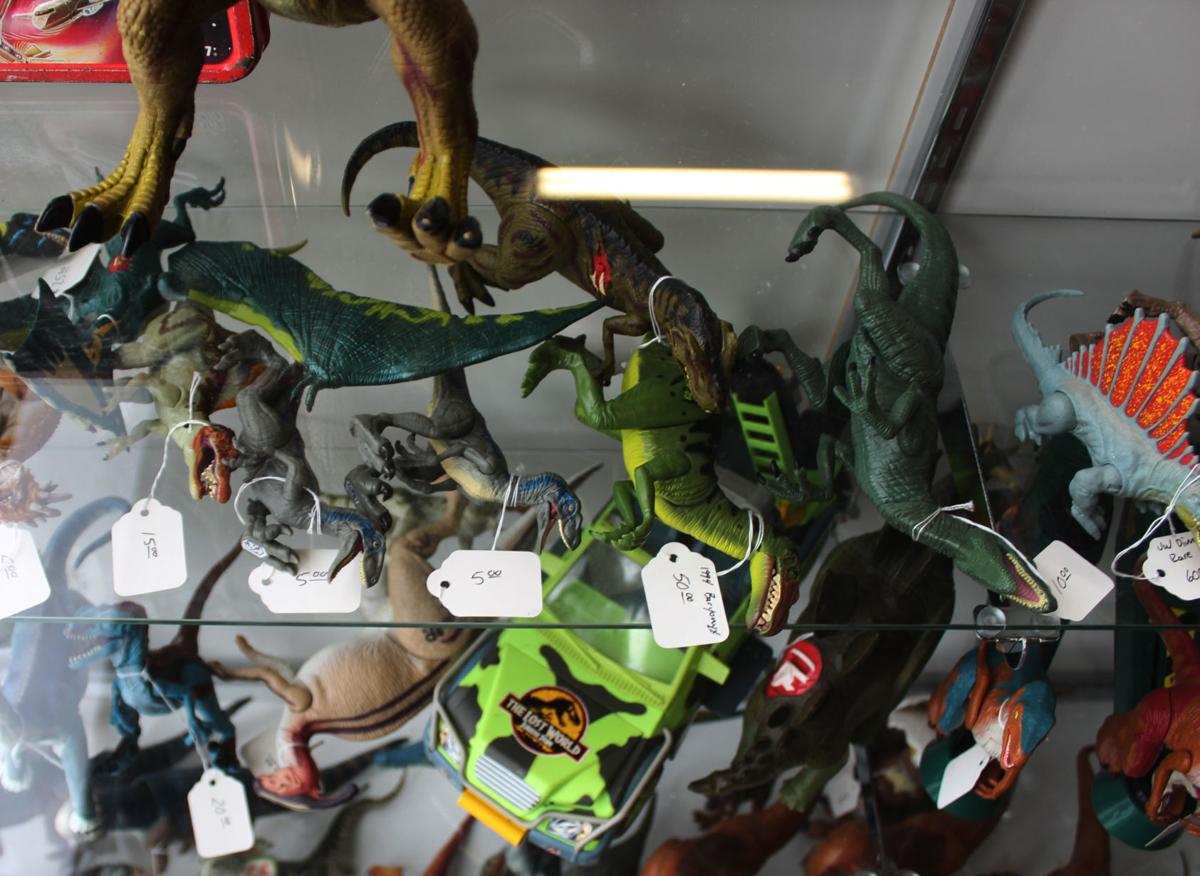 Dinosaurs lay next to one another in a display case at Crown Point Toys & Collectibles in downtown Crown Point. 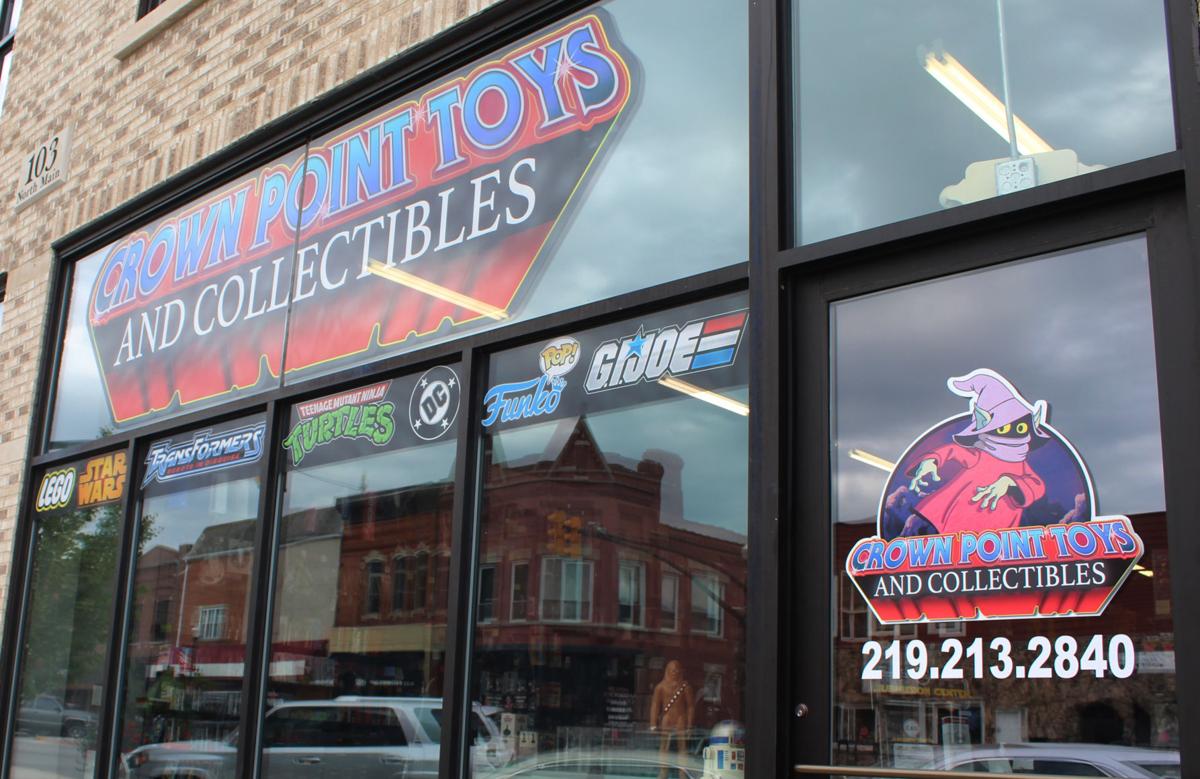 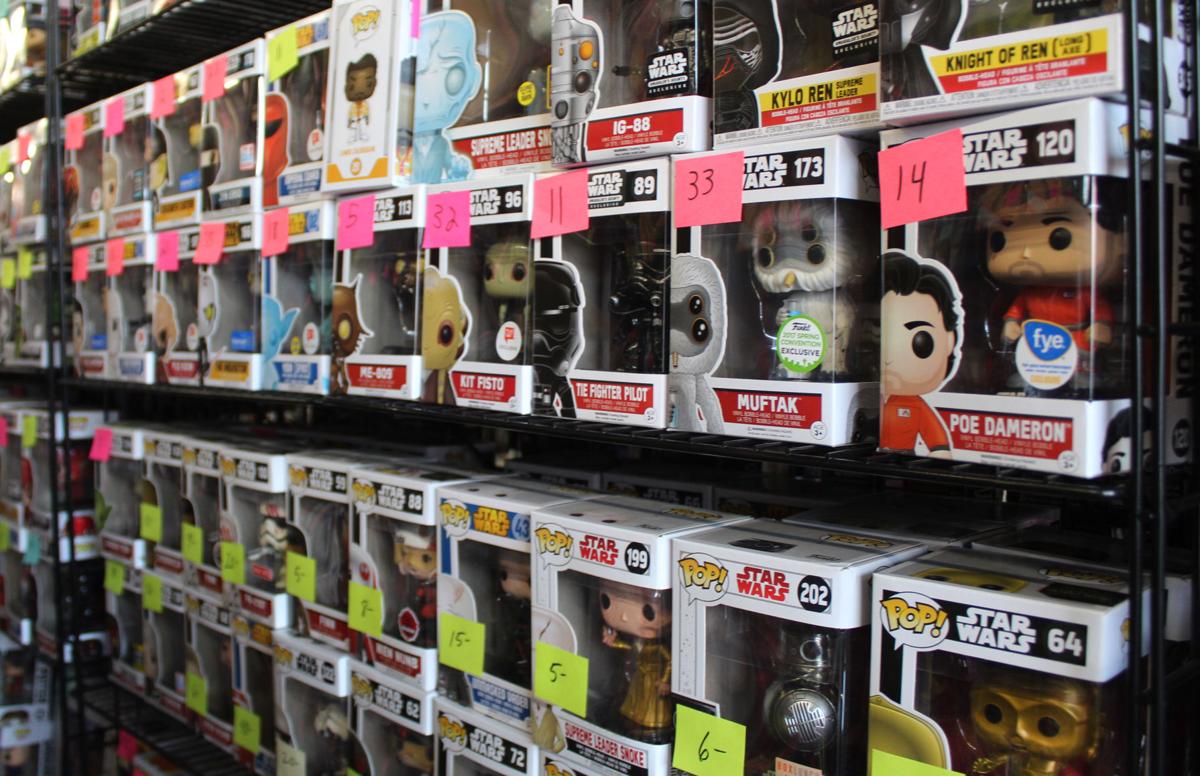 CROWN POINT — Nestled on the square between a sporting goods store and hair salon lies a years-in-the-making dream.

For years, John O'Block and Tom Waddell joked about opening a toy and collectibles store, but the opportunity never presented itself.

About six months ago, however, plans for the long-awaited shop began to come together.

The store, which has a focus on 1980s vintage finds, is a dream realized for O'Block and Waddell, both of whom are long-time collectors.

"We've both been collectors for a long time and just been putting stuff together; buying a lot over the years," O'Block said. "Before this, we did toy shows, and we do internet sales. But then he got laid off, and I've always wanted to do this, and we just kind of decided to pull the trigger and go for it."

"(We) joked about it for years. The opportunity finally lined up, and we decided to do it," Waddell chimed in while helping a customer.

Toys brought the co-owners together, said O'Block, who also owns Tavern on Main and Surefire Tattoos on the square.

"I actually sold him (Waddell) some toys probably about 10-12 years ago, and then got him into collecting ... and then just evolved from there," O'Block said.

Collecting toys has been a life-long hobby for O'Block.

"I've just been a collector for a long time. Since I was little. I even took good care of my toys when I was little and collected them, and it just kind of grew, evolved," O'Block said, adding he got out of the pastime for a while in high school.

Standing behind one of the counters in the toy-filled store, O'Block said opening the business still felt unbelievable.

"I just didn't ever think this was gonna come to fruition," he said. "It's just cool. A lot of people that we know from toy shows and toy collecting have come through and not even known it was us. It's a lot of fun. We're having a good time — it's not like work at all."

"I've always collected my whole life, though, ever since I was a little kid; always playing with these kind of things and collecting," Waddell said.

During the store's grand opening last week, neither O'Block nor Waddell had a moment alone in the shop.

"I mean like we couldn't ask for anything more. This is (the) turnout we wanted," Waddell said. "We like when people come in here and are impressed by what they see, that's what we were hoping for. We didn't want just a low-quality shop. We wanted to keep it high end and nice and neat new and impressive."

Crown Point Toys & Collectibles is open from 11 a.m. to 6 p.m. Wednesday through Sunday. For more information on buying or selling toys, visit the shop's Facebook page @crownpointtoysandcollectables or call 219-213-2840.

Various fast food restaurants, including Sonic, are interested in calling Crown Point home — if a local developer can secure land from the state to make it happen.

Drizzle Eatery, which will be located at 229 S. East St., was given one of the city’s historic beverage licenses after receiving praise from both the Historic Preservation Commission and City Council.

The wait is over! Crown Point Ricochet Tacos reveals this week's opening date

The long-awaited arrival of Ricochet Tacos is nearly over, as the gourmet taco eatery at 115 W. Joliet St. is set to open Wednesday, said co-owner Jeff Stykowski.

Tom Waddell, left, and John O'Block, right, co-owners of Crown Point Toys & Collectibles, stand in their toy store on Sept. 3. The pair have talked about opening the store for years and made that dream a reality in recent weeks.

Dinosaurs lay next to one another in a display case at Crown Point Toys & Collectibles in downtown Crown Point.