GARY — Wanda Jordan, intensive care unit manager at Methodist Hospitals Northlake Campus, thought she had seen it all during her 41-year nursing career.

And then the pandemic hit, showing her new tragic heights she never thought she’d experience in the ICU.

An elderly woman drove to Northwest Indiana to attend a funeral — “a melting pot for COVID to erupt,” Jordan said — and ended up on her death bed in an unfamiliar city.

Wanda Jordan, ICU director at Methodist Hospitals Northlake Campus, has been on the forefront of the pandemic. She has fought the virus both a…

A young hospital employee also ended up contracting the virus, and was cared for by her co-workers before being transferred to another hospital when her prognosis turned dire.

She died not long after that, Jordan said.

“It was devastating for (the staff),” Jordan said.

But through tragedy, Jordan said she’s also been faced with unprecedented joy — from reading handwritten artwork and thank you cards from children in the community or watching severely ill COVID-19 patients return from the brink of death.

A thank you card to the ICU nurses is seen at Methodist Hospitals Northlake Campus. Wanda Jordan, intensive care unit manager at the Gary hosp…

“The cards, they invigorate you to do better and to keep going,” Jordan said.

Jordan, who has been ICU manager for Methodist Hospitals Northlake for only a year, said she has watched ICU staff members persevere each day, no matter how exhausted they are.

“I feel like nurses are the footprints in the sand because we pick the patients up and carry them to the next phase. I mean, they either get better or succumb to the disease,” Jordan said. “Everybody doesn’t die. There’s a lot of patients that have gone home and gotten better.”

“She’s very much hands-on, and she likes to roll up her sleeves and work collaboratively with her staff,” Hoyer-Lareau said. “She’s a critical thinker.”

Despite the painful year that was 2020, Hoyer-Lareau said Jordan and the medical team at Northlake learned so much about the virus during the first case surge in spring 2020 that they felt more prepared them for the next, more significant surge this late fall and winter.

Even though cases are down considerably compared to a few short months ago, Jordan said she asks her ICU staff to stay vigilant. Staff must monitor their own temperatures and keep track of it in a daily log and wearing all the proper PPE.

“It’s been all hands on deck,” she said, noting the Gary hospital opened up a second ICU for COVID-19, and at the height of the surges last year, brought in staff from other areas of the hospital to assist with patient care.

Jordan said she has always taken the disease seriously — even before she was diagnosed in early December rafter a sudden onset of abdominal distress and extreme fatigue.

“I hadn’t called off work in years. I had to come in and be tested for the virus. I started noticing I would be tired anything I tried to do something. I had body aches, headaches,” Jordan said.

When she returned after two weeks, she found herself extremely short of breath, even when trying to hold a minor conversation.

“I had never been that short of breath before. I would say maybe one or two words and have a hard time breathing. I had to hold the side railings walking up the hall. I was just so short of breath,” Jordan said.

She said she ended up in hospital’s emergency room that day, with everyone worried she was suffering from a serious blood clot. Jordan said she was lucky she didn’t have a clot, but she wound up staying home another two weeks.

She returned to work Jan. 4, ready to roll up her sleeves.

Jordan, who is black, said she remains concerned about national statistics and studies pointing to the fact African-Americans are less likely to get vaccinated due to distrust in medical doctors and general racial disparities.

“Especially black men. I think a lot of people are afraid to come to the hospital because of what they heard about patients who are hospitalized with COVID,” Jordan said.

Jordan said she is optimistic about 2021, now that medical doctors understand COVID-19 treatments — what works and what doesn’t.

She is also optimistic because the nation’s rollout of vaccinations to vulnerable populations is ramping up and eventually will expand to the general population.

Anyone who is eligible for a vaccine should do so, Jordan said. It could mean the difference between lives saved and more lives lost. 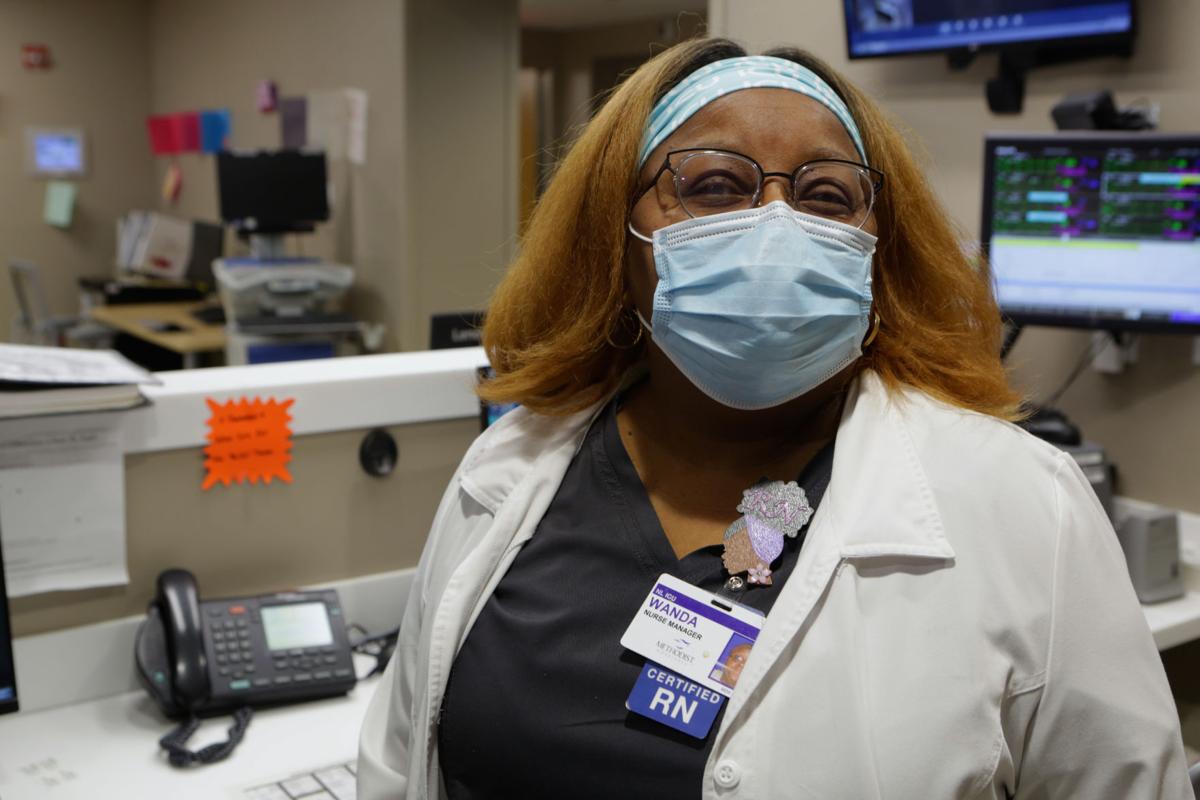 Wanda Jordan, ICU director at Methodist Hospitals Northlake Campus, has been on the forefront of the pandemic. She has fought the virus both as a caretaker and a patient. 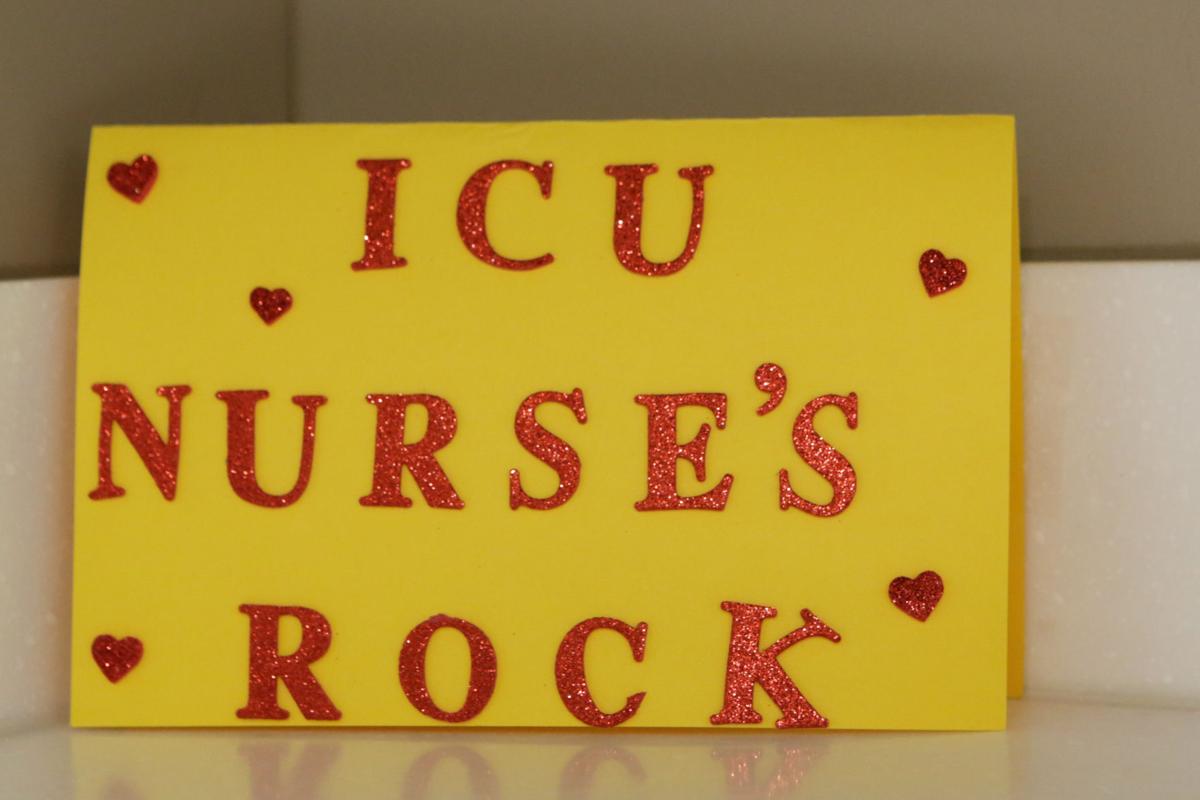 A thank you card to the ICU nurses is seen at Methodist Hospitals Northlake Campus. Wanda Jordan, intensive care unit manager at the Gary hospital, said she’s been faced with unprecedented joy during the pandemic — from reading handwritten artwork and thank you cards from children in the community or watching severely ill COVID-19 patients return from the brink of death. 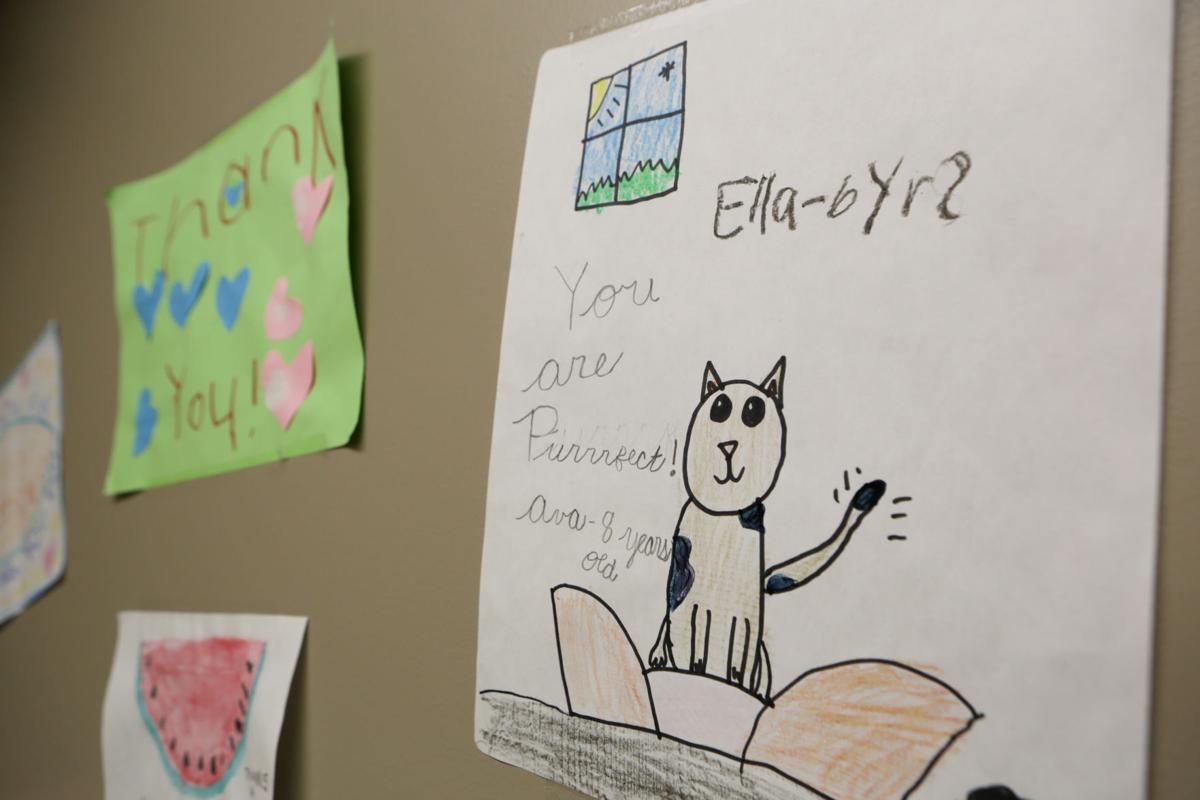 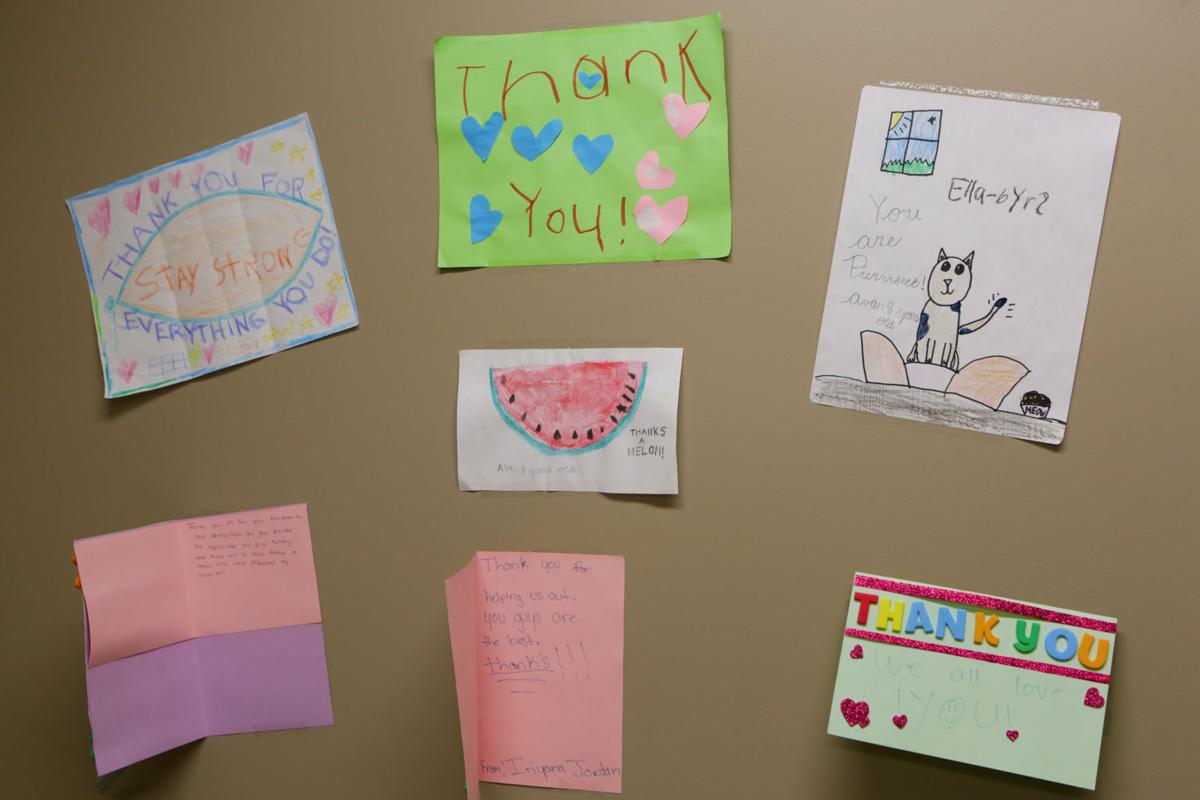