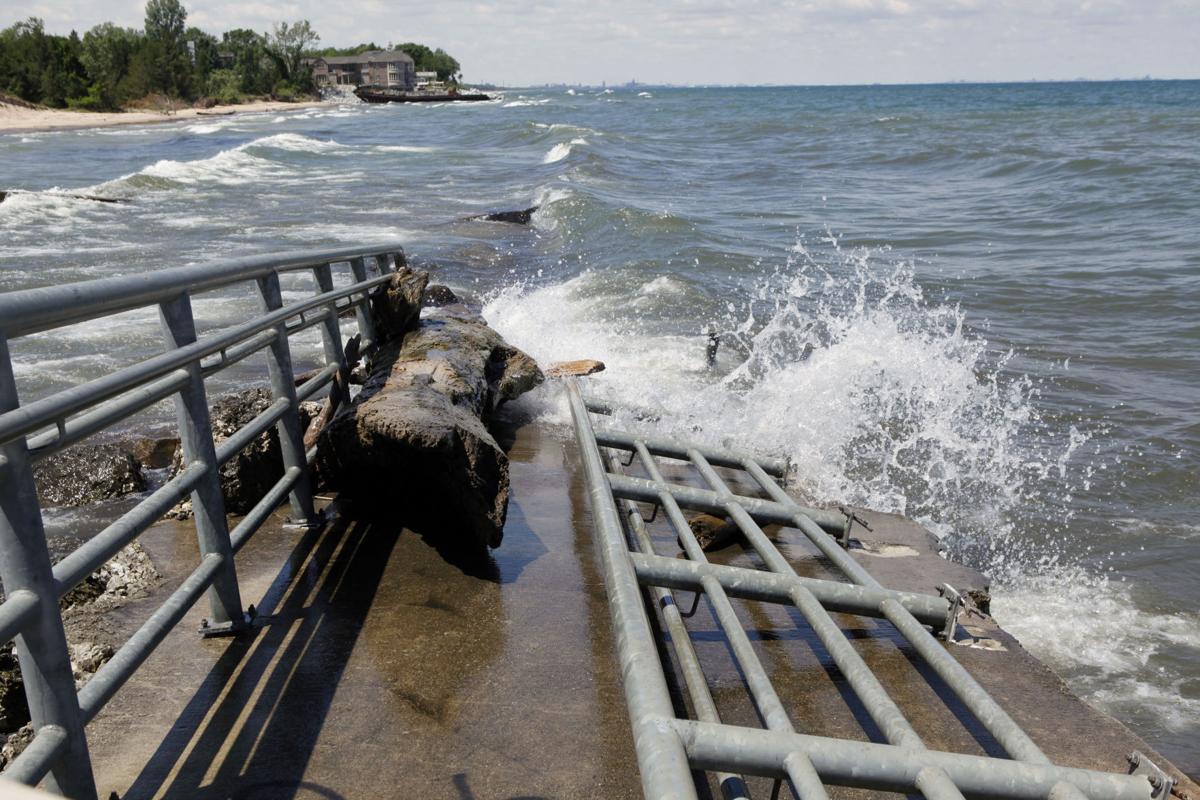 Waves splash near the Portage Riverwalk and Lakefront on June 23. 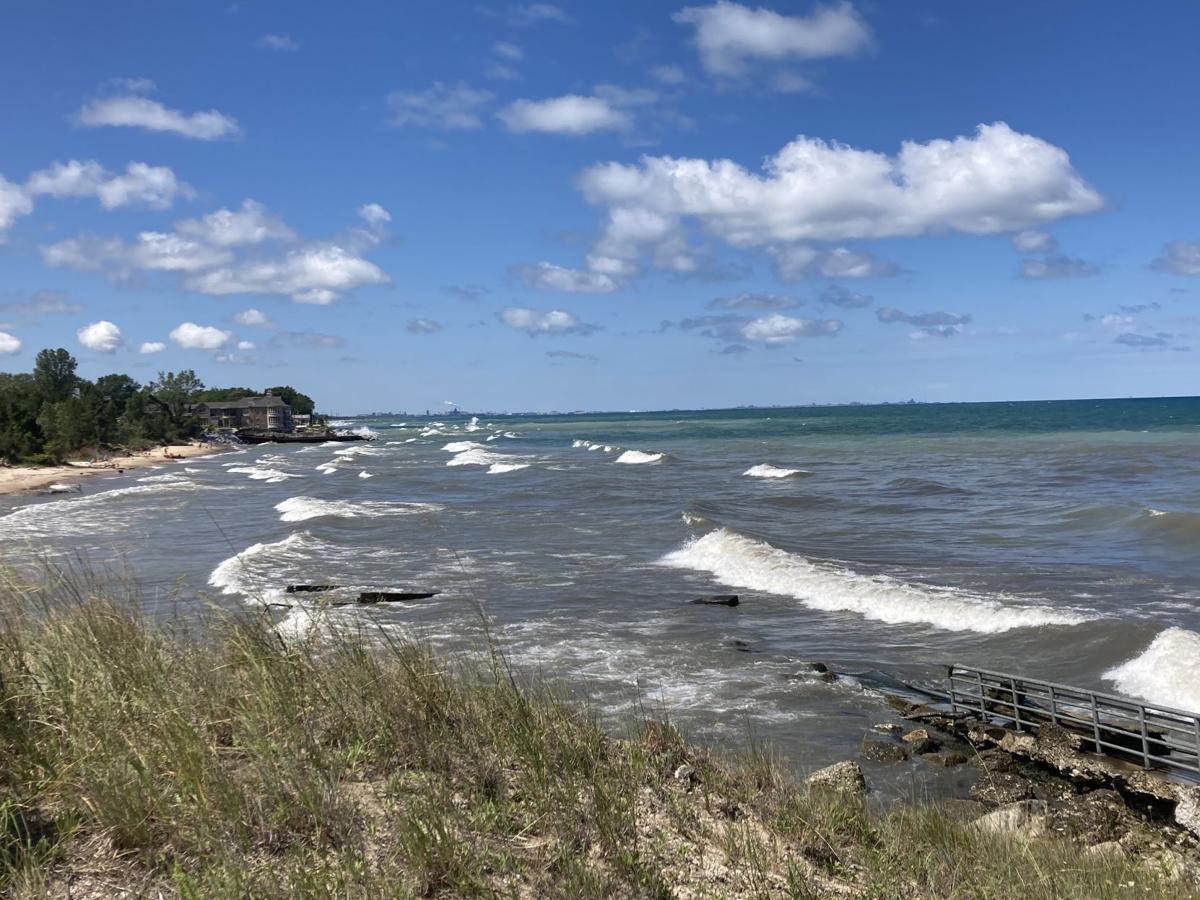 PORTAGE — A male teen remains missing after being pulled under the water Sunday by large waves and rip currents at Portage Riverwalk and Lakefront.

Terri Millefoglie, an officer with the Indiana Department of Natural Resources Law Enforcement Division, said a group of five male teens from Illinois were swimming at the lakefront around 11 a.m. Sunday when the waves pulled them under.

One of the teens, who is about 16, remained missing Sunday evening, Millefoglie said.

Four others also were involved with the incident at the lakefront. Two involved rescued themselves and two were hospitalized after a Good Samaritan on a jet ski stepped in to help, Millefoglie said.

One of the teens has since been released from the hospital, while a male from the group remains in critical condition, she said.

Officers also responded to a drowning at Porter Beach that sent a man to a hospital, where he remains in critical condition.

She added: "It's just been extremely dangerous today."

On Sunday afternoon, the National Weather Service issued a beach hazards statement for shores along Lake and Porter counties.

According to the Great Lakes Surf Rescue Project, there have been 32 drownings, along with one unknown condition, at Lake Michigan since Jan. 1. Statistics were last updated Friday.

Two adults and a child died after a vehicle went down a boat ramp and into the water at a southern Indiana lake, police said.

Witnesses told police a fight broke out inside of Flo's Kenwood Tap, and a person later began shooting at the ceiling.

Dangerous swimming conditions were expected to last through Tuesday evening in Northwest Indiana and the Chicago area, the National Weather Service said.

Police found nearly two pounds of suspected methamphetamine in a vehicle driven by a Calumet City man during a traffic stop, officials said.

UPDATE: Good Samaritan tells of saving 2 teens in high waves; fire chief says crews did 'all they could' during rescue

The bystander said more could have been done to help the group of teens, but Portage's fire chief said crews did all they could in the unsafe water conditions, which made entry "almost impossible."

"Why does someone have to die before the water is cleared of swimmers?" asked Great Lakes Surf Rescue Project Executive Director Dave Benjamin.

Yousef Saleh, 18, of Bridgeview, Illinois, was one in a group of five swimmers who encountered high waves and dangerous swimming conditions on Aug. 16.

You can now live in this Christmas-crammed mansion in NJ

You can now live in this Christmas-crammed mansion in NJ

Waves splash near the Portage Riverwalk and Lakefront on June 23.