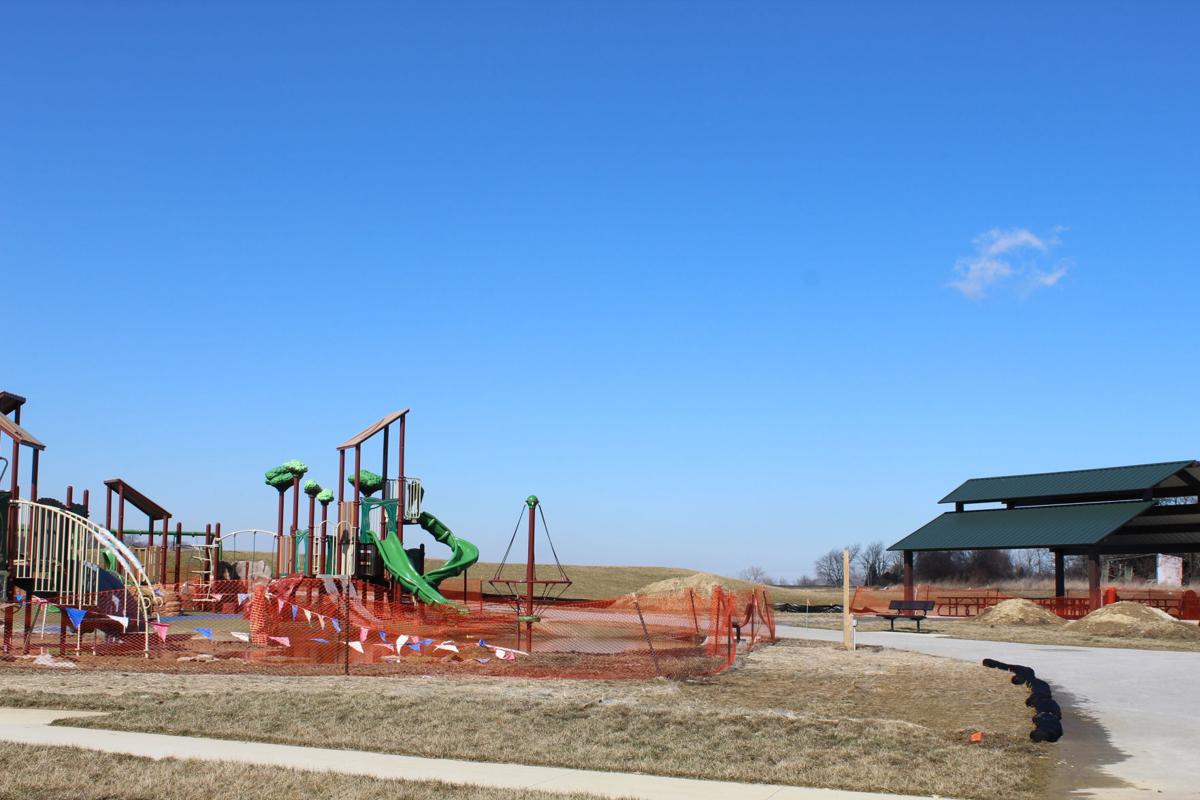 Randolph Street Park is a 9-acre community park within the Stonegate subdivision. A pavilion was recently installed at the park. 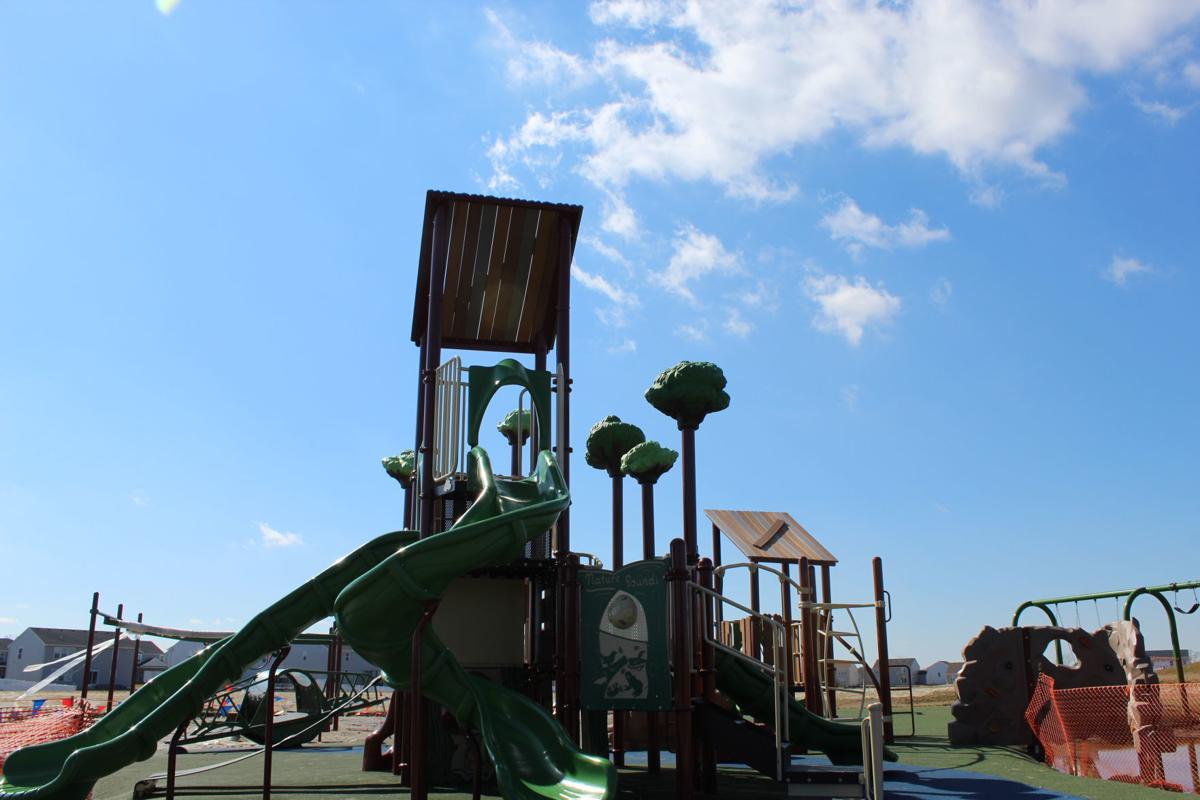 The Randolph Street Park, which opened in 2018, is in the Stonegate subdivision, south of 117th Avenue.

WINFIELD — Like many municipalities in the Region, Winfield hasn't been a stranger to growth over the past few years.

Houses now stand where farmland used to be, businesses are moving in and infrastructure improvements are being made.

Over the next 20 years, the town is looking to strengthen its commercial district and provide residents with a good quality of life, said Town Council President Gerald Stiener.

The first step, however, is addressing road and infrastructure improvements.

"We've spent a lot of effort and money fixing our sewer infrastructure. We're working on 109th Avenue. Obviously, it is a large problem. We think we've got some pretty creative solutions coming up very shortly that will at least help — it's not a final cure."

Stiener said one of the steps the town is taking to help with road conditions is requiring developers to put curbing, storm sewers and other improvements in, instead of acquiring land for a right of way.

"You'll see that in the first subdivision I think that's come in recently is Latitude off of 117th, and you'll see that they were making major improvements to public roads for us," Stiener said.

The town is currently working to acquire right of ways at "trouble spots" at intersections.

"Hopefully this spring/summer, we'll be making improvements to those intersections. Passing blisters ... dedicated turn lanes and things so traffic can keep flowing instead of one person turning left and then the whole road stops. This way, traffic will continue to flow," he said.

Those improvements are dire to the area, Stiener said, because Winfield is going to keep growing. However, the town's wallet is too tight to allow for immediate, large-scale solutions.

"Because our budget is so small, we need to generate tax revenues, and the only way to do that is to grow. So to do the improvements on 109th Avenue, we have to grow, but to grow, we cause more problems on 109th Avenue," Stiener said.

"It's very much the chicken and the egg thing. How do you balance that? We're kind of stuck. ... Unfortunately, I think the problem is going to get worse before it gets better."

As the town continues to grow, Stiener said quality of life remains at the forefront.

When he joined the council eight years ago, overseeing the Randolph Street Park was a priority for himself and other council members, Stiener said. Now, the 9-acre community park features new playground equipment and a pavilion.

"I think the park is awesome. It gets used a lot, we have festivals there. It kind of helped create that sense of community," he said.

As developers continue to come in, Stiener said there will be opportunities for substantial, larger parks that allow for more activities.

Connectivity also has been a key in Winfield, he added.

"As we do improvements and developers come in on 109th Avenue, or any of our major roads, we require them to put sidewalks in," Stiener said. "If you look at some areas now, especially the commercial area, you'll see like in front of Taco Bell, you'll see a little bit of sidewalk. It doesn't go anywhere, but eventually it will."

Having those sidewalks put in now, even if they don't go anywhere, sets the town up for future connectivity without coming at a cost to taxpayers.

The second phase is expected to pick up at Jerry Ross Elementary and extend to the Randolph Street Park in the Stonegate subdivision. The sidewalks will be funded through a Northwestern Indiana Regional Planning Commission (NIRPC) grant, and the town is expecting 2022 construction, Bellar said.

Over the next 20 years, the council is aiming for Winfield to establish its own identity, Bellar said, adding it's "interesting" to think of the next 20 years when the town is only 25 years old.

"What is Winfield going to be known for in 25 years its really hard to tell," Bellar said.

However, Bellar said town staff and council members want residents to feel proud to say they live in Winfield.

Both Stiener and Bellar said they would like to see opportunities to get a nice dinner and drinks within the town.

"We don't have any visions of us being the Oak Brook, Illinois, real high end, that's not going to happen, but we do want it to be nice," Stiener said.

To create a nice, upscale feel, Stiener said the town is looking to change the aesthetics of subdivisions by amending its building codes. He expects changes to roll out within a few months.

"Making sure they've got masonry on it. They have broken up roof lines, just so they look nice," he said. "We don't want cracker boxes."

"What you see when you drive through Winfield, those are the kind of things that make a difference."

The Town Council’s smoking ban is now law, but one resident questions the council’s authority over businesses.

The Winfield Town Council agreed to give the Lakes of the Four Seasons Fire Department a little extra funding for the coming year and will help with the department's ambulance.

The town is looking to ban smoking cold turkey and is encouraging other Region municipalities to do the same.

WINFIELD — There is renewed hope for the return of a postal substation in town, a township official said.

WINFIELD — The Town Council has awarded contracts for work to begin on two of the town’s biggest projects.

WINFIELD — A new upscale subdivision is coming to town — the first in more than 10 years.

The Town Council has adopted its Local Disaster Emergency Declaration dictating the actions the town is taking in light of the coronavirus pandemic.

The Town Council has halted, temporarily at least, any expansion plans by the Crown Point Christian Village senior care development.

Randolph Street Park is a 9-acre community park within the Stonegate subdivision. A pavilion was recently installed at the park.

The Randolph Street Park, which opened in 2018, is in the Stonegate subdivision, south of 117th Avenue.