A tiny message hidden in Edvard Munch's famous painting "The Scream" was written by the artist himself, a new investigation of the work has found, finally resolving one of modern art's most enduring mysteries.

The message "Can only have been painted by a madman," scrawled and barely visible in the top left-hand corner of the painting, has been the subject of debate for decades and was widely believed to have been an act of vandalism by a viewer of the piece.

But extensive research by the National Museum of Norway has revealed that Munch wrote the phrase himself.

The Expressionist masterpiece is one of the most celebrated works of modern times, heralded as a timeless depiction of human anxiety. The subject's anguished face has become so familiar that it was recently given its own emoji.

Curators used infrared technology to analyze the message, which was added on top of the finished painting, comparing it with Munch's notes and letters and studying events around the time of the work's first public showing.

"The writing is without a doubt Munch's own," Mai Britt Guleng, the museum's curator, concluded. "The handwriting itself, as well as events that happened in 1895, when Munch showed the painting in Norway for the first time, all point in the same direction."

The work has been undergoing extensive conservation at the museum ahead of a public showing. It has rarely been exhibited since it was briefly stolen in 2004, and damage to the piece has become more apparent in recent years.

After its first public unveiling, some critics dismissed the unnerving painting, and there was frenzied discussion about Munch's mental state, lending credence to the idea that an outraged third party scribbled a damning review onto the work itself.

But curators said that reaction is probably what caused Munch to make the addition, with the artist upset about the critical response to the painting when he showed it in his hometown of Kristiania (now Oslo) for the first time.

"At a discussion night at the Students Association, where Munch is believed to have been present, the young medical student Johan Scharffenberg questioned Munch's mental health claiming that his paintings proved he was not of sound mind," the museum said. "It is likely that Munch added the inscription in 1895, or shortly after in response to the judgment on his work."

Curators added that Munch was hurt by the accusation and referred to it again in his own diary entries.

"The Scream" is understood to have been inspired by a walk Munch took through the city while in a state of mental and physical unease.

A pastel version of the painting fetched nearly $120 million from an anonymous buyer at a Sotheby's auction in New York in 2012 — at that time a world record for a work of art sold at auction.

Prince Philip was laid to rest Saturday in a funeral that honored his lifetime of service to the country. Hs wife, Queen Elizabeth II, sat alone.

Chadian President Idriss Deby Itno, who ruled the central African nation for more than three decades, was killed Tuesday on the battlefield in a fight against rebels.

For the second time this week, the cryptocurrency Dogecoin has hit a milestone. And this time around, it may be thanks to Tesla CEO Elon Musk.

Suspected poacher trampled to death by elephants in South Africa

A suspected poacher was trampled to death by a herd of elephants in South Africa's Kruger National Park on Saturday.

COLOMBO, Sri Lanka (AP) — Kate Schneider from Ireland has been named the new Mrs. World after the reigning titleholder resigned following an on-stage fracas in which she pulled the crown off the head of the winner of the Mrs. Sri Lanka beauty pageant, organizers said.

The global death toll from the coronavirus topped a staggering 3 million people Saturday amid repeated setbacks in the global vaccination campaign.

Prince Philip's funeral: When to watch, what to expect and how the queen will say goodbye

Here's everything you need to know about Prince Philip's funeral, taking place Saturday at Windsor Castle — when to watch, what to expect, how the queen will say goodbye.

Britain and the world are saying farewell to Prince Philip on Saturday. Watch a live stream of the Duke of Edinburgh's funeral service here.

Queen Elizabeth II turns 95 today. Five things you may not know, plus images from her life.

Queen Elizabeth II is marking her 95th birthday in a low-key fashion at Windsor Castle. Here are 5 things you may not know, plus a gallery of images from her childhood until today.

AP PHOTOS: Reflections on a royal funeral amid a pandemic

WINDSOR, England (AP) — As military bands played and a procession of royals escorted his coffin to the church, Prince Philip was laid to rest Saturday in a funeral ceremony that honored his lifetime of service to the U.K., the crown and his wife of 73 years, Queen Elizabeth II. 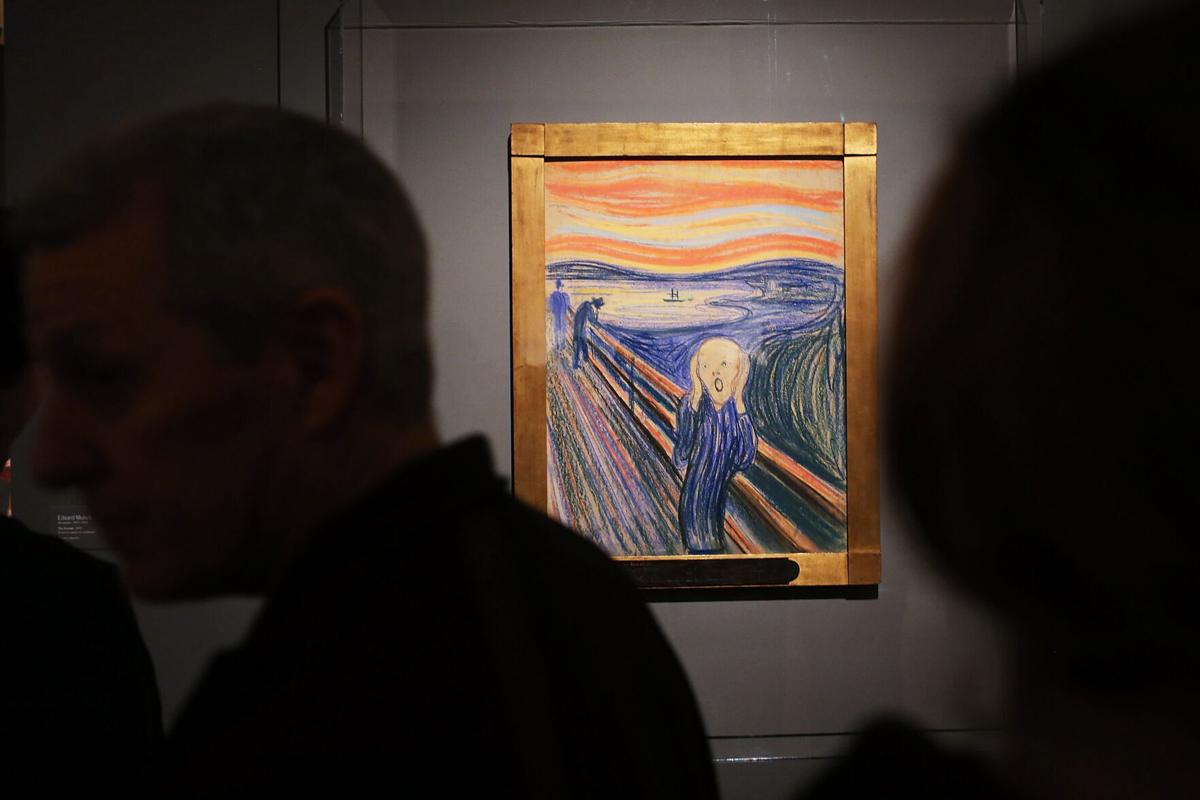 A tiny message hidden in Edvard Munch's famous painting "The Scream" was written by the artist himself, a new investigation of the work has found. The message "Can only have been painted by a madman," scrawled and barely visible in the top left-hand corner of the painting, has been the subject of debate for decades. 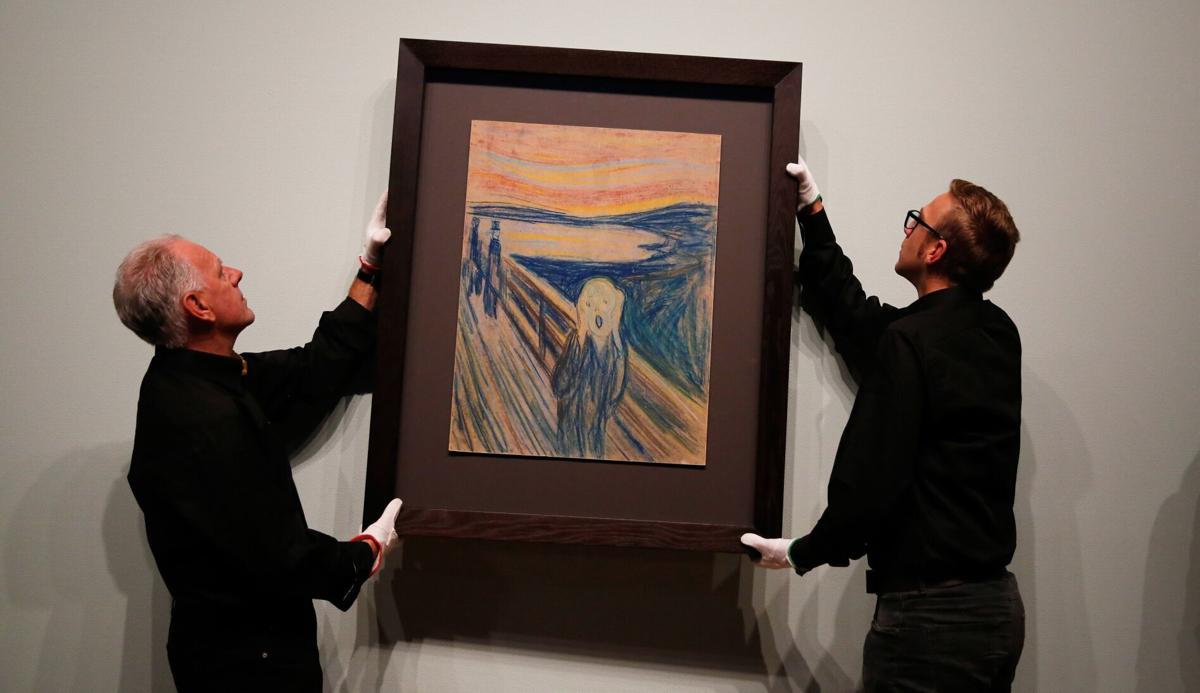 Extensive research by the National Museum of Norway revealed that Edvard Munch wrote the phrase "Can only have been painted by a madman," scrawled in the top left-hand corner of his painting "The Scream."