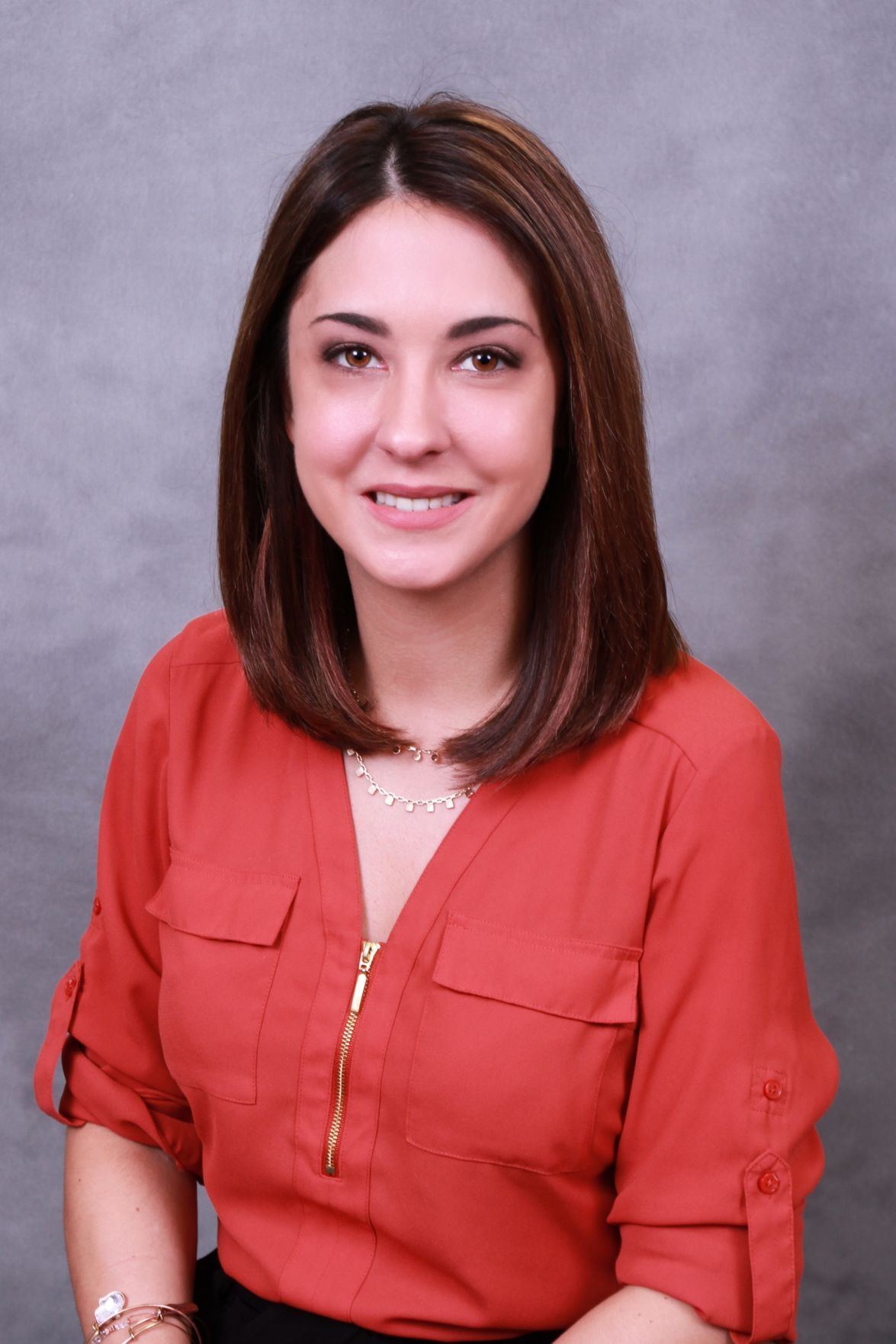 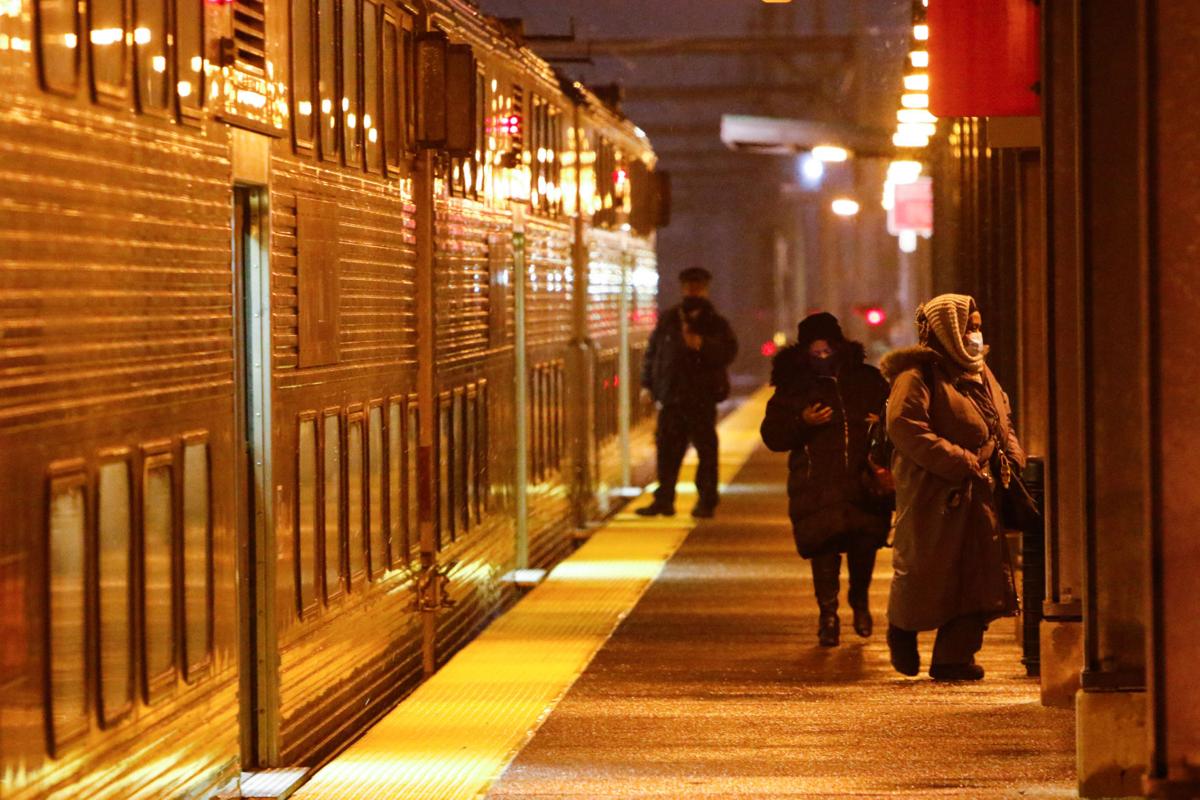 South Shore Line commuters disembark from an eastbound train at the Hammond station earlier this year. Expansion of the rail line is a key part of the Region's growth plans.

After more than a year of dismal news on the pandemic front, both in terms of lives lost and the personal and financial sufferings that COVID-19 has inflicted on us, the arrival of multiple effective vaccines offers hope that finally, the worst is behind us.

Prior to COVID-19’s arrival, Northwest Indiana was already on an upward trajectory, and there’s no reason we can’t recapture that momentum as the impact of the pandemic fades. Throughout 2020 and into 2021, the Northwest Indiana Regional Development Authority has worked to continue its ongoing commuter rail expansion initiatives — the West Lake Corridor and Double Track — and the creation of Transit Development Districts around all the South Shore stations.

The fruits of these efforts are already being seen. In the past five months, agreements with the federal government for matching funds for both rail projects have been signed. A ceremonial groundbreaking for the West Lake Corridor was held in October of 2020 and one for Double Track won’t be much longer in coming. The first group of Transit Development Districts, or TDDs, have been released for public review and are being refined for final presentation to our Board of Directors and the State Budget Committee.

Even ahead of final approval, one developer has already proposed a $160 million project in Munster, on the Indiana side of the old Lansing County Club, that is set to take advantage of the TDD around the Munster/Dyer station on the new West Lake line.

As jarring as COVID-19 has been, we don’t believe it’s fundamentally altered the opportunity that will be realized once the South Shore’s West Lake and Double Track projects are completed.

Since the 1970s, global economics and improvements in technology have caused major reductions in the employment footprint of the heavy manufacturing industry that has long characterized Northwest Indiana. While manufacturing is still a dominant industry in the Region, it employs fewer than half the workers it did in 1969.

By contrast, the Chicago economy is well diversified into the technology, financial services and professional services sectors, and the labor force required to meet the demand of Chicago’s population is massive. Not only is the size of the Chicago jobs market a significant benefit to Northwest Indiana jobs seekers, but the jobs pay higher wages in almost every industry.

Those higher wages, combined with housing prices that are 20 to 40 percent lower than in Chicago, should make the Region a magnet for Chicago area workers. However, commuting data shows that only about 15 percent of Lake and Porter county residents commute into the city for work, versus about 35 percent of their Illinois counterparts, despite similar geographic distances.

One of the biggest reasons for this is the lack of effective and diverse commuter options for the residents of Northwest Indiana who work in Chicago. Roads and highways are packed at rush hour, and parking in Chicago can easily run $40 to $50 a day. Only a handful of buses from Valparaiso travel to and from the Loop daily and train service is limited and slow.

While the existing South Shore was still a major asset to Northwest Indiana, it was clear that investment here did not keep pace with that in Illinois. As a result, the Region had not been able to capitalize on its proximity to Chicago to the same extent as its Illinois neighbors.

And that lack of investment impacted everyone, even if they never set foot on a train. Just as a single job in the steel mills supports several jobs outside the mill, rail acts as a jobs multiplier. Over the next 30 years, West Lake expansion alone will support an additional 2,500 annual ongoing non-rail jobs in Northwest Indiana, while West Lake plus double tracking the existing South Shore line creates 5,700 annual jobs in the region. These include many good-paying professional, education and health care careers, as well as retail, hospitality and food service jobs.

West Lake will provide new service to communities that currently lack convenient rail access. Double tracking the existing line from Gary to Michigan City will greatly increase train speed, system reliability, and enable the use of express routes, which provide even faster access to Chicago. And together, they will double the current ridership of the line.

Over the next 20 years, this will change the face of Northwest Indiana. Many of Chicago’s Illinois suburbs have seen significant development surrounding Metra rail stations, providing strong and enduring real estate development. The planned improvements along the South Shore corridor and the creation of the West Lake line will provide the catalyst for similar development in Northwest Indiana.

Each community is unique and requires a careful understanding of the station area’s past, present, and goals for the future. Realizing the current status of each community and how it came to be, is a vital part of the planning process that helps mold recommendations and create objectives for each TDD. The RDA is now working with cities and towns all along both West Lake and the existing line to lay the groundwork for change.

It will take time. The development process cannot be imposed, and there is no “one size fits all” model. There are best practices for station area development that can be implemented across the system, but each station will have a unique character determined by local residents and leadership.

But in the end, we will see more jobs in the Region, as well as better access to high-paying careers in Chicago. We will see growing walkable communities attractive to everyone from singles to new families to seniors. We will see higher incomes and home values, creating a stronger tax base funding for even better roads, schools and local services. And we will see a more economically diversified Region better able to withstand the winds of recession and to take advantage of the good times. In the coming decades, we will build on this historic opportunity and create stronger, more economically vibrant communities throughout Northwest Indiana.

When the hotel was closed, it was as if the staff just walked away at the end of the shift. A walk through the hotel last week showed its condition.

Officers found the accused still in the act with his hand down his pants and his eyes closed when they arrived, according to the incident report.

"Victim #1 advised she told Issac (Mosqueda) that she did not feel comfortable with him touching her, but he did this on other occasions as well so she thought she had no say," charges say.

Authorities have identified the woman who died when a car and South Shore Train collided Friday evening in Gary.

South Shore Line commuters disembark from an eastbound train at the Hammond station earlier this year. Expansion of the rail line is a key part of the Region's growth plans.