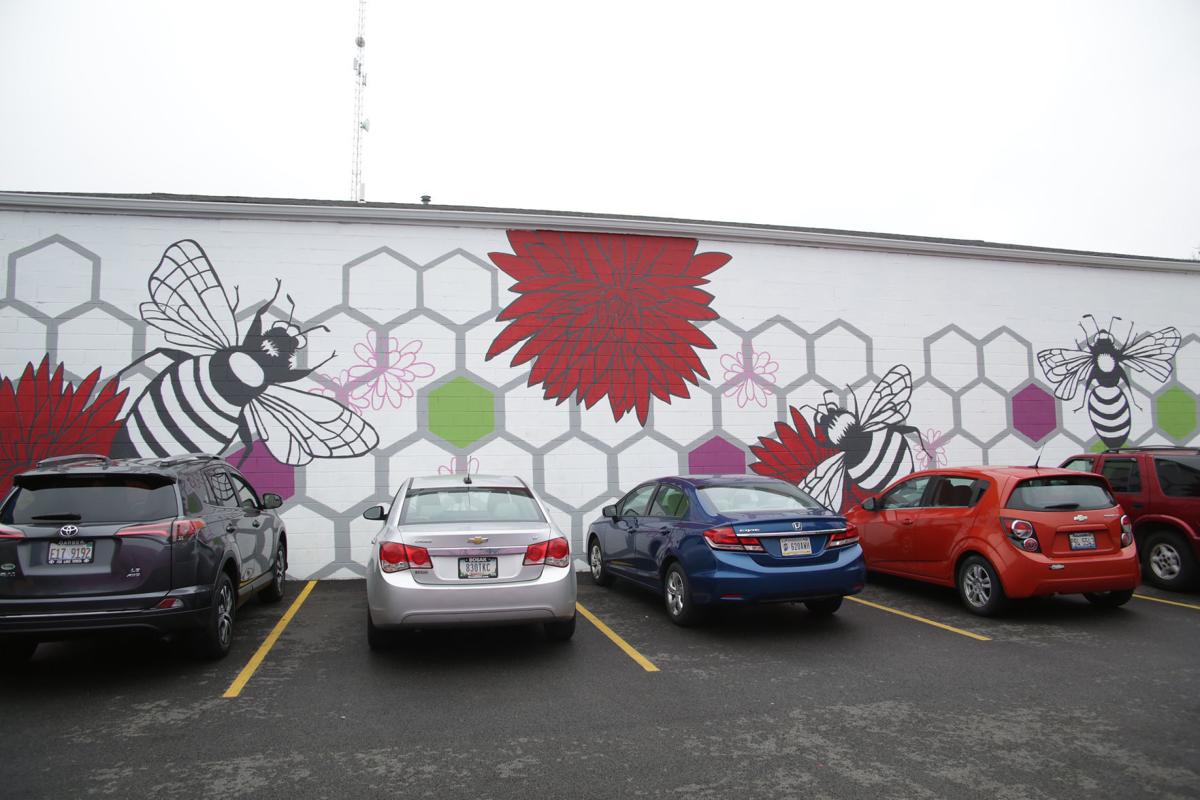 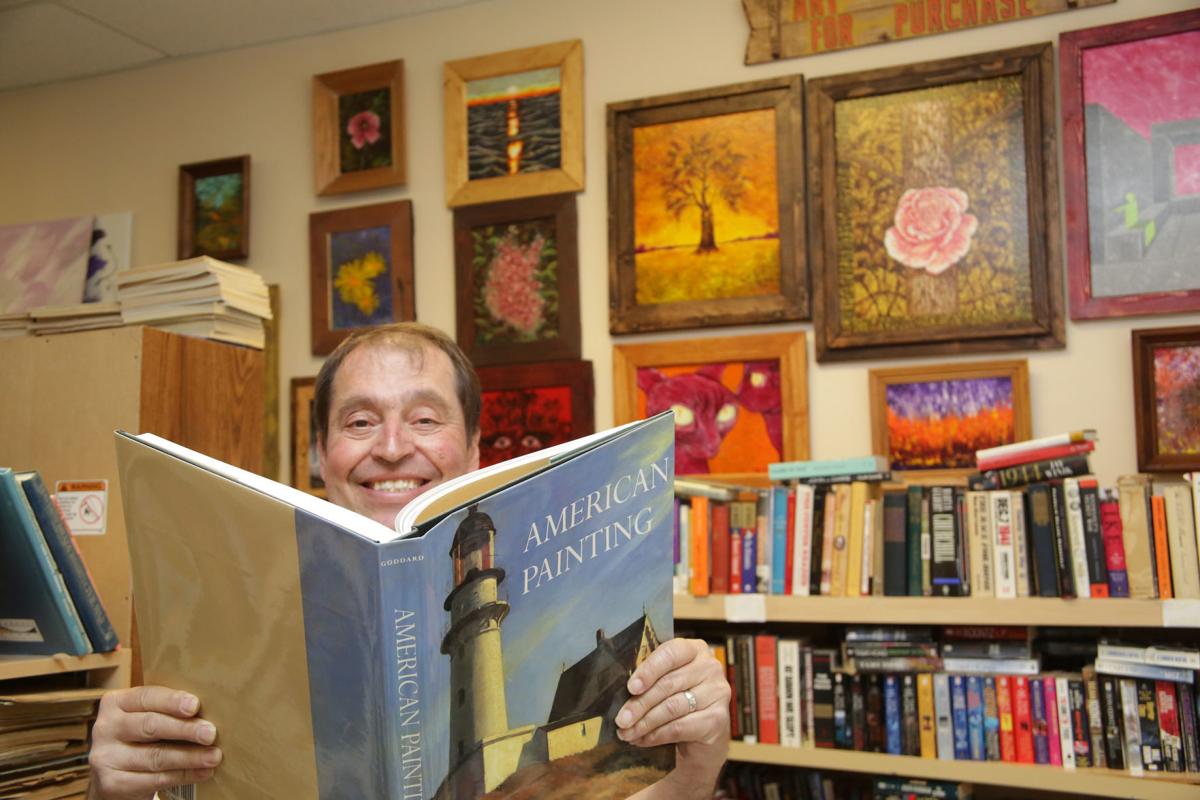 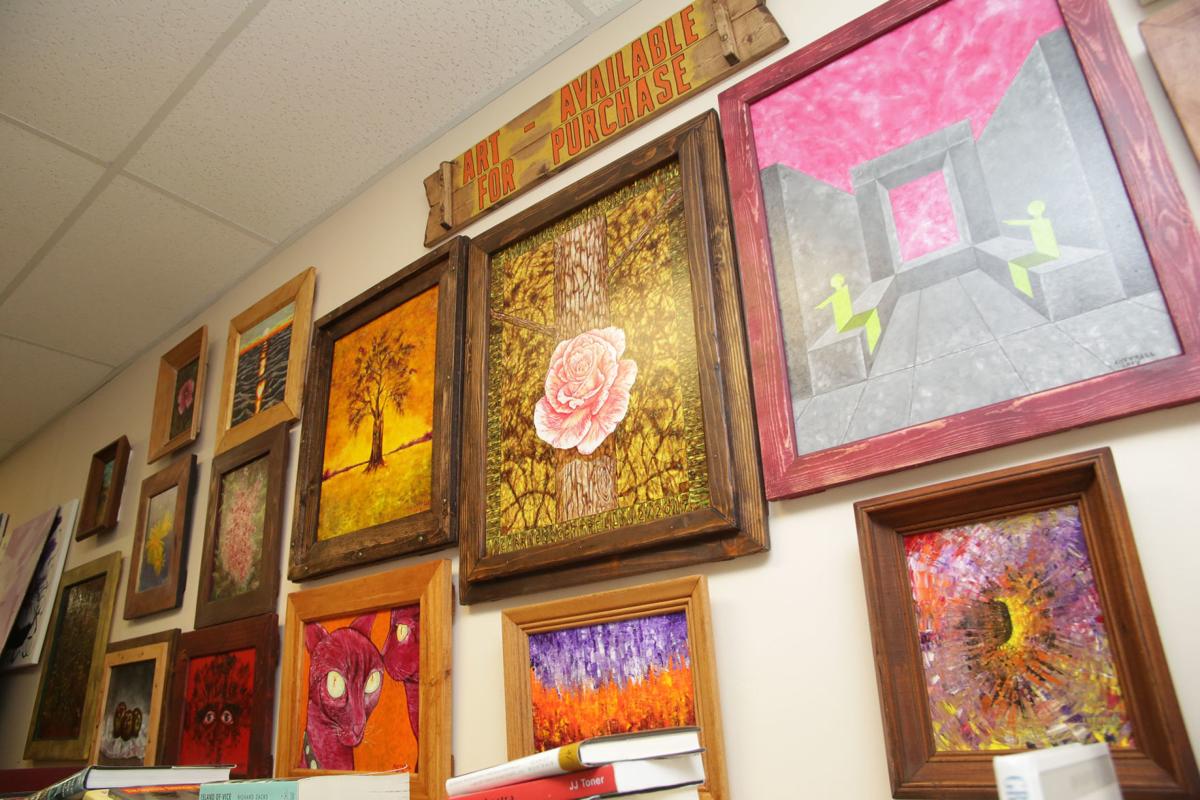 Paintings by Chuck Cottrell on display at Miles Book Store 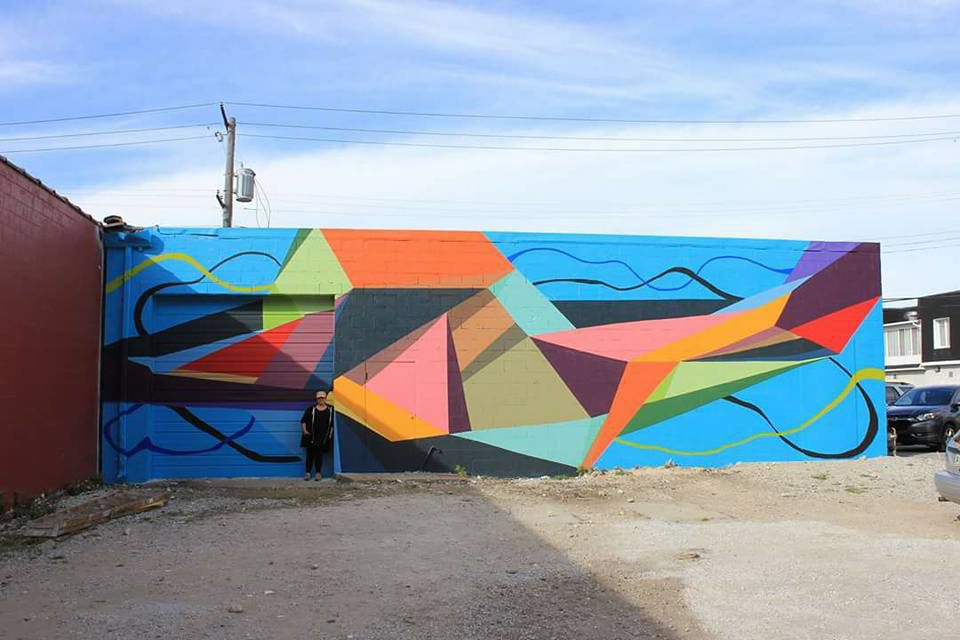 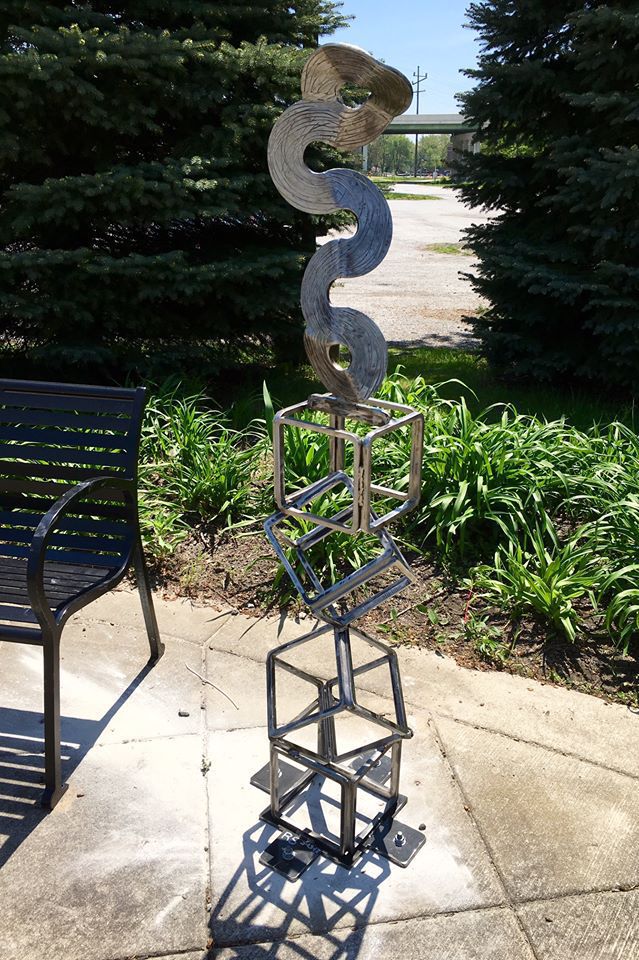 Art is a way to grow our soul as well as encourage and connect us to our creativity.

But for Susan Crouch, an artist and owner of One Best Life @ Tinker's Attic, it’s also a way of raising feelings of self-worth and positive self-expression in children and young adults, possibly even to help them avoid drugs and alcohol.

“The younger you get people involved in art, the better,” says Crouch, who offers classes and recently started a garden where children can work the soil and watch flowers grow under the guidance of an Indiana Master Gardener. “Technology is great but there’s something about doing things with your hands that’s so important. In the garden we do garden crafts, talk about the different foods you can grow, and the importance of eating. If you’re not eating well, it messes with your mental health.”

Crouch is part of a group of artists involved in Highland’s growing art scene, one that embraces art ranging from selecting  a Poet Laureate — this year it's Alaina Polen, a junior at Indiana University Northwest — to painting larger-than-life murals on buildings.

“We have had three murals installed over the last two years, all off of Jewett,” says Dawn Diamantopoulos, president of Highland Main Street and chair of the Arts Committee. “The geometric mural on the back wall was created by Highland artist Liz Mares. This was followed by Jessica Haug's ‘Herons’ in the spring of 2017 and Melissa Washburn's ‘Bees’ last fall.”

Main Street also installed a sculpture by Dyer artist Randy Simko along Highway Avenue on the bike trail last spring. Originally on a one-year lease, Main Street received a grant from the Highland Community Foundation to purchase the sculpture. Main Street also secured funding from Dyer Arts Visionaries to install a second sculpture next year. Once the site has been confirmed, Main Street will publish a call for art.

“In addition to the murals and sculpture, we have had Pop Up Galleries, Cash Mobs, and we started the Poet Laureate program,” says Diamantopoulos, noting that anyone interested in being involved with Highland Main Street is invited to meetings held at 6:30 p.m. on the first Thursday of the month upstairs in Town Hall. “We put on the Car Cruise and the Festival of the Trail. This year's festival (Oct. 13 on Jewett Street) will feature artists only, and we plan to have Music at the Murals. We are launching a new event, ‘Last Call for Summer,’ this August, which will feature local bands playing original songs.”

A home built in 1911 was the impetus for the Lubarski family to open Promise Your Art House, a gallery in Highland, says Mary Beth Lubarski, who with her husband, Dave, and three children, Zachary, David, and Rachel wanted to enhance Highland’s art scene and were willing to do the hard work of renovating the house.

“All three of our children are artists,” says Lubarski. “My husband did most of the work rehabbing, putting in tile, plastering the walls and doing the windows. The rest of the family did the clean-up, picked out the colors and the lighting, put up shelving and got it ready.”

With four gallery spaces, Lubarski says it is showing the works of four dozen local artists, including a fish made of driftwood from Lake Michigan done by Rachel, who is living and working in Alaska.

One of the reasons for opening Promise Your Art House was to give people an alternative to having to go to Chicago for an art fix.

“Highland has a lot to offer when it comes to art,” says Lubarski. “We wanted people to know that.”

“Everyone in Highland tries to do their part because we know how important arts are to the community,” he says. “And so I’m trying to do my part by having Cottrell show his work here.”

Roumbos’s store is right next to the three murals on Jewett. He frequently sees people pull into the parking lot where they’re located to look.

“Then they come into my shop or go to the other shops,” he says. “Sometimes the cars are from Illinois, so we’re attracting people from the Chicago area with our art.”

“These exhibits are organized by South Lake Artists Co-op (SLAC),” says Dawn Diamantopoulos, president of Highland Main Street and chair of the Arts Committee. “Artists can join their Facebook group to learn about their Calls for Art.”

Cottrell who attended Hammond Technical High school and received a letter in art (a palette instead of a football) mainly works in oils and paints realistic pet portraiture as well as landscapes, says he’s gotten a lot of positive feedback about his works on display at Miles Book Store.

“I think there’s a synergy here in the store and Highland where art benefits the town and vice versa,” Roumbos says. “It’s a great fit.”

Runners share message: ‘World peace starts with each of us’

EAST CHICAGO — If a peace torch can survive rainfall, maybe peace has a chance after all. That’s the message Sri Chinmoy Oneness-Home Peace Ru…

Paintings by Chuck Cottrell on display at Miles Book Store