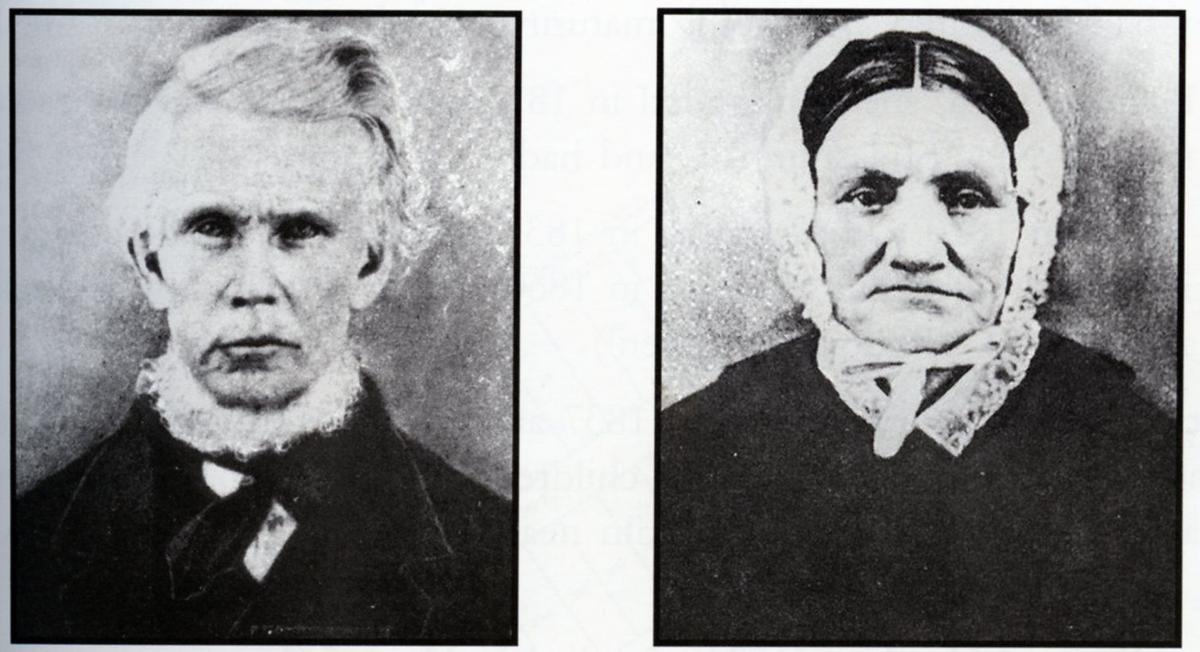 John and Johanna Hack founded the town of St. John. 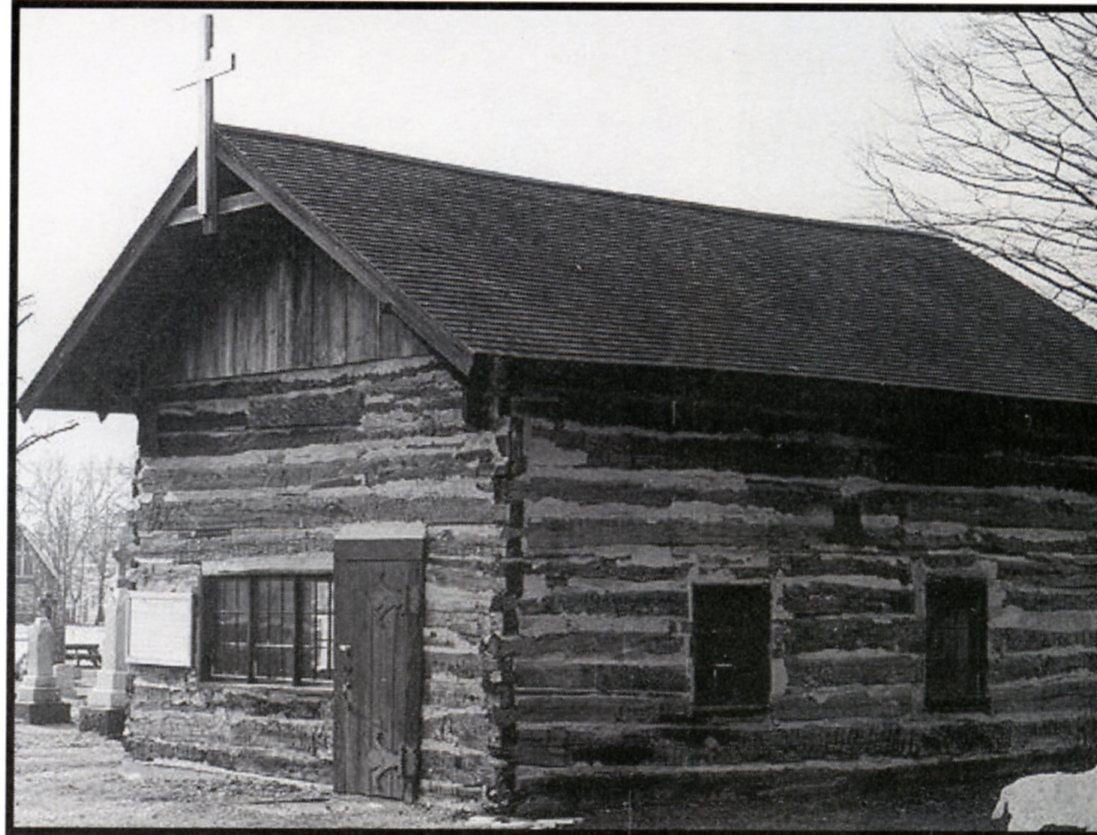 The log cabin that served as the first St. John the Evangelist Church is now used as an adoration chapel. 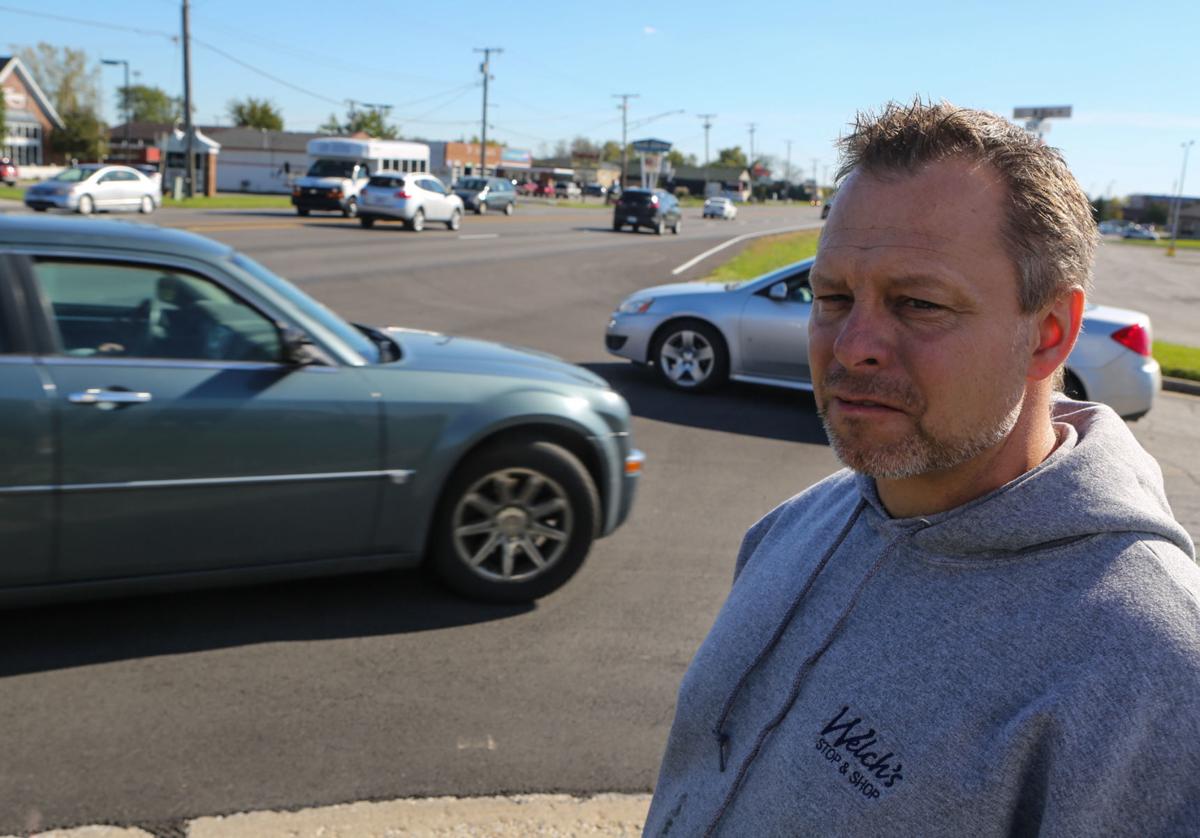 Ed Welch owns Welch's Stop and Shop, a fixture in St. John since 1953. 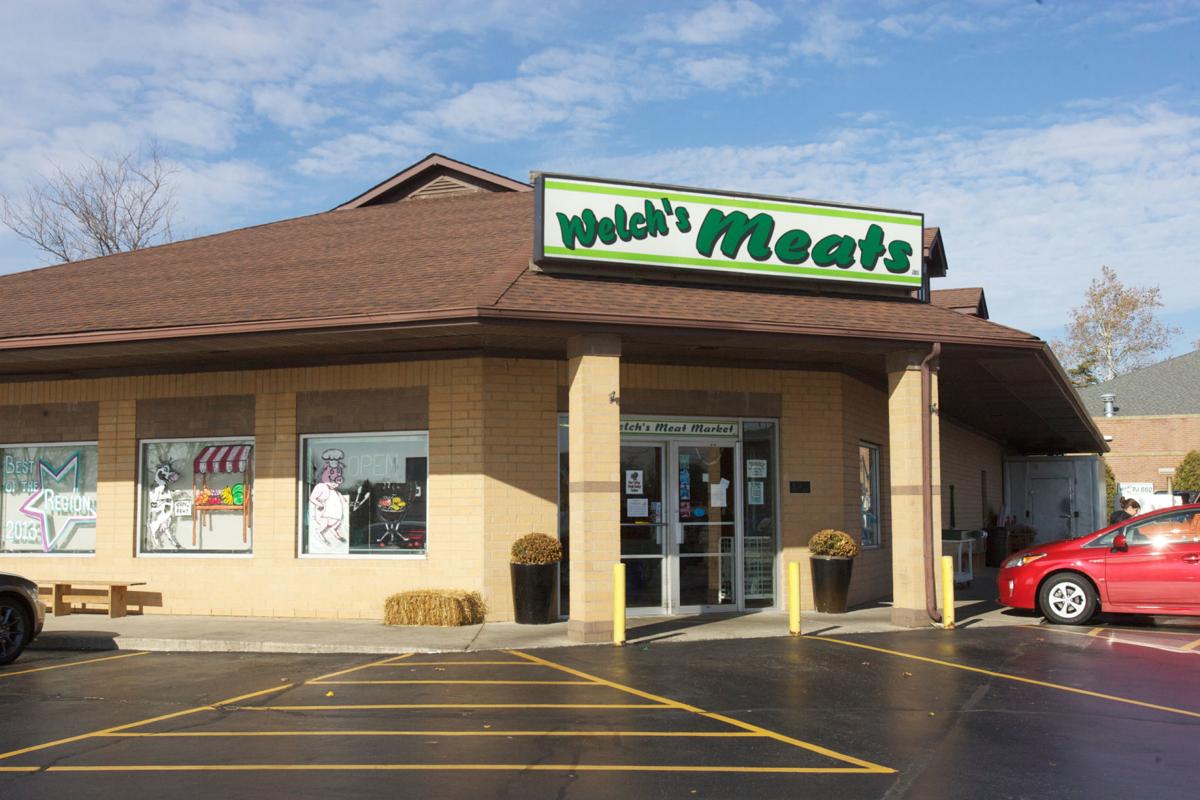 The fourth generation of the family is now involved in Welch's Stop and Shop. 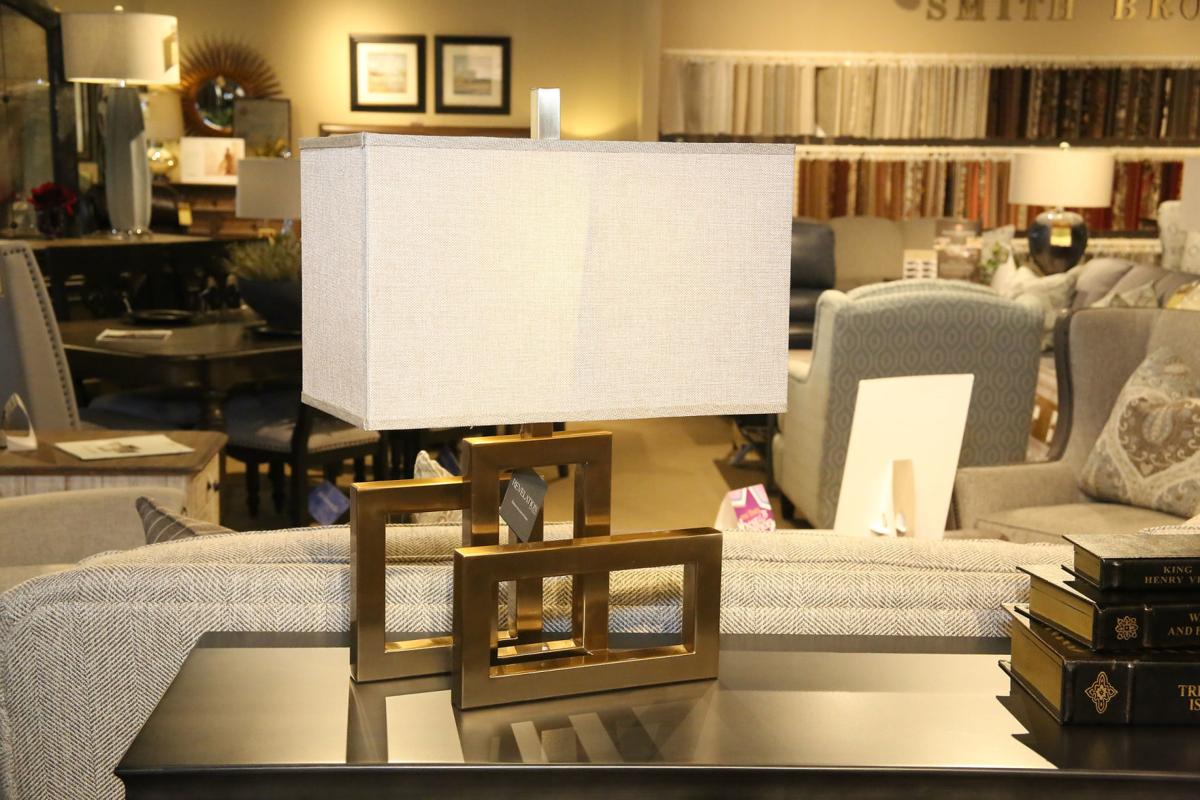 DeYoung Interiors, run by the DeYoung Family since they opened in 1928, moved to St. John from Illinois. 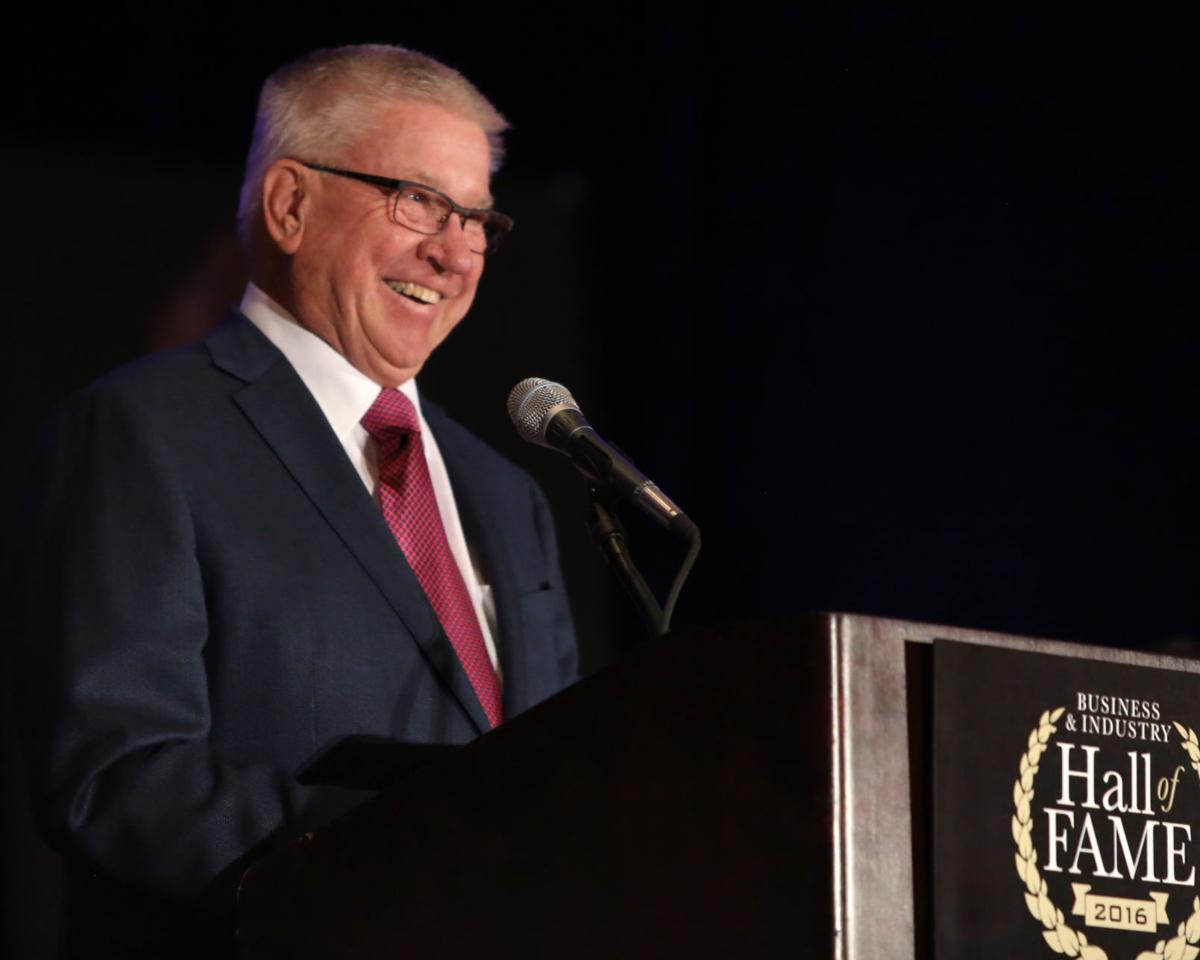 Frank Schilling presides over the family run business that has operated in St. John for 120 years. 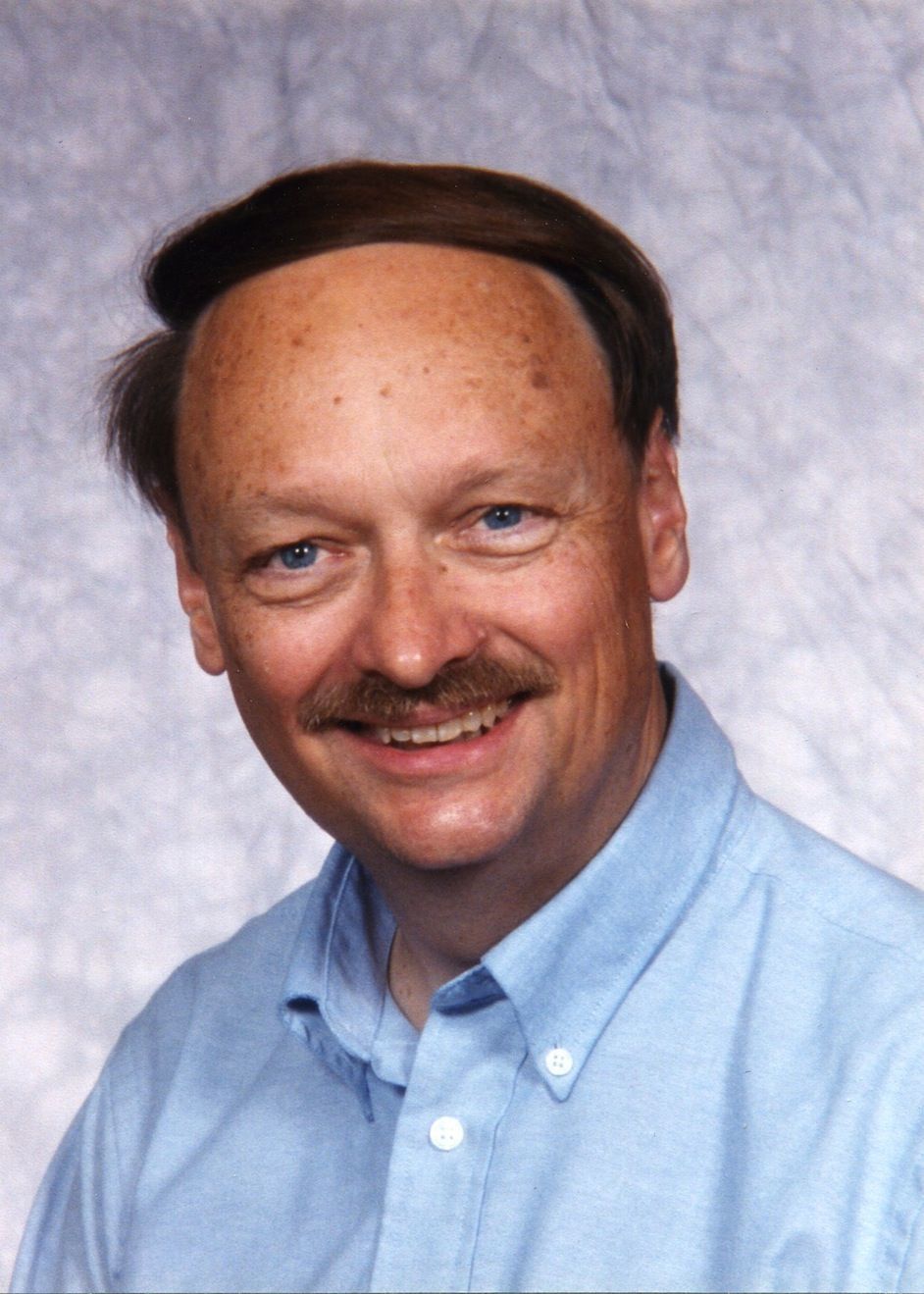 Author Kenneth Schoon has covered the rise of St. John in his books about the Calumet Region.

That's when 50-year-old John Hack and his wife, Johanna, emigrated from Germany along with eight of their 11 children to a swampy wilderness. Within a decade around 4,000 such Prussians were living in Lake County.

“The Hacks were Roman Catholic at a time when there weren’t many Roman Catholics in Lake County,” says Kenneth Schoon, author of numerous books on Northwest Indiana including "Calumet Beginnings: Ancient Shorelines and Settlements at the South End of Lake Michigan" and "Dreams of Duneland: A Pictorial History of the Indiana Dunes Region." “The Catholics moved to Schererville, Dyer and St. John, and the Protestants tended to be further north in Lake County.”

There was talk at one time of naming the town Hack, says Schoon, a Northwest Indiana native and professor of science education at Indiana University Northwest.

The new town had not only the whiskey and peach brandy Hack distilled in one of the first businesses in the county, but also the first Roman Catholic church, St. John the Evangelist, a log cabin on Hack’s property.

St. John was still largely a farming community when Tom Mavity was growing up there in the 1970s and 1980s. He and his friends played pond hockey and tobogganed at what was the Lake Hills Golf Club.

“We called it suicide hill because it was so steep sometimes your toboggan would break apart,” says Mavity, who graduated from Lake Central High School and wrote "T.H.A.N.K. Y.O.U. Positive Words and Actions with Gratitude Lead to Success," which recounts how the people he met in his early years in Northwest Indiana helped shape his life.

“There were about 2,000 people here when I was growing up, now there’s about 20,000 but there still are some places that were here when I was growing up like Mama D’s Pizza and it’s still great,” he says. “It’s located in what used to be the Royal Blue Grocery Store. Back then families just had one car and I remember my mother putting my sister and brother and myself in a wagon and pulling us to the store.”

Mavity’s father worked for the phone company for 38 years and was one of six volunteer policemen for St. John.

“My dad used to say he could patrol all the streets in St. John in one hour,” says Mavity.

In 1971, Mavity’s mother received a phone call, asking whether her husband was one of the officers killed by two thieves.

His father was at his phone company job when word got out that St. John Town Marshal James “Red” Larimer and State Trooper John Streu had been shot and killed by two men who had committed several crimes. They had stolen a car and were sleeping in front of Kolling Elementary School. State Trooper Pete Popplewell Jr. was injured.

“What made me want to become a policeman was seeing a photo in the Hammond Times of my dad carrying Marshal Larimer’s coffin,” says Mavity, who retired from the Indiana State Police after 30 years and now works for the campus police at the University of Notre Dame.

Ed Welch, a friend of Mavity's and grandson of Edward Welch, who established Welch’s Stop & Shop in 1953, receiving his first “official” paycheck for working in the family meat market when he was 14. The business, which has welcomed its fourth generation, has changed as customers want prepared foods or those that can be cooked quickly.

“We now have eight or nine kinds of marinades, and we’re always coming up with new ideas,” he says. “But the quality of our food remains the same. We have to be better so that people keep coming.”

Welch says he learned much of what he knows from his father, who died the same year as his grandfather.

“I was lucky to have a couple of years to learn from my father,” he says. He also has a partnership in Malt Brothers Brewing, a craft operation in St. John.

No longer sleepy, St. John ranks among the top towns in Indiana, according to HomeSnacks. According to Nick Johnson of HomeSnacks, a media/news company that uses census date, FBI crime rates, median home values and income, education level, poverty rates and unemployment rate to determine the best towns and cities in Indiana, St. John ranked third this year, just behind Carmel and Zionsville, out of of 112 places surveyed.

“Nick and Cora DeYoung were my grandparents,” says John DeYoung, owner of the DeYoung Interiors, a multigenerational business specializing in home furnishings and accessories. Its vast showroom and online presence as well as reputation for service make for continued success since opening in 1928. Originally, the family had stores in South Holland, Lansing and Chicago's Roseland neighborhood before moving to St. John.

“This is a great place to run a family business,” says DeYoung. “St. John is seeing a lot of growth but still has that special feel and friendliness about it.”

“Schilling Development was started over 120 years ago and Schillings over 70 years ago,” says Frank Schilling, whose family also founded St. John's first bank and shopping mall and were part of the post-World War II housing boom, opening Schilling Lumber in 1945.

Since those early days, the company’s business have continued to grow and expanded into Cedar Lake and Illinois.

“My boys Dean, Greg and Jeff, run the day-to-day operations of the company," Schilling continues, noting they’re part of the five generations in the business. “Additionally, my son Todd is involved in the development company. They came to me and asked to be a part of the company. My only question to them was if they were ready for 80-hour weeks and sleepless nights.”

For decades, Schilling measured every kitchen sold and loved going into people’s homes to make sure the new cabinetry would fit properly. It was also a way to build generations of satisfied customers.

“We love our town,” says Schilling, noting that his family lives, works and worships in St. John. “It was and is a terrific place to raise a family.”

Marijuana is not good for your heart, studies say

The new scientific statement, published Wednesday in the AHA journal Circulation, examined existing research on the connection between cannabis and the heart.

At least 85 people have been hospitalized in a salmonella outbreak linked to onions, the Centers for Disease Control and Prevention said.

In the US, five states account for more than 40% of the country's nearly 5 million Covid-19 cases

The US has topped five million cases of coronavirus since the start of the pandemic -- and as experts have highlighted in the past, the true number of infections could be many times higher.

Toxic chemicals may be in fast food wrappers and take-out containers, report says

The report, released Thursday, is not the first to find such chemicals in food packaging. See which companies' packaging likely contain PFAS.

Like in Beirut, ammonium nitrate was a main ingredient in several other major explosions around the world in recent years.

60% of Sturgis residents were against a motorcycle rally that brings in thousands but the city approved it. Here's why

Before deciding on whether to hold the 80th annual motorcycle rally in Sturgis, South Dakota, the local city council turned to its residents to get their take.

More than 97,000 children tested positive for Covid-19 in the last two weeks of July, report says

More than 97,000 children in the US tested positive for coronavirus in the last two weeks of July, a new report says.

Adults may not be the only Covid 'long haulers.' Some kids still have symptoms, months after falling ill

Fourteen-year-old Indiana Evans is a promising dancer from Hertfordshire, southern England, who was doing 16 hours of practice a week on top of school before the coronavirus pandemic hit.

How to make a paper pressman's hat

John and Johanna Hack founded the town of St. John.

The log cabin that served as the first St. John the Evangelist Church is now used as an adoration chapel.

Ed Welch owns Welch's Stop and Shop, a fixture in St. John since 1953.

The fourth generation of the family is now involved in Welch's Stop and Shop.

DeYoung Interiors, run by the DeYoung Family since they opened in 1928, moved to St. John from Illinois.

Frank Schilling presides over the family run business that has operated in St. John for 120 years.

Author Kenneth Schoon has covered the rise of St. John in his books about the Calumet Region.