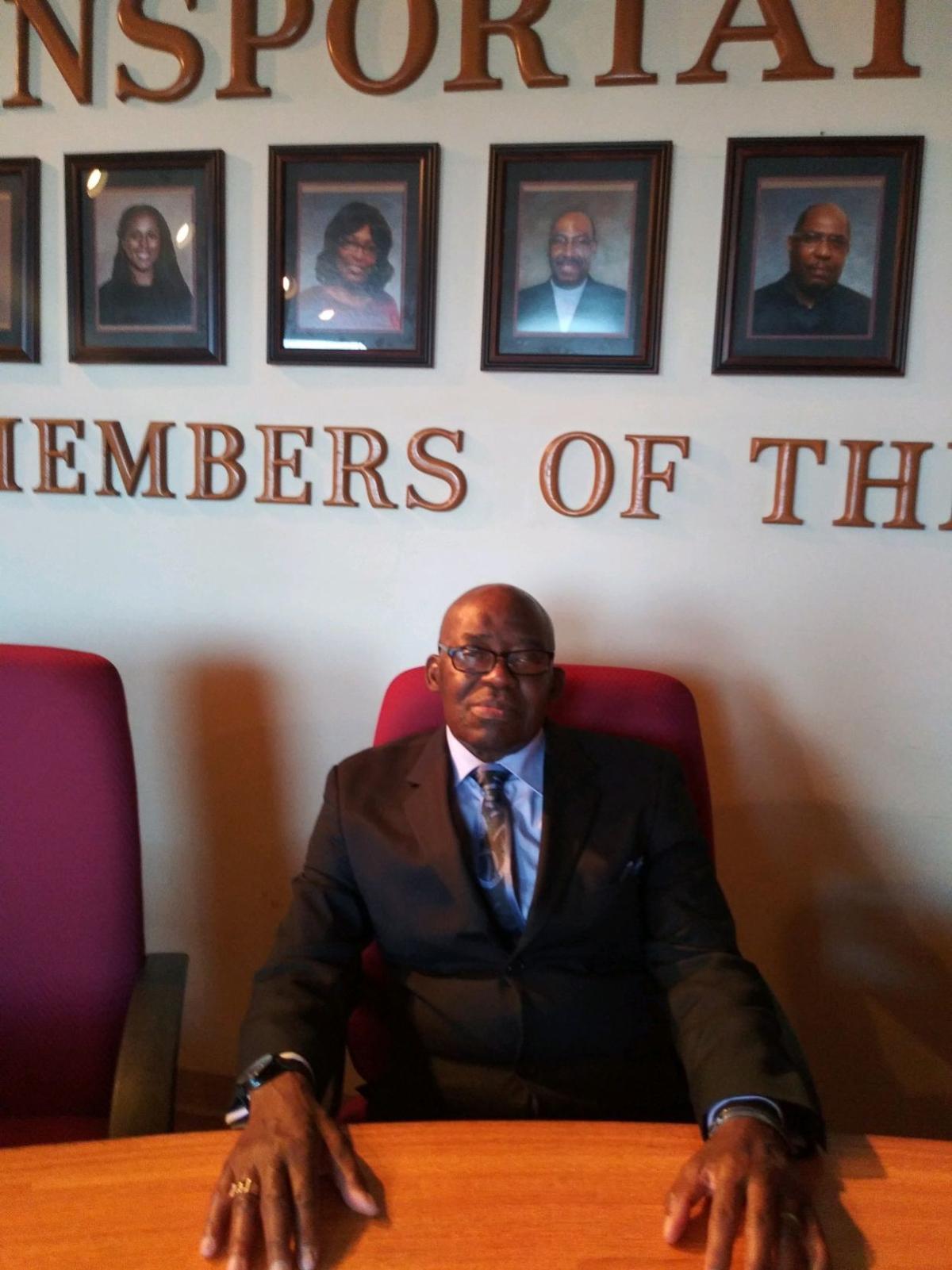 Jerome Parker has come full circle at the Gar Public Transportation Corp. — from a driver to general manager. 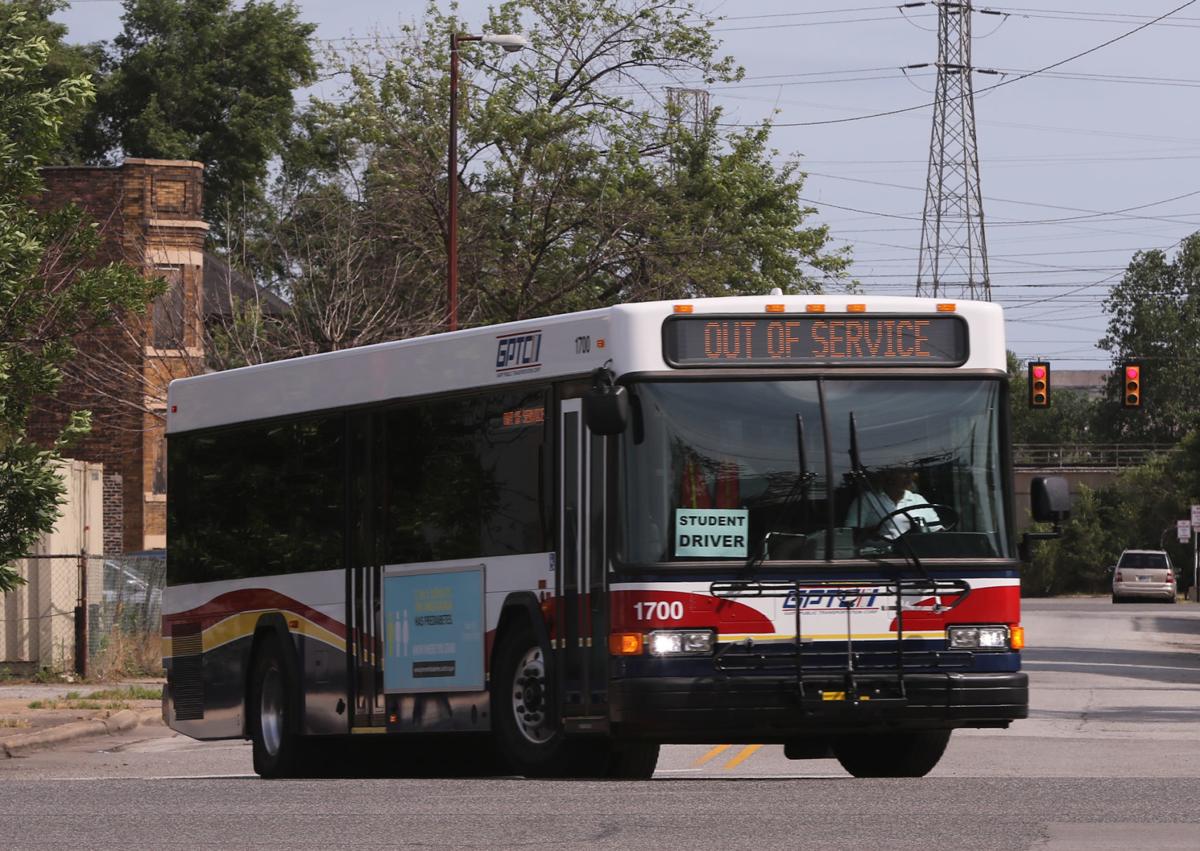 A 1979 graduate of Gary’s West Side High School, Parker was 19. Now, in ways, he’s come full circle. After moving up in GPTC’s ranks with positions as assistant safety director, superintendent of transportation and director of operations, Parker moved to Myrtle Beach, S.C., in 1988 to be  general manager of the city’s transit system.

From there, he would take on similar roles in Houston; St. Joseph, Mo.; and Athens, Ga.

In Detroit, he was general manager and transit director for the Detroit Department of Transportation and the Detroit People Mover, a driverless, elevated light rail service encircling the city’s central business district.  By 2019, he was getting ready to retire after four years with the Decatur, Ill., transit system.

“I wanted to move back to Gary to be closer to my dad,” says Parker, who describes himself as an avid golfer looking forward to more time to play. “I just thought I’d check out GRTC and see what was going on.”

It turned out that GPTC, a regional bus system that serves Gary as well as other cities and towns such as Munster, Highland, Hobart, East Chicago, Merrillville, Crown Point and Griffith, was looking for someone with Parker’s skill set. So instead of heading to the links, Parker now heads into the office as GPTC’s general manager.

Moving people around is a challenging job in itself made even more so with the pandemic.

“COVID-19 has kept us very busy,” says Parker, noting that frontline transit workers clean and sanitize the buses daily and are drivers equipped to clean and sanitize arm rails, fare boxes, seats and other surfaces that riders may touch. “We put in efficiencies to keep our employees and passengers safe.”

Coordinating with Mike Noland, president/general manager at the South Shore Line (Northern Indiana Commuter Transportation District), the two invited all the transportation agencies to call in every Friday to talk about the coronavirus.

“We have had as many as 23 people call in including someone from South Bend to discuss how to improve our systems,” says Parker. “Noland said the South Shore uses vendors to sanitize their cars and we thought that was a good idea and use it for our buses as well.”

Parker says that GPTC has also focused on employee morale.

“Our employee attendance is outstanding,” he says, noting they’ve provided a very safe environment for their workers. “We want them to be empowered as they can be.”

GPTC is also updating technologies and expanding services. Parker and his team are determining which software will be most effective in scheduling bus service, a process now done manually.

“We want to be more efficient and to offer the local and regional services that are needed,” he says. “We’re also expanding our regionals services.”

Besides that, GPTC is conducting internal and external reviews of its system to improve technology and efficiencies.

“We’re looking at the demographics to make sure we’re providing what’s needed and where it’s needed in ways that saves on costs and energy,” says Parker.

Since 1992, Gary Transit has offered free paratransit service to residents of Northwest Indiana.

“It’s a door-to-door service to doctor’s appointments and work for those who qualify for our service,” he says. “I like providing more services.

“Cities large and small are recognizing that transportation is vital to get people to their jobs, medical appointments and for socializing. Public transportation is good for the environment and helps make a city successful.”

He also likes being back home.

“I feel I owe the city and Gary Transit so much for the opportunity they’ve afforded me,” says Parker. “It’s really great to be back, to see old friends and to be with family.”

Oh and there’s the golfing aspect of it all as well.

“The first thing I did when I got back was to explore the golf courses in the area,” says Parker.

“Many feel a tan is healthy. ... No tan — indoor or outdoor — is safe. Every time your skin tans, it is being damaged, increasing the risk of all types of skin cancer, not to mention premature aging.”

Do you really need to drink 8 glasses of water a day? A scientist explains why your kidneys say 'no'

Should you drink eight glasses of water a day? An exercise physiologist says that in rare cases people can actually die from drinking too much water.

How to combat the loss of self-worth, depression risk when unemployed

Unemployment has been considered a mental health stressor, but rarely has there been a time when the job market has faced such a sudden and widespread upheaval as during the ongoing COVID-19 pandemic.

Got vaccinated? Here's free stuff you can get

To reward Americans who've been vaccinated, these companies are providing freebies when you show proof of getting a COVID-19 vaccination.

Spider-Man push-ups are similar to regular push-ups with one slight addition.

Treat mom to brunch or afternoon tea at home

Busy moms seldom get a break. Between shuffling kids around to school and activities, running errands, shopping, planning meals, working and p…

Jerome Parker has come full circle at the Gar Public Transportation Corp. — from a driver to general manager.