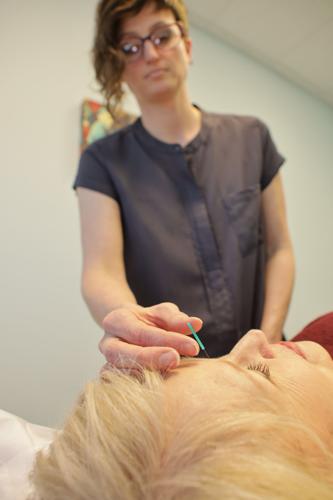 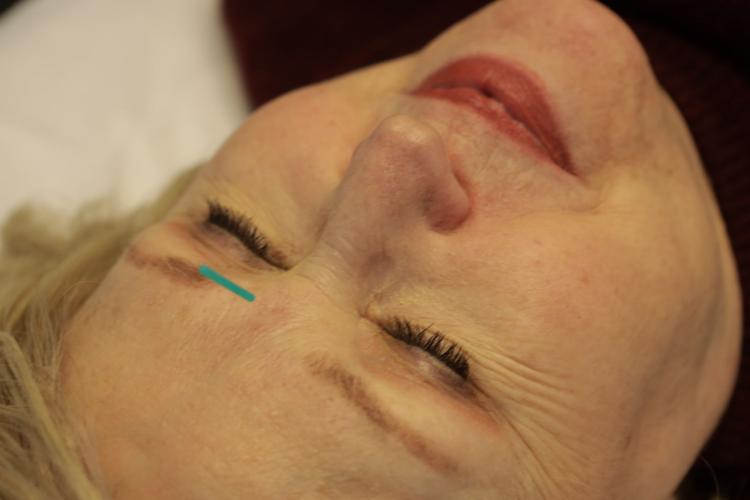 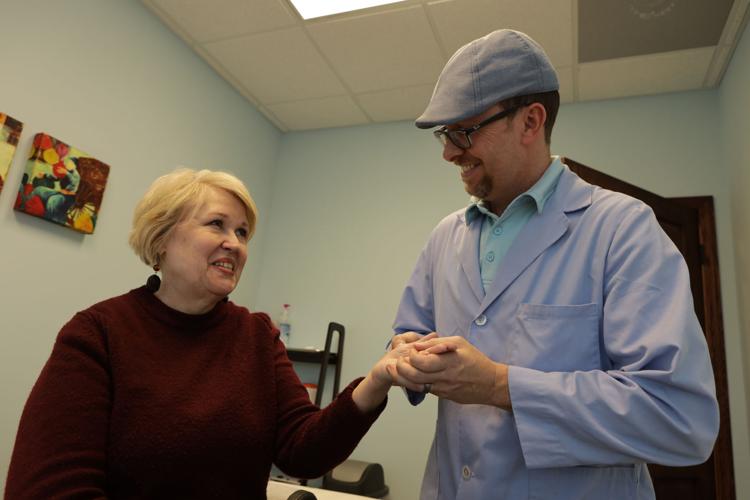 Jason Wilson, who holds a doctorate in acupuncture and Chinese medicine and is a licensed acupuncturist, shows the acupressure technique for relieving lower back pain at Alternative Healing Works in Dyer. 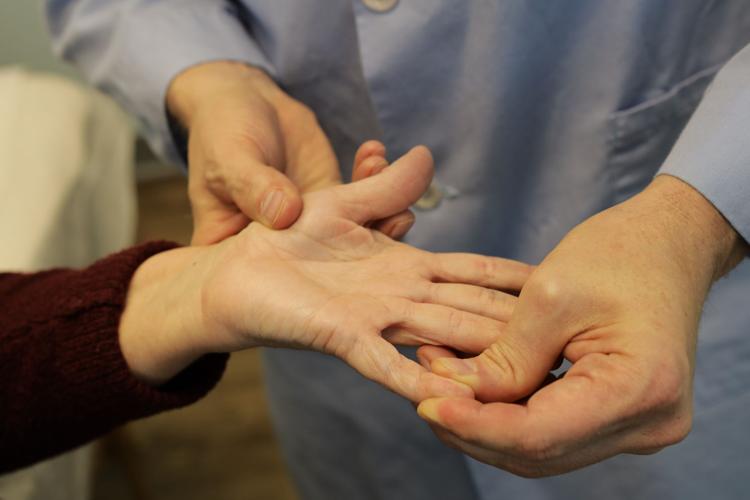 Acupuncture and acupressure target pathways to help the body heal itself.

A form of Chinese traditional medicine, acupuncture has long been used to relieve pain, reduce stress and address other common ailments.

For Helen Strietelmeier Johannesen, it’s been a way to connect with patients and give them a healing tool many never knew existed — or had misconceptions about.

“Generally speaking, acupuncture, when performed by a licensed acupuncturist, is a safe and effective way to treat many conditions, whether it’s used as your primary form of treatment or as additional support,” said the owner of Elements Acupuncture in Valparaiso. “It is especially effective for individuals who often find that they overreact or experience numerous side effects from medications or other types of treatment.”

However, patients should not seek acupuncture for emergency care, open wounds or as the only treatment for diseases such as cancer, severe depression or childbirth, she said.

“These do not fall under our scope of practice in Indiana,” Johannesen said.

Acupuncture is a 4,000-year-old medicine based on inserting needles into pressure points in the body to elicit a healing response, says Jason Wilson, owner of Alternative Healing Works in Dyer.

“It’s based on an energy called Chi and the innate intelligence that the body can fix itself,” he said.

Acupuncture balances this flow of energy, which is believed to travel through pathways, or meridians, throughout the body, Wilson says. By inserting needles into specific points along these pathways, acupuncturists believe that the energy flow will re-balance.

“All of these pressure points and meridians are connected inside the body, hosting a spiderweb full of information,” Wilson said. “We understand those connections and they become mathematical patterns that you can use to get really good results.”

A person’s health depends upon the body’s ability to function efficiently and effectively, as well as to clear out potentially harmful substances, Johannesen said.

“Since the environment both outside and inside the body is also constantly changing, it must be constantly adaptable and flexible,” she said.

Acupuncture sees physical pain, along with mental and emotional pain, as signs of dysfunction.

One of the biggest misconceptions surrounding acupuncture is the size of those needles.

“Rather than the big hypodermic needles used to draw blood or give an injection at the doctor’s office, our needles are solid, thin filaments about the width of an average-to-course human hair,” Johannesen said.

Most patients barely feel them, Wilson says, adding that many require 10 to 30 needles depending on the area an acupuncturist is addressing.

“You can fit many acupuncture needles in a hypodermic needle,” he said. “Most people who are nervous feel foolish afterward.”

Another misconception patients have involves the rigorous education and knowledge standards required to be an acupuncturist, Johannesen says.

“Any qualified acupuncturist will hold at least a master’s degree, and many hold a doctorate,” she said.

A licensed acupuncturist must be board certified by the National Certification Commission for Acupuncture and Oriental Medicine, which requires passing board examinations and meeting continuing education requirements, Johannesen said.

While some patients exclusively use acupuncture to address their ailments, Wilson says many use the practice to complement other treatments, especially if they are seeking relief from side effects from those treatments. In the end, Wilson says alternative medicine can complement traditional medicine.

“We believe in harmony between the two systems, and even have a medical doctor who works with us here,” he said. “If people need medicine, that’s OK. Even with people who have to be on medications or need surgery, acupuncture can help with the side effects from those.”

Wilson cautions that like any treatment, acupuncture can take time.

“The No. 1 reason acupuncture doesn’t work is that people give up too soon,” he said. “Everybody is different. Some people feel better quickly, while some people feel worse before they get better. You have to be consistent. Natural healing can be harder and take more work, but the results are more long-lasting.”

Accept that stuff happens, spend a few minutes with it and mindfully move on to the positive

When stress is causing a child's stomach to ache

It can be tricky for parents to determine what’s causing their children to have stomach aches, but there are steps to help your children quell the pain.

Being prepared and mindful can help cut stress consumption

When stress takes over your life, eating habits may be turned upside down. But there are ways to salve yourself other than with food.

Keeping your pet safe and warm on those cold days

And as we bundle ourselves up to protect our skin and extremities from the cold, we should keep the well being of our four-legged friends in mind, too.

Jason Wilson, who holds a doctorate in acupuncture and Chinese medicine and is a licensed acupuncturist, shows the acupressure technique for relieving lower back pain at Alternative Healing Works in Dyer.

Acupuncture and acupressure target pathways to help the body heal itself.