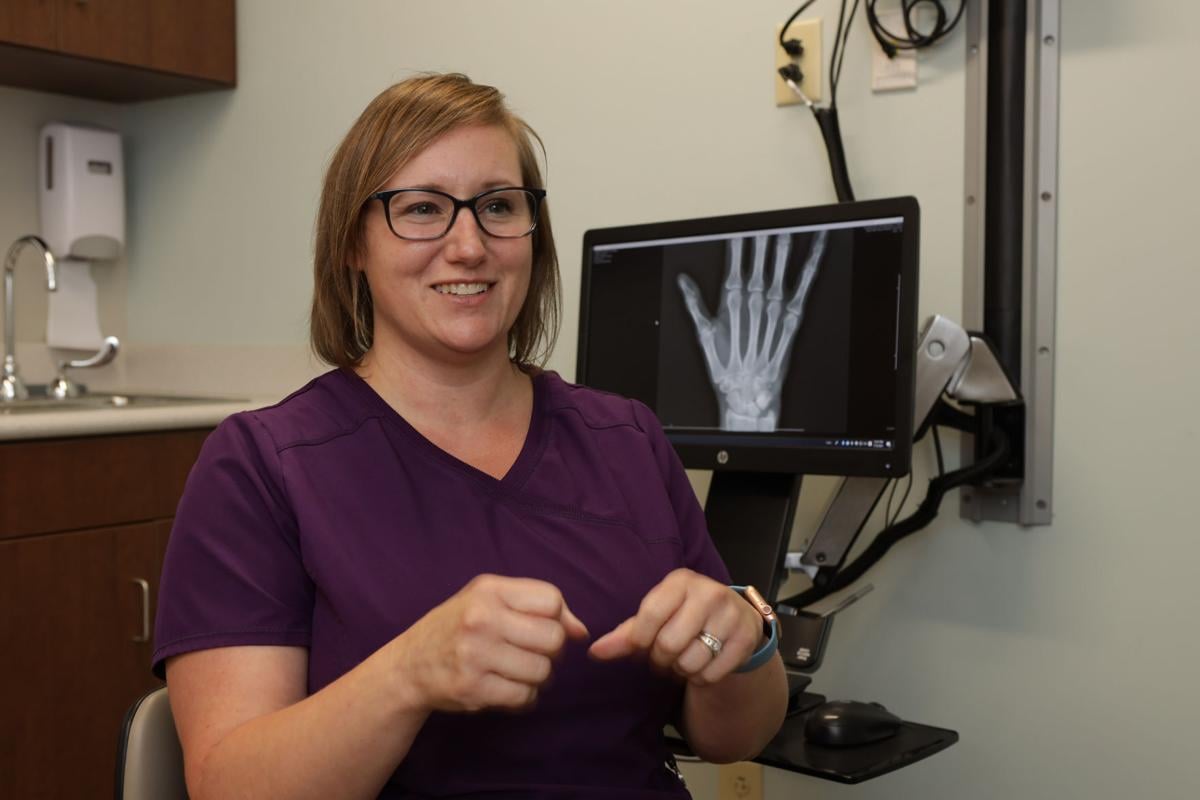 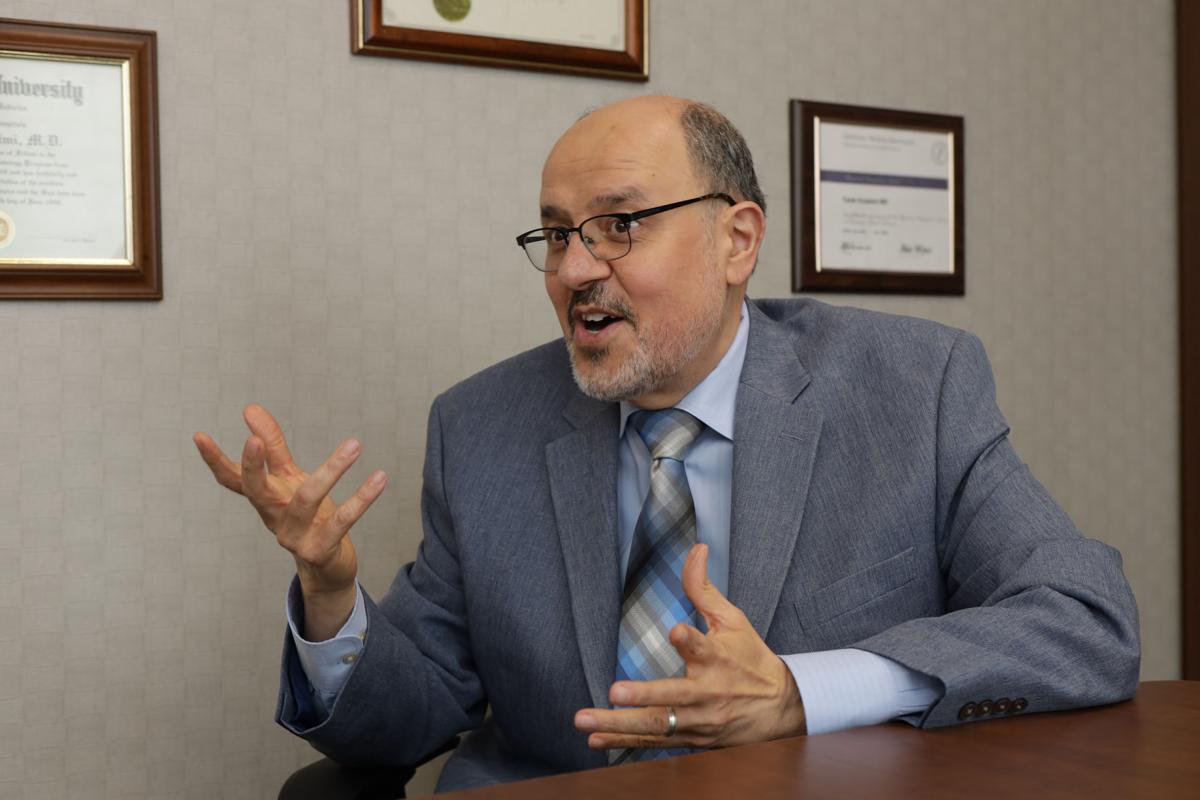 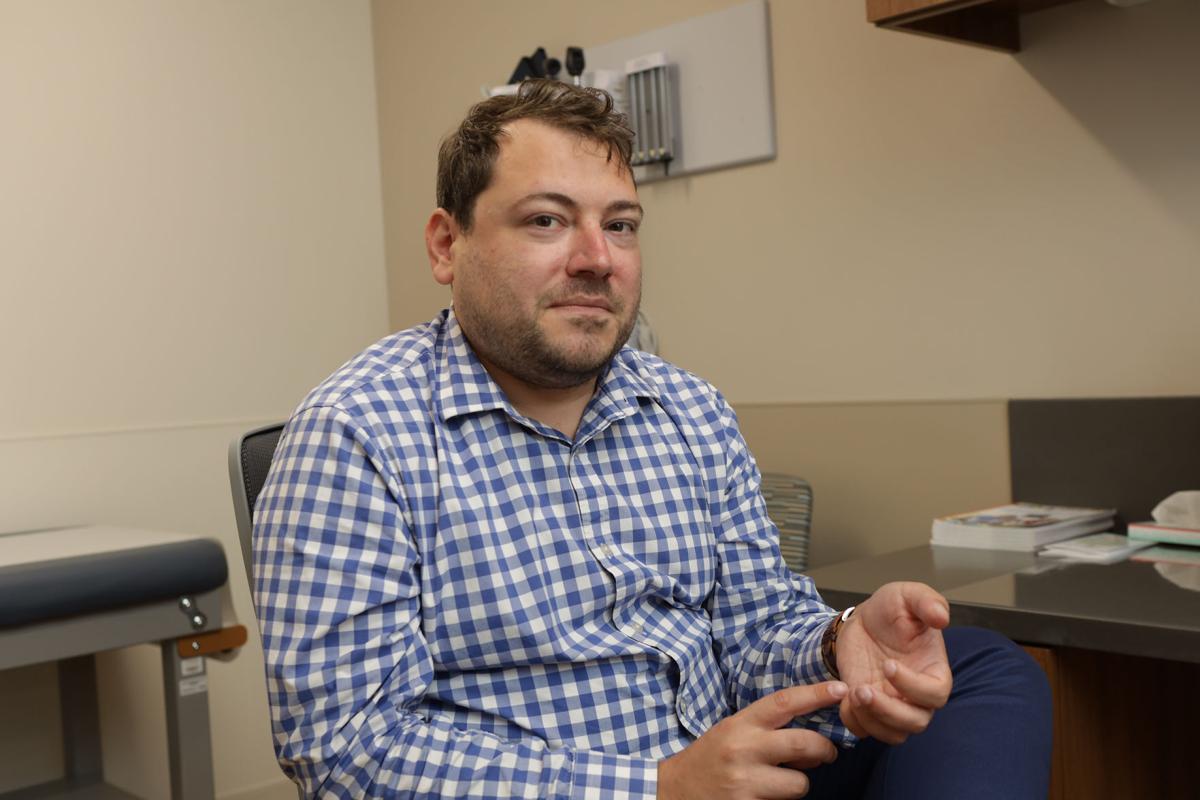 Dr. William Conte is a neuroimmunologist with Methodist Hospitals.

Though many of the nearly 100 autoimmune diseases are considered rare, experts estimate that as many as 50 million Americans live with one.

For reasons unknown, those numbers are rising.

In a study published last year in the journal Arthritis and Rheumatology, researchers found that the prevalence of the most common biomarker of autoimmunity was significantly increasing, particularly among certain groups including males, non-Hispanic whites, older adults and adolescents.

Yet there’s still a lot of unknowns around why some people develop autoimmune diseases and how to prevent them. Researchers, however, say getting treatment early can help slow the progression of the disease and improve quality of life.

Here are some common questions we posed to local physicians about autoimmune diseases, their cause and how doctors are treating them today.

With nearly 100 autoimmune disorders identified, what do they have in common?

What are some of the most common autoimmune disorders?

Some autoimmune conditions affect joints, while others affect the bowel, skin or kidneys, Sessions said. Others can affect several organs or body systems at once.

“Some of the most common autoimmune conditions rheumatologists treat are rheumatoid arthritis, lupus and psoriatic arthritis,” she said.

While autoimmune disorders in the central nervous system aren’t as common, multiple sclerosis is by far the most common, says Dr. William Conte, a neuroimmunologist with Methodist Hospitals.

Nearly 1 million people in the United States have MS, he says.

Are there new autoimmune disorders?

Others are newly discovered disorders such as VEXAS syndrome, which scientists at the National Institutes of Health discovered in 2020 after they evaluated multiple genes associated with inflammation and were able to compare them to an NIH database of about 2,500 patients — all with similar symptoms and with the same mutation in a gene called UBA1.

“As a whole, rheumatology continues to be a dynamic field where we continue to learn about the immune system, how genetics and environment play a role in the immune system and how different medications can help treat these different conditions,” Sessions said.

“We simply do not know,” says Dr. Tarek Kudaimi, a Community Care Network physician on staff at Community Hospital, St. Catherine Hospital and St. Mary Medical Medical Center. “This has been an ever-perplexing question.”

This stems from the complexity of autoimmune diseases, he says.

“To simply put it, we have certain genetic builds — most likely a combination of genes involved in the disease when it comes to autoimmune disease as opposed to other genetic diseases involving one single gene,” Kudaimi said. “Then, we have types of triggers from outside the body.”

This is a very wide spectrum of triggers that while scientists are familiar with some, most are unknown, he said.

“Examples of possible triggers include smoking, environmental pollution, viruses, bacteria and food, among others,” he said. “The triggers turn on certain susceptible genes.”

“That creates the antibodies we see on blood tests, and they precede the actual disease by years and sometimes longer,” Kudaimi said. “It is important to know that the activation of the immune system may or may not end up with an actual disease.”

“There is a genetic susceptibility that someone is either born with or develops later,” he said. “But that gene alone will not cause MS. You need a second hit, which is an environmental trigger to get MS.”

Can autoimmune diseases be prevented?

There isn’t yet evidence that autoimmune disorders can be prevented, Kudaimi says. However, there are ways to reduce one’s risk, he says.

These include eating a healthy diet low in sugars and processed foods, exercising, getting quality sleep and managing stress, he said.

How is an autoimmune disease diagnosed?

A patient who may have MS likely will seek out medical care due to symptoms, such as weakness, numbness or vision loss, Conte said.

“MS is then formally diagnosed based on changes on an MRI of the brain or spine,” he said. “Sometimes we test the cerebral spinal fluid, but this is not required in typical cases.”

Many other autoimmune diseases are diagnosed through history and physical exams, Sessions said.

“This needs to be emphasized to the public that labs and images are only secondary in importance when it comes to diagnosing autoimmune disease,” she said. “The role of the clinician is to confirm the initial suspicion. Diagnosis is usually reached through a combination of history, physical exam and appropriate testing that fits the clinical context.”

How are autoimmune disorders treated?

There is no one treatment utilized for all autoimmune disorders, Sessions said.

“Treatment is typically aimed at calming down the immune system to prevent further attacks on self,” she said.

Specific treatments depend on the diagnosis, the presence of organ damage and other conditions.

“For example, oftentimes, Sjogren’s syndrome is aimed at treating symptoms of dryness, especially dryness affecting eyes and mouth,” she said. “Hashimoto’s thyroiditis is treated by monitoring thyroid levels and treating the thyroid without any medication aimed to suppress the immune system. Celiac disease, an autoimmune disorder (exacerbated) by eating gluten, is treated by following a strict gluten-free diet.”

Are there new advancements in the treatment of autoimmune diseases?

New disease-modifying therapies are coming out all the time, Conte says.

“We are learning more and more about MS that allows us to come out with more specific therapies for MS,” he said.

The most recent advancement in autoimmune diseases are biologic therapies that target and block certain mediators that are crucial to the continuation of the abnormal immune reaction, Kudaimi says.

“In other words, biologics are genetically engineered proteins,” he said. “Unlike other rheumatoid arthritis medications, for example, that affect the entire immune system, biologics instead zero in on specific parts that control the inflammation process. The action of those therapies results in improvements and at times slowing down of the disease process.”

Because there are dozens of autoimmune disorders, Conte stresses it’s important to see a qualified specialist for a person’s specific condition.

Experts estimate that as many as 50 million Americans live with an autoimmune disease. These numbers are rising, but so are treatments.

Being back-to-school time, making sure kids are up to date on vaccines is something many parents have on their to-do lists. And that goes for college kids, too.

Go ahead and have that mac 'n cheese. It's called comfort food for a reason.

Road to fitness starts with choosing the right personal trainer

When you’re looking to get in shape and live a healthier life, you don’t have to go at it alone.

Being outside, active or not, works to brighten moods

One of very few positive things to come out of the COVID-19 pandemic has for many people been a newfound appreciation for the great outdoors.

Dr. William Conte is a neuroimmunologist with Methodist Hospitals.