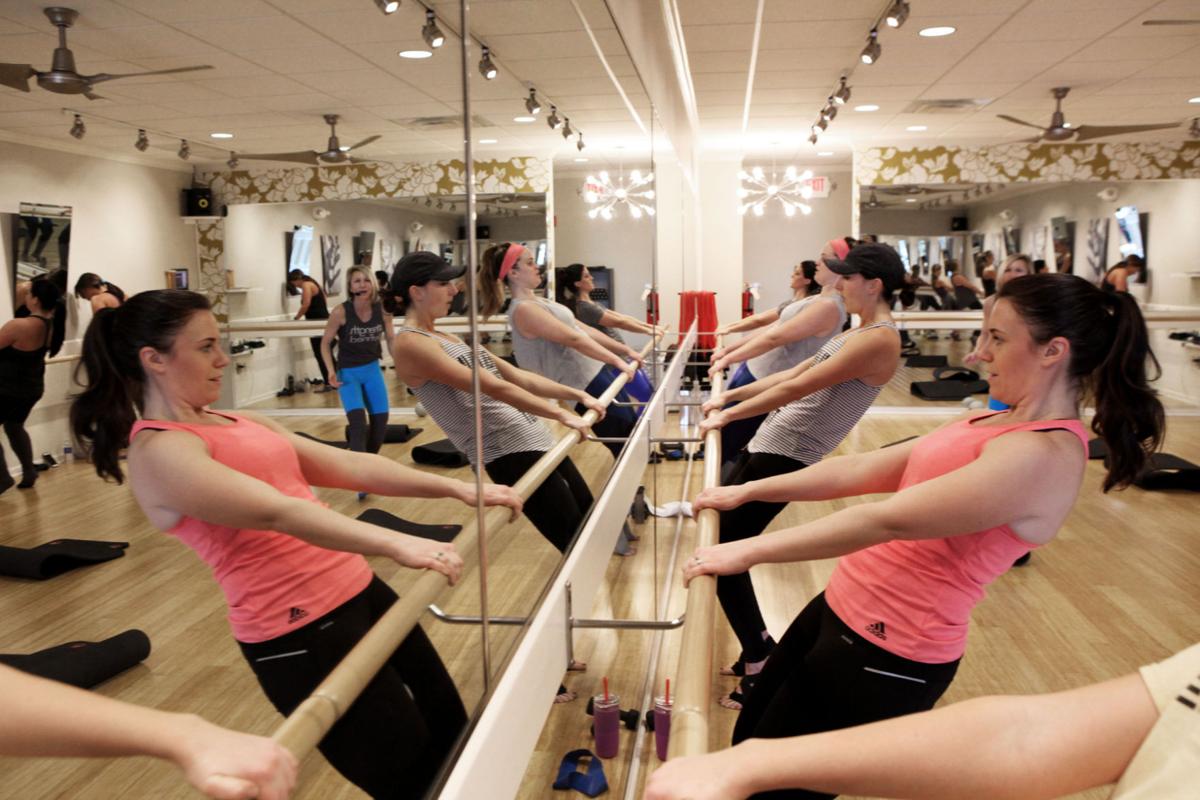 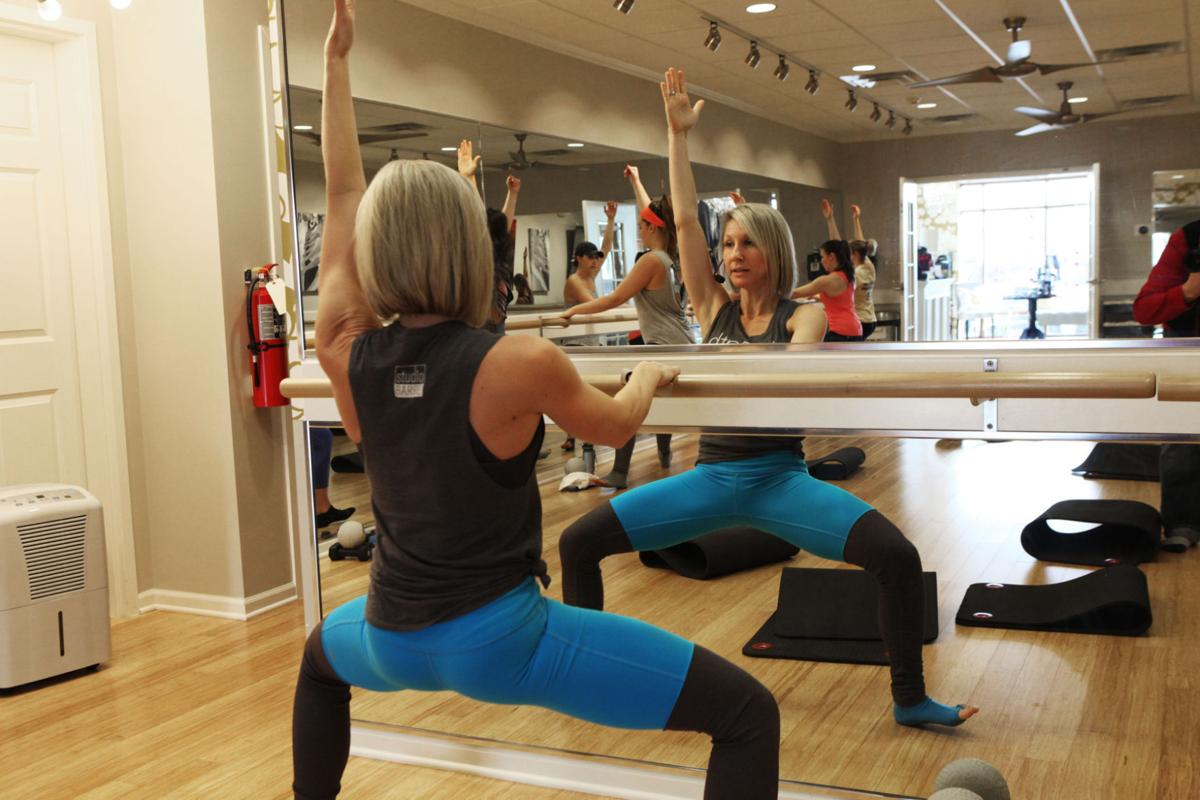 Tabitha Davis of Schererville is an instructor at Studio Barre Crown Point. 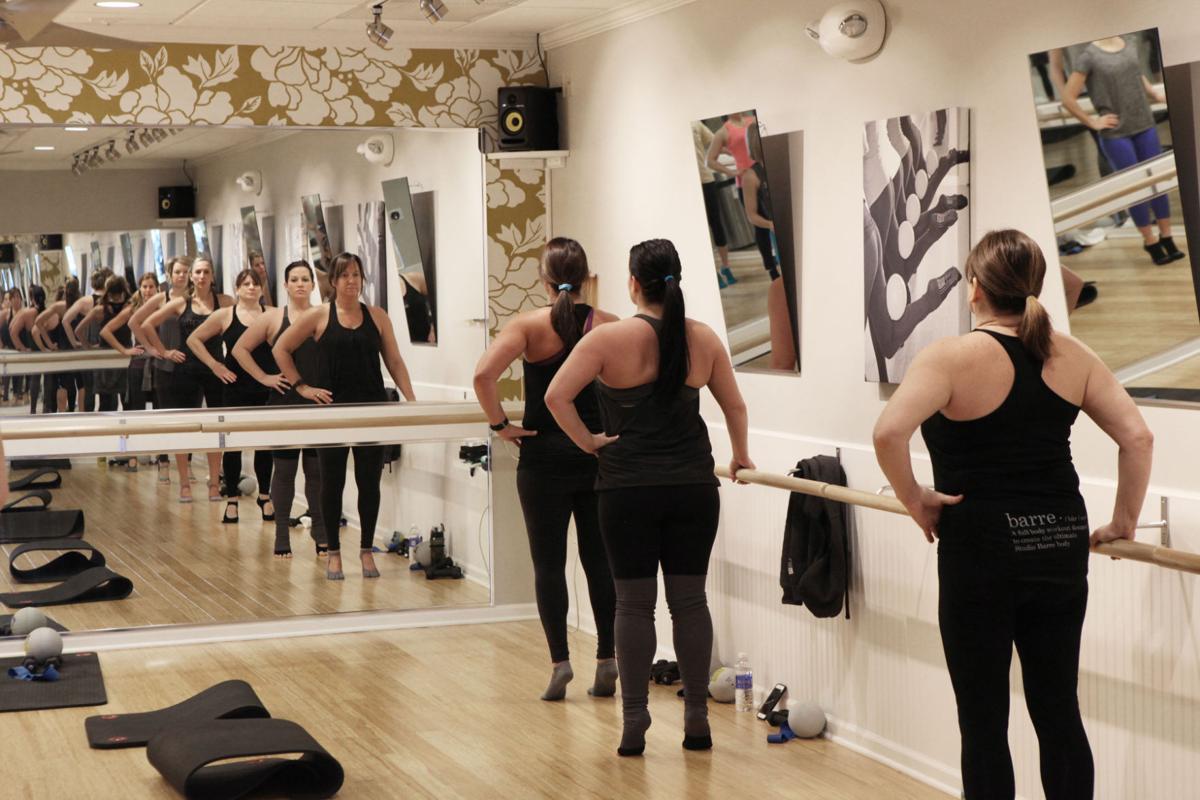 The barre method uses isolated ballet movements combined with some Pilates and yoga for a full-body toning workout.

Over the past year, barre workouts have become the latest trend to hit the Northwest Indiana fitness arena. The barre method uses isolated ballet movements (and a ballet barre, obviously) combined with some Pilates and yoga for a full-body toning workout. While fitness centers have been holding barre classes for a while, several studios are now opening up that specialize in it.

I’d been hearing so much about this new phenomenon that I wanted to try it for myself. I used to do ballet when I was younger, I thought. How hard could it be?

I visited Studio Barre in Crown Point, a quaint new space with cheery, modern décor located in the town’s Sportsplex compound. My instructor was Tabitha Davis of Schererville, an energetic, efficient woman in great shape. Clearly this whole barre thing is working for her.

They set me up with a mat, band, and a small ball. The receptionist who was helping me asked what size weights I wanted. I considered saying eight pounds but decided on five. I hoped people wouldn’t think that was a wimpy choice. Right before class began, however, Tabitha warned us that if we used anything above three pounds we might be in for a hurting. So I switched, wondering what kind of torture might be ahead of me if three-pounders were considered the high end of the spectrum.

The class started with a bang. I was expecting a slow warm-up but instead, we launched right into upper body work with the free weights (yeah, three pounds was enough) and pushups. All of the movements in this class are quick, driven by the beat of energizing pop music. Tabitha told me later that “motivating music” is one of their basic tenets; it keeps people going. I found myself internally singing along to many of the songs, a nice little distraction from the pain.

We then moved to the barre, using the small ball to squeeze our legs while simultaneously doing pliés, squats and relevés. We were constantly facing different directions—sometimes the “funky chandelier,” other times the “beautiful boutique.” You wouldn’t expect to hear those words at a workout class, but here this use of language is very intentional: this is a desirable place to be. When you have pretty things to look at, the whole experience is a little more enjoyable. Even when your muscles are screaming to stop.

Every once in a while we would pause to stretch, which made me excitedly think the workout was over. (And yet, I didn’t want it to be over.) Alas, following the stretch we’d go into another set of moves—squats, leg lifts, some with weights or the band, some without. The moves are small but surprisingly difficult. “This class works every inch of your body,” says Whitney Holtz of Crown Point, one of the class members who’s been attending Studio Barre since it opened last September. “It makes places hurt that you didn’t even know could hurt.”

All throughout the class, Tabitha helped ensure that people were using the right form by repositioning them when necessary. “It’s a hands-on class, literally,” she laughs. “You can see I’m touching tushes all over the place!” She also frequently complimented individual class members on their hard work or good form, amazingly remembering everyone’s name. (At one point she called me “Superstar Julia,” which made me smile and also work harder. I didn’t want to let her down.)

The class finished with ab work that followed the same vein as the rest of the class—small, quick movements that make you feel like your abs might actually break. Then, the glorious final stretch. For real this time.

Although the class was much more difficult than I was expecting, I can see why people keep coming back. It’s clearly effective—it wouldn’t be as painful if it weren’t—and it was kind of fun. “People say they feel long and lean when they leave,” Tabitha says, and Whitney adds that going through the tough parts with other women makes it worthwhile. “We’re laughing through the pain together.”

8 health stats to pique your interest

Pick Up the Pace

5 tips for sitting properly at your desk

When you think of a job that is difficult on your spine, do you envision a desk job? Probably not, but you should. Research has linked sedenta…

Exercise as a treatment for chronic disease

It’s been proven that exercise helps fight disease, but those who already have chronic health issues must approach exercise differently than t…

Work out in nature in Northwest Indiana

Working out can be done just about anywhere—whether it’s in front of your TV on a treadmill, doing chores around the yard or taking a stroll a…

WINTER FITNESS: Working out in the elements in NWI

When the weather dips below freezing and the snowflakes fall from the heavens, many of us head inside to the gym or stay home with our workout…

Tabitha Davis of Schererville is an instructor at Studio Barre Crown Point.

The barre method uses isolated ballet movements combined with some Pilates and yoga for a full-body toning workout.