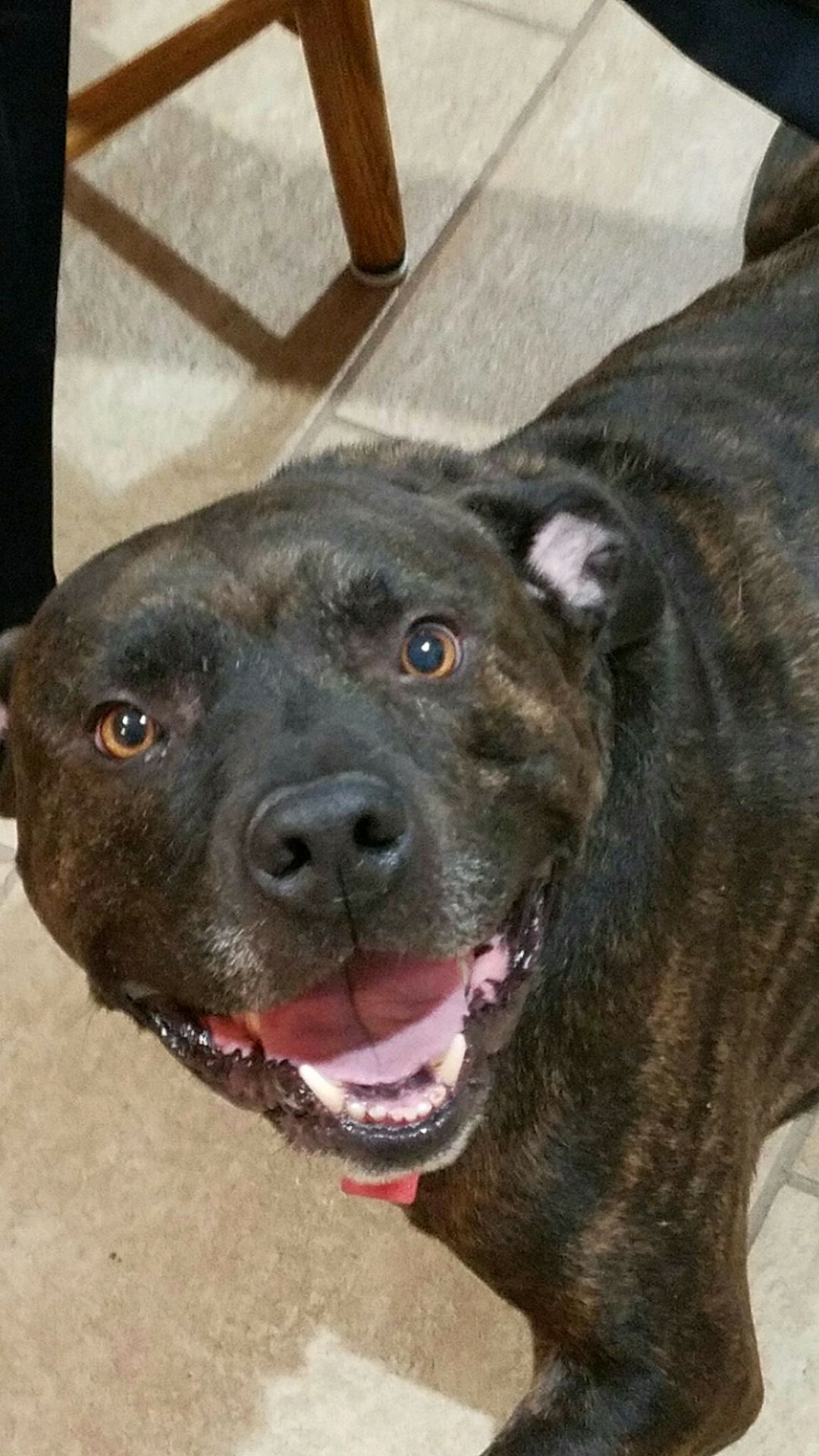 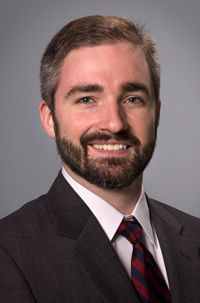 Who wouldn’t with Rico’s contagious smile and soulful eyes?

The New Carlisle resident had just lost her 11-year-old pitbull, Kapone, and sought comfort from another four-legged friend in need of a home. That’s when she came across Rico’s photo on the Michiana Humane Society’s website.

“It truly made me melt and made me feel more at peace with Kapone passing away," she said. “I met Rico that afternoon and as soon as they let me have alone time with him and shut the door, I shed so many tears of happiness and joy. Rico made my heart feel at ease and put a genuine smile on my face.”

Her happiness turned to fear, however, when three months after she adopted Rico, she noticed a slight limp in his right front leg. Sommers suspected at first it was simply from roughhousing with her kids, but after the limp continued to come and go, she knew something was wrong.

“The third time it came back, it came back with a vengeance and it was excruciating for him, so I took him into the vet immediately,” she said. “They did an X-ray on the spot and diagnosed him that moment with osteosarcoma — bone cancer — in his paw and arm joint.”

The diagnosis would be a blow for any pet owner, but it was especially hard for Sommers, who had just lost Kapone to liver cancer.

It’s estimated that about 1 in 2 dogs, particularly those older than 10, and about 1 in 3 cats in the United States die of cancer, says Dr. Michael Childress, an associate professor of comparative oncology with the Purdue University College of Veterinary Medicine. “Dogs and cats both get cancer with about the same frequency as humans do,” he said.

As is the case with humans, more than 100 types of cancer have been documented in dogs and cats, Childress said, though some are more common than others. In fact, the spectrum of cancers that affect dogs and cats differs starkly from that in humans.

Most human cancers are carcinomas, tumors arising from the tissues that line the skin, respiratory tree, stomach, intestines and secretory glands — such as those in the breast or pancreas.

“Most cancers in dogs and cats, on the other hand, are sarcomas, tumors arising from the so-called connective tissues of the body, such as bone, muscle, blood and other supporting tissues that more or less hold the body together,” Childress said.

“As is the case in humans, the risk of cancer in both dogs and cats increases with advancing age,” Childress said.

Because the warning signs of cancer can vary greatly, Childress advises pet owners to have a general idea of the cancers more common to their breed so they can monitor for them more carefully. Boxers, for example, are at high risk for brain tumors and lymphoma, whereas Scottish terriers are at high risk for bladder cancer.

Researchers haven’t determined what causes most pets’ cancer, though some risk factors have been identified, Childress said.

For example, the feline leukemia virus increases the risk of lymphoma in cats by a factor of about 60, an astronomical figure, he says.

Vaccinating cats at high risk for the virus, however, provides some protection.

Exposure to excessive ultraviolet light from the sun can cause dogs and cats to develop skin cancer, which is most common in pets with light skin and white or mostly white coats.

“The areas of the body typically affected are those with little hair coverage,” Childress said. “These include the nose, corners of the eyes and borders of the ears in cats, and the belly and groin regions in dogs.”

Other environmental factors that may increase the risk of certain cancers in dogs and cats include certain herbicides or lawn chemicals, asbestos, cigarette smoke and proximity to sources of urban air pollution or unregulated waste disposal, he said.

Cancer treatments for dogs and cats are similar to those used in humans. “Surgery, radiation therapy and chemotherapy all play major roles in the treatment of pet cancers,” Childress said.

In Rico’s case, his veterinarian recommended immediate treatment, including a leg amputation up to the scapula and chemotherapy at Purdue. He finished his last treatment in February.

“The doctors gave him about a year to 400 days after the amputation and chemotherapy,” Sommers said. “He’s currently six months into that and doesn’t show any signs of slowing down.”

The last two decades have seen the introduction of a number of cancer therapies for pets, including Palladia, the first Food and Drug Administration-approved drug to treat mast-cell tumors in dog.

“It is highly likely we will continue to see new cancer therapies specifically designed for dogs and cats in the coming years,” Childress said.

HIGHLAND — As part of a complete rebrand, the former Humane Society Calumet Area has a new name, shelter location and mobile adoption vehicle.

Proper diet, exercise can keep pets on all fours

Orthopedic issues can cause severe pain in pets, but veterinarians say there are ways to prevent or minimize these agonizing conditions or injuries.

How not to get sick from your pet in Northwest Indiana

We’ve all done it. After leaving our pets for an extended amount of time, we come home and get face-to-face with them to show them how much th…

When Lt. Joe Martin of the Griffith Fire Department saw an ad on Facebook advertising “Kits for K9s” last year, it interested him, though he w…