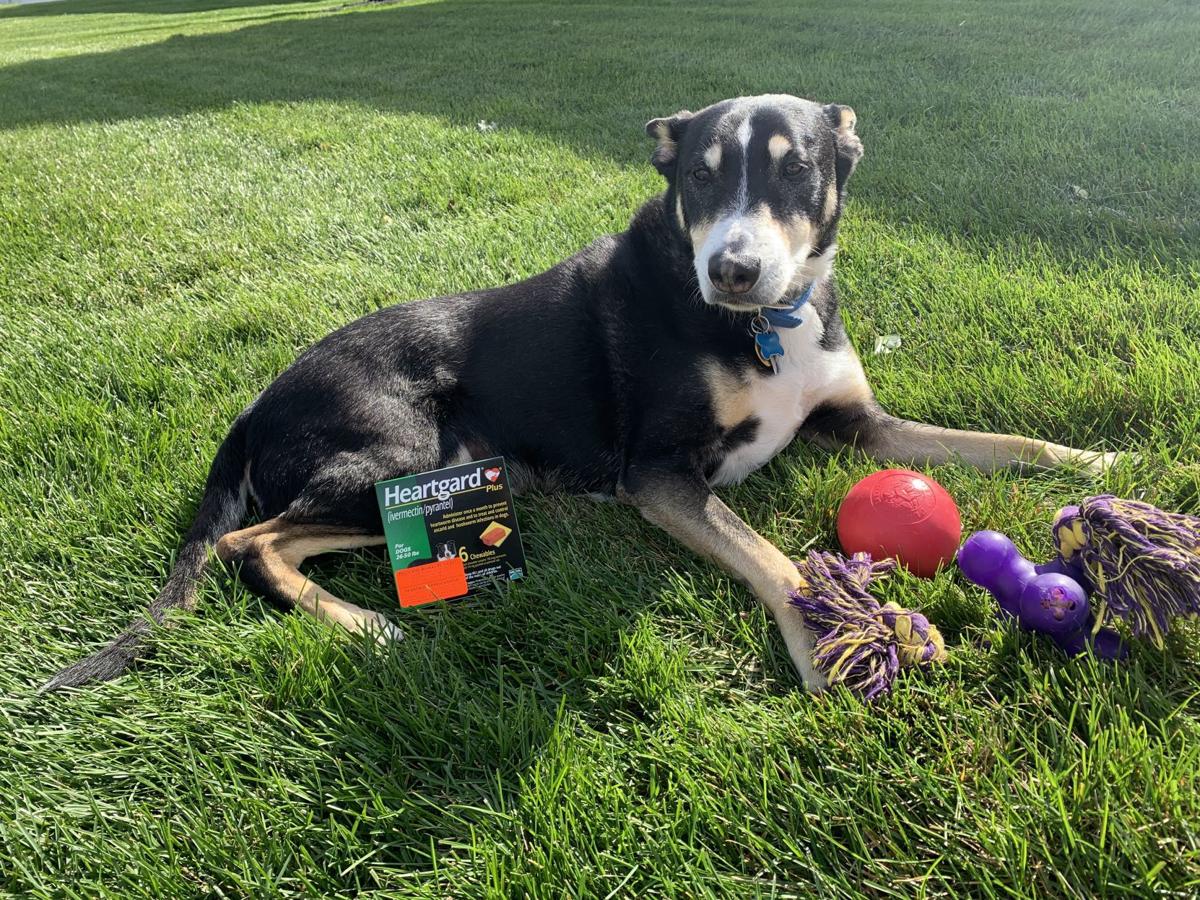 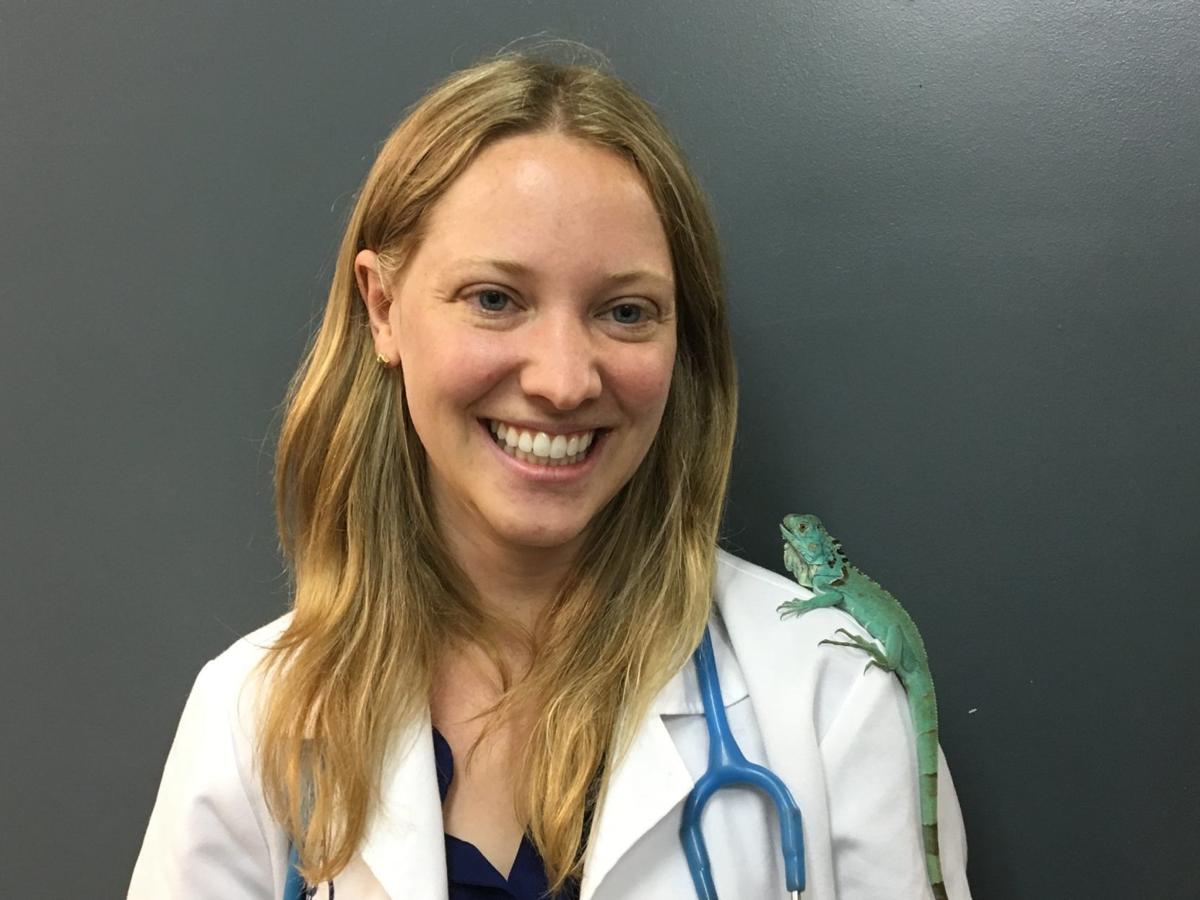 Though temperatures are cooling, now may not be the time to pause heartworm and flea prevention for the family dog.

“In recent years, the weather has become so variable, that we may have a warm day in winter month, and a (University of) Notre Dame study I read noted that mosquitoes and fleas can come out in temperatures of 30 to 40 degrees,” she said. “Because of this, I can no longer say when it’s safe to stop giving heartworm medication.”

“In this area, we see about five to 10 cases of heartworm per year,” she said. “With how the weather is lately, we might have a 60- to 70-degree day in December, and the bugs become alive again. Without preventive methods, pets are at risk."

That risk extends to indoor pets, because mosquitoes, ticks and fleas can live inside, she adds.

Heartworm is a vector-borne disease — not spread from animal to animal — and is probably the most dangerous for pets. According to the Atlanta-based Centers for Disease Control and Prevention, “vectors are mosquitoes, ticks, and fleas that spread pathogens. A person who gets bitten by a vector and gets sick has a vector-borne disease.”

“Heartworm disease is a serious disease that results in severe lung disease, heart failure, other organ damage, and death in pets, mainly dogs, cats, and ferrets,” according to heartwormsociety.org. It is caused by a parasitic worm called Dirofilaria immitis transmitted by a mosquito bite that lives in the heart, lungs and blood vessels of an infected animal. Wozniak explains says it takes about six months for the worms to grow after a bite.

“The worms look like spaghetti noodles and impede blood flow,” she noted. “They stay in the right side of the heart and the right amount of blood can’t get through. The heart muscle stretches to compensate, and you then see symptoms of heart failure.”

Of the spaghetti-like worms, the Food and Drug Administration says males are about 4-6 inches long and females about 10-12 inches. “The number of worms living inside an infected dog is called the worm burden. The average worm burden in dogs is 15 worms, but that number can range from 1 to 250 worms,” according to the FDA.

The FDA recommends that dogs 7 months and older be tested annually for heartworms before starting heartworm prevention. Preventive medications won't kill the worms in a dog with heartworms, and it can be harmful or deadly.  Treatment for heartworm, a drug derived from arsenic, lasts six to nine months, Wozniak adds.

Symptoms can include a sickly appearance, breathing trouble, persistent cough, fatigue after mild activity and heart failure. The most extreme symptom, per the FDA, is caval syndrome, where there is such a heavy worm burden that it blocks blood flowing back to the heart: "Caval syndrome is life-threatening and quick surgical removal of the heartworms is the only treatment option." Not all dogs with heartworm develop caval syndrome, but most with it die even with surgery, which is risky, according to the FDA. Left untreated, heartworm will damage the dog’s heart, lungs, liver, and kidneys, eventually causing death, the FDA notes.

Pills given to dogs monthly can prevent heartworm. For pet owners who may not remember that regimen, Wozniak recommends the ProHeart 6 or the recently FDA-approved ProHeart 12 heartworm injection.

“The ProHeart 12 is a reformulation of a current injectable heartworm treatment called ProHeart 6 and has been used in Europe and Australia for 15-20 years, and both are very effective,” she explained. “The ProHeart 6 lasts for six months and the ProHeart 12 lasts for a year. The injectable is good for dogs with a dietary sensitivity to the tablet.”

But she notes that ProHeart 6 and 12 don’t protect against intestinal parasites, whereas the Heartgard tablet also protects against hookworm and roundworm.

Cats and ferrets need heartworm prevention, but Wozniak adds that risk needs to be discussed with the veterinarian.

“Heartworm disease in cats is not treatable, as the drugs are too toxic for cats. It takes fewer worms to kill a cat,” she said. “As far as fleas and earmites, we recommend a product called Revolution, a liquid administered on the back of the neck that is an all-in-one product to kill parasites.”

Wozniak notes that other pets could be at risk for heartworms, fleas, ticks and other parasites, especially in a household with multiple pets, who would all have to be treated to rid the house of the disease.

As many pet owners know, a trip to the vet is not always a day at the dog park. To ease the process, a few animal hospitals in Northwest Indiana and the surrounding areas offer mobile veterinary services to serve the need of their  clients — human and furry.

All of these adorable animals are up for adoption.