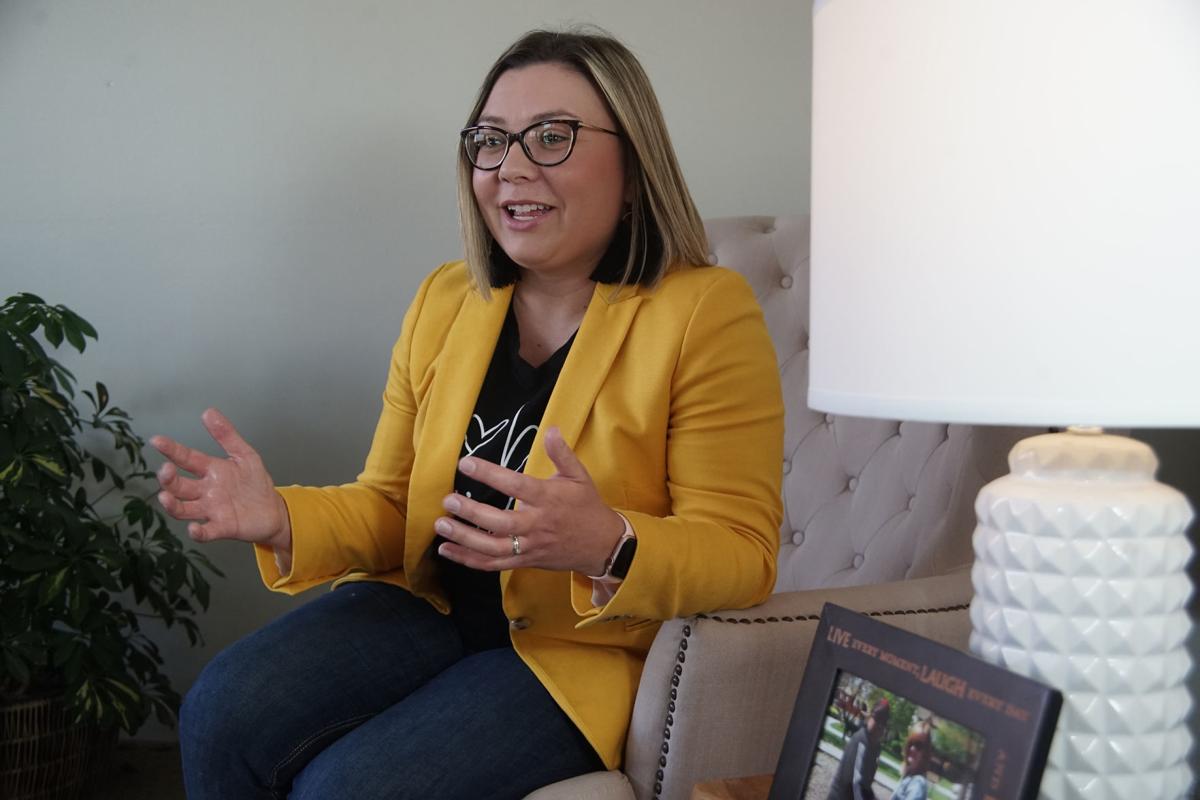 Angelica Arreola, family therapist and co-founder of Benchmark Parenting in Northwest Indiana: "Co-parenting is done any time a child has two involved parents, so this includes a mom and dad, two dads, two moms or even two individuals who have never been in an intimate relationship, but have agreed to have a child together." 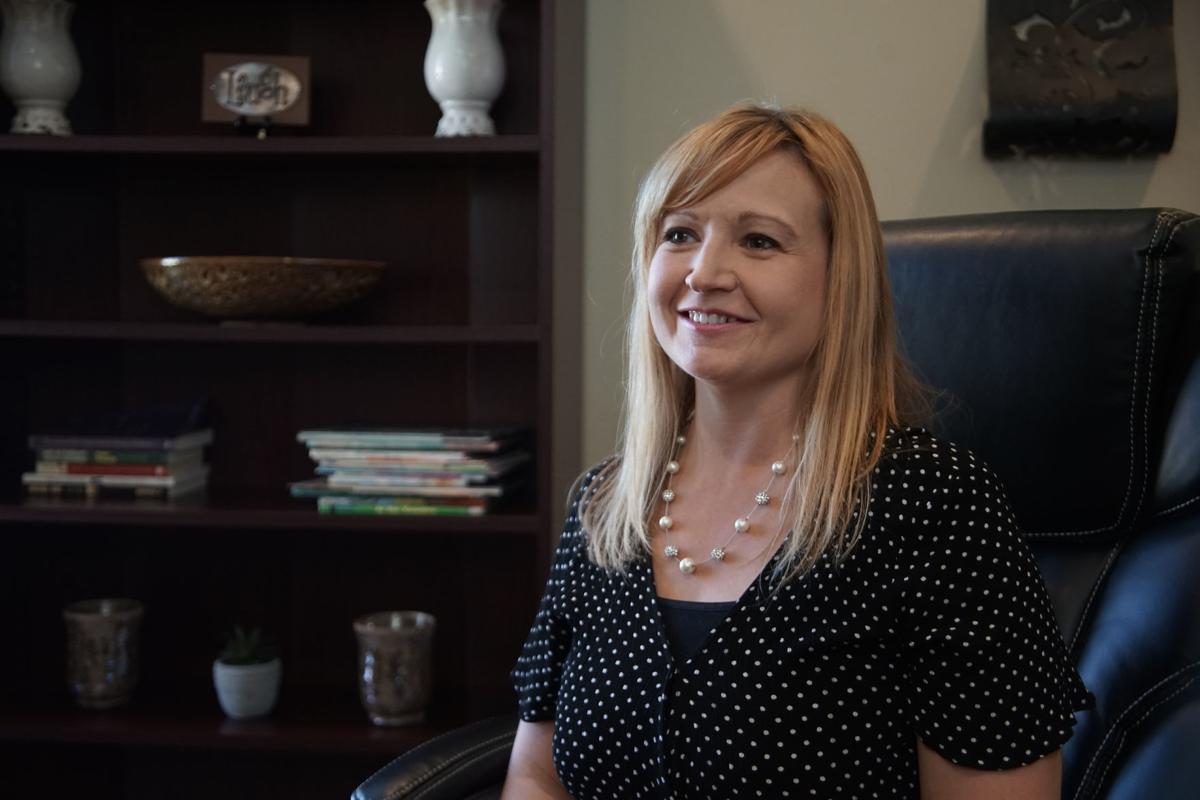 According to Aneece Alicea, a therapist at New Leaf Resources in Crown Point, "Parents need to respectfully and openly communicate with each other."

Thanks to celebrity couples such as Ben Affleck and Jennifer Garner, co-parenting has entered the mainstream to describe how many parents work together to raise their children even if they are no longer a couple.

However, this practice isn’t new.

There is no longer one dominant family structure in the U.S., according to the Pew Research Center.

Just ask Hope Mueller, who has been co-parenting for more than 15 years.

“My eldest two daughters, from my first marriage, were co-parented by their father and me,” she said. “My husband and I co-parent our 11-year-old with her mother, and we parent our 8-year-old together in a patchwork of effort of adults and older siblings.”

Mueller admits a lot can go wrong, but the best-selling Chicago author says they find success without chaos by setting boundaries and creating a strong foundation.

“The foundation of the relationship is the knowledge that everyone wants what is best for the child,” she said. “A solid co-parenting partnership can be built from that.”

Family relationship experts say it takes a lot of work.

To reveal some of the biggest misconceptions and mistakes of co-parenting, along with the steps parents can take to be successful, The Times reached out to three family therapists in the Region:

Is what we see as co-parenting a new way of parenting?

Arreola: I wouldn't necessarily say that it's new, but it also hasn't been around for very long in the grand scheme of things. Dads are increasingly taking a more and more active role in parenting, and continuing to maintain those responsibilities even after a separation or divorce.

I'd say there are certainly more couples who are co-parenting now than there were 50 or even 20 years ago. In the past, it was always believed that the best place for a child was with their mother. Now, we know better. What's best for a child is to have two involved parents.

What misconceptions exist about co-parenting?

Alicea: A main misconception about co-parenting that I’ve seen is that parents have to completely agree all the time. The truth is, even couples who are happy together do not always agree all the time about parenting.

Arreola: The biggest misconception is that co-parenting is something divorced couples do. In reality, co-parenting is done any time a child has two involved parents, so this includes a mom and dad, two dads, two moms or even two individuals who have never been in an intimate relationship, but have agreed to have a child together.

Jackson: One major misconception is that the way parents treat each other and co-parent will have little to no emotional or psychological impact on children.

However, changes in the home and splitting time between two homes certainly wears on children. To help ease any discomfort, parents are encouraged to agree on and seek professional psychological services for children.

This is a very important time to remain proactive rather than wait and be reactive if parents begin to notice negative impacts of the separation on the children.

What are some of the most common mistakes you see in co-parenting?

Arreola: There are several common mistakes when co-parenting, but the ones that are most likely to harm the child are:

Jackson: A big no-no is asking children to take sides, such as picking the parent they want to be with or saying who the better or more fun parent is. This will only create emotional angst for children who will grow to resent one or both parents.

Like making children take sides, bad-mouthing the other parent may lead to anger and resentment.

What co-parenting tips can you offer?

Alicea: One is that parents need to respectfully and openly communicate with each other. Plan times to communicate if that makes it easier. Try to be on the same page as much as possible. Children will sometimes try to split parents to get what they want. Some parents find it helpful to seek counseling to talk about co-parenting issues.

Arreola: Keep lines of communication open and update your ex regularly. This looks different from family to family. Sometimes it's a daily five-minute phone call; sometimes it's a weekly scheduled call. Your co-parent should know about anything that impacts your child, including when you start seeing someone new.

Recognize that co-parenting agreements will need to evolve. What's best for a 5-year-old won't necessarily work for a 15-year-old. This co-parenting relationship is an ongoing one.

Jackson: Communicate with one another often. Discuss what happens with children in one home so the same or similar occurs in the other home.

Angelica Arreola, family therapist and co-founder of Benchmark Parenting in Northwest Indiana: "Co-parenting is done any time a child has two involved parents, so this includes a mom and dad, two dads, two moms or even two individuals who have never been in an intimate relationship, but have agreed to have a child together."

According to Aneece Alicea, a therapist at New Leaf Resources in Crown Point, "Parents need to respectfully and openly communicate with each other."