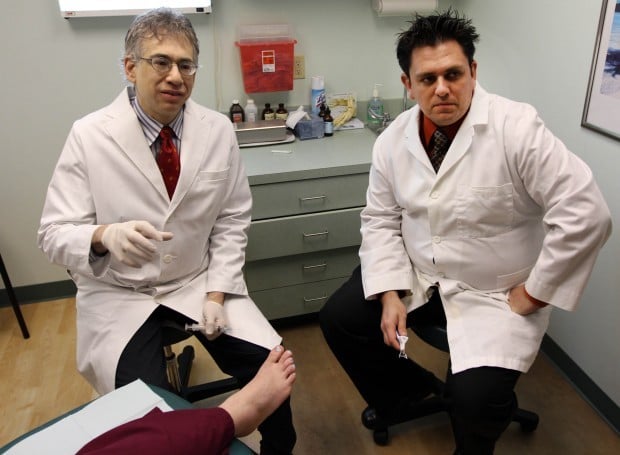 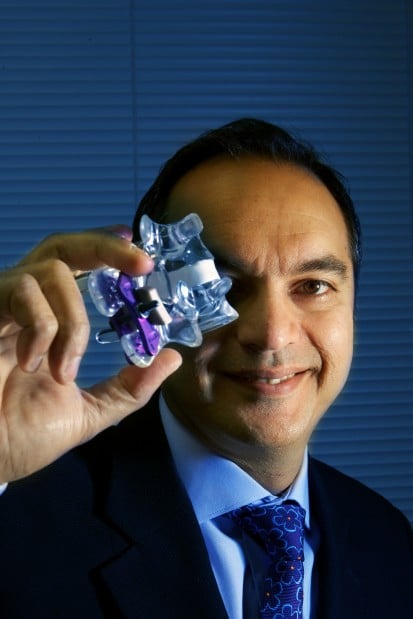 Everyone knows that high heels can be the ultimate sacrifice on the altar of “beauty is pain”. But is it true?

While high heels may be very bad for your feet, ankles and hips, they may actually be beneficial for some who suffer from back pain.

According to Dr. Nitin Khanna of Spine Care Specialists, high heels can relieve a bit of pain in the lower back region.

“High heels, in many patients, can make them feel better and can accentuate the curvature of the spine (sway back),” he says. “It can make discogenic back pain feel a little bit better, and with certain types of anatomy it can even be beneficial.”

But don’t run to the nearest shoe store just yet. While high heels can relieve back pain, they can cause pain in other areas that should not be ignored.

Dr. Khanna says that though the back may be feeling better, depending on the individual’s anatomy, high heels can place an unusual load on the hips that may be felt after long-term wear.

According to Dr. Michael Nirenberg, podiatrist with Friendly Foot Care in Crown Point, regular high heel-wearers will first notice pain in their feet which can spread to other areas of the body.

“When we walk we want the weight balanced between the front and heel of foot,” says Nirenberg. “When you take that heel away, you’re more likely to get deformities, bunions and pinched nerves, stress fractures and pain in the ball of your foot.”

High heels put more pressure on the ball of the foot, which also causes toes to be pushed together into a smaller space.

“People who wear heels long term will have their toes contract into ‘hammer toes,’” says Nirenberg. A narrowed toe box, such as can be found on high heels with pointed toes, can cause this condition.

Nirenberg sees high heels as an occasional decadent treat. “High heels now and then are OK; I look at it like a dieter having a bowl of ice cream once in a while.

Nirenberg advises his patients to look for a flat shoe, unless some specific type of support is needed.

According to Nirenberg, studies show that up to 88% of women will knowingly wear a shoe that is too small, which can result in pain and injury.

“Pain is a sign that something is wrong,” Nirenberg says. “If you have to take the shoes off after a couple of hours, or if they hurt, you probably shouldn’t be wearing those shoes.”

But it’s not just women. Khanna says that those on their feet for long hours, particularly industrial workers, should pay attention to footwear as well.

“A hard sole shoe without good cushioning, with repetitive wear and tear can accelerate degenerative disk disease in the lower back,” he says.

“The things we have control over—smoking, daily exercise, weight, core strength—if you can check all those boxes, they will give themselves a better chance of avoiding back, knee or ankle issue,” he says.