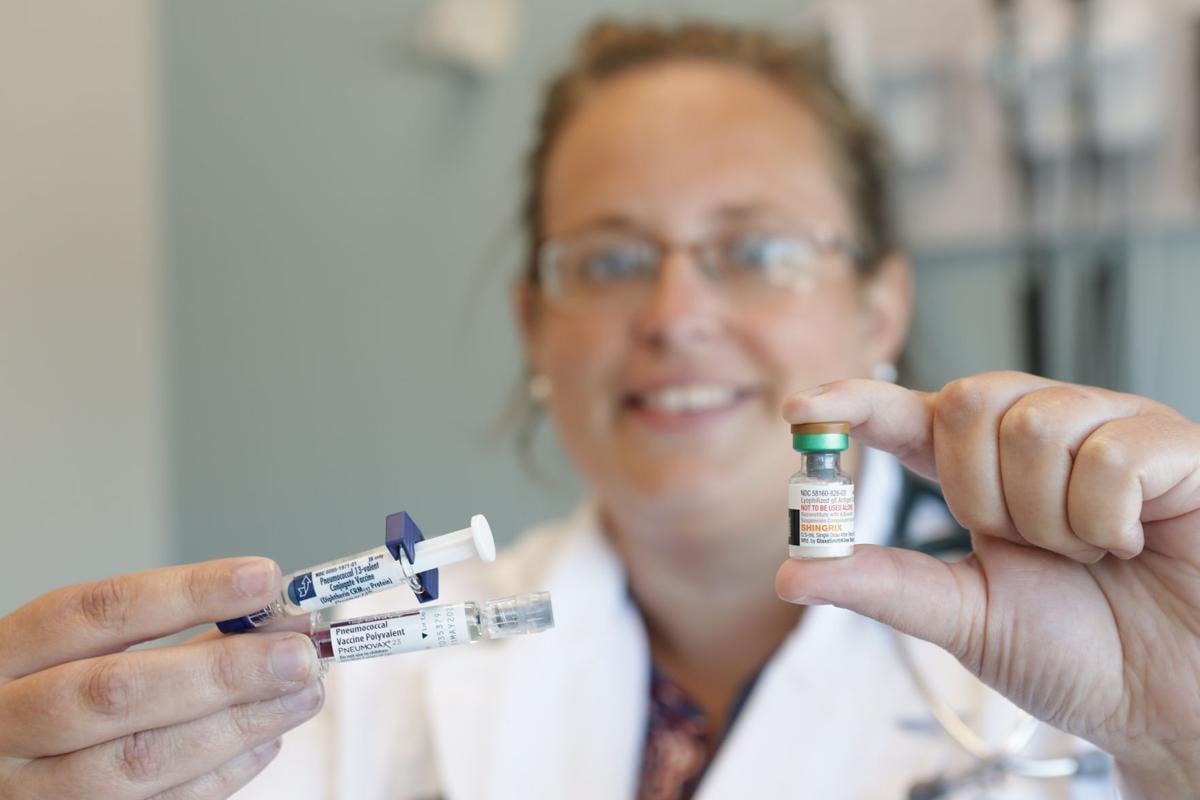 Dr. Teresa Sharma, a family medicine physician with Northwest Medical Group in LaPorte, shows some of the vaccine recommended for seniors. 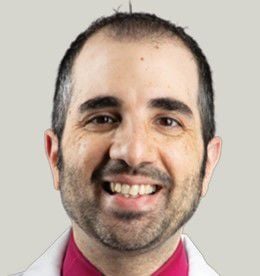 Often seniors think of vaccines as over and done, remembering the shots they received when young to prevent small pox, polio, measles, chicken pox, tetanus, diphtheria and pertussis.

Some also worry that getting vaccinated is too risky because of their age. But instead, because of their vulnerability and fragility, it’s extremely important that adults age 65 and older keep their vaccines current as they are at a higher risk of complications from the diseases than those who are younger. That’s because even if you were vaccinated as a child, your immunity might have faded, and newer and more effective vaccines may now be available.

Data from John Muir Health, a system of providers in the San Francisco area, show that preventable diseases can pose the risk of significant illness and  death in unvaccinated seniors.

“The United States does a fairly good job at vaccinating infants and children,” says Dr. Teresa Sharma, a family medicine physician with Northwest Medical Group. “Unfortunately, the U.S. does not do as good of a job at vaccinating elderly people. Many adults feel vaccinations are not necessary or worry about potential side effects. However, people 65 and older are at a higher risk of contracting preventable illnesses. Even prior to the COVID pandemic, thousands of seniors were dying annually from vaccine-preventable diseases.”

“There are two kinds of pneumococcal vaccines available in the U.S.,” he says. “Pneumococcal conjugate vaccine or PCV13 (Prevnar-13) for individuals with immunocompromising condition, cochlear implant or cerebrospinal fluid leak and Pneumococcal polysaccharide vaccine or PPSV23 — Pneumovax-23.”

People 65-plus should receive the high dose flu vaccine says Sharma, noting that the high-dose quadrivalent vaccine contains four times the amount of antigen as a regular flu shot so it's associated with a stronger immune response.

But Sharma reminds that the flu vaccine must be administered every year to help ensure its effectiveness against current strains. Seniors should get the shot between September and April annually.  Though the shot is no guarantee you won't get the flu, research shows that vaccinated people who do get it are less likely to require hospitalization and intubation.

“A large study looking at the efficacy of the quadrivalent vaccine found that adults who received it had 24% fewer influenza infections as compared to the regular flu vaccine,” she says.

Shingles, an often painful condition that can develop in people who have had chicken pox, also can be controlled with a vaccine.

“The medical literature states that there was 89% reduction in risk of Herpes zoster compared with placebo in adults 70 years or older,” Joudeh says of the virus that causes shingles.

Herpes Zoster manifests as a painful rash usually on the trunk.

Shingrix, a vaccine to combat shingles, was approved by the Food and Drug Administration in 2017 and is recommend for healthy adults 50 and older.

Those numbers are a 30-40% improvement from Zostavax, the vaccine first used against shingles. Shingrix is recommended, even in patients who have received Zostavax.

Diphtheria used to be a widespread threat. During the peak of the diphtheria epidemic in 1921, 206,000 people died in the U.S.alone from the bacteria that that causes swelling of the mucous membranes, including in the throat, that can obstruct breathing and swallowing. A vaccine was introduced in the mid-1920s, and deaths have dropped dramatically since then.

“ A complete vaccine series has a clinical efficacy of virtually 100% for tetanus and 97% for diphtheria,”  according to the Centers for Disease Control and Prevention, says Joudeh.

Of course, the COVID vaccine rocketed to the top of the list of vaccines recommended for seniors — and everyone else.

Joudeh says that the CDC says patients can get a COVID-19 vaccine and other vaccines at the same visit and no longer need to wait 14 days between the different vaccinations.

“Vaccines are an important tool to help you reduce your risk of acquiring certain infectious diseases,” he says. “You should meet with your doctor to learn more about vaccines and to understand the risks and benefits of each vaccine and how they apply for you.”

How to eat, drink (in moderation) and age well

A variety of foods and lifestyle habits may help maintain physical and mental health well into our golden years.

Seniors return to social centers as bingo, exercise and classes open back up

Senior centers are evaluating which popular social activities to bring back now that many have re-opened. There’s no doubt the interest is there, directors say.

Consultation, preparation key when it's time to stop driving

It’s the inevitable age-related discussion that no one on either side of the table wants to have: When is it time for an elderly friend or family member to stop driving?

Exercise can help ease the discomfort and tightness of arthritis

Those living with arthritis understand that it can cause pain and stiffness, but that doesn’t mean they should avoid activity.

Along with living longer comes a common concern of a large percentage of seniors: The fear of outliving their money.

Dr. Teresa Sharma, a family medicine physician with Northwest Medical Group in LaPorte, shows some of the vaccine recommended for seniors.