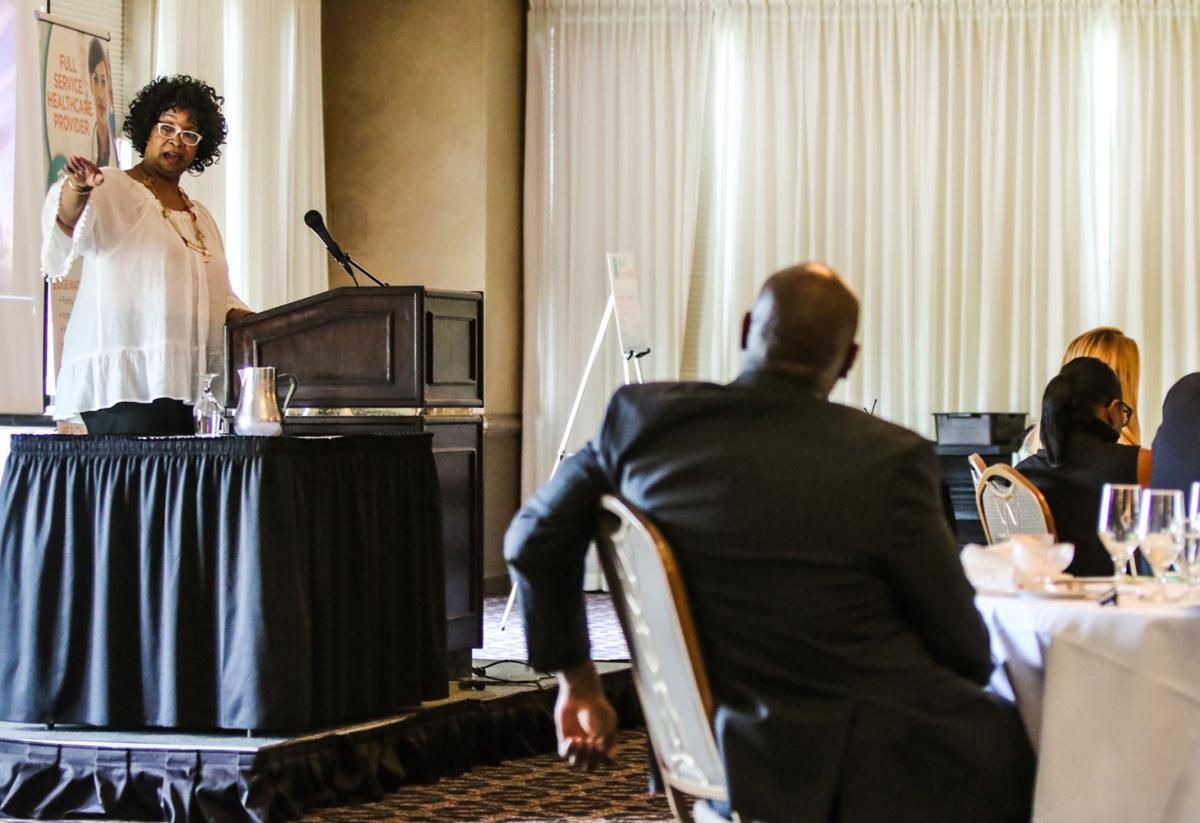 Dr. Lonise Bias gave the keynote address at the Mental Health Awareness Lunch at Avalon Manor in Hobart in late May. With Star Plaza out of the picture, other regional venues have benefited. 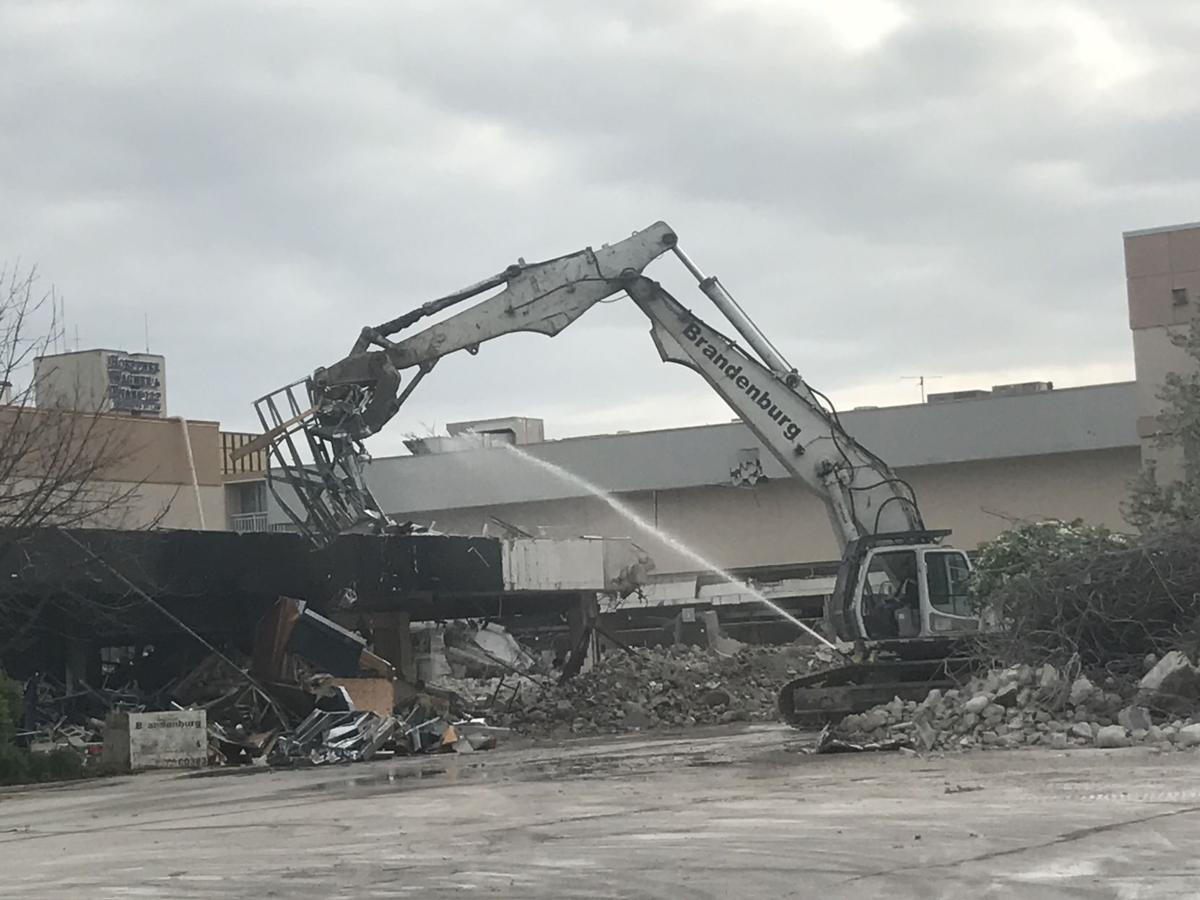 The Radisson at Star Plaza hotel was torn down earlier this year.

Dr. Lonise Bias gave the keynote address at the Mental Health Awareness Lunch at Avalon Manor in Hobart in late May. With Star Plaza out of the picture, other regional venues have benefited.

The Radisson at Star Plaza hotel was torn down earlier this year.

The Star Plaza Theatre and Twin Towers sit nearby as short-timers on death row, waiting to be demolished next year to make way for White Lodging's redevelopment of the high-profile site at U.S. 30 and Interstate 65.

The Region's biggest conference center vanished from the scene in Northwest Indiana, and the iconic Star Plaza concert hall that hosted greats like Liberace and Jerry Seinfeld will soon follow suit, but the show must go on. Concerts have migrated to venues like The Venue at Hammond Horseshoe Casino and Stardust Event Center at Michigan City’s Blue Chip Casino, while local gatherings and conventions have shifted to Avalon Manor in Hobart and Fair Oaks Farms south on I-65.

The Steel Pen Writers’ Conference for instance took place at Fair Oaks Farms in October. Other conferences once held in Merrillville moved farther afield. The popular Ramencon anime and pop culture convention headed east to South Bend, but organizers said they’d eventually hope to bring it back to the Region, possibly after White Lodging builds a new hotel at the location with up to 20,000 square feet of conference space.

As the Star Plaza Theatre, which hosted an average of 110 concerts a year, winds down toward a final Oak Ridge Boys performance on Dec. 17, The Venue on Lake Michigan in Hammond has been bulking up its schedule with performances from George Clinton, Three Kings, Styx, Foreigner, Mo’nique and Sinbad.

It’s even booked popular Star Plaza acts, including the "The Price Is Right Live," The Temptations and The Buckinghams from Chicago. A Salute to the '60s concert, like the ones that used to be held in Merrillville, will take place at 7:30 p.m. Jan 27 with local favorites The Buckinghams, The Grass Roots and Herman’s Hermits starring Peter Noone.

"We partnered with the folks at the Star Plaza to find a home for Salute to the 1960s, which has had a multi-year, long run in Northwest Indiana," Horseshoe Casino Vice President of Marketing Shannon McKellar said. "This show had a following of very loyal fans."

The Venue, which can seat up to 3,300 for concerts, also followed in the Star Plaza's tradition of booking cover bands by bringing in the Beatles tribute act Rain and additionally scheduled "The Price is Right Live," a staple at the Star Plaza in recent years.

"Caesars Entertainment has had a longstanding relationship with FremantleMedia, which produces the live show," she said. "It was just such a popular show and live piece of entertainment. Ticket sales have been very strong."

The Star Plaza was known for bringing back the same acts year after year, including Buddy Guy, Alice Cooper, Weird Al Yankovic and of course the Oak Ridge Boys, who play a popular Christmas show. McKellar said the Horseshoe would look at potentially bringing more locally popular acts back, when they're available and touring.

"There's a history at Star Plaza," she said. "We're looking at booking any robust, popular acts where there's going to be demand, whether that's comedy or gospel or country or classic rock. Some shows had a nice long run at Star Plaza and provided such great entertainment. We would love to pick up any of those acts."

The hope is that fans will follow, and grab a bite at casino restaurants like Jack Binion's and The Eatery.

"I live in Crown Point and commute to Hammond, and some people think it's further away than it really is in my opinion," she said. "It's not always top of mind, but you can see incredible entertainment in Northwest Indiana without having to drive to Chicago."

The closure of the Star Plaza Theater might allow The Venue to book more shows more frequently. Currently, it hosts about 35 to 50 shows a year.

"There might be more opportunities with Star Plaza existing the market," McKellar said. "We're looking to grow. It all depends on who's touring."

Fair Oaks Farms down at the border of Jasper and Newton counties is looking to bring in more conferences now that the Radisson at Star Plaza's 30,000-square-foot conference hall has closed, and its smaller replacement won't open until late 2018.

Its Farmhouse Restaurant & Conference Center has a ballroom that can accommodate about 250 people. It previously hosted mainly weddings but is now looking to bring in more business functions and has many corporate holiday parties lined up, said Deann Patena, director of Private Dining, Meeting & Event Sales.

Fair Oaks is installing high-tech audio-visual equipment in the ballroom for presentations and building a hotel that would allow multiday conferences.

"It would allow visitors to spend the night," she said. "A lot of visitors also like to tour the farm and see the other attractions."

Many of the conferences have moved down the road to the Avalon Manor in Hobart, including One Region's annual luncheon and American Heart Association's Go Red for Women.

"It really has gained us quite a few new clients," General Manager Katie Kucharski said.

About 20 to 30 groups such as the Crossroads Chamber of Commerce and the Association for Iron and Steel Technology have moved functions east on U.S. 30 to Avalon Manor, which can host between 10 people to 1,100 in its three full ballrooms and four breakout rooms. Some have signed multiyear contracts to ensure they can have their meetings when they want to.

"People are putting dates on hold earlier than ever because there are fewer venues," Kucharski said. "They know they have to get it done ever earlier in advance."

Avalon Manor has had to make some adjustments to host some of the conferences because it's laid out differently than the Radisson at Star Plaza, but it's been able to host everything thus far.

"The layouts have had to be creative in some cases, but our rooms can be divided fairly easily," she said. "We can make it work to make their transition as smooth as possible."

Timeline: A look back at the Radisson and Star Plaza Theatre

It turns out, Merrillville went less than a year without a Starbucks.

Star Plaza Theatre, Twin Towers to be torn down

The landmark Star Plaza Theatre got an encore, but it proved to be short-lived.

It's curtains for the landmark Star Plaza Theatre next year.

Demolition of landmark Radisson at Star Plaza starts this week

The last guests have checked out.

After a number of calls inquiring about available event space, the South Shore Convention an…

83,000 Annual room nights by visitors at Radisson at Star Plaza

$250 Average spending per person per night

Hooters restaurant to open in Portage

A Hooters is coming to AmeriPlex at the Port in Portage.

U.S. Steel is redeeming debt and making a pension payment as it looks to shore up its finances.

'The Minutes' captivates with unfurling mystery

Pulitzer Prize winner Tracy Letts scores another satirical hit with “The Minutes,” a new play at The Steppenwolf Theatre in Chicago’s Lincoln …

You can come sail away with Styx at Four Winds New Buffalo in March.

"Amazing Grace, How sweet the sound/That saved a wretch like me/I once was lost, but now am found/T'was blind but now I see," the Oak Ridge Bo…

'Talking With...' play aims to be talk of Crown Point

Come to the window to hear Melissa Etheridge perform at the Silver Creek Event Center at Four Winds New Buffalo.

The Women's Conference, Expo & Networking at Avalon Manor in Hobart on Monday aims to bring together all types of women, including both wo…

The Crossroads Regional Chamber of Commerce's Grow Business and Consumer Expo returns next week at the Patrician Banquet Center at 410 E. U.S.…

This fall, take yourself down to the paradise city of New Buffalo, Michigan where the grass is green and Slash will show off some pretty guita…

Fresh off performing in front of tens of thousands at Lollapalooza, trap legend Gucci Mane and fellow Atlanta-based rapper T.I. will perform a…

Michael Poore, the acclaimed novelist from Highland who wrote "Up Jumped the Devil" and "Reincarnation Blues," will headline this year's Steel…

Stand-up comedians, including a Cards Against Humanity writer and "the best undiscovered comedian from Indiana," will take the stage next Frid…

Drive faster in your car, fall father from just what we are, smoke a cigarette and lie some more, because one of the biggest alternative rock …

A band will perform a free Beatles tribute show at the Oakwood Grand Hall in Woodland Park in Portage later this month.

White Lodging no longer has plans to develop Star Plaza site, is open to sale

White Lodging has given up on plans to develop the Star Plaza site at U.S. 30 and Interstate 65 in Merrillville, and is open to a sale of the property.