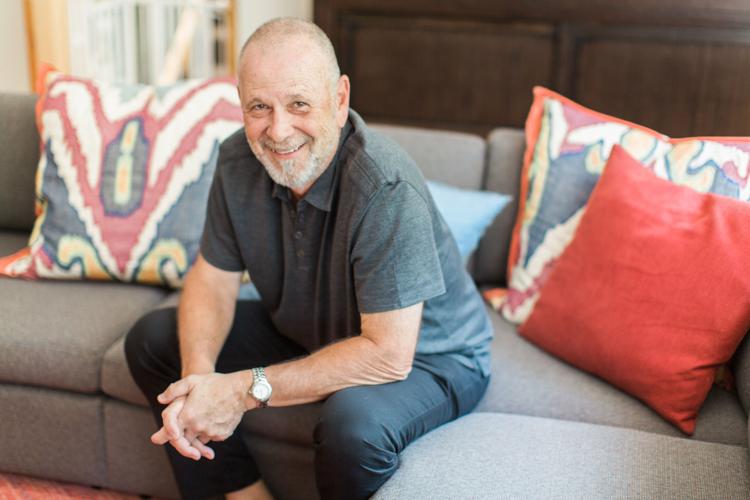 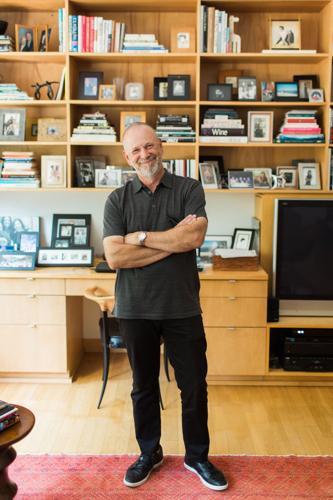 Chris Valavanis is the owner of Vanis Salon. 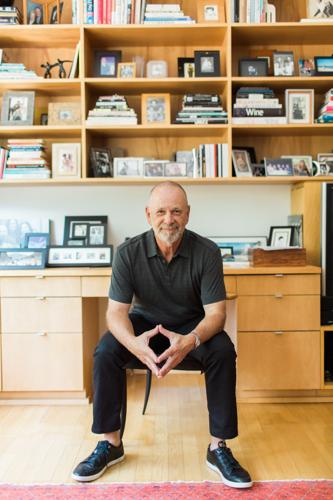 Chris Valavanis is the owner of Vanis Salon.

Chris Valavanis has always been fascinated by the effect a simple haircut can have on a person, how it can change the way someone looks and feels. That fascination is what drove him to start cutting hair himself, then to open a salon, then two more, all while teaching others the art of the above-mentioned transformation.

Valavanis is the man behind the Vanis Salon empire, with salons in Schererville, Valparaiso and Crown Point. When he opened the first Vanis 31 years ago, Valavanis says he “had no ambitions of growth, none, zero. I just wanted a little four-chair salon with a few people who had the same passion for service and the craft that I did.” But he did things differently than at most other salons. He started the first salon apprenticeship in Northwest Indiana, developed an education fund so stylists could learn in other settings, and provided health insurance for his employees, the first of any salon in the area. “So consequently,” Valavanis says, “when you invest in people, even though you don’t want to grow, nobody leaves . . . So we just kept growing, and here we are 31 years later.”

In addition to taking good care of his staff, a third of which has been with Vanis for more than ten years, Valavanis takes pride in having created a culture of excellence that clients appreciate. “We’ve tried to push to elevate the standards in Northwest Indiana the whole time, from the individual’s experience behind the chair, to the perception of what clients should expect when they walk into a salon,” he says.

This forward-thinking mindset extends to all areas of his life, including his own stylistic preferences for design, music and fashion. “My sense of style would be minimalist,” Valavanis says. “I think fashion on the whole should really reflect who you are. And everything I do is in that direction: the work I did behind the chair, the environment that I live in. I’m minimalist.”

Back to homepage
Subscriber Login
Please subscribe to keep reading. You can cancel at any time.
Loading&hellp

Valavanis says the male clientele in his salons has increased significantly over the last five to eight years, which he attributes to a greater cultural acceptance for men to care about how they look. This acceptance has “given guys permission to be themselves, and that’s important,” Valavanis says. “There are many, many options now for men. There are guys wearing beards and some guys have a lot of long hair but it fits them and it’s suited them.”

In fashion and in hair, Valavanis is adamant about authenticity. “It should reflect you,” he says. “Sometimes people get caught up in what they’re reading and looking at and get guided by trend. Instead of using trend, trend uses you.” He points out that what is fashionable today will look ridiculous 15 to 20 years from now. “So be concerned about yourself and what the reflection of you is instead of getting caught up in the trend. But if you don’t pay attention to trend you can look ridiculous, too, and you don’t want that. You want to look current. It’s about finding your best version of the current.”

The vice chancellor for institutional advancement at Purdue University Northwest is leading a charmed professional life.

We tour Whiting's hottest spots with a young couple donning city looks that fit right in on the streets of this up-and-coming town.

Where do you work out?

We know that fitness is important to Inspired Living readers. So we asked you to share where you go to work out and get fit.

Kick off the school year with custom spirit wear that helps you proudly cheer on your favorite school or team.

More and more men—of all walks of life—are visiting these local throwback barbershops.

Tell us what you think

Poll: What is the best color?