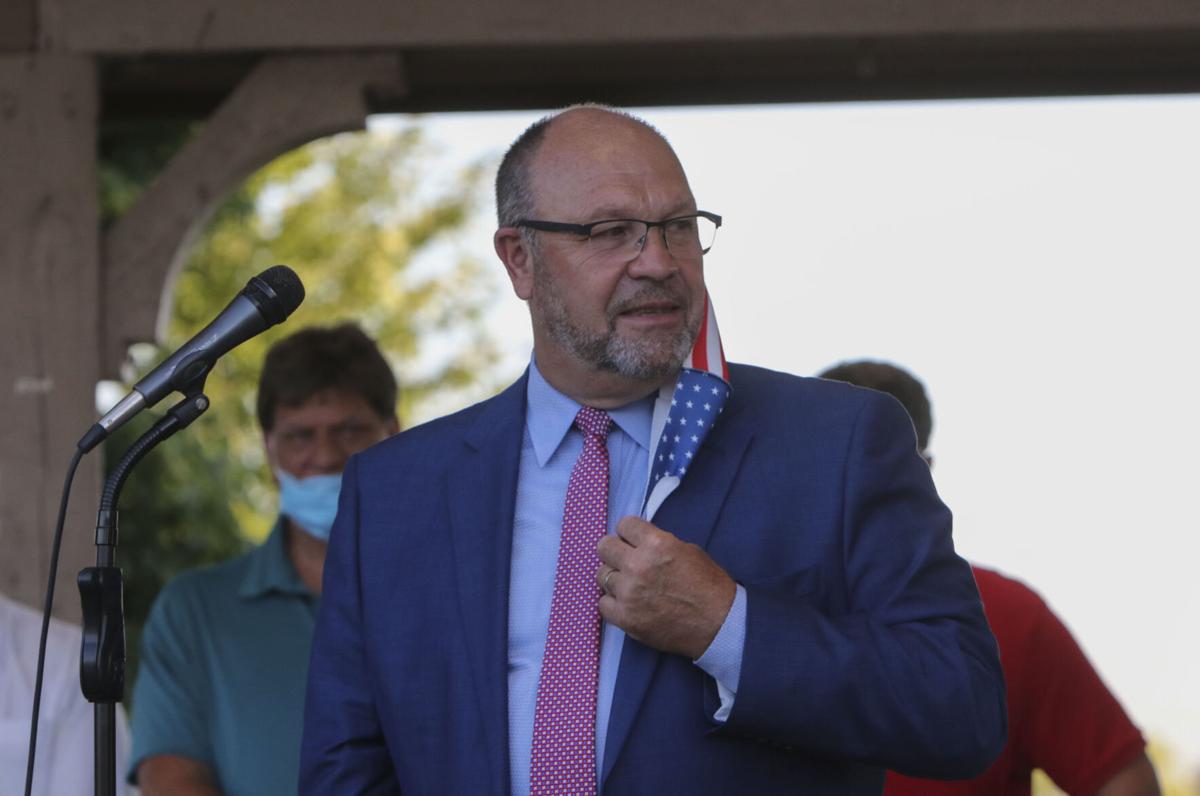 Hobart Mayor Brian Snedecor says he is excited by the commercial and residential growth plans in the city. 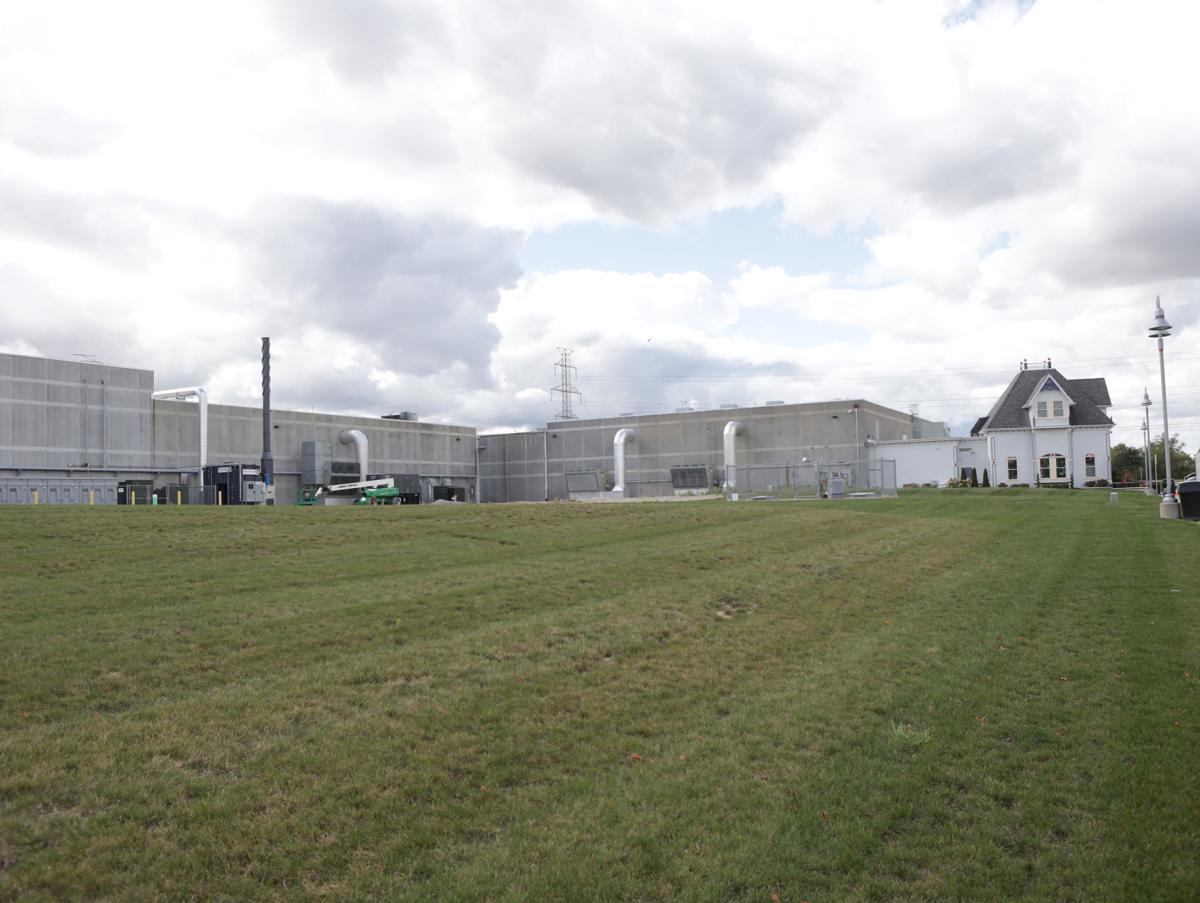 An addition to accommodate employees is planned for Albanese Confectionery Group in Hobart. 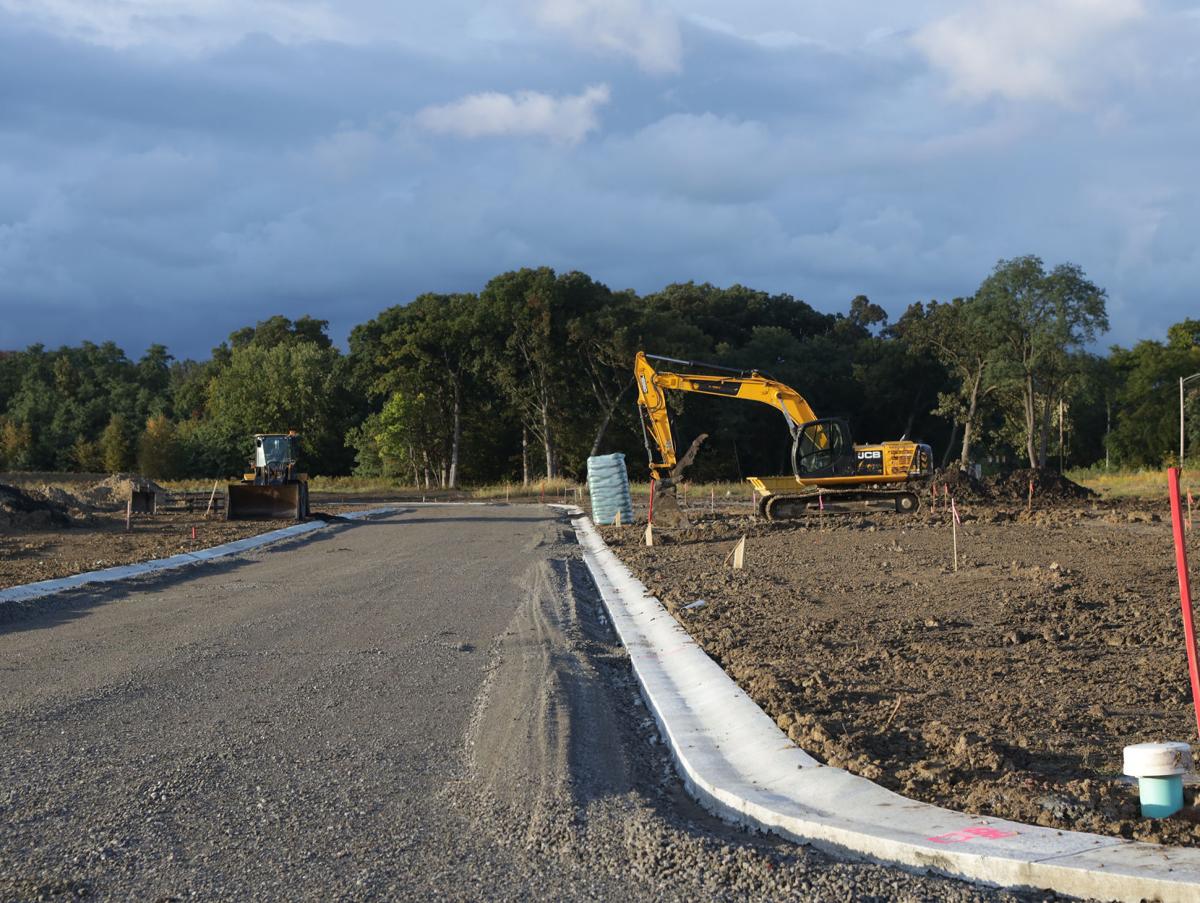 Cressmore Estates is expected to bring more than 200 homes to Hobart. 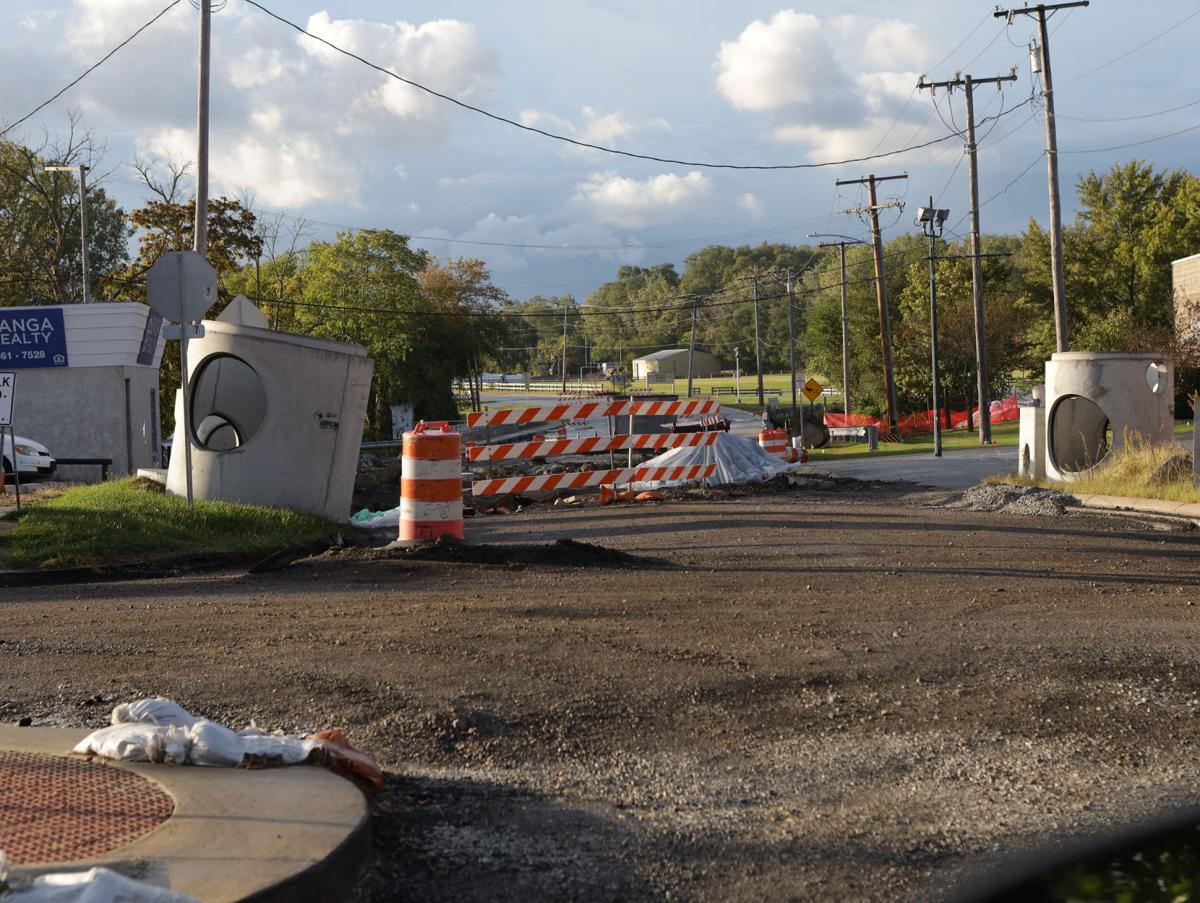 Sewer work is underway on the north side of downtown Hobart. 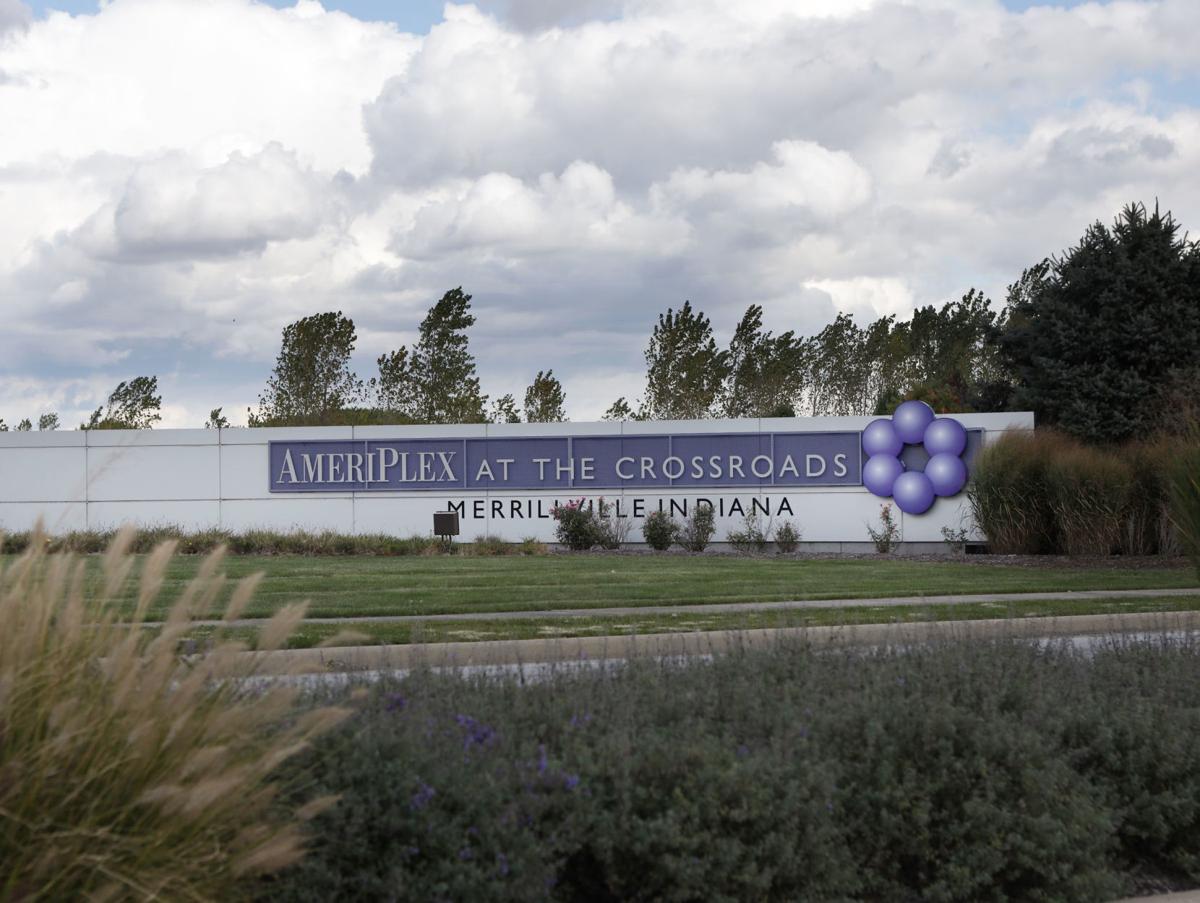 Midwest Truck & Auto Part is one of the new companies preparing to open in the AmeriPlex at the Crossroads business park in Merrillville. 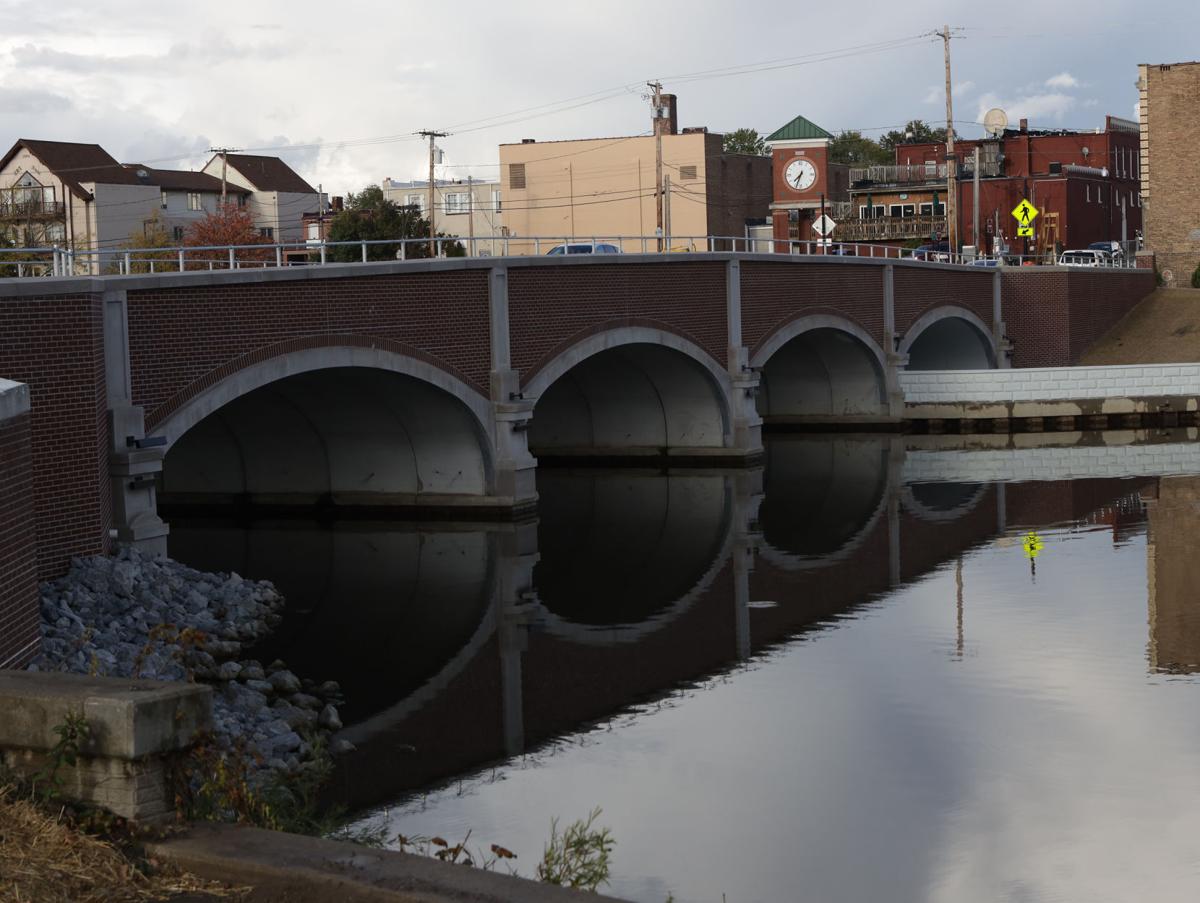 The new Third Street Bridge, designed to reduce flooding, is open in Hobart. 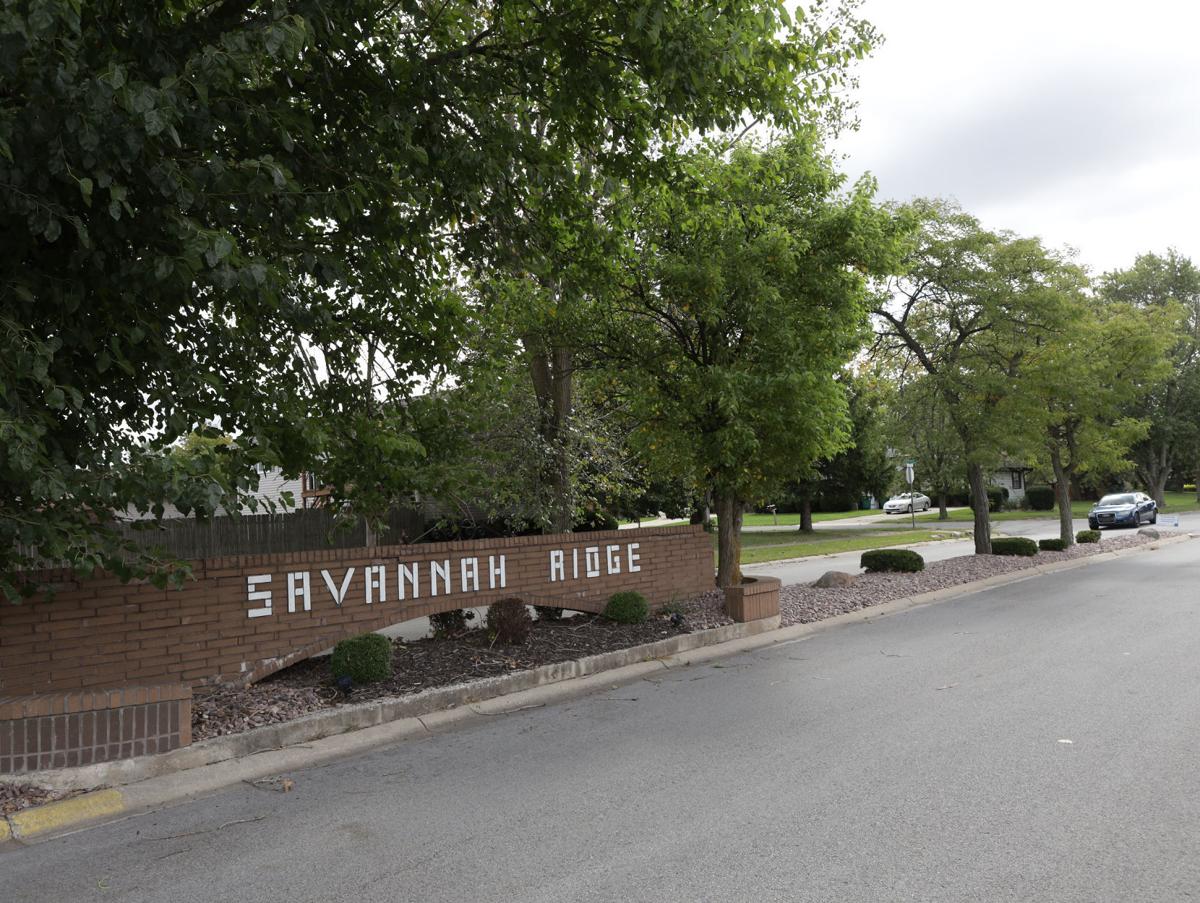 The Savannah Ridge subdivision, entrance on Grant Street in Merrillville, has 58 lots for single-family homes. 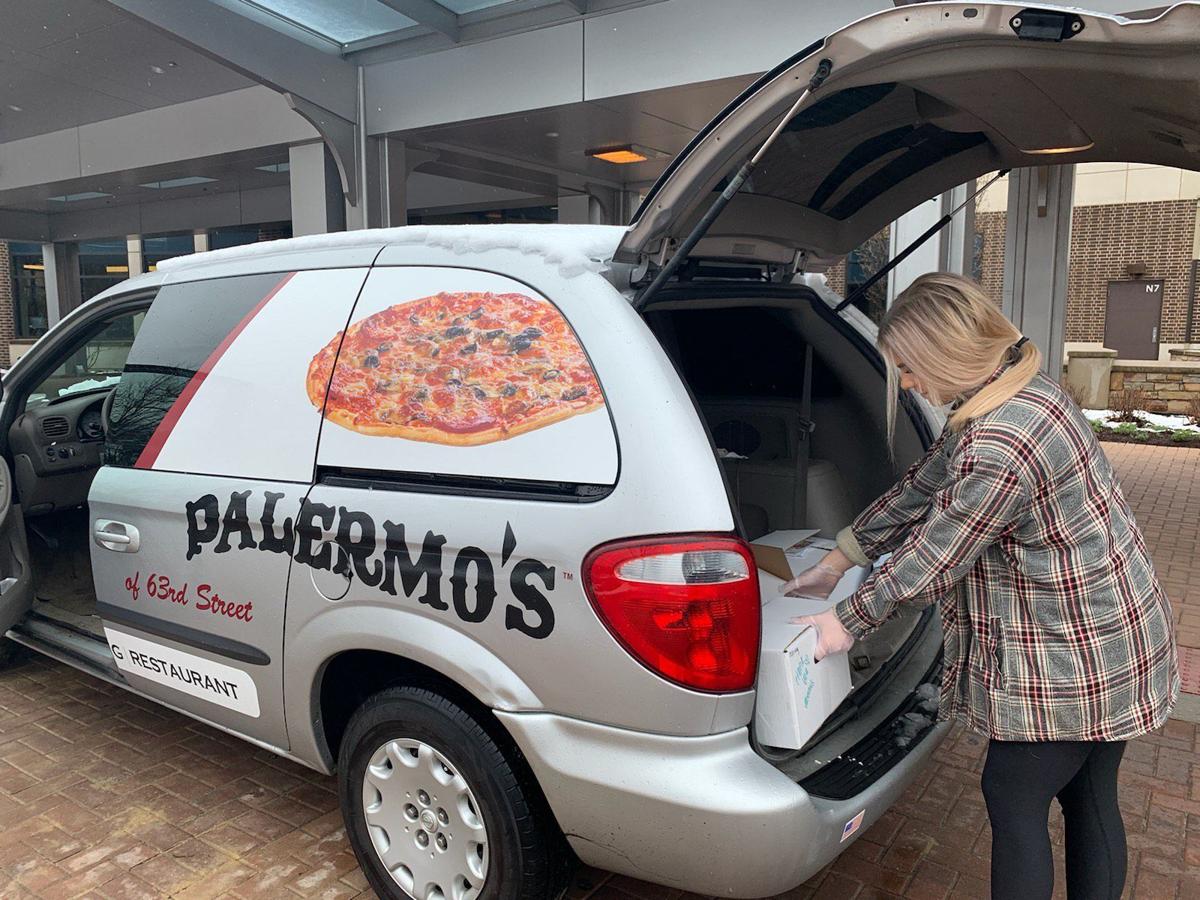 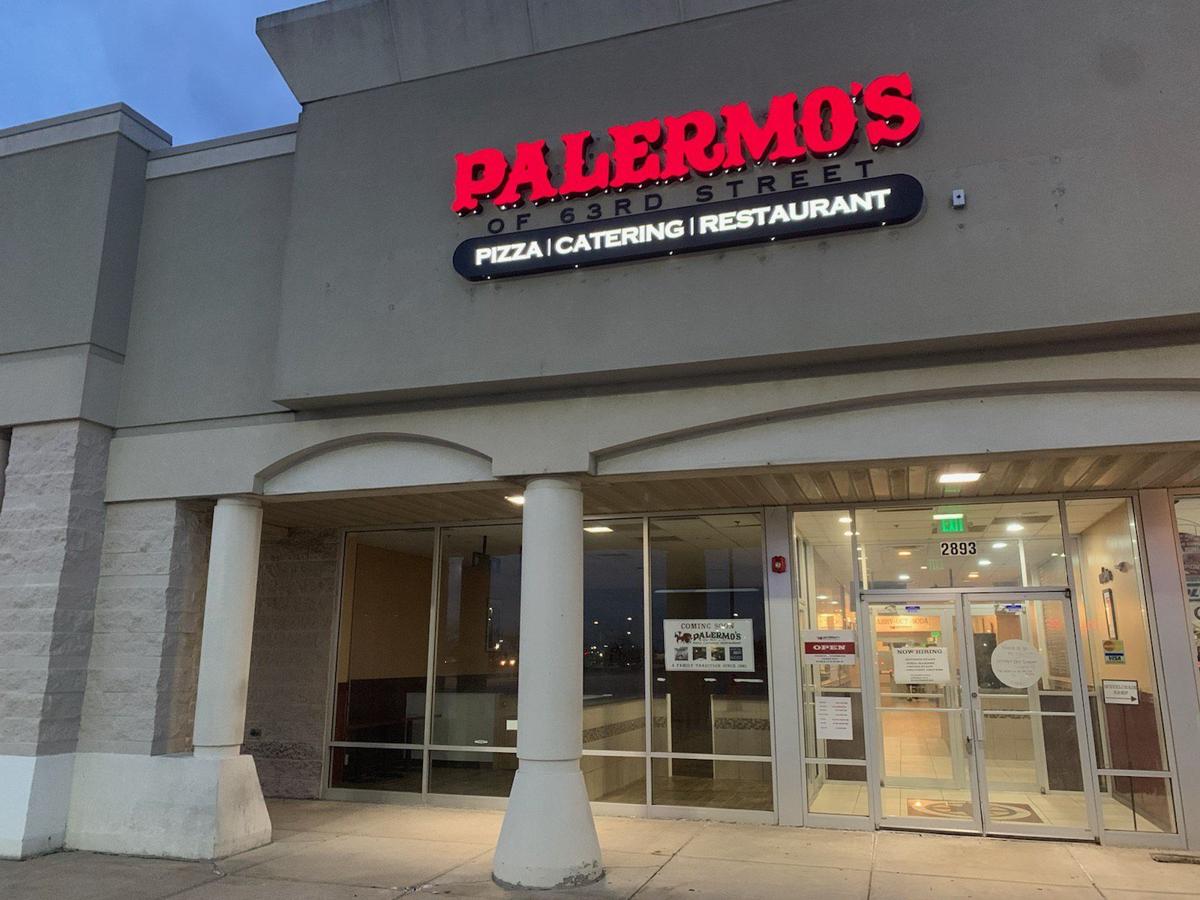 Palermo's brings the same quality to Hobart as is does its two other locations. 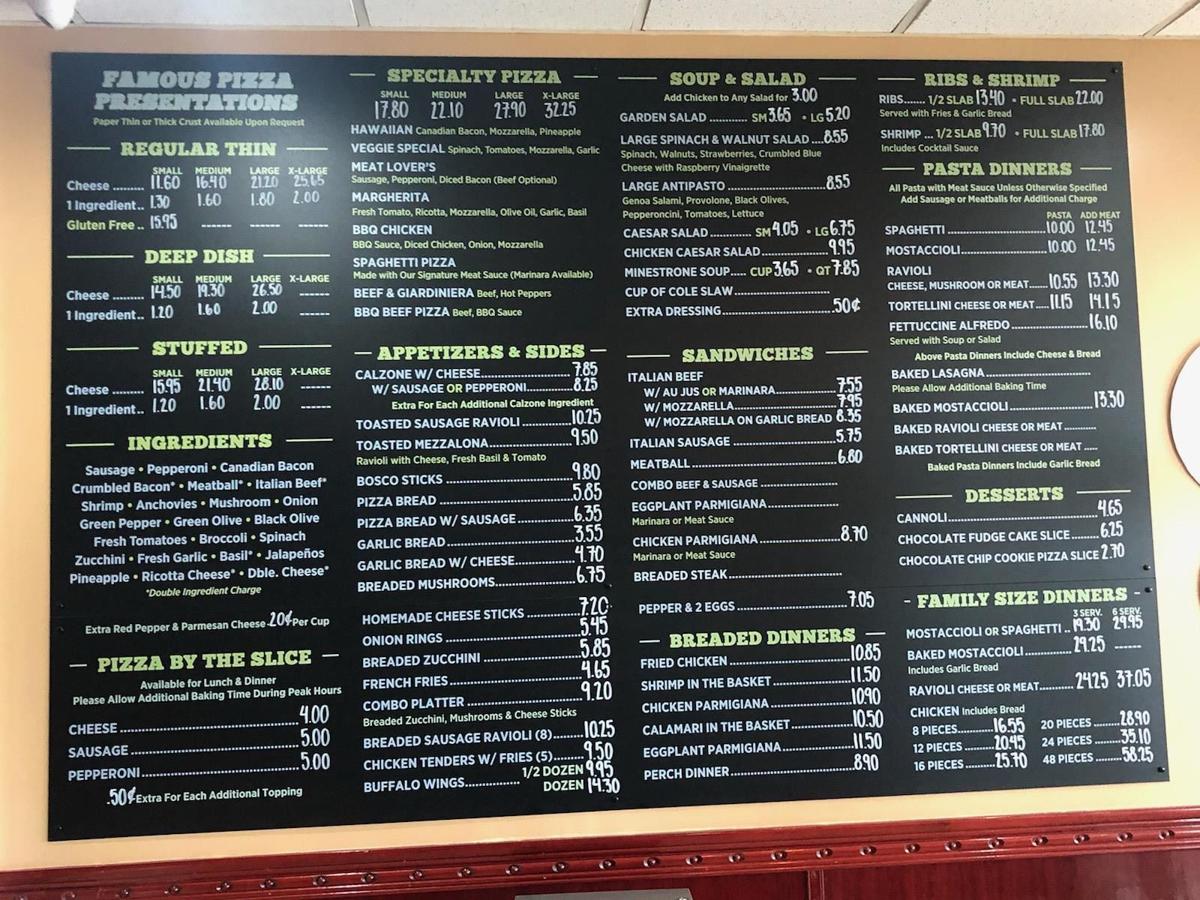 Palermo's prides itself on quality served up in a family atmosphere. 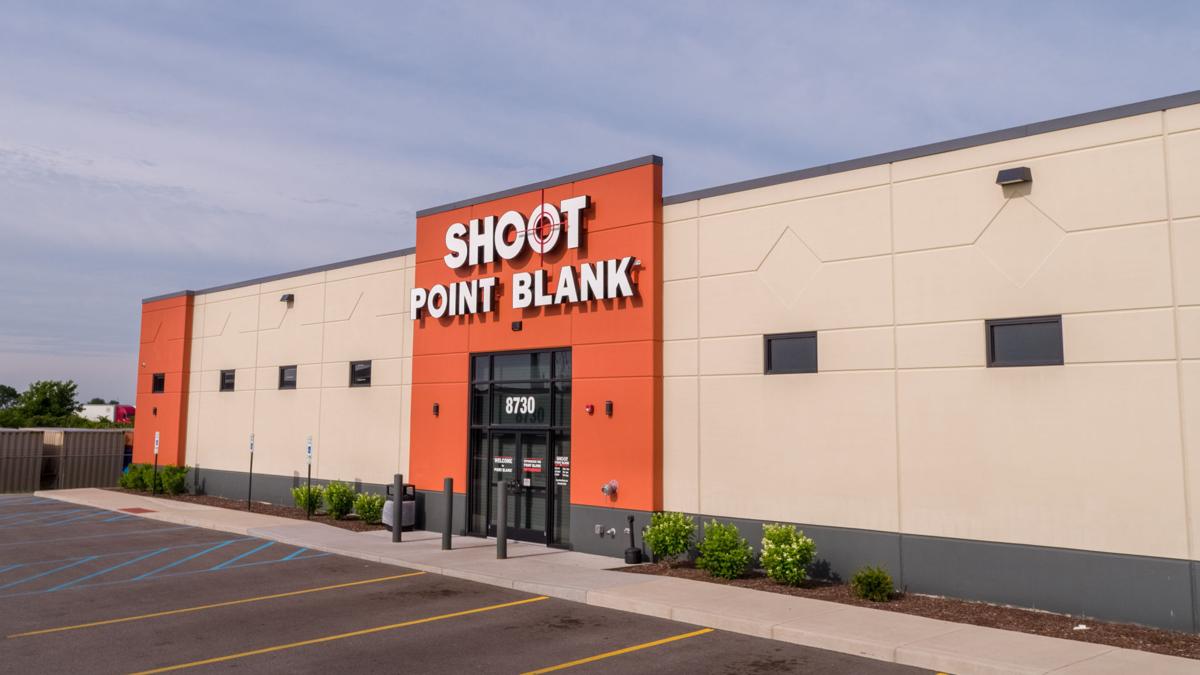 Shoot Point Black offers a wide selection of firearms as well as training in their safe use. 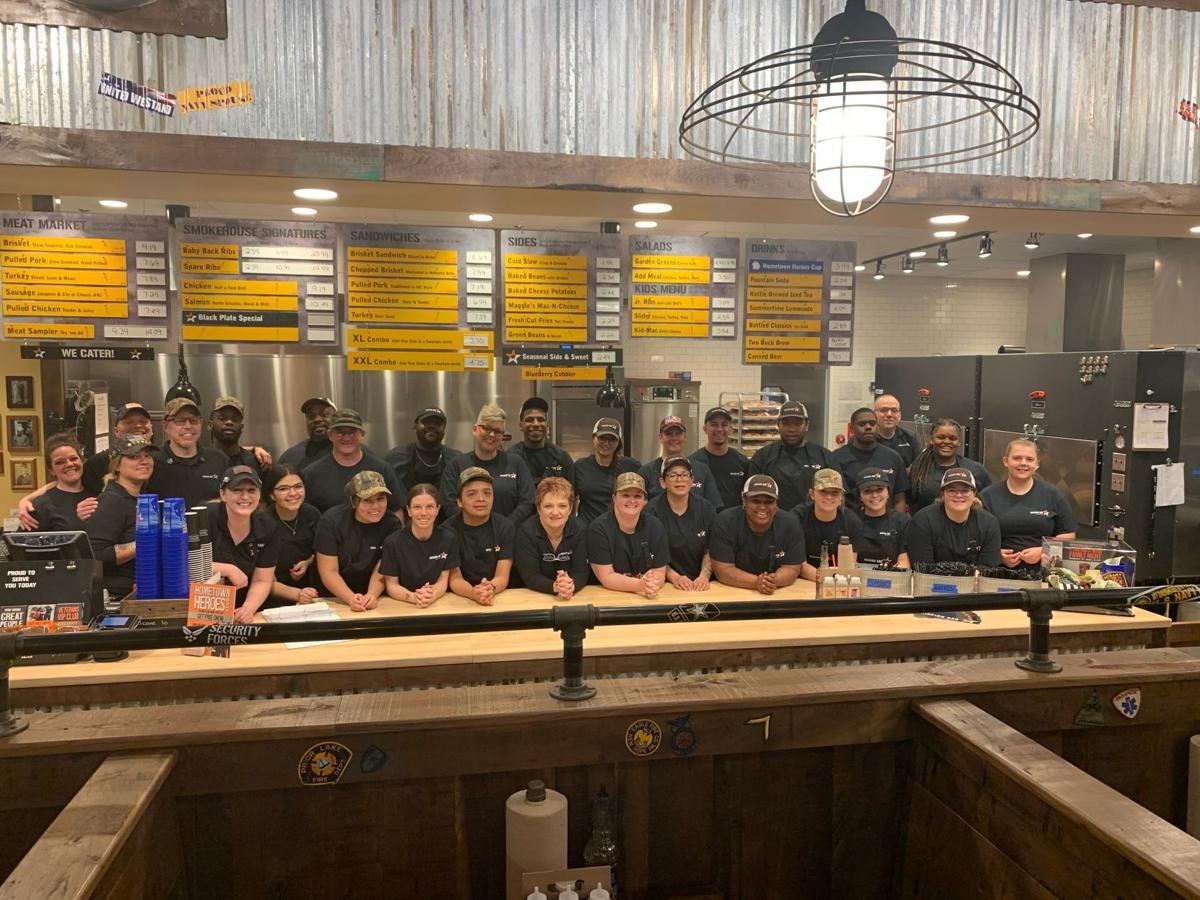 Mission BBQ has brought its tasty food and dedication to first responders to Hobart. 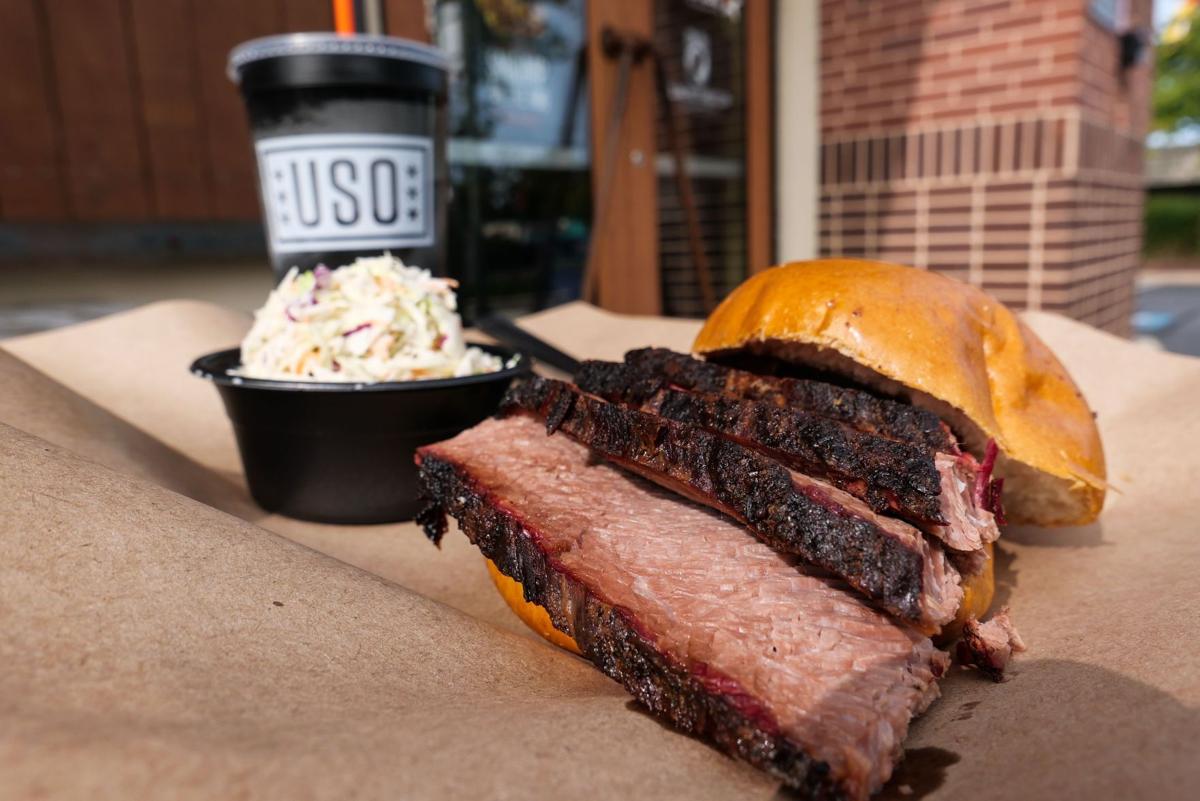 Municipal officials in Merrillville and Hobart are staying busy with many projects designed to bring growth to the communities.

In Merrillville, Midwest Truck & Auto Parts recently announced it will be locating in the AmeriPlex at the Crossroads business park south of 93rd Avenue.

The supplier of aftermarket performance parts for cars and trucks plans to open in Merrillville next year, adding up to 150 new jobs by 2024, according to the Indiana Economic Development Corp.

“This is a longstanding, third-generation owned and operated company that has made a decision to expand in Indiana, particularly Merrillville,” Reardon said.

He said a project labor agreement is in place with the Northwestern Indiana Building and Construction Trades Council, and there will be about 200 construction jobs associated with the development.

Reardon said construction is expected to start this year, and it will take about 12 months to finish.

In addition to the commercial and industrial projects in Merrillville, there are plans for residential construction.

Single-family homes will be built on 58 lots in the Savannah Ridge neighborhood south of 73rd Avenue.

Developer Wayne Welter recently received approval from the Plan Commission for the project, and he would like to break ground by the end of the year.

In addition to bringing new homes to Merrillville, the project will extend Grant Street so it will run from 73rd Avenue to U.S. Hwy. 30.

Mississippi Street will be widened to four lanes between 93rd and 101st Avenues with the installation of new storm sewers and other drainage work. King anticipates the work will get started in the spring of 2021 and hopes i can be completer next year as well.

Things are hopping in Hobart, too.

Among the companies that continue to grow is the Albanese Confectionery Group.

The three-story structure will include employee lockers, a human resources office, cafeteria and break rooms. A construction schedule hasn’t been announced.

Hobart also is taking steps to increase its housing stock.

Work continues at the Eagle Creek Crossing development along 61st Avenue for which single-family homes are planned on 48 lots.

The Cressmoor Estates development also is advancing. That 113-acre project is scheduled to have more than 200 lots south of 37th Avenue and west of Lake Park Avenue. It will include single- and multifamily homes and a commercial area.

Hobart officials are planning to seek proposals from developers to transform about 60 acres of city-owned land near 61st Avenue and Arizona Street into a residential community, said Beth Jacobson, Hobart's assistant director of development. No timetable has been set.

Hobart has been completing many infrastructure improvements, including the Third Street bridge replacement.

The new bridge, which recently opened to traffic, will provide many benefits to the community, officials said. City Engineer Phil Gralik said it will improve the flow of water and reduce flood elevations.

Brick and limestone were incorporated to give the bridge features consistent with the city's downtown area. Bob Fulton, president of Hobart's Sanitary/Stormwater District Board, has described the new structure as “the most beautiful bridge in Lake County.”

The new bridge was constructed with 8-feet of clearance to allow watercraft to travel beneath it. That has opened access to areas of Lake George that some craft previously couldn't be reached.

The city also is completing a stormwater management and beautification project near Center, Front and Main Streets downtown. Those streets are closed, though Gralik expects they could reopen around the middle of November.

There are many things to love about the pizza from Palermo’s of 63rd Street, but it’s the sauce that stands out.

“People come from all over to sample our delicious sauce, which is made the same way today as my grandfather did 60 years ago,” said Paul Baio, one of the family owners of Palermo’s.

The restaurant established its roots in Chicago. It now has three locations, one of which at 2893 E. 81st Ave. in Hobart.

“Palermo's opened in 1961 in a small storefront with only two tables near Chicago's Midway Airport,” Baio said. “That original location eventually grew and is still there today.”

At each of the Palermo’s locations, the focus is on high-quality food, he said.

“We never cut corners, and we make everything fresh daily,” Baio said. “We take pride in the fact we still do everything the same way my grandparents did back in 1961.”

In addition to giving customers “the best pizza they've ever had,” there’s the experience at Palermo’s, Baio said.

“We strive to treat all of our customers like family,” Baio said. “Family is very important to us. In fact, we have many family members working at our three locations and many long-time employees who have become family throughout the years.”

With a wide selection of firearms and ammunition as well as an array of classes, Shoot Point Blank has much to offer.

“It only takes one visit to see the Shoot Point Blank difference,” the business said.

Shoot Point Blank, which has nearly 30 locations throughout the country including at t 8730 Louisiana St., in Merrillville, has been selling firearms and providing instruction since 2012.

“Safety and enjoyment continue to be our focal point, which is why our facilities include climate controlled, state-of-the-art range systems and dedicated range safety officers,” the business said. “All Shoot Point Blank classes are taught by certified instructors who have helped thousands of customers become responsible firearm owners.”

The upscale tattoo studio expected to open this fall will be the first of its kind in town.

“On top of our tattoo shop, we’re also going to be running as an art gallery as well,” said Anthony Gonzalez, owner of Ravens Point, opening in a commercial plaza at 7890 Broadway, Merrillville.

The gallery will feature and sell works from a variety of artists in Northwest Indiana, and all proceeds from it will be donated to area charities and schools.

“We want to do the best we can for our community, for our customers,” Gonzalez said.

All tattoos at Ravens Point will require consultations, with the actual  work done by appointment only.

Since 2011, Mission BBQ has been serving mouthwatering meals and honoring heroes.

“We believe there is nothing more American than BBQ,” said Linda Dotterer, brand manager for Mission BBQ. “And nobody more American than the brave men and women who have sworn to protect and serve our communities and our country. We do what we do for the love of our soldiers, firefighters, police officers and first responders — all our loved ones in service.”

In January, the Maryland-based chain opened a location at 2217 E. 80th Ave. in Hobart, Dotterer said.

Oak-smoked brisket, slow-smoked pulled pork, turkey, pulled chicken, sausage, ribs and salmon are among the many offerings on the menu, but serving food isn’t the restaurant's only mission.

It also is heavily involved in the community by donating to military charities as well as local police, firefighters and other first responders.

The Town Council and Plan Commission recently authorized a boundary adjustment in the land use plan at the AmeriPlex at the Crossroads business park along Broadway and south of 93rd Avenue.

Rolling on tattered tires, the driver ended up crashing at a curve in the road at mile marker 205 on I-65 by the exit for Remington, Indiana.

Coroner asks for help in search for Merrillville woman's family

The remains of Rita Perry, 73, are currently in the care of the coroner's office.

The final phase, which could get started in the spring, covers a stretch of Mississippi Street between 93rd and 101st avenues

Hobart and other municipalities borrow in the form of tax anticipation warrants to keep cash flow more flexible throughout the year.

A previous developer had received approval for the layout of the parcels for the third phase more than 15 years ago.

Hobart Mayor Brian Snedecor says he is excited by the commercial and residential growth plans in the city.

An addition to accommodate employees is planned for Albanese Confectionery Group in Hobart.

Cressmore Estates is expected to bring more than 200 homes to Hobart.

Sewer work is underway on the north side of downtown Hobart.

Midwest Truck & Auto Part is one of the new companies preparing to open in the AmeriPlex at the Crossroads business park in Merrillville.

The new Third Street Bridge, designed to reduce flooding, is open in Hobart.

The Savannah Ridge subdivision, entrance on Grant Street in Merrillville, has 58 lots for single-family homes.

Palermo's brings the same quality to Hobart as is does its two other locations.

Palermo's prides itself on quality served up in a family atmosphere.

Shoot Point Black offers a wide selection of firearms as well as training in their safe use.

Mission BBQ has brought its tasty food and dedication to first responders to Hobart.