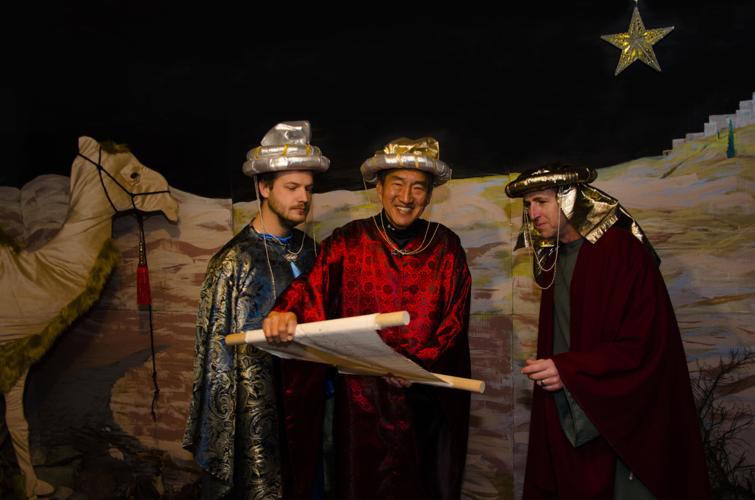 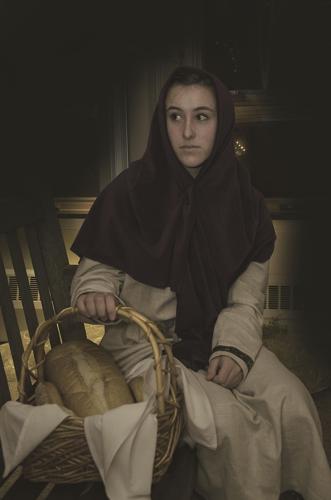 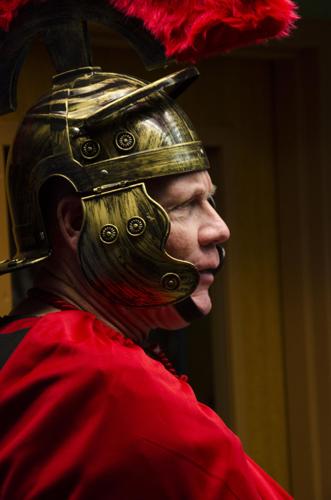 Guards and centurions are part of the church pageant. 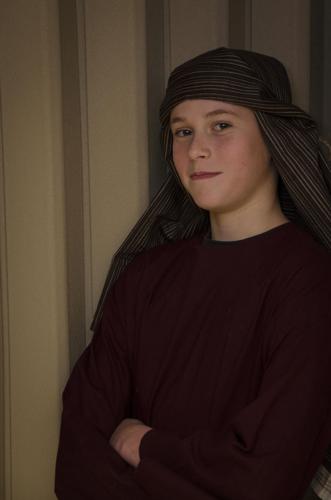 A shepherd from the Journey to Bethlehem 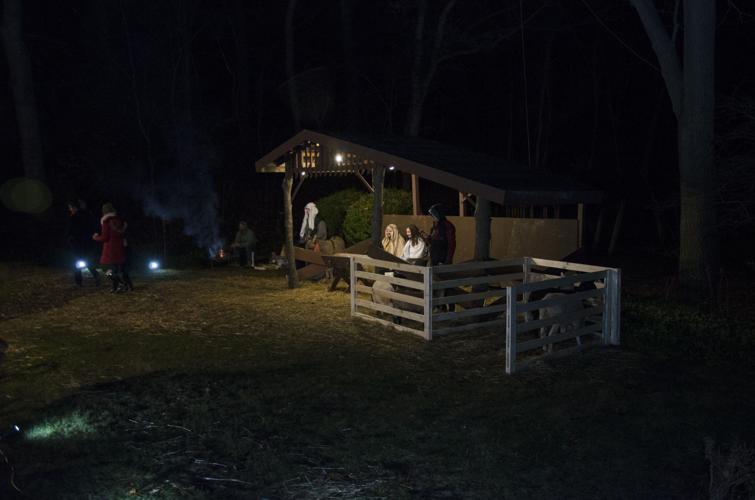 The Journey to Bethlehem ends at the manger in the garden at the Ogden Dunes church.

Christmas is most magical when it delights the senses and the imagination.

Ogden Dunes Community Church’s Journey to Bethlehem does just that. The walking tour tells the Christmas story through an indoor and outdoor production with some 50 actors and live animals set in scenes reminiscent of the Bethlehem of Jesus’ birth.

The light of the Bethlehem star hanging from the church’s tree, visible when entering Ogden Dunes, directs guests to the church, says Barbara Sewdin, director of the Journey to Bethlehem walking tour and wife of the church's pastor, Rev. Lloyd Sewdin. “Many of those who walk through the tour come through more than once. They say it’s a spiritual experience.”

In its third year, the tour attracted around 400 people last year. It begins when each group of 10 to 15 people is greeted by a shepherd—shepherds serve as guides—and by Rev. Sewdin.

Music, recorded and live, serenades guests through the scenes that include biblical characters in costume such as soldiers, singing Wise Men, a comedic innkeeper and his wife, and, upon entering the sanctuary, Mary with the Angel Gabriel. Each scene was created by scenery directors Rebecca Hunt and Sue Klimek.

In the sanctuary, Mary sings a beautiful song called "Breath of Heaven," Sewdin says. The church’s director of music, Libby Larson, incorporates music to accompany and enhance each scene of the tour. A children’s dancing group is joined and led by professional dancer, Keeli Rue Grenchik.

The marketplace is resplendent with the sights and sounds of the Holy Land. Sewdin says, “It’s bursting with activity and beautifully decorated with different tents," featuring cloth, weaving, ointments, spices, and other items appropriate to the time and region.

Trays of refreshments, as well as historically faithful foods such as dates, olives, and hummus, are offered to tour groups as they move through the marketplace.

At the end of the tour, guests emerge into the beautifully lit garden area to find a nativity scene with Mary, Joseph, and animals, with the star of Bethlehem over the manger. The tour concludes at the manger scene, but Sewdin says that people are invited to linger there, and children are invited to pet the donkey, lambs, and goats.

Journey to Bethlehem is a delight for children and adults alike who enjoy walking through and experiencing the story with all their senses. Sewdin recalls how one tour guest relayed her grandchildren’s delight with not having to sit still, and their fascination with being able to touch fabrics and smell spices. “It’s an entertaining and unique way of spreading the Gospel, and a wonderful Christmas tradition.”

The Journey to Bethlehem walking tour

More info: The tour is free and wheelchair-accessible. For more information, call the church at 219-762-1184.

No shortage of holiday fun in the Region this December: Check out these 24 festive events

Guards and centurions are part of the church pageant.

A shepherd from the Journey to Bethlehem

The Journey to Bethlehem ends at the manger in the garden at the Ogden Dunes church.