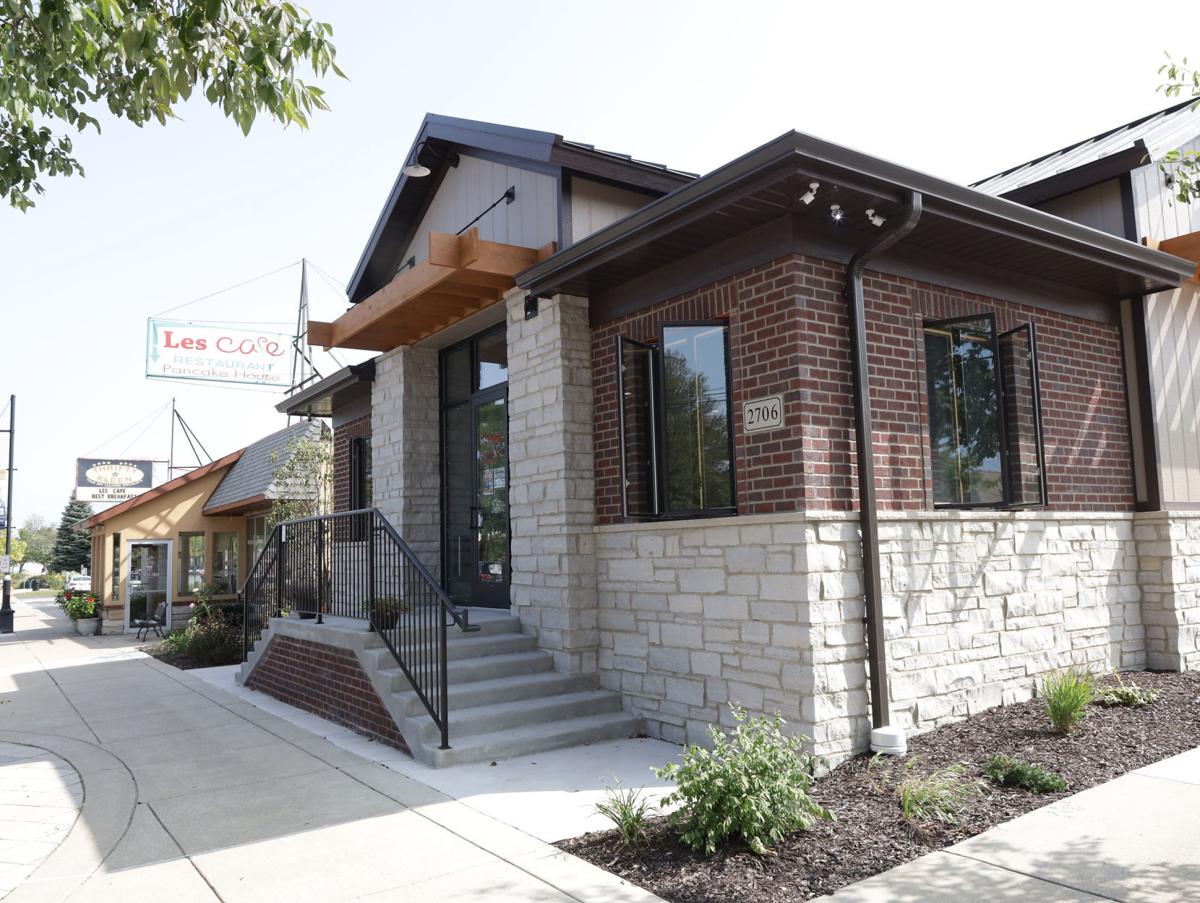 The former Kiddie Shop property at 2706 Highway Ave. is a new dental office. 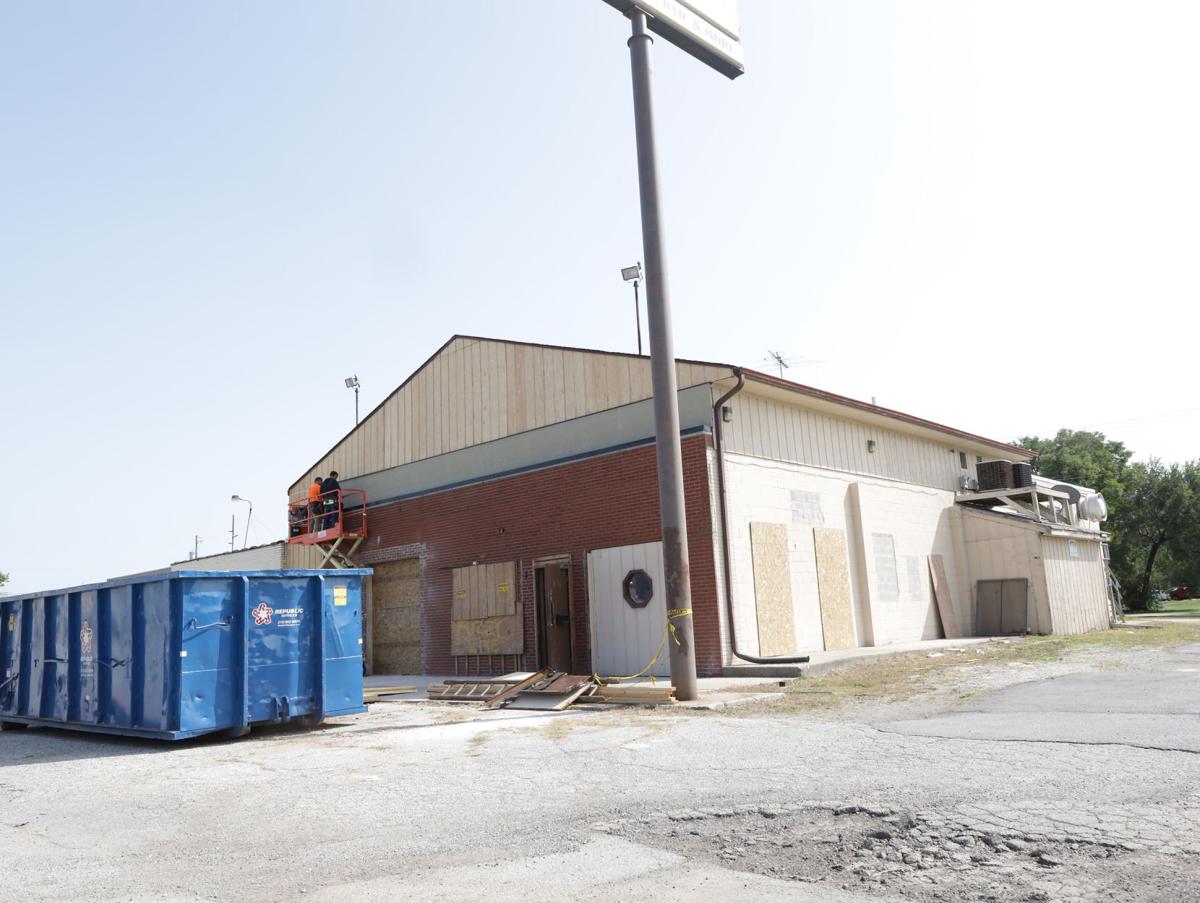 Fuzzyline Brewing Company, Highland’s first microbrewery, will be opening at 2712 Condit Street, the building that once housing Franco’s Sports Bar and Grill. 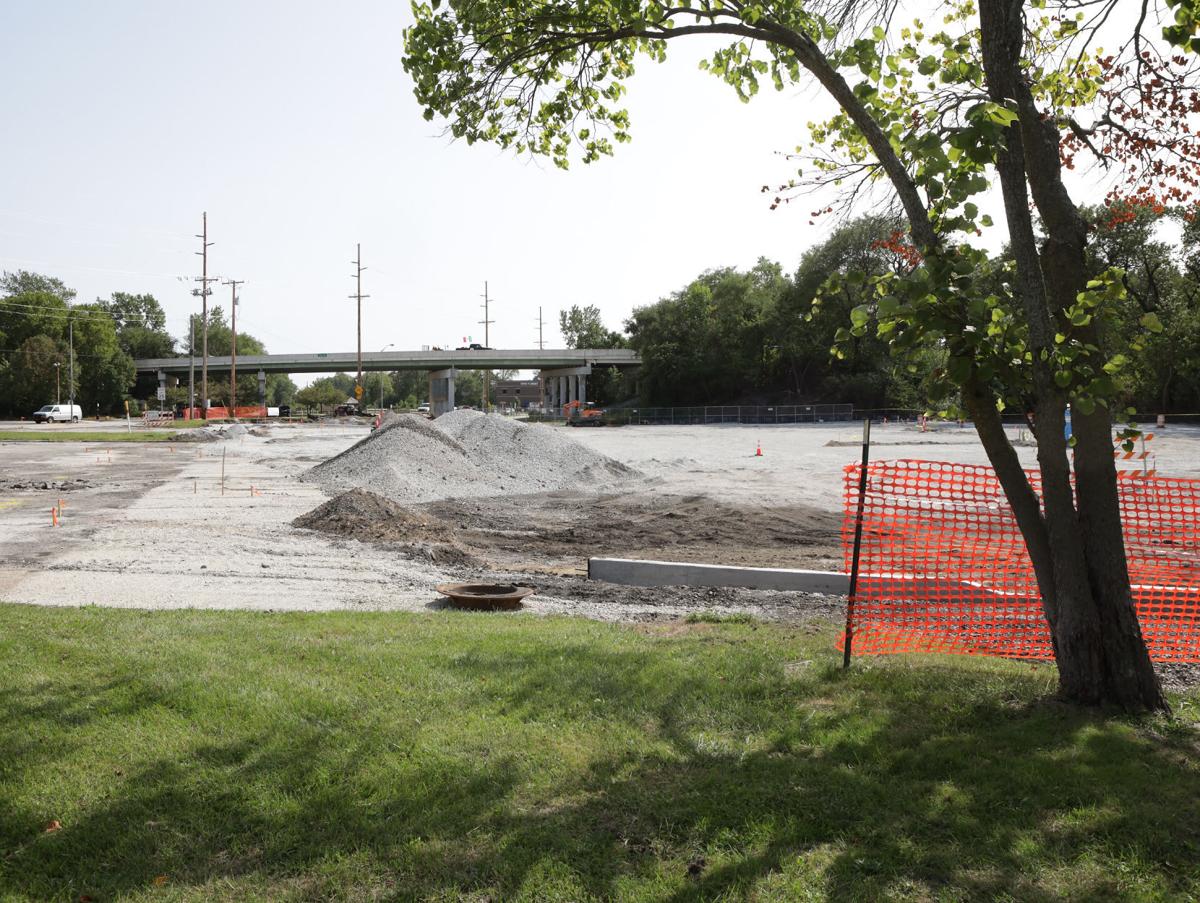 A replica of an early Highland railroad depot is scheduled to be completed this fall in a municipal parking lot. 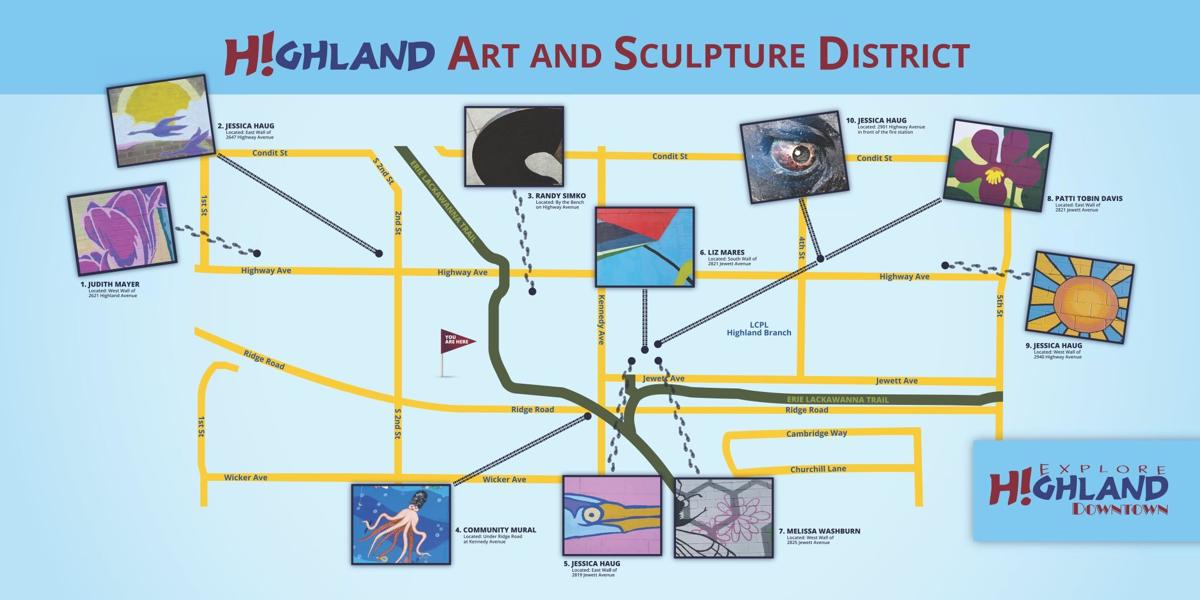 The replica depot, a starting point for biking and hiking, will contain a map of Highland's public art. 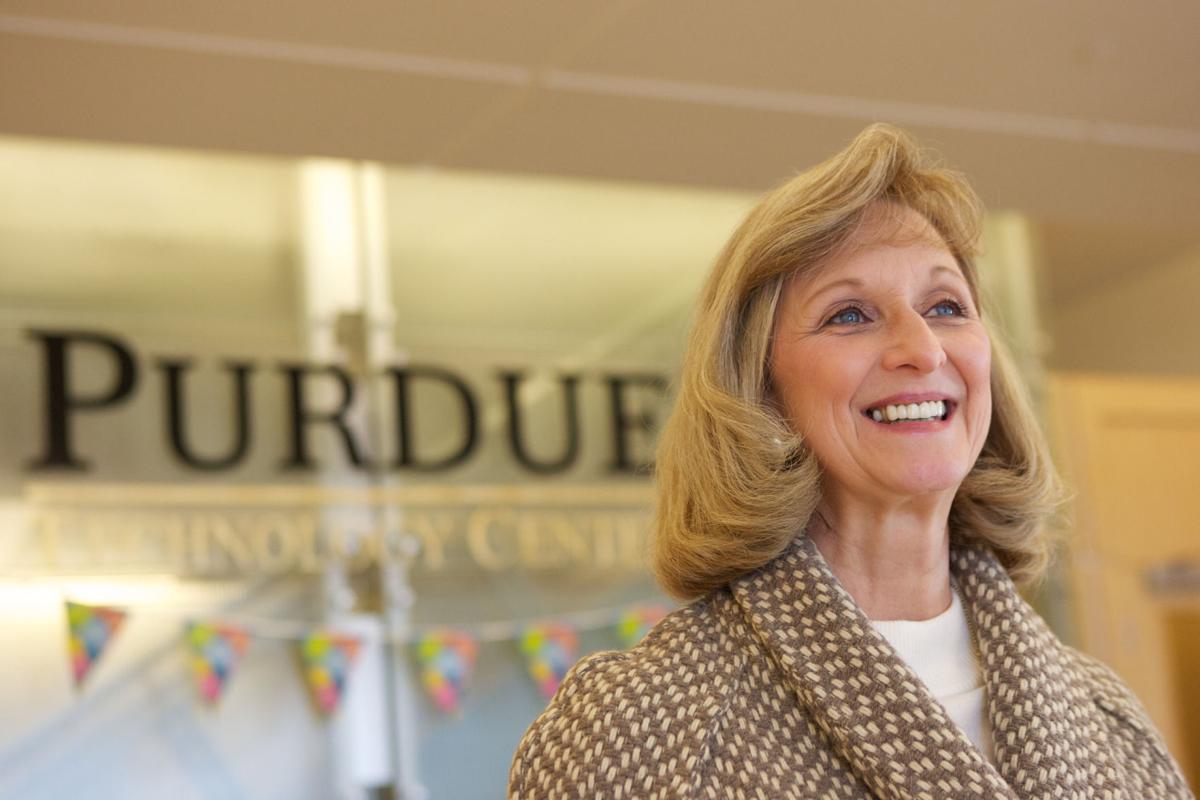 Kathy DeGuilio-Fox, redevelopment director, says Highland is working on an app for walking tours of town. 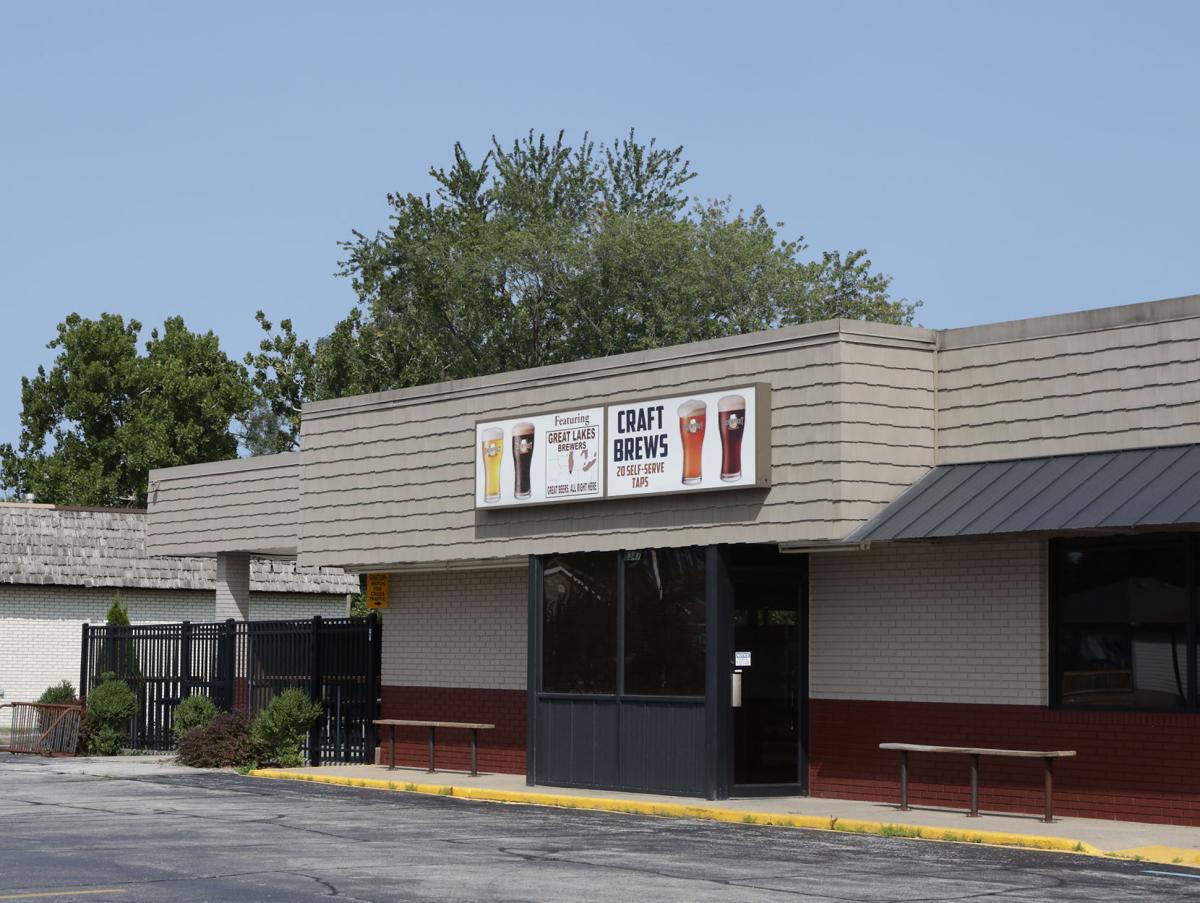 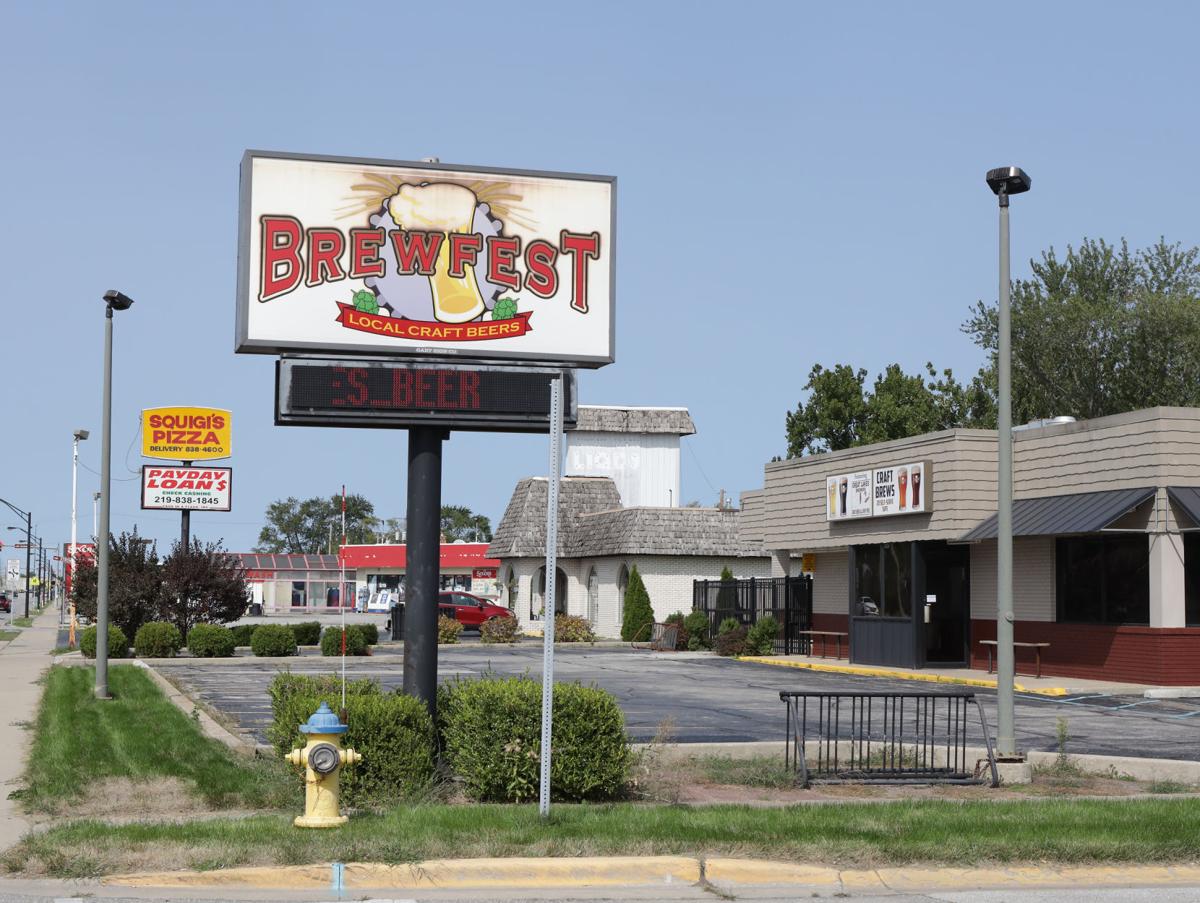 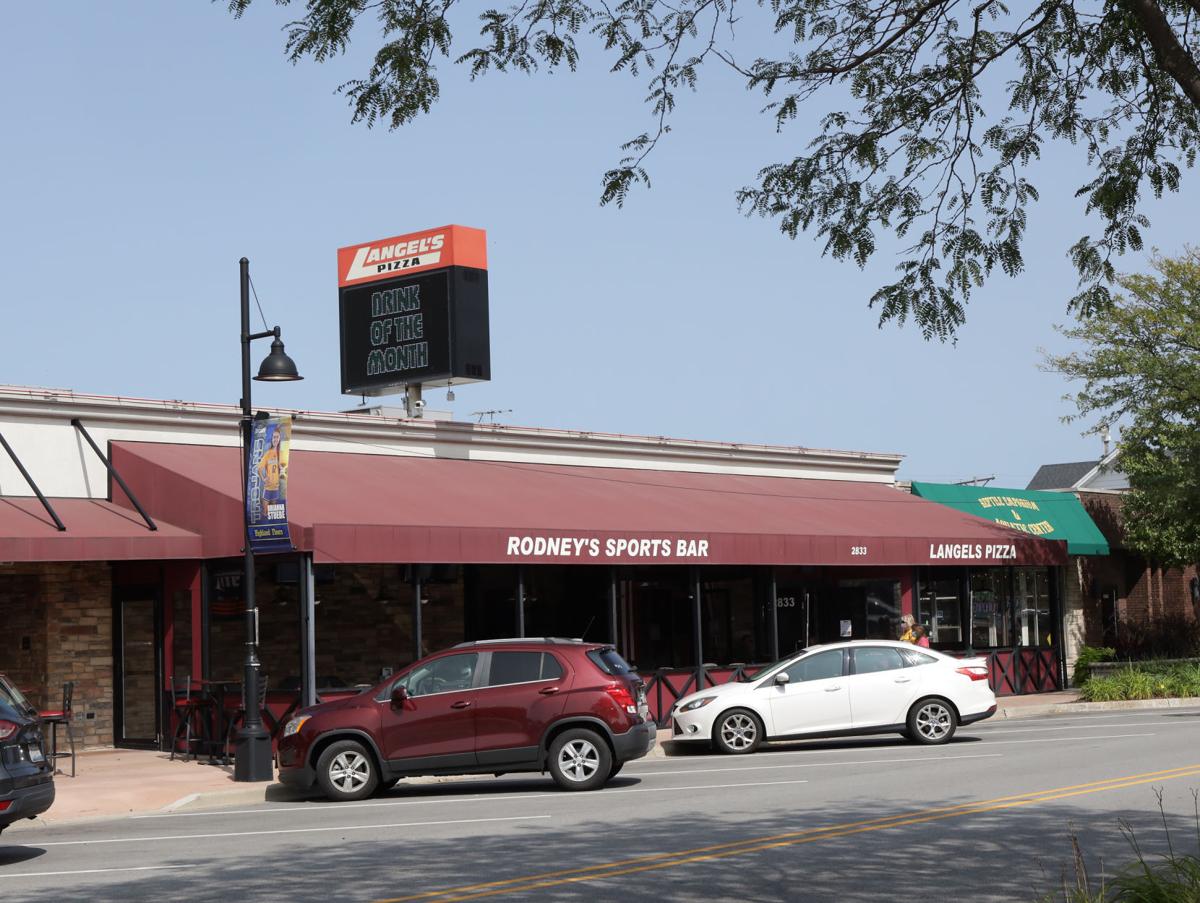 The Highland location is the third for Langel's Pizza, a Region fixture since 1979. 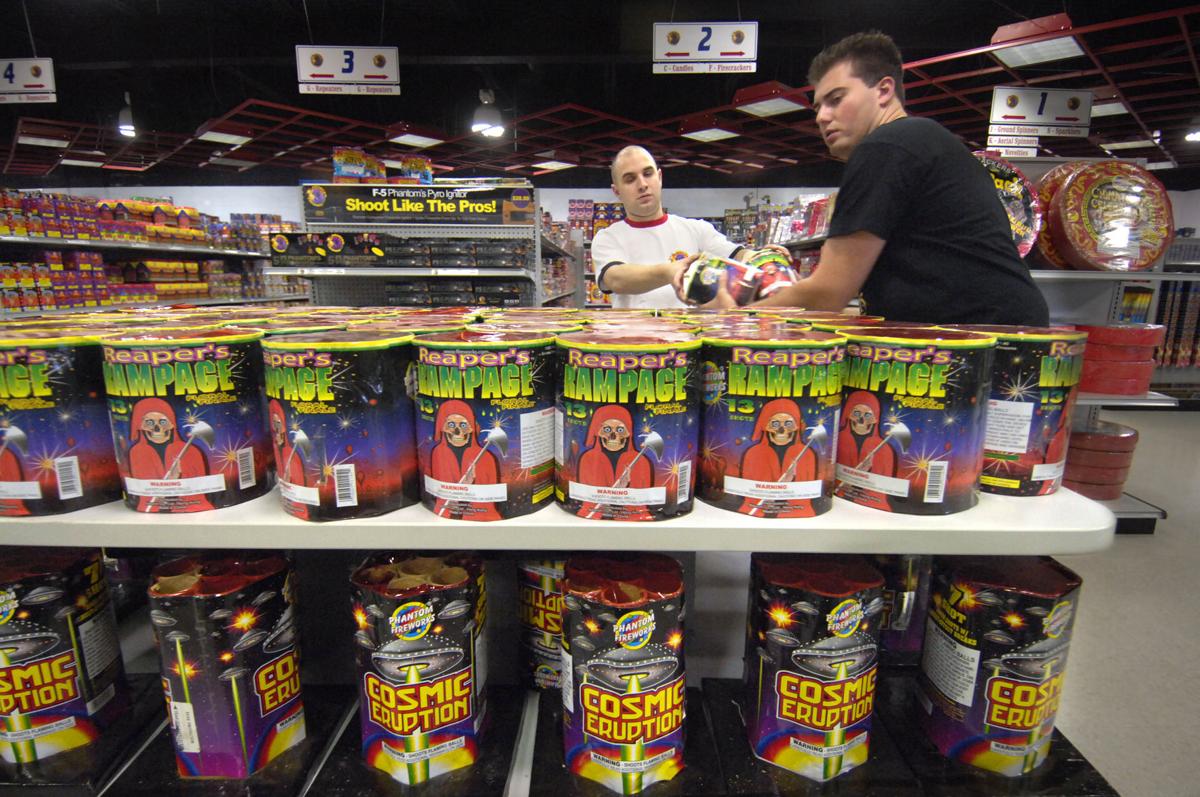 In 1910, a train depot was built in Highland, replacing the one that burned down three years earlier between the tracks of the Erie and Lackawanna and Chesapeake and Ohio railways.

A replica of that depot scheduled for completion this fall with modern conveniences including restrooms as part of the municipal parking lot at Kennedy and Highway Avenues.

“The new depot will have a beautiful map showing the location of the public art murals in the downtown, and we’re working on an app that people can download for self-guided walking tours. We also have a history piece telling a bit about the old train depot,” says Kathy DeGuilio-Fox, redevelopment director for Highland.

The fully landscaped parking lot will also have in charging stations for electric vehicles, bicycle parking and rain gardens with plans for a trolley stop to carry riders on the South Shore extension to Highland from Munster.

‘We hope this attracts cyclists, runners and walkers to Downtown Highland as a place to launch and ... a gateway to Highland businesses,” says Mark Schocke, Highland Town Council, Ward 3.

According to Roger Sheeman, 5th Ward Councilman, there’s a lot of action planned for Jewett Street including the expansion of the Highland Public Library with additional parking. Also, Giuseppe's Restaurant of Schererville will be opening a Highland location on Jewett east of the library.

Fuzzyline Brewing Co., Highland’s first microbrewery, will be opening at 2712 Condit St., in the building once housing Franco’s Sports Bar and Grill. The Highland Redevelopment Commission awarded the owners a Commercial Property Improvement Grant to assist with the renovation.

Sheeman says more projects are in the works. The town is considering moving a gas station at Indianapolis Avenue and Hart Road for a possible  park.

“People ask about the Ultra Food property, and we’ve keep trying to get the owners to do something with it but it’s still a work in progress,” he says.

A senior housing project is proposed to be built on Scheeringa Farm land, says Schocke, adding that there is controversy surrounding the project.

Before opening Che’ Bellezza, a full-service spa at 2715 Main St., Roxanne LaFemina, a graduate of Paul Mitchell School of Esthetics and with training at the Spa at Trump Chicago, managed by WTS International. She also worked at the Ritz Carlton Chicago.

“I really wanted to go off on my own,” says LaFemina, who counts full-body waxing, among her specialties. “My fiancé lived in Munster, and I noticed whenever I visited, they didn’t have places in the area that provided the type of spa options that I do.”

A believer in organic products, LaFemina carries such lines as BDIH, Farmhouse Fresh and iLike.

Besides a long list of facial peel options such as an Organic Mangosteen Lactic 10% Peel Facial, the spa's aestheticians also are trained to use Pro-Cell Micro-Channeling and an Italian style of hard waxing for hair removal. Che’ Bellezza also offers full body massages, ear candling and vajacial treatments, the latter often used as followups to bikini or Brazilian wax to help remove dead skin cells and ingrown hair as well as smooth bumps around the bikini line.

“Lianna does cranial facials and treatments to help injuries with natural healing,” says LaFemina. “We like to offer the kinds of treatment and services that you can’t get anywhere else.”

“I've worked for my dad my whole life,” Nicholette Skocz says of  Rodney D. Langel, who opened his first pizza place in St. John in 1979 before moving two years later to Schererville and opening a store in his hometown of Highland, at 2833 Highway Ave. Skocz spent her time washing dishes, busing tables, answering phones and, as she tells it, doing “just a little bit of everything.”

Her dad is still the head honcho, says Skocz.

“I still run the business with my dad and when he does decide to retire, I would like to continue the family business,” she says.

Why such success? Skocz mentions friendly staff (the number has grown to more than 70, from just three at the beginning) as well as its food. “We have one of the best beef sandwiches around, biggest wings, mouth-watering pizza and a delicious ham and cheese hoagie,” she says. “We make our own pizza dough, pizza sauce from scratch and utilize fresh ingredients from our produce company."

Langel’s runs a “pizza of the month,” and one of its big hits was "The Big Dill,” a dill pickle pizza with a garlic cream base, mozzarella cheese, dill pickles and dill sprinkled on top.

“Growing up, I got to know a lot of the regulars who had been coming in since my dad opened in 1979,” says Skocz. “Now I know their kids that are my age that come in regularly. It is a nice feeling to know must of the people that walk through the door by name.”

When Evan Rowley bought Brewfest two years ago, he had spent years as a distributor for St. John Malt Brothers and so knew many of the local brewers. So he liked the concept of supporting talented and innovative brewers in the area as well as those around the country and the world.

Brewfest, at 8347 Kennedy Ave., was the second location in the country to use PourMyBeer, a self-pour beverage system with a technology that lets consumers dispense their own beer (as well as wine, cocktails and other libations) by inserting a card and pressing a screen. Payment is by the ounce.

“Since we’re foodies, we took a major step during COVID,” says Rowley. “We tried all sorts of recipes and ways of proofing dough and are now making Neapolitan pizzas in house.”

Brewfest starts by cold-fermenting its pizza dough for 48 hours, a practice that slows the fermentation producing flavors and an airiness considered better than conventional doughs. The pizzas are then baked  at temperatures ranging from 800 to 900 degrees.

“We really have mainly one busy time — around the Fourth of July,” says Kane Maiki, manager of Phantom Fireworks, at 8347 Kennedy Ave. “And then business also picks up around the little holidays such as Labor Day and gets busy again around New Year’s Eve.”

Other events that boost fireworks sales are gender reveal parties where parents announce the sex of their unborn babies and Diwali, the five-day Hindu “festival of lights,” celebrating the triumph of good over evil.

Open year-round, Phantom stocks a large array of pyrotechnics. Big sellers include 500-gram Repeaters, a multishot firework containing up to 500 grams of pyrotechnic compound; the 205-shot Phantom Barrage, which bursts into red, white and blues colors; and the New Yorker Salute Finale, a 36-shot 500-gram aerial repeater with red, green and white comets followed next by chrysanthemum bursts and blue stars and goldfish.

“People also like the assortment varieties that we offer,” says Maiki, noting that U.S. Phantom is the largest retailer of consumer fireworks in the U.S.

Region doctor offers new treatment for those with peanut allergy

Palforzia, a type of oral immunotherapy, can help reduce the risk of allergic reactions in children with peanut allergies through desensitization, Patel said.

Estimates show that from now to March 2022, vaccinating 5- to 11-year-olds would avert 430,000 COVID cases in the U.S. population if no new variant arose.

It looks like more people will be gathering for the holidays this year, but there are still precautions to take to keep friends and family healthy.

A Boston hospital is launching a landmark clinical trial to test a nasal vaccine intended to prevent and slow the progression of Alzheimer’s disease.

ON NUTRITION: Trials of preparing food away from home

I'm thankful my husband and I already enjoyed social isolation before it became mandatory. One of our greatest pleasures is to take our horses…

Is it healthy for children to be vegetarians?

Vegetarian diets are healthy for kids, as long as they get key nutrients needed to grow healthy and strong. This can take extra planning at mealtime.

The former Kiddie Shop property at 2706 Highway Ave. is a new dental office.

Fuzzyline Brewing Company, Highland’s first microbrewery, will be opening at 2712 Condit Street, the building that once housing Franco’s Sports Bar and Grill.

A replica of an early Highland railroad depot is scheduled to be completed this fall in a municipal parking lot.

The replica depot, a starting point for biking and hiking, will contain a map of Highland's public art.

Kathy DeGuilio-Fox, redevelopment director, says Highland is working on an app for walking tours of town.

The Highland location is the third for Langel's Pizza, a Region fixture since 1979.